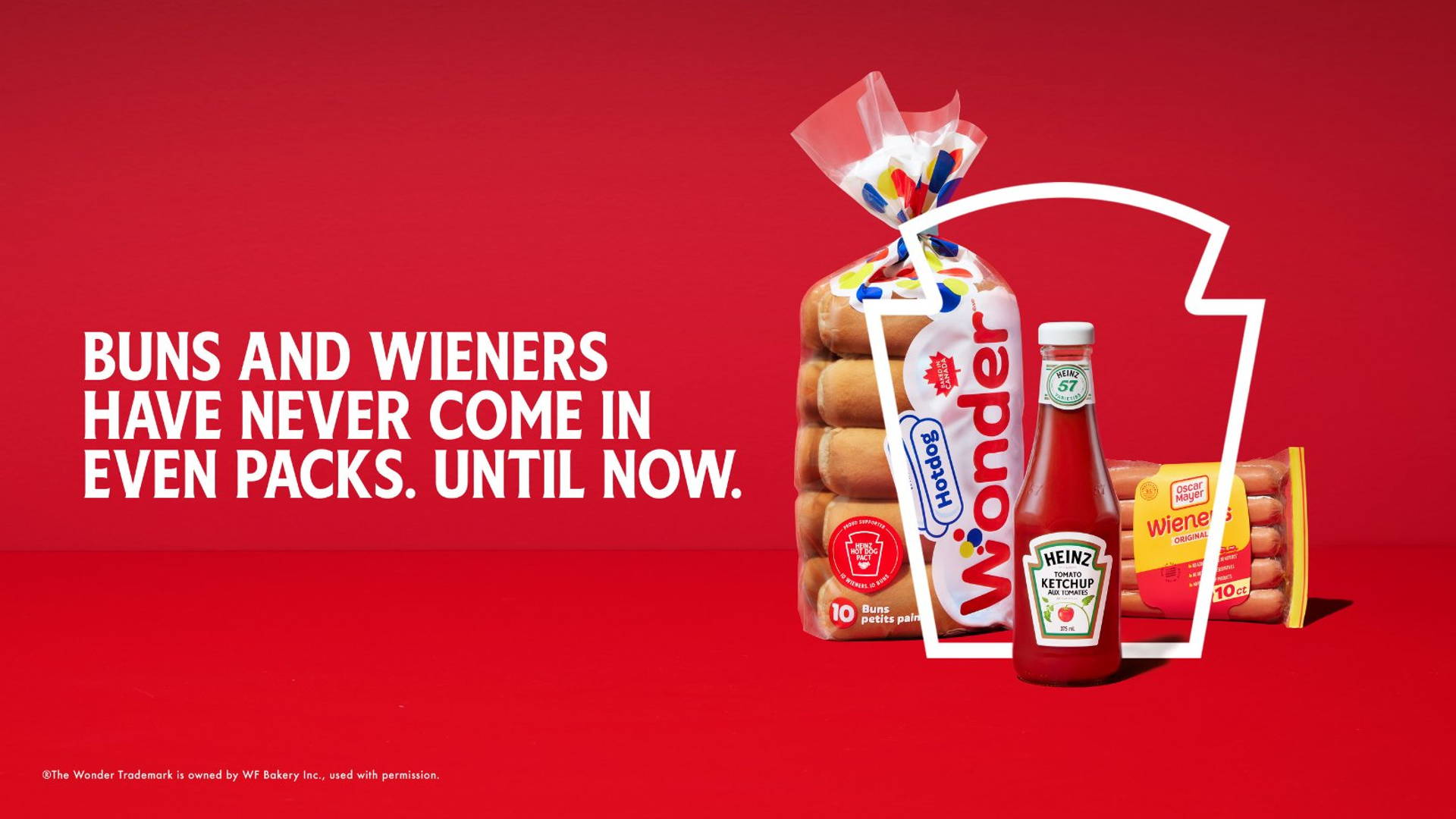 According to the National Hot Dog and Sausage Council, a genuinely not made-up trade association devoted to promoting wieners and other tubed meats, the mismatch between packs of buns and hot dogs goes back to the 1940s as prepackaged hot dogs became popular in supermarkets.

According to the trade group, Oscar Meyer started the trend by selling 1.6-ounce links, giving the total package weight of 16 ounces, or one pound. Other brands followed suit, making ten packs of dogs the defacto standard. Unfortunately, a different standard was at work on the bakery side, with four bun pans being the norm, leading to 8-bun packs.

For eight long decades, hot dog makers and bun bakers have operated with little coordination, much to the chagrin of lovers of frankfurters. Though the Hot Dog and Sausage Council consider topping dogs with ketchup uncouth for adults, Kraft Heinz has reached across the supermarket aisle and teamed up with Wonder Bread to finally offer consumers matching quantities of buns with dogs. Heinz is known for the tomato-based condiment, but corporate parent Kraft Heinz also owns beloved hot dog maker Oscar Mayer.

Of course, Heinz is no stranger to the 10-bun pack dream. Last year, the brand launched a petition on Change.org, making an earnest please for bun and dog equality and earning nearly 34,000 signatures.

The packaging design for the ten-count pack doesn’t stray too far from the typical Wonder hot dog bun bag, but it does have a large red label indicating it's part of the Heinz-brokered pact.

“Heinz has brought hot dogs and buns together for more than a century, so we felt like it was our duty as the world's most iconic ketchup to rally our passionate fans and champion change for the age-old issue of unequal buns and wieners packs,” said Nina Patel, head of North American brand communications at the Kraft Heinz Company, in a press release. “Today marks a monumental day for hot dog fans, and we're thrilled to announce that Heinz has done it. We brokered a partnership with Wonder to finally create buns in packs of 10.”

Yanks might consider hot dogs an American food, but the ten-bun packs for Wonder will only be available in Ontario, Canada starting June 23rd, just in time for summer grilling season. Kraft Heinz is encouraging everyone who wants to end the madness to sign its petition at HeinzHotDogPact.com.

Not Just Another Seltzer Cliché, Meet The Brand With Packaging Designed By Public Address