The ocean is both a place of mysterious wonder and blissfully serene nature, and Mattéo Tabutieaux has done an excellent job of blending these two qualities into the packaging design for Okeanós.

The packaging system for this fish product is simple through a gorgeous blue fish illustration balancing the crisp white packaging. The typeface Mattéo chose mimics the angular lines within a fish's skeleton, but in an artfully understated way. Furthermore, the detail of pulling the fish's tail to reveal the product within adds a sense of whimsy and playfulness that most brands lack.

Yet, while whimsical, this product's packaging is stunning and elegant. 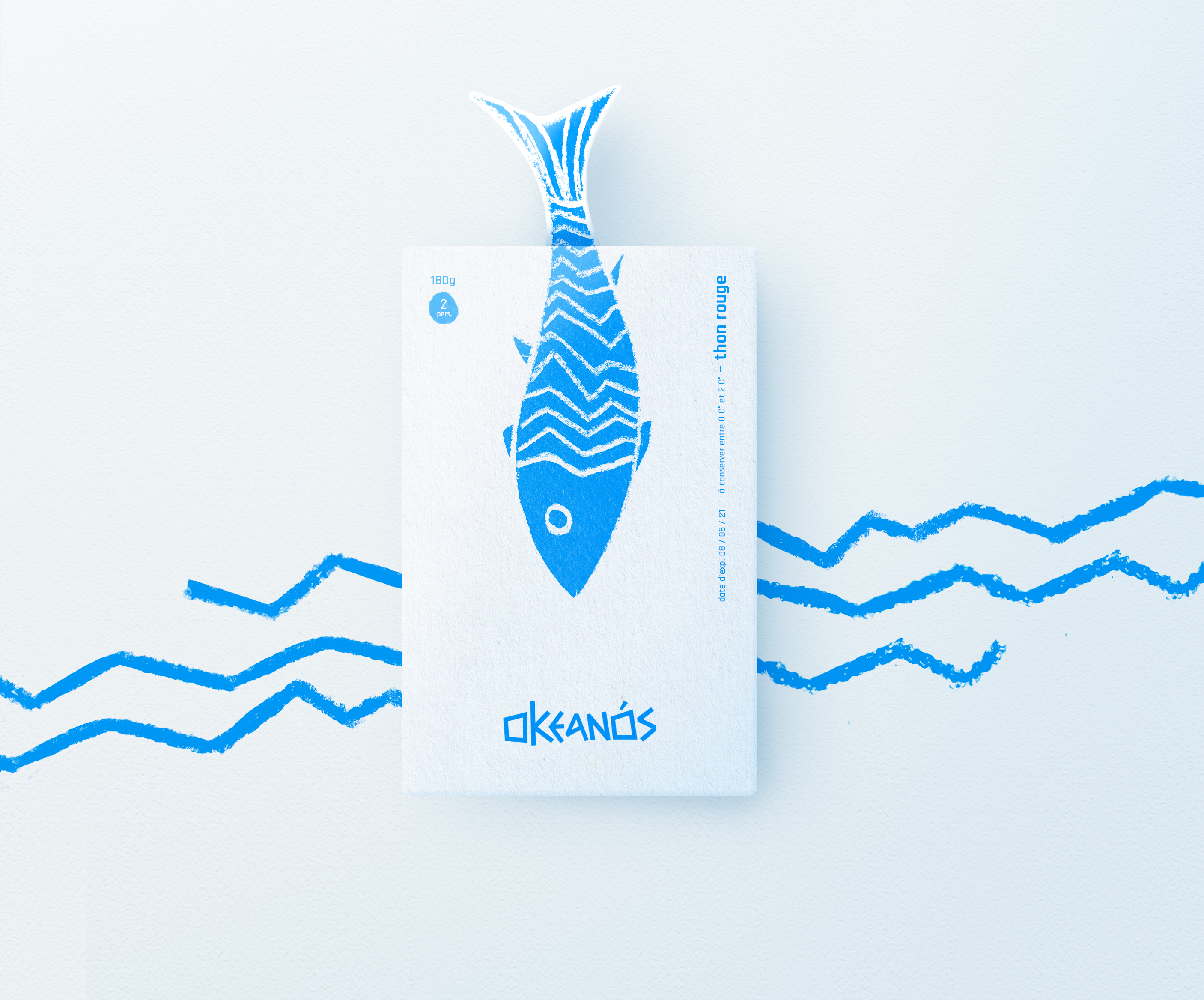 ln Greek, Okeanós means the ocean. I made this choice to give the brand a top of the range feel. Similar to the words in the sustained vocabulary, it brings a certain nobility to this visual identity, just like the products offered by Okenanós. The name inspires Greece and its freshness in the colors, with a bright white and an intense and characteristic blue. The typography, with its "engraving" look, is taken from the Greek style. The logo has a lot of personality.

The fish illustrations are the essence of the Okeanós packaging. The grain of the paper is felt on the illustration and gives charm while keeping the typical Greek "white stone" spirit. The graphie motifs contrast with the simple, even basic shape of the fish. The principle of opening the packaging is common, but combining it with the illustration, making it part of it, is new. By doing so, the packaging gains in originality and is recognizable, it even becomes its main characteristic. The typography chosen complements the very angular logo perfectly. lt brings a touch of modernity while remaining in line with the brand's universe. The small details such as the circle made in the same way as the illustration, the side motif that takes up that of the fish and the "stamp" on the back confirming the date of fishing of the product bring a "handmade" side and emphasize all the traditionalism in fishing that Okeanós promotes.