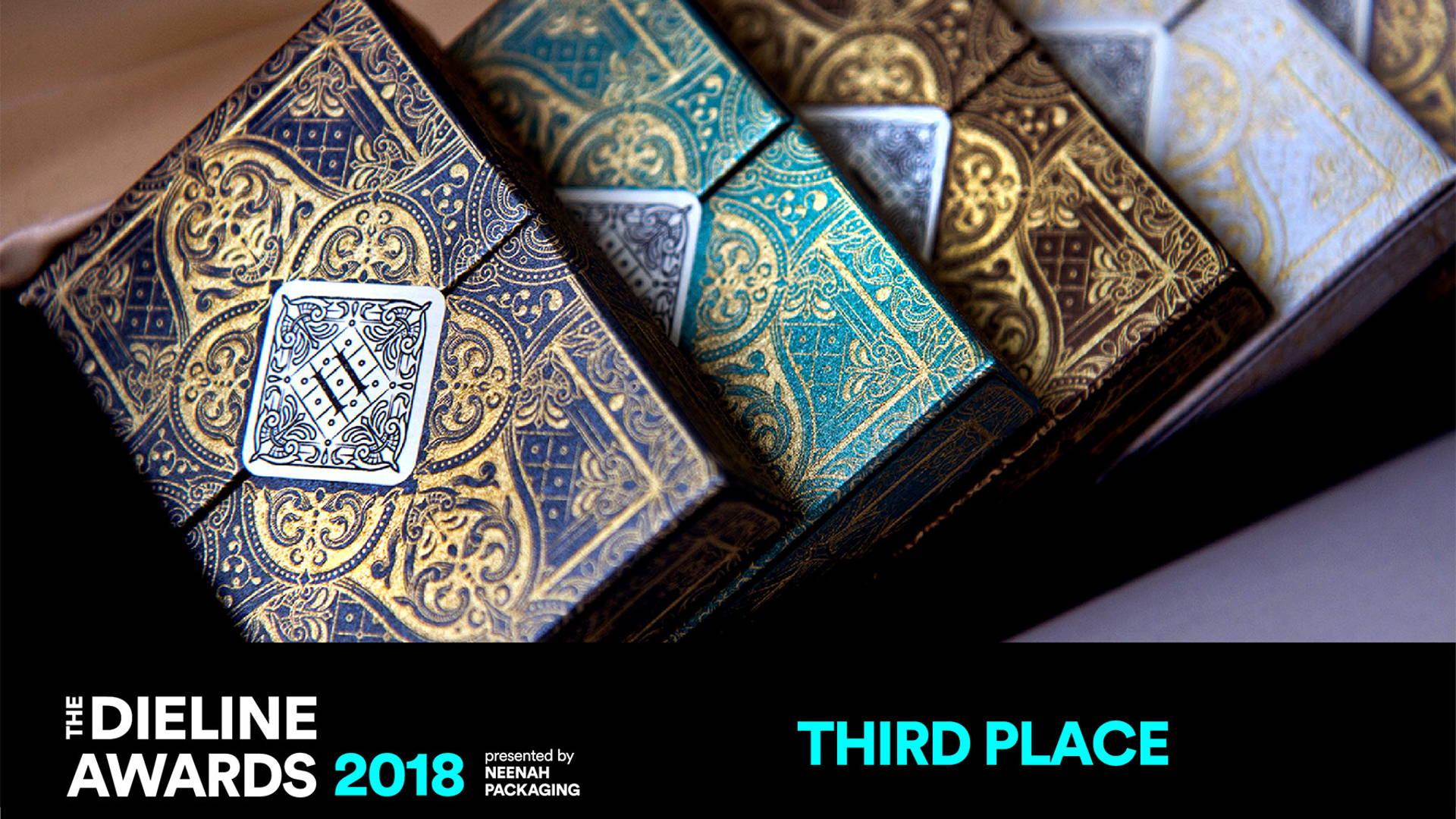 In 2017 the 2nd Annual National Playing Card Collection Day (NPCCD) was celebrated. Created by Seasons Playing Cards, this holiday was made as part of their mission to help people rethink the way they look at cards - shifting from the typical mindset of games into an accepted medium of art for collectors worldwide.

PROBLEMTo build awareness around the newly created holiday, Shung Shung designed a product for the client Seasons Playing Cards that would direct traffic intrigue from the public into the small niche. The challenge was to establish a new market category by packaging a new mindset rather than just a physical product itself. We had to go beyond surface level graphic reboots and completely re-engineer the way people experienced playing cards, starting with a new innovative package design.

DESIGN INNOVATIONThe initial starting points of the design were the emphasis of ‘2’ for the second annual celebration and the quatrefoil – a symbol that represented hand craftsmanship in the pre-industrial revolution and eventually evolved into a symbol for luxury.The new dieline for this project is what Shung Shung calls the “Pluck Tuck”. The packaging was built from the ground up. In celebration of the second annual, the box splits into two pieces contradicting the industry standard one-piece tuck box. Rather than using a typical head-and-shoulders dieline, the cards inside already create a natural guide eliminating the need of the inner sleeve. This allowed Shung Shung to invert the concept and instead develop an exterior friction sleeve which provided a valuable opportunity in real estate for titling and limited edition numbering of each box.The sleeve is cleverly shaped to maintain friction along the edges to keep the box together while being held upright, while still allowing the user to easily pluck open the box to reveal the cards inside. This innovative package design causes the user to rethink about the way they interact with the cards causing a more memorable and differentiating experience.

PRINTING INNOVATIONWe wanted to use the beautiful handcrafted printing process of engraving on the packaging but needed to keep production within budget. The solution was to figure out a way to produce the inner box to a single plate design that could be used for both top and bottom halves.If the left flap was glued over, legal would show to create the bottom half. If the right flap was glued, the edition name would show making it a top half. Face panel flaps folded inwards increased rigidity of the structure while also enabling us to achieve bonus interior printing. All of this was done in a single press run which allowed the project to take advantage of economies of scale while still maintaining it as a limited edition item.

MARRYING MATERIALSWe printed the raised metallic gold engraving onto NEENAH® pearlescent paper. By pairing the metallic engravings to the pearlescent stock we were able to marry the matching shimmering aesthetic together into the overall visual design system that we could not achieve with the single planar reflection that foil gives.The inner box is officially sealed with a Roman numerical made to look like stitch marks that connect the deck together before the seal is broken.MARKET RELEASEThe culmination of innovative box engineering, beautiful limited edition designs, and luxury quality print execution created a set of packaging that succeeded in helping start a conversation and changing the way the regular market looked at playing cards from standard commodity to artful collectible. The entire run sold out in less than 24 hours. 100% of the profits were donated to support the associated card collection database Portfolio52.com.