A Piece of Muse Delivers A Little Piece Of Korea

Growing up in Korea, I’ve seen some of the young generation of Koreans regard traditional things as old-fashioned and don’t hold them to much value. Also, there are some people with a negative view of K-pop. How can Koreans strengthen the power of the national brand in this situation? It’s critical to improve civic awareness of traditional culture and K-pop. What is the best place to access Korean culture? Modern cafes are a complex cultural space where consumption is combined beyond just drinking tea and consumption of various culture and arts is taking place. The cafe, which is open to anyone and is easily accessible, attracts locals and tourists.

A Piece of Muse is a cafe to strengthen Korea's national brand by promoting K-pop and the beauty of traditional Korean culture. Unlike traditional cafes, a Piece of Muse reinterprets tradition with a modern and hip retro ambiance, helping not only tourists but also locals to feel attracted to Korea's traditional beauty. A Piece of Muse hopes that people can experience K-pop culture from a new perspective and appreciate old generation culture.

The cafe consists of three components: A Piece of Muse, that is inspirational K-pop idols, a Piece of Art, represented by unique graphic arts inspired from K-pop artists and music and a Piece of Taste, that is traditional Korean tea and desserts.

K-pop conveys romantic and beautiful lyrics about emotions, which is the source of inspiration for my art. I named it "a piece of muse," hoping that people who stay in the cafe could experience a new "piece" of K-pop. I have established Korean identity by naming it "Jogak" which means "Piece" in Korean. Representing the brand, three main colors are inspired by the Korean flag. Paired with color palette, a Piece of Muse uses bold serif typefaces in order to speak to the retro personality of the brand. The main symbol of the design is the use of logo or a star. The star floating in the night sky is a representation of romantic atmosphere and unifies all brand elements. A goal of the design is to help make it memorable and high quality.

I tried to make the traditional beauty unique and hip culture by modernizing Korean traditional culture. For example, it is traditional Korean culture to enjoy refreshments with tea. Korean tea and desserts are known to be beneficial to health. They have various natural ingredients such as fruits, grains, and root vegetables. I created illustrations with these original ingredients to symbolize each food.

From old times, Koreans used to serve luxury tea when entertaining rare guests. So traditional tea in aesthetic and refined packages is a popular gift not only for tourists but also for locals. Our tea has a total of six kinds, which can be purchased individually or as a tea set. The assorted tea set includes six tea illustrations, each of which shows what kind of tea it is when you open the box. 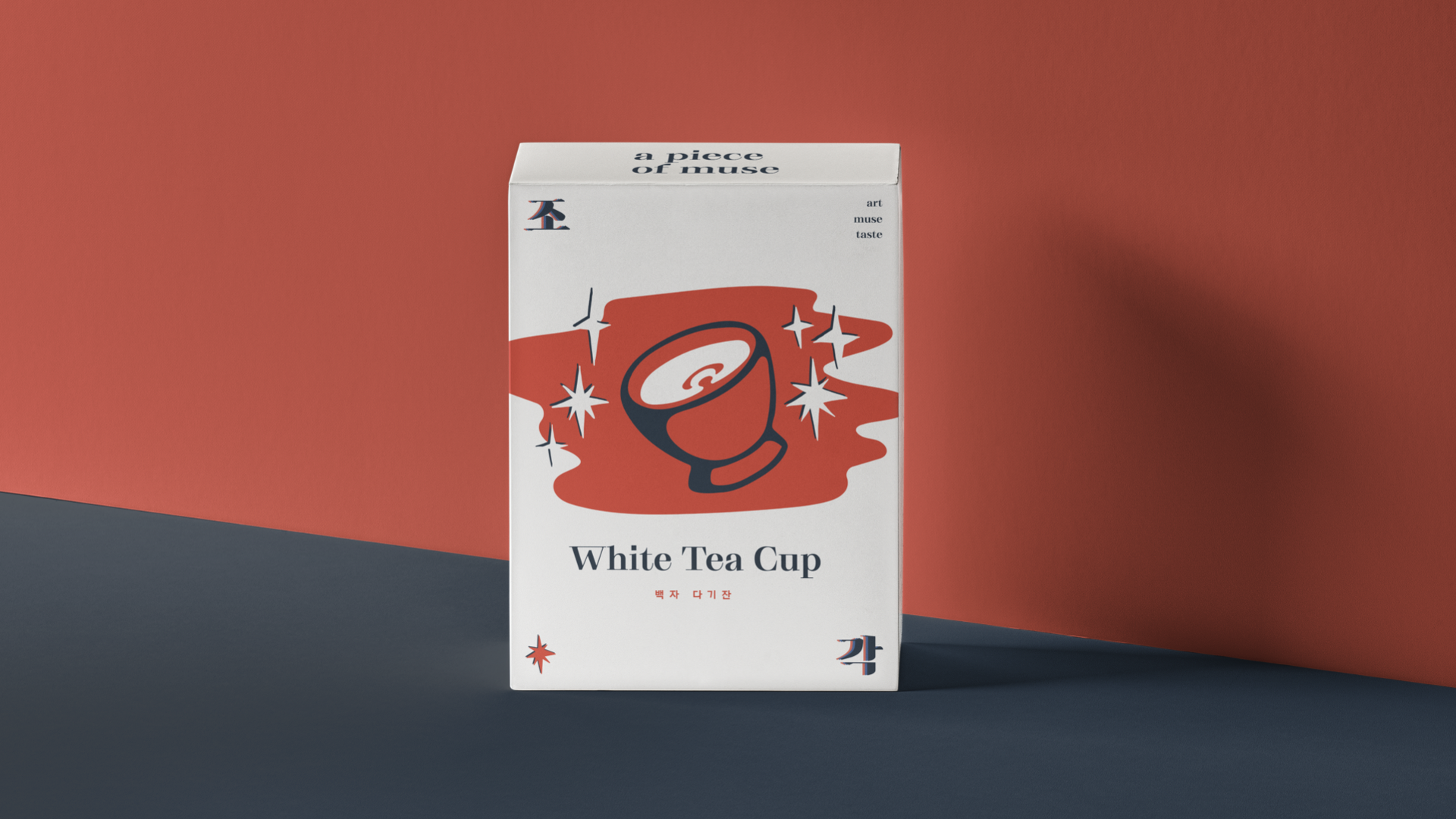 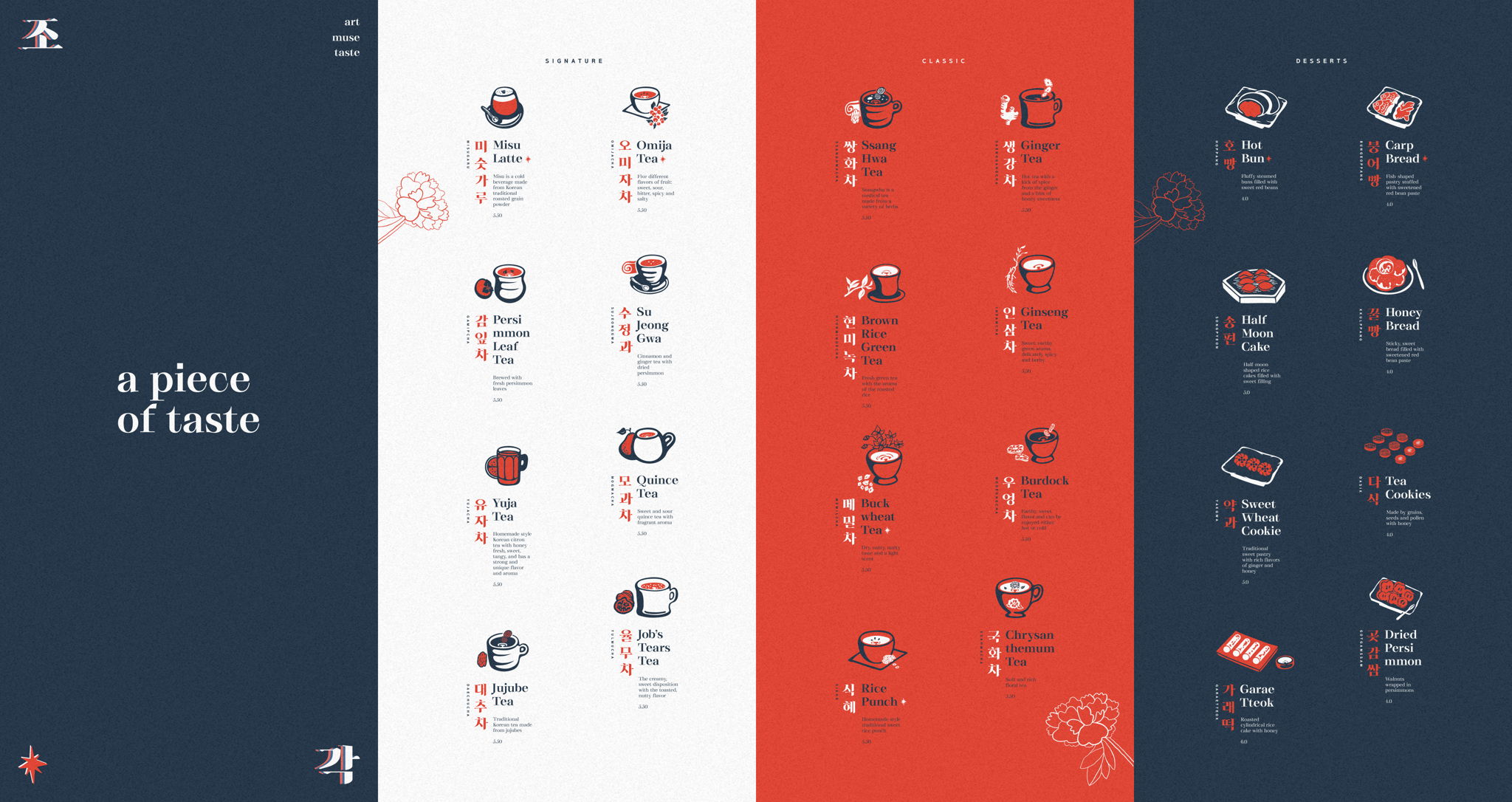 I expanded this food illustration from menu to packaging. The bi-fold menu has three colored sections, each represents Signature, Classic and Dessert. Overall, elements of the menu create a strong visual hierarchy with illustrations, Korean, English names, detailed explanations and the pronunciation of food. Tea, Korea’s representative traditional cultural product, is a signature gift of a Piece of Muse.

I established a brand identity by creating illustrations of K-pop culture as well as food culture with my interpretation. A Piece of Muse’s K-pop illustration is inspired by a K-pop group called BTS, a seven-member South Korean boy band. BTS has always been a promoter of K-pop culture. Their performance, full of traditional Korean elements, shows the beauty of Korea to the world. Thanks to BTS, there is now a positive move to change the Korean cultural industry. BTS is a muse that symbolizes 'a piece of muse,' and the illustrations on each vinyl record represent members of the group. Vintage vinyl has much value for collections. Also, the vinyl cover makes a great art for interior, and the fact that you own it functions as an art collection. 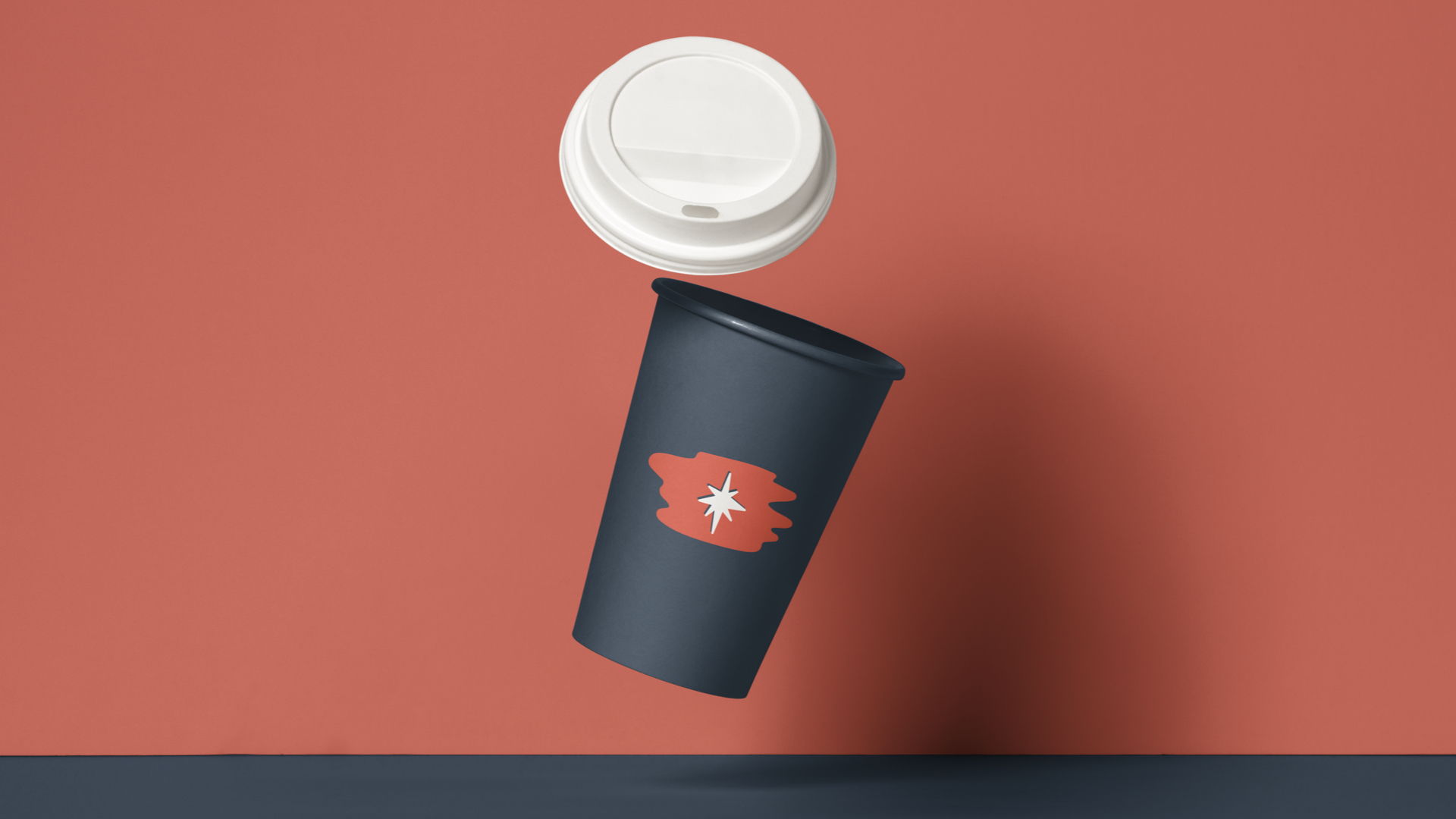 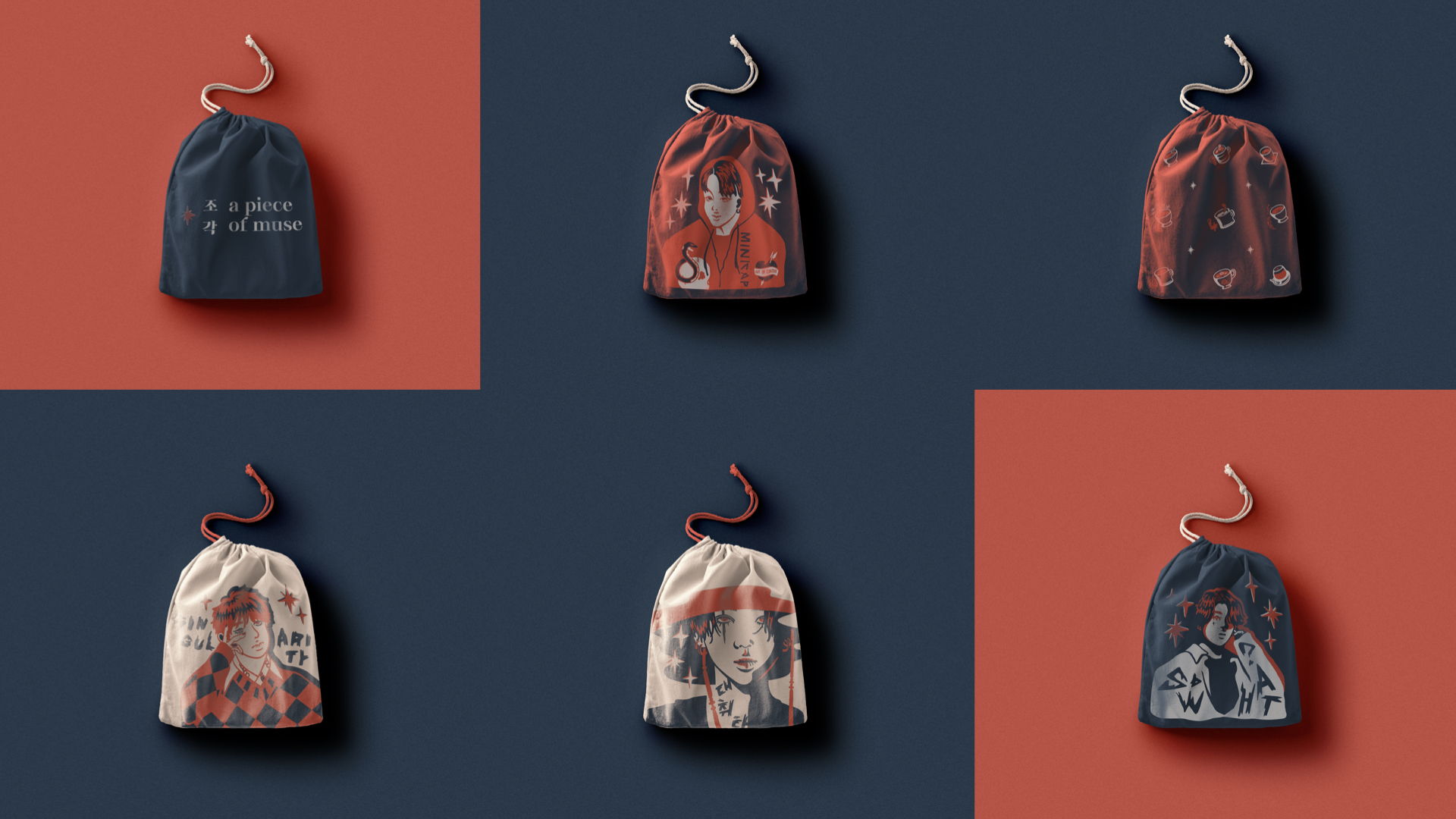 A Piece of Muse’s another representative item is a linen drawstring pouch inspired by Korea's traditional lucky pocket. This pouch can store ‘a Piece of Tea’ and is easy to carry. This pouch offers three design choices: food patterns, K-pop muse and basic style. I wanted to expand design options to satisfy various consumers according to ages and tastes.

Just as mugs are indispensable to coffee lovers, high-end teacups are essential to tea lovers. Korean pottery has been loved with its unique color and design. A Piece of Muse’s teacups are a modern version of Korea's representative pottery with two choices of colors, white and celadon. An identical form such as the tea package unifies brand elements.

Besides gifts, a Piece of Muse provides high quality takeaway items such as to-go cup, paper bag, napkins, and shopping bag. With “a piece of muse,” you will be able to see, feel and taste “a Piece of Korea”.