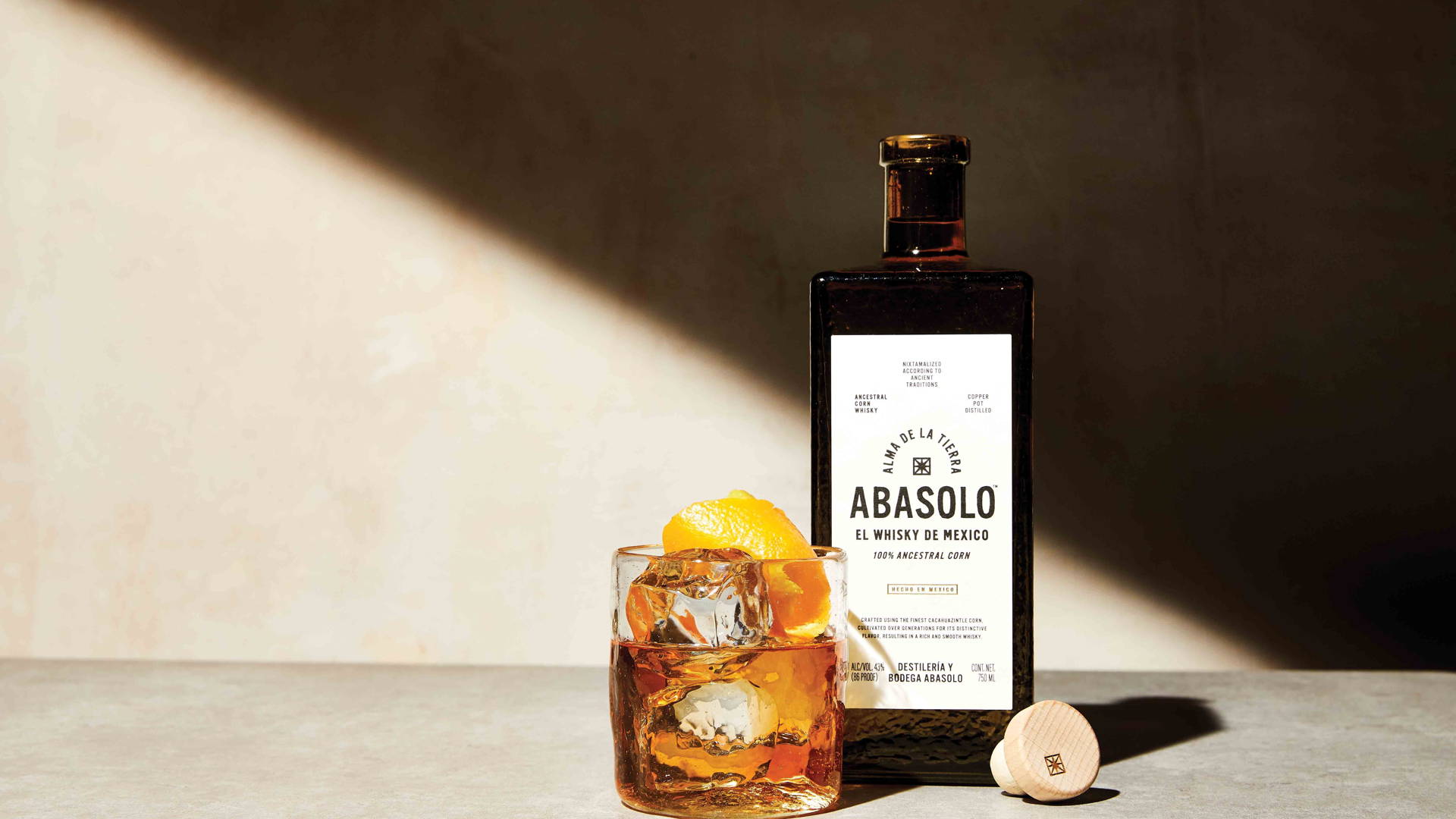 Sometimes when a product is rooted in history, direct design is the best approach. We're loving the simple-yet-effective design for Abasolo Ancestral Corn Whisky. The parchment label pairs beautifully with the embossed typography in jet black. Staying true to it's historical influences, the wood topper is an incredible touch that roots the spirit in it's traditions.

Mexico is home to hundreds of ancestral corn varieties, some of which have been cultivated for centuries, and all of which represent the region’s biological and cultural history. Abasolo Ancestral Corn Whisky is proud to pay homage to this heritage with the launch of their 100% ancestral corn whisky.

The journey to crafting this 100% ancestral Mexican corn whisky begins with the heirloom varietal of corn called "Cacahuazintle" — a locally grown, GMO-free variety that has been passed down by generations of local farmers for the bold flavors present in its thick, textured kernels. These flavors are further drawn out by a 4,000-year-old traditional process called nixtamalization. When used in the production of Abasolo, nixtamalization allows the distillery to leave other grains out of the mash, cementing Abasolo’s status as Mexico’s first pure, ancestral corn whisky.

All of this happens at Destilería y Bodega Abasolo, the only distillery dedicated entirely to Mexican whisky made from Mexican ancestral corn, located in Jilotepec de Molina Enriquez. There, the liquid undergoes double distillation in handcrafted copper pot stills and is finished in new toasted and used oak casks. The result is a unique and distinctive taste rooted in and derived from Mexican tradition and history.

With a vintage-inspired, textured amber glass, wood burned closure, and minimalist, embossed label juxtaposed against a strong linear bottle form, our Abasolo packaging reflects both the history and heritage of Abasolo's whisky-making process along with its modern, state-of-the-art distillery.