The Untold Story of Kentucky Whiskey

Not only is The Untold Story of Kentucky Whiskey creating conversation surrounding how African Americans have moved the spirits industry forward, but it's promoting diversity and inclusion within the industry. The bottle is designed by Stranger and Stanger and focuses on sharing the first chapter's mission. Additionally, the bottle design is sleek, with a gold ribbed top and a curved bottom. The gilded details on the label add a touch of luxury while the ripped paper effect grounds it all. 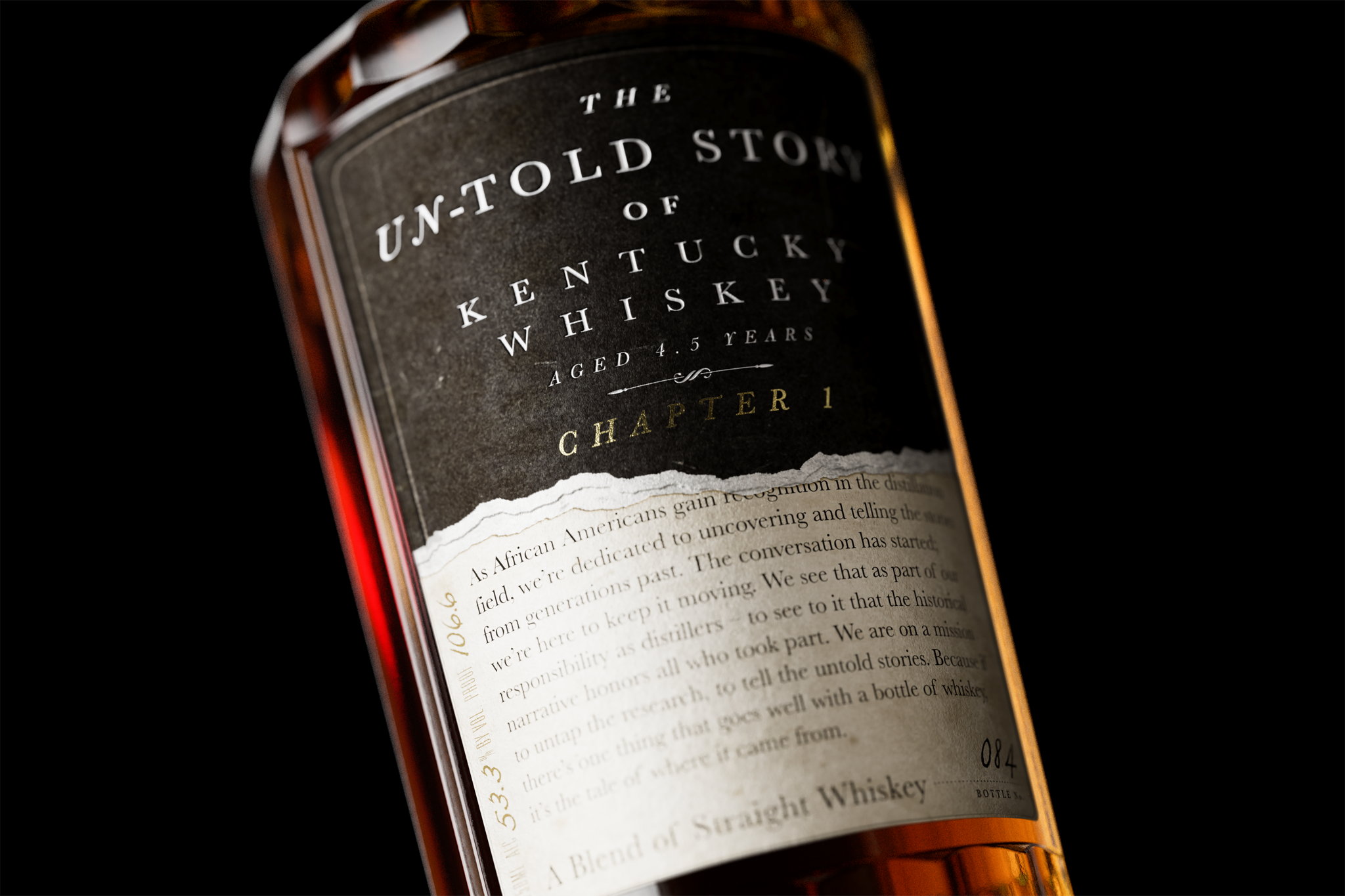 Over the course of the last decade, the whiskey industry has undergone a long-overdue reckoning of its history. That reckoning has lifted overlooked figures–such asNathan “Nearest” Green, the man who taught Jack Daniels to distil–and sought to address the disproportionately low number of Black distillers. With its new release, The Untold Story of Kentucky Whiskey, Kentucky’s Castle & Key Distillery hopes to help move that conversation even further into the light.

Released in collaboration with the Kentucky Black Bourbon Guild–with a bottle designed by Stranger & Stranger–The Untold Story will help write a new narrative of American whiskey, in annual “chapters,” with each iteration telling another aspect of how African Americans have contributed to the spirits industry. True to the spirit of the project, 100 per cent of the proceeds from The Untold Story–this chapter and the ones that will follow–will support the Castle & Key Scholarship Fund, to promote diversity and inclusion within the distilling industry.