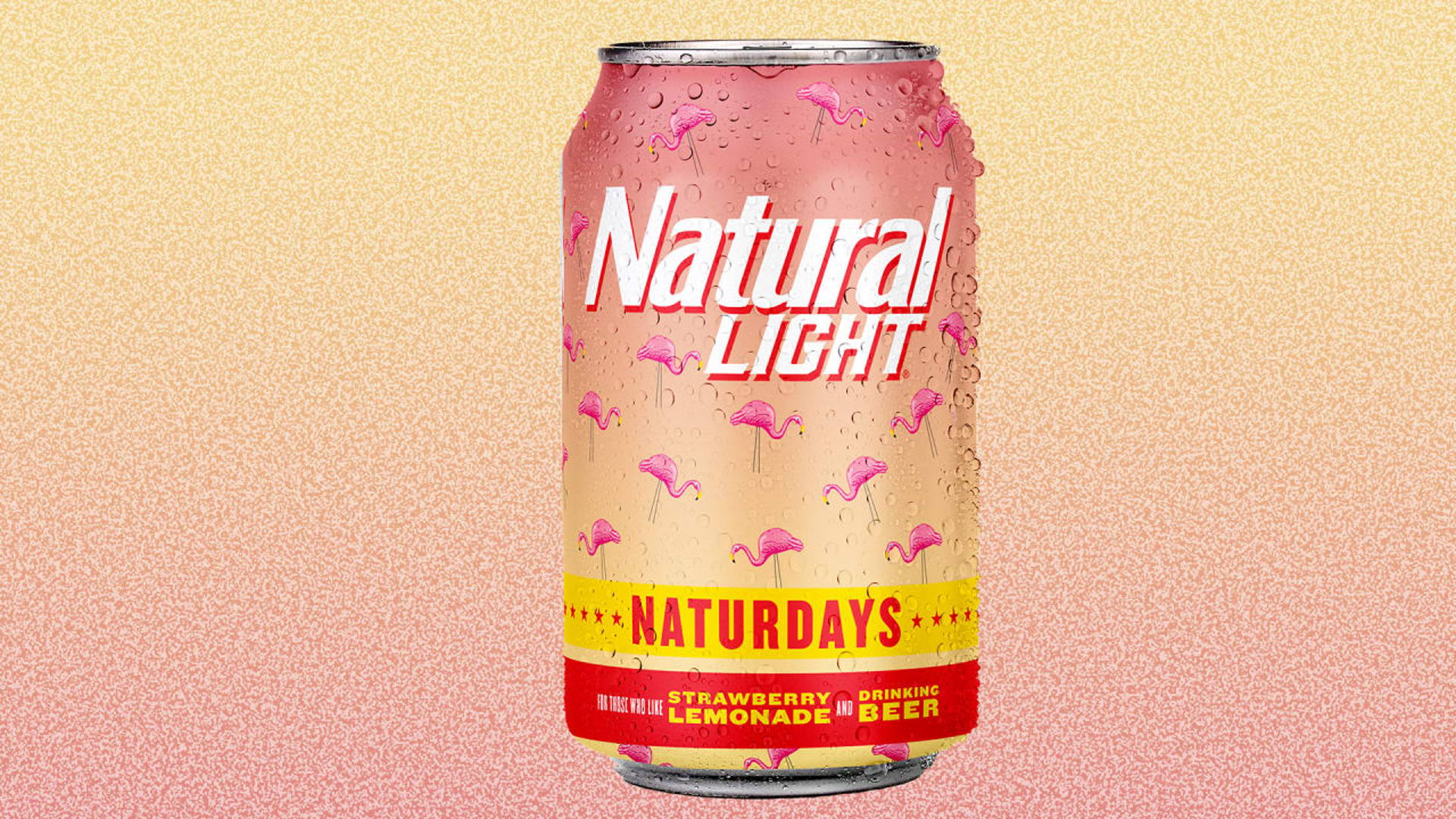 Natural Light, Anheuser-Busch‘s first light beer, is the 8th highest selling beer in America. As a result, it’s a mainstay of college parties, good times, and hairs on dogs, or so we’re told.

One of those good times is described by Natural Light as a “Naturday.”

“It’s the perfect storm of good things coming together to create an epic day,” says Daniel Blake, Senior Director of Value Brands at Anheuser-Busch. In addition to having a “Nattyism,” Naturdays now also have their own namesake brew, a strawberry lemonade flavored session lager that starts with a subtle, fruity taste but finishes just like a beer. 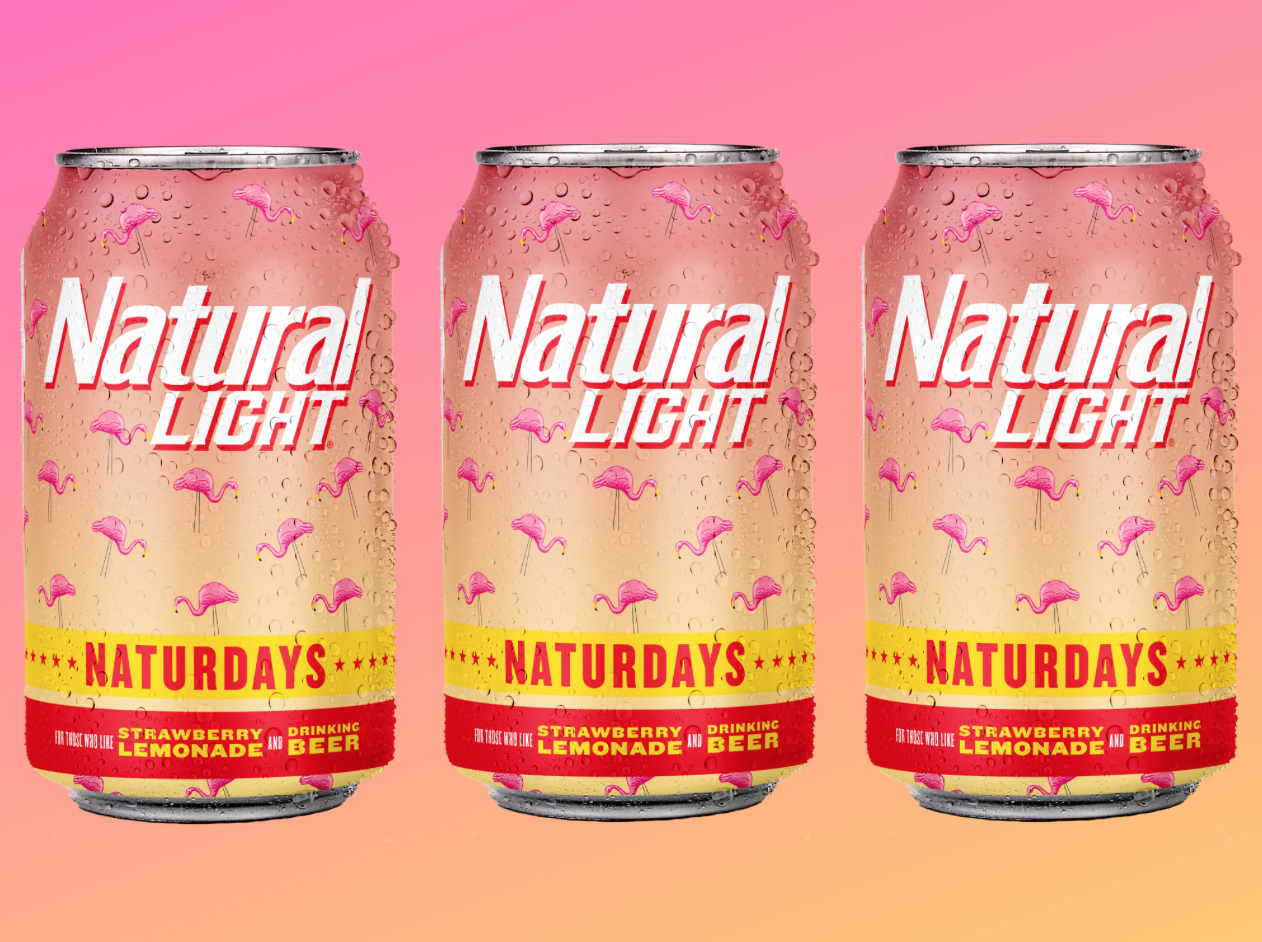 The packaging, designed in-house, looks as quirky as the beer sounds. According to Blake, they wanted to create packaging that was unique, unexpected and eye-catching.

“The brief was to create something colorful, warm, exciting and unlike anything you’d ever seen before on beer packaging,” he says. The boxes and cans use a pink-to-yellow gradient, with a bright yellow ring surrounding “Naturdays” with stars. Below there is a red band with yellow text describing the brew as a “strawberry lemonade and drinking beer.”

Better still, the can is festooned with lawn flamingos. It is not a visual direction most beers would consider, but given the brand’s self-awareness and history of light-hearted messaging, they make it work. 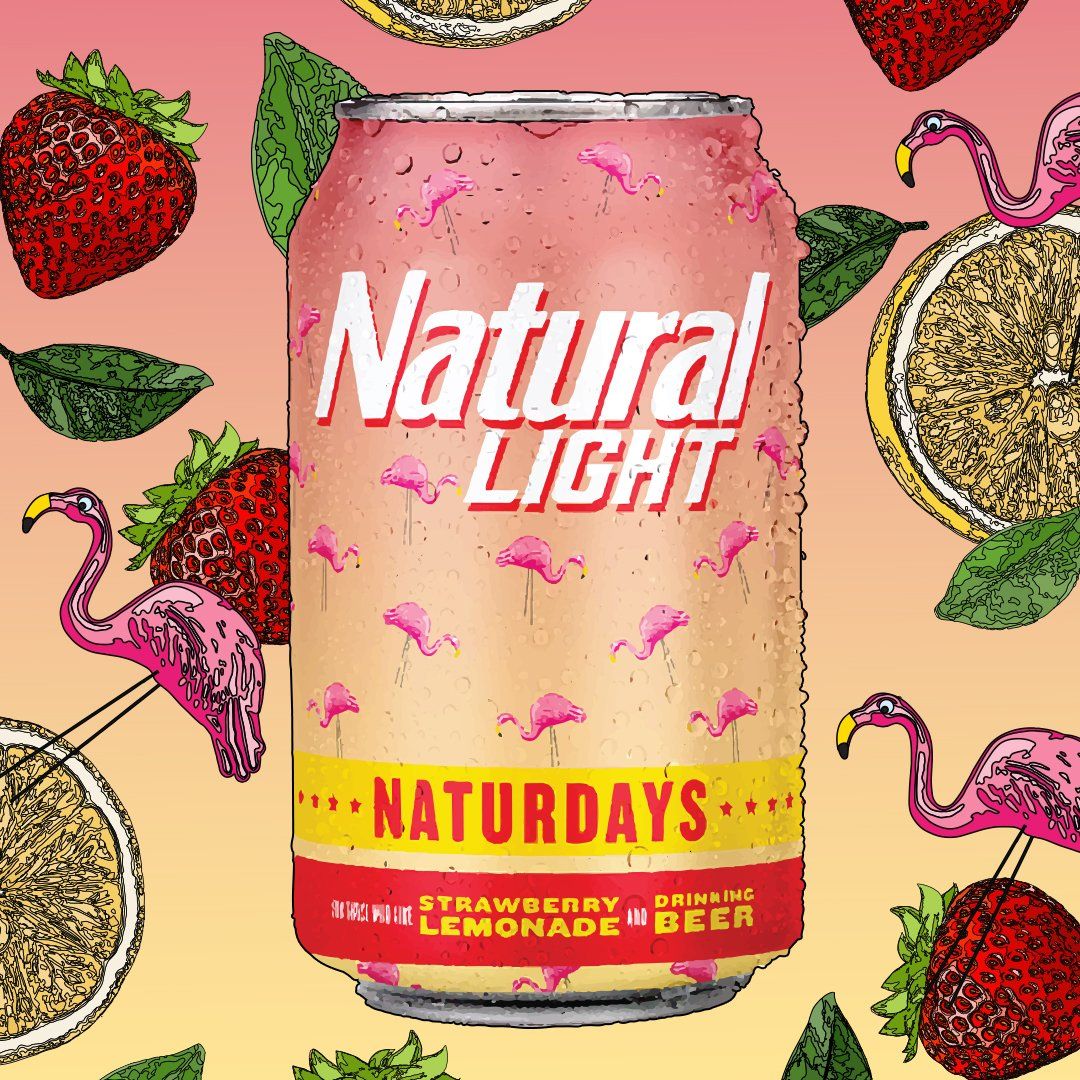 “We wanted to ensure the can still had the look and feel of Natural Light, but with a twist that conveyed the Naturdays ethos and strawberry lemonade flavor,” Blake says. “The color palate consisting of the pinks and yellows really brings to life the flavor, but then we needed something else to represent the Naturdays lifestyle.”

The idea to include flamingos on the packaging came quickly once, Blake, says they realized they needed something that people would associate with warm weather, social activities, a good time.”

“Flamingos are the best representation of Naturdays and people who live the Natty lifestyle. Inherently, they are majestic social creatures that always flock together and create epic memories. Flamingos were the inspiration, so we brought it to life through the vibrant packaging,” Daniel Blake says.

Pamper Yourself At Home With Aroma