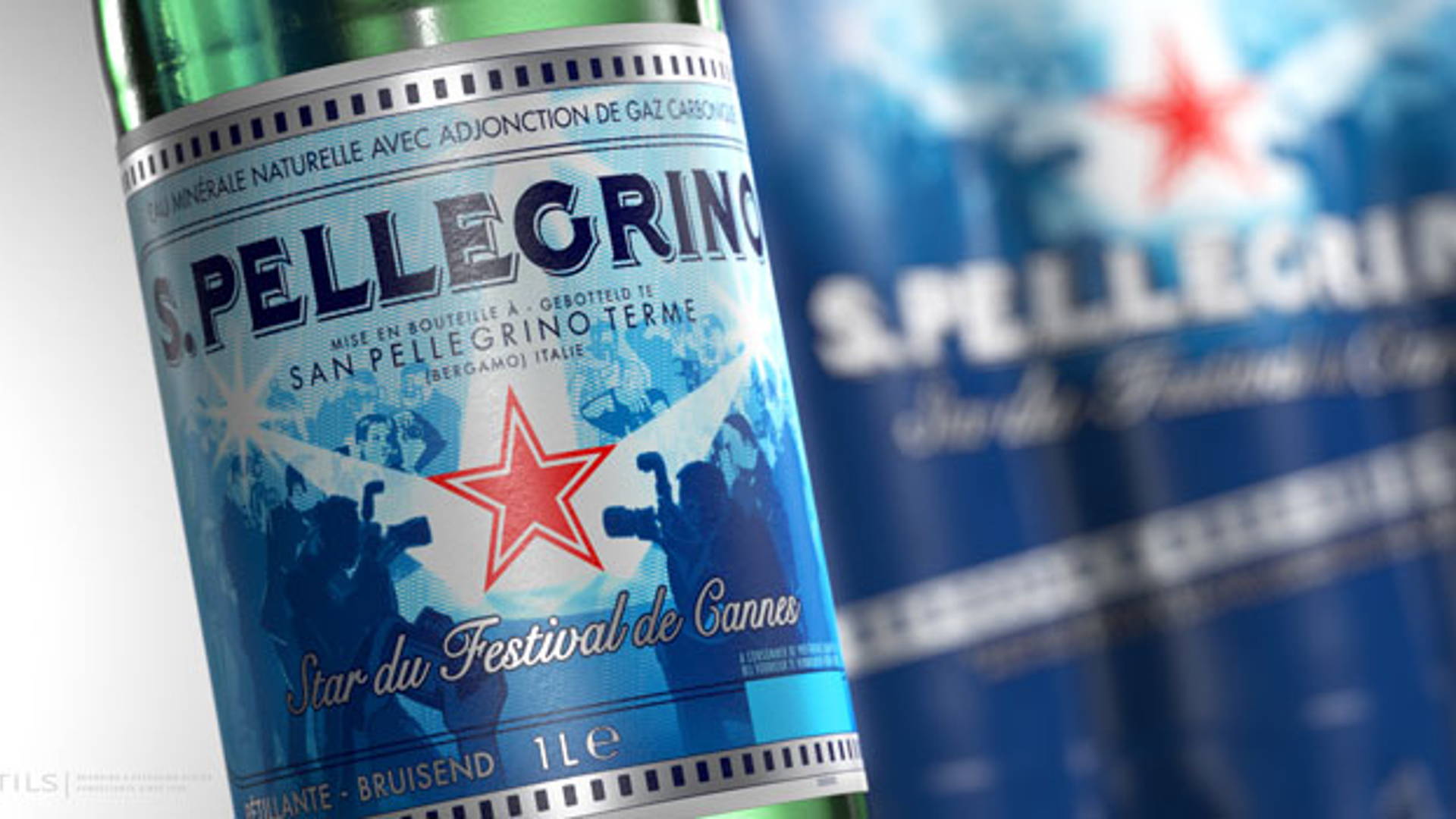 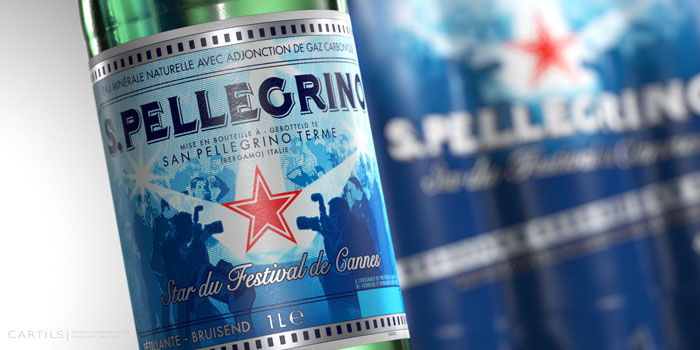 S. Pellegrino, the Italian star of carbonated waters, revealed its new limited edition design in honour its official partnership of the International Film Festival of Cannes 2013. It was yet again created by international branding & packaging design consultancy CARTILS, which confirms its global expertise in design of limited editions.

"For several generations, S. Pellegrino maintains a close relationship with the 7th art. After its first appearance in La Dolce Vita in 1959, the iconic brand of Italian cinema has continued its career with multiple international cinematic appearances:

This year again, the iconic S.Pellegrino bottle has a new label for the Cannes Film Festival. This limited edition "Star of the Cannes Film Festival" depicts the immortalised iconic red star on the steps of the Festival being photographed by the international press. The previous limited edition focused more on the history of the current design choses for a more modern look and feel. CARTILS’ composition shows paparazzi representing the current stardom of the brand. Also by adding three spotlights on the Star icon, the brand story gets highlighted in a dynamic and contemporary way.

This contemporary limited edition bottle "S.Pellegrino Star of the Cannes Film Festival" will be available mid-April and throughout the month of May 2013 set in glass and PET, 50cl and 1L sizes in restaurants, hotels and bars of France, Belgium and The Netherlands. It is sure to bring a sparkle of glamour, elegance and creativity to the tables." 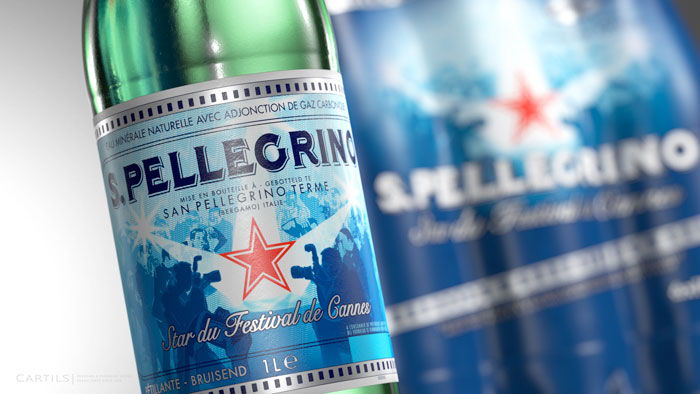 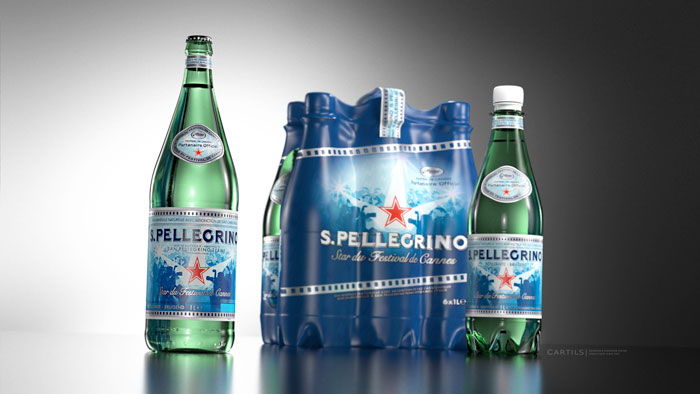 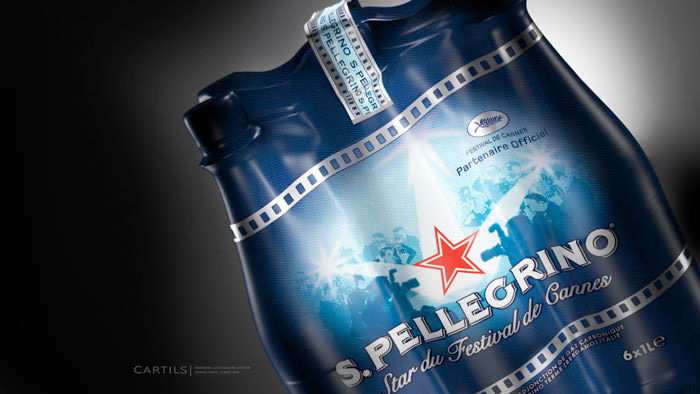