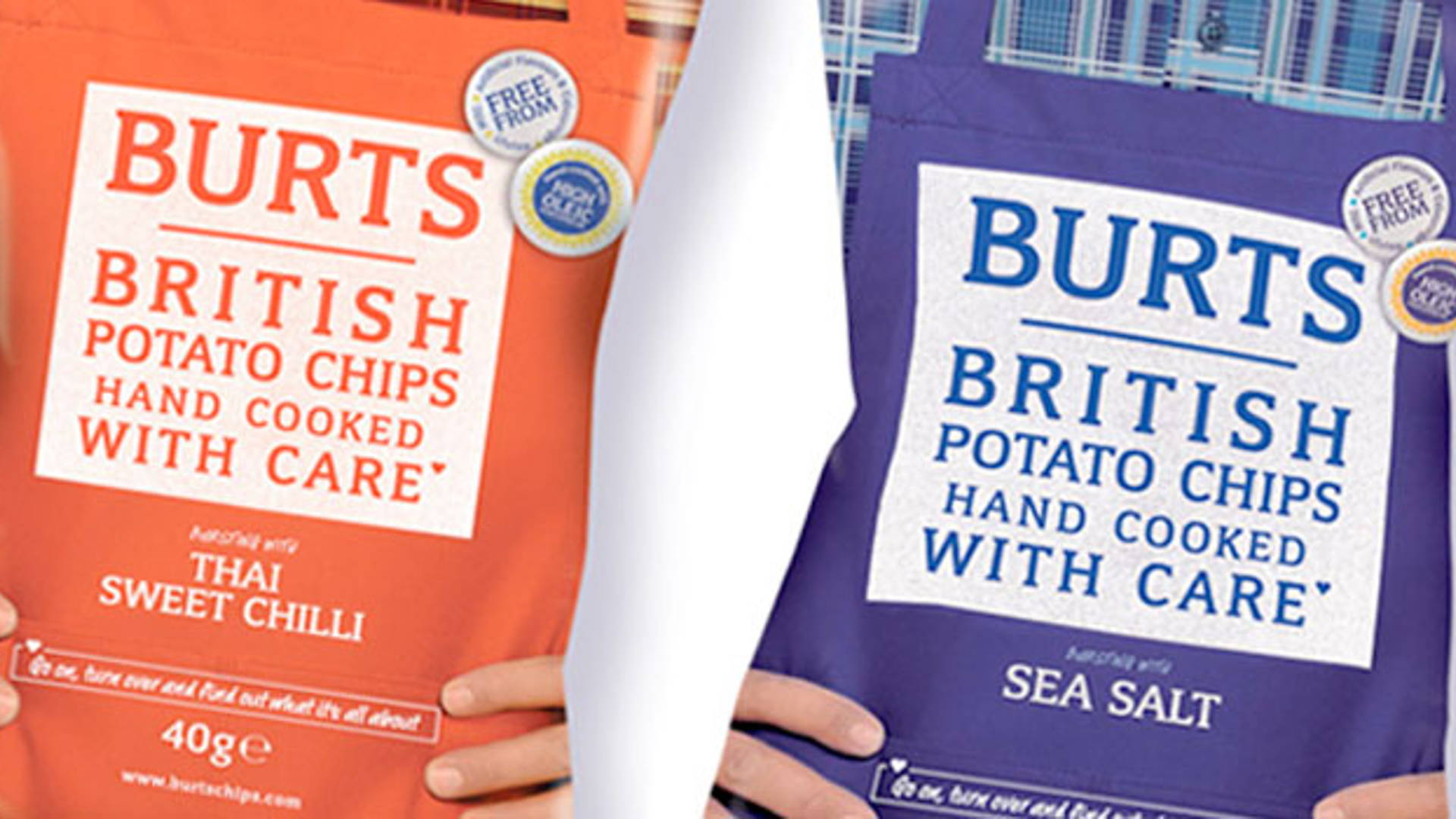 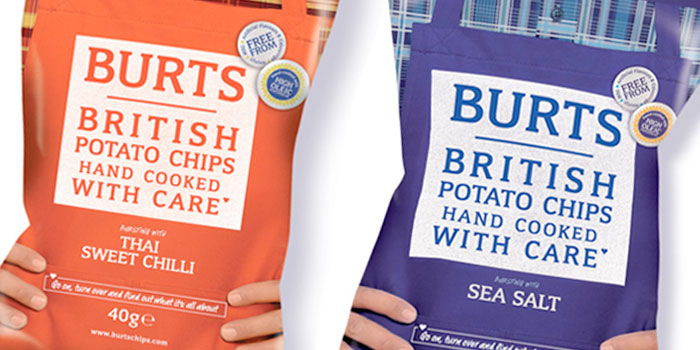 We already love Burts Chips' packaging before the redesign, now we adore it even more! We love the bright colors and the concept of emphasizing the hand cooked quality of Burts Chips using 'a figure dressed in a checked shirt and Burts Chips apron, with its hands placed proudly on its hips on the front of the pack.' More about the new launch after the jump!

" Say hello to the new Burts Chips! Premium crisp brand gets a spring makeover! Artisan crisp maker Burts Chips is crunching its way into 2013 in style, with a brand new look that’s set to see snack enthusiasts throughout the country stocking up on its delicious, crunchy, thick-cut potato chips. And it doesn’t stop there, Burts has also updated its core crisp range, meaning you won’t find a tastier crisp if you try!

It’s impossible to miss the bright coloured packets, especially with their unique new design. A figure dressed in a checked shirt and Burts Chips apron, with its hands placed proudly on its hips, adorns the front of the pack, an image that shouts hand-cooked, quality and provenance – values at the heart of Burts Chips. The new packets also feature a series of free-from badges, so you can be reassured that these moreish snacks contain no artificial flavourings, colourings, MSG or gluten.

The upgraded flavours have just been named best on the market by consumers, so we’re not exaggerating when we say they’re first class! Perfect for parties, picnics, lunchtime snacking and cosy nights in front of the TV, the new Burts Chips range has something for everyone.

To celebrate the launch, Burts Chips is also giving you the chance to get your hands on one of the aprons modelled on the front of the packet, by scanning the QR code featured on the reverse. Grab a packet to win!

Burts Chips might have a new look, but they are sticking close to their roots. Hand cooked by chilled out folk in Devon, each boldly coloured bag is personalised with the name of the person who made them, and the field in which the potatoes came from." 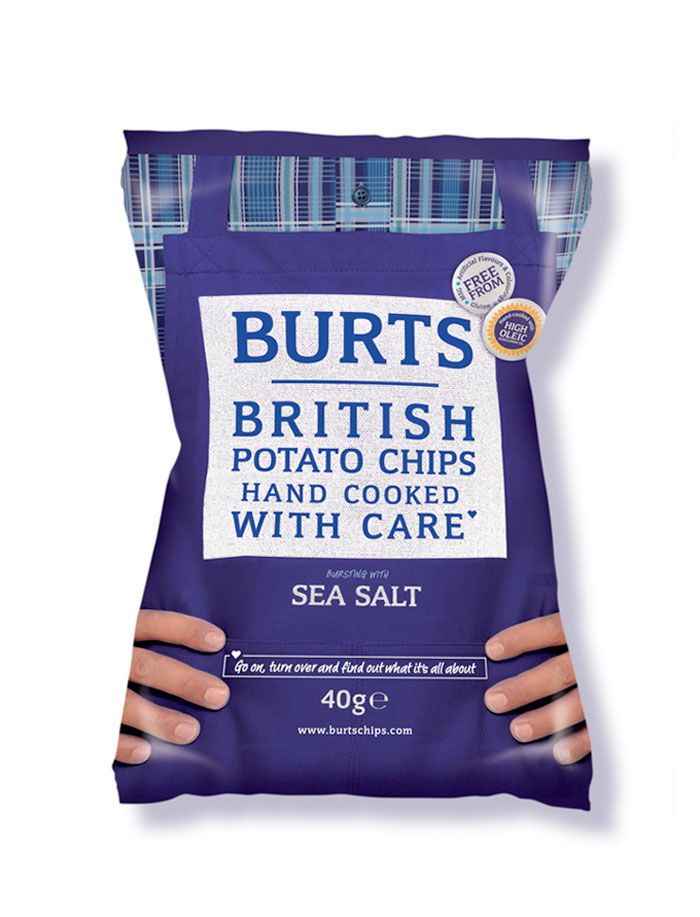 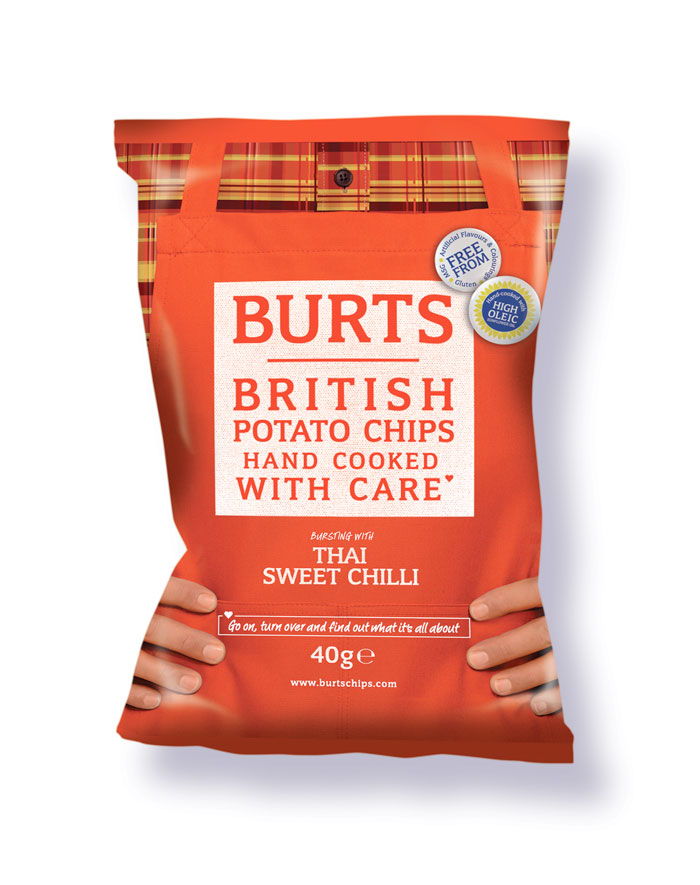 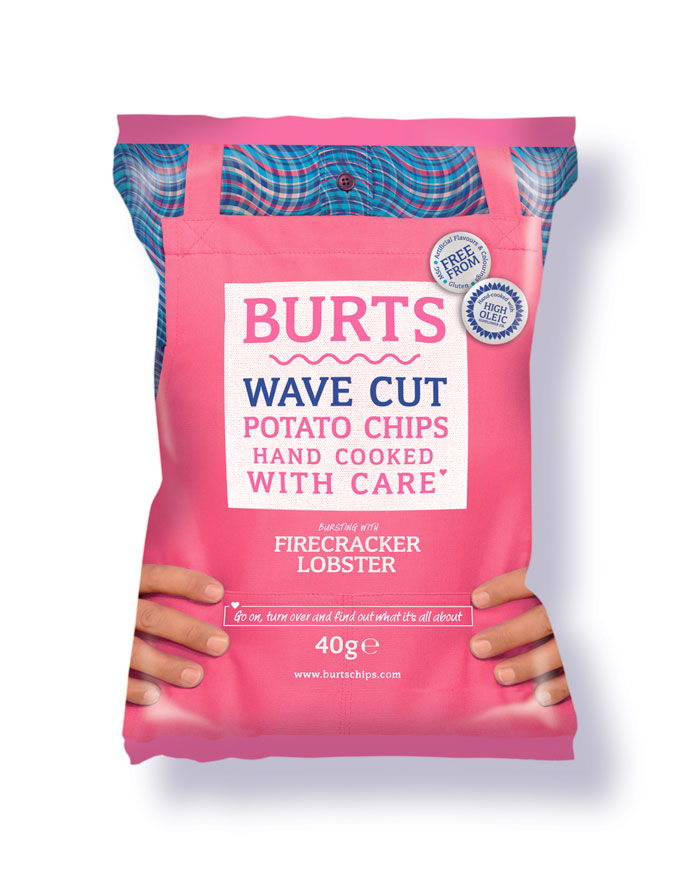 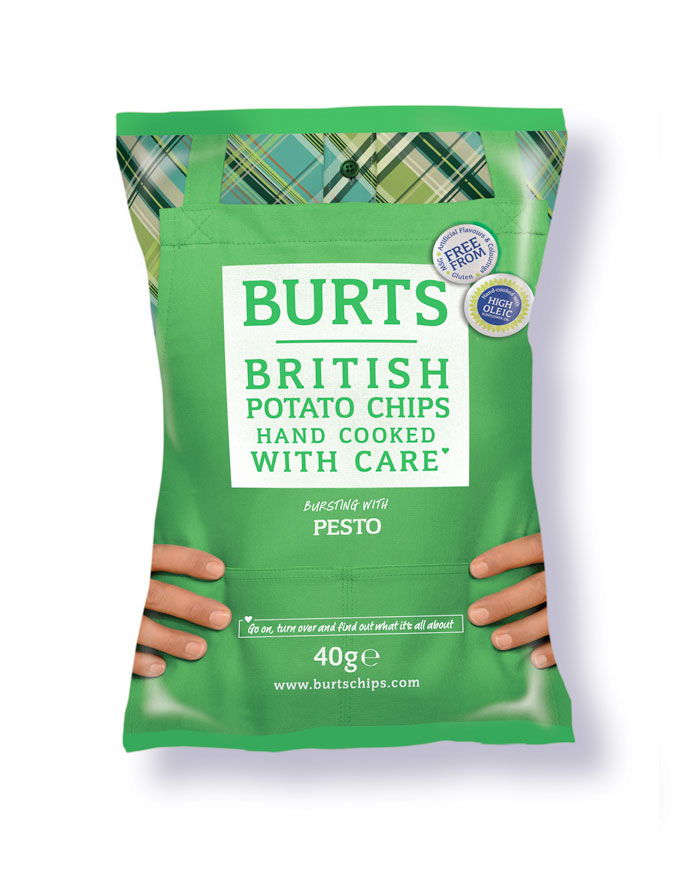 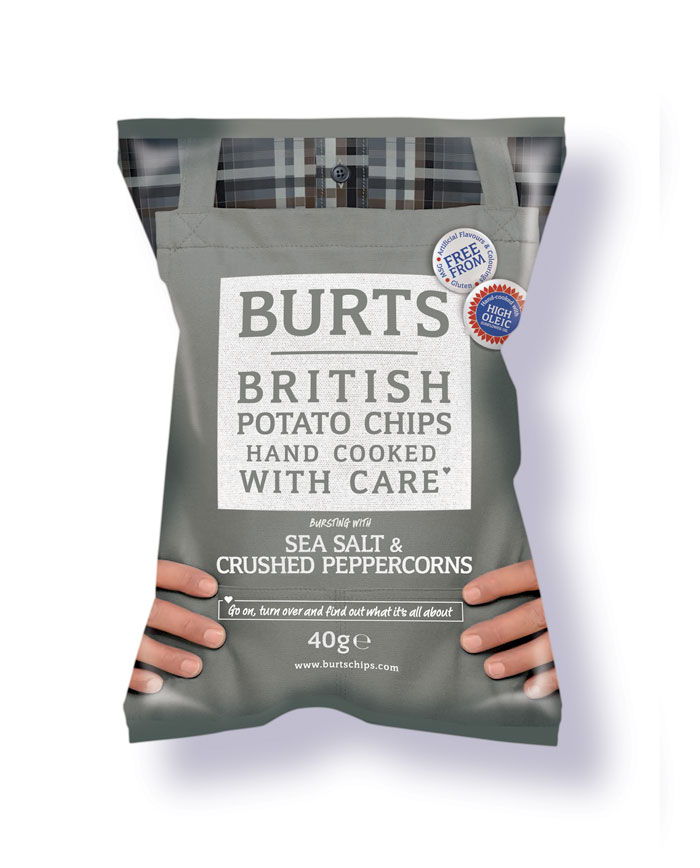 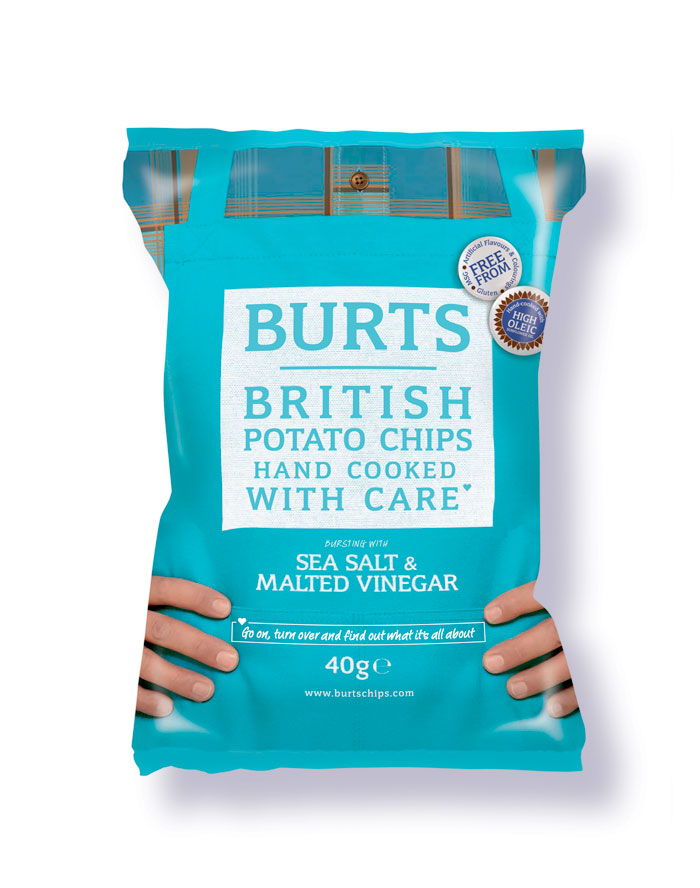 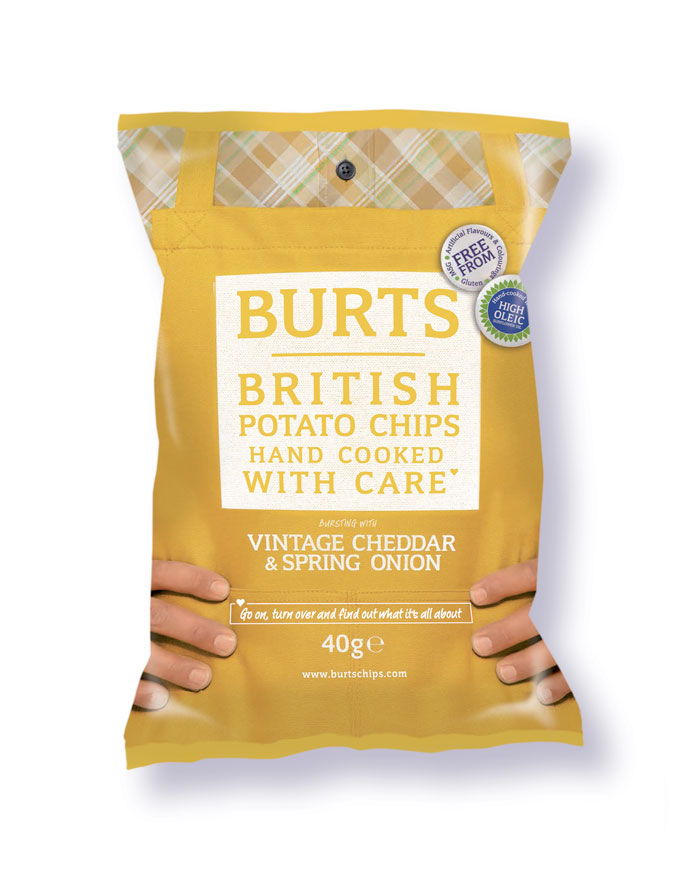 Say it With Cadbury