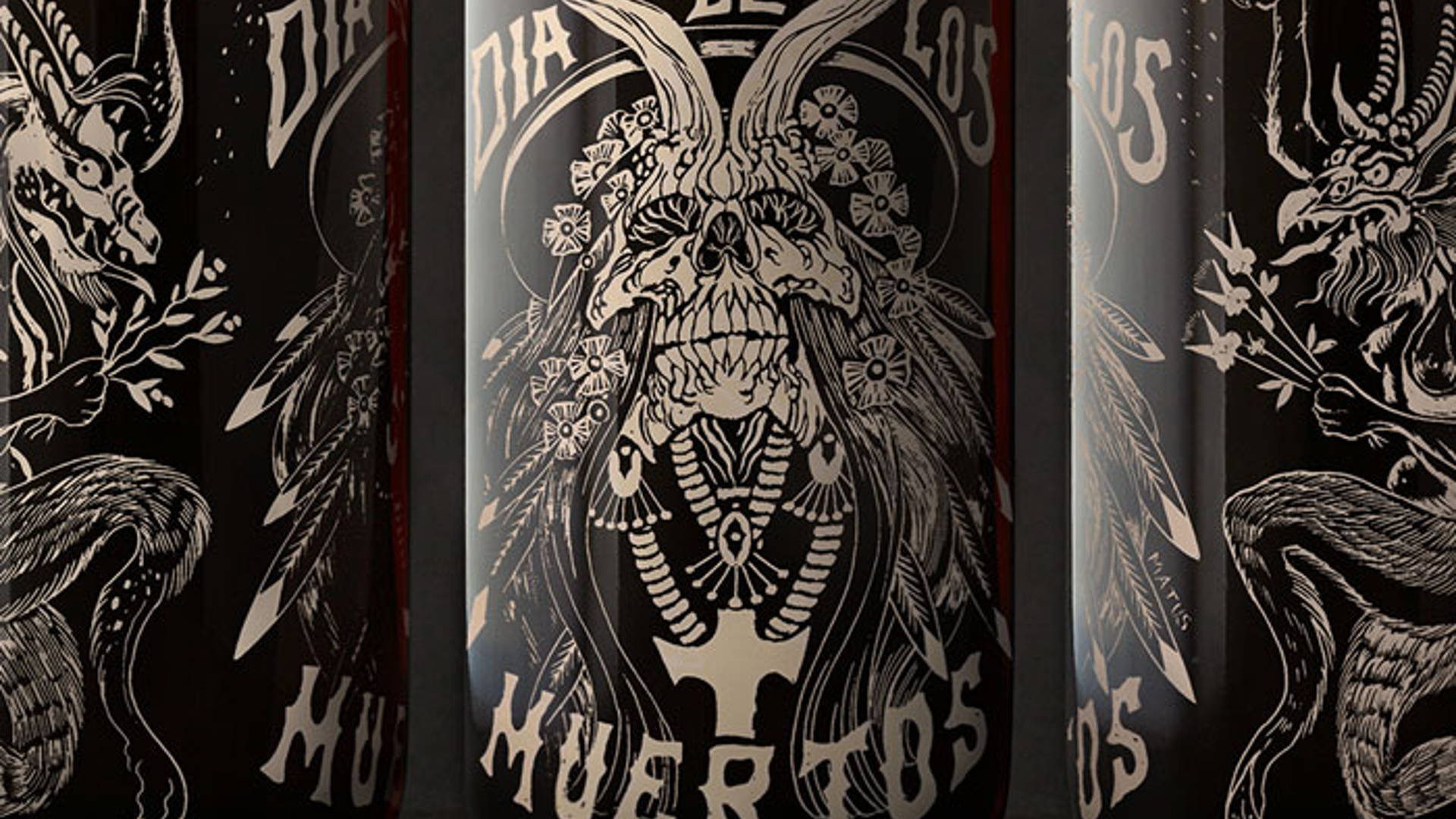 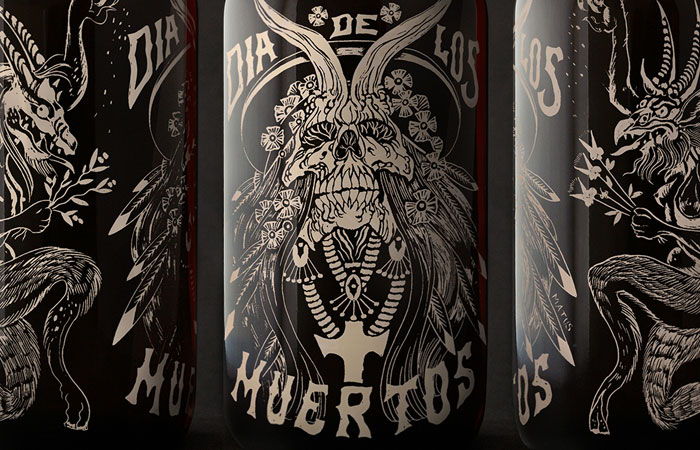 Auston Design Group has chosen Dia De Los Muertos, a sacred day of the celebration of the lives of the dead to launch our first ever spirit, Horchata Spiced Rum. "Our recipe is based on the flavors of Horchata, a traditional non-alcoholic rice milk drink of Mexico. Infused with Cinnamon and Vanilla as the dominant spices, it is crafted to be mixed with a sweetened milk of any kind and served on the rocks. It can be enjoyed equally well in any spiced rum cocktail." More about the art work and bottle after the jump.

"The artwork for our package design represents the blending of two cultures, Mexican, and that of the indigenous peoples of Mexico and the southwestern United States. This variation on the traditional Sugar Skull of Mexican culture depicts our interpretation of a bruja (witch) from the culture of the indigenous peoples. The characters flanking the bruja are her minions.

The amber apothecary bottles were masterfully screen printed by Movera Glass Decor, of Point Richmond, California, utilizing a unique process that allows them to print a 360º image, as-well-as allowing that image to continue above the straight part of a bottle and onto the shoulder. Each bottle was then hand dipped in black wax to seal the closure." 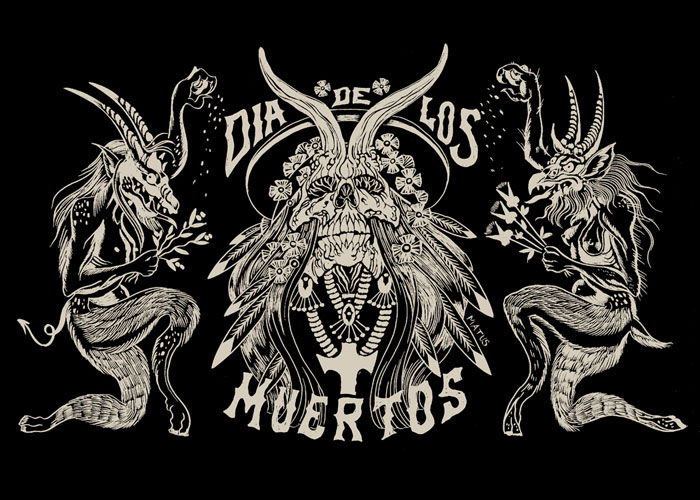 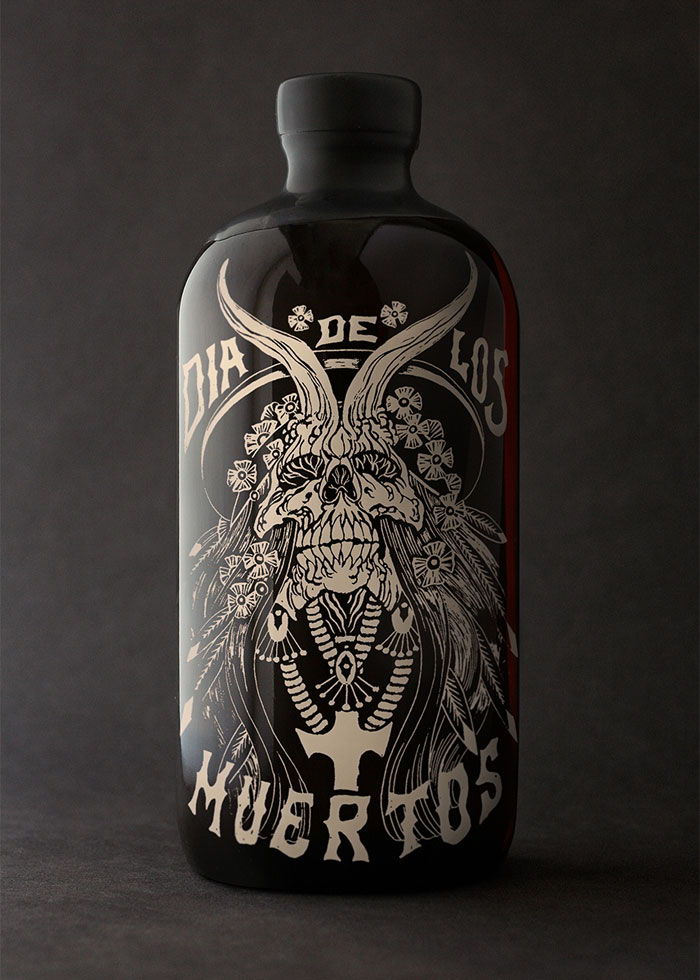 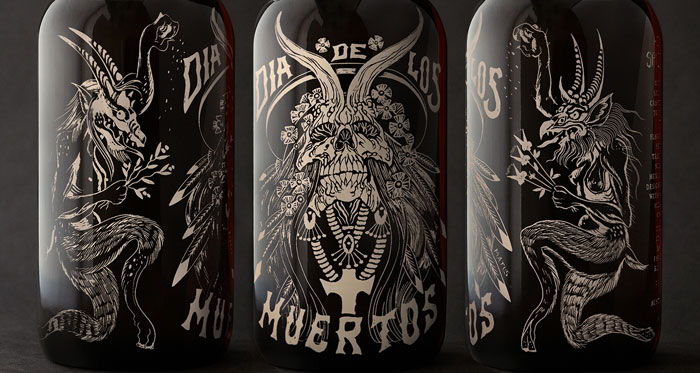