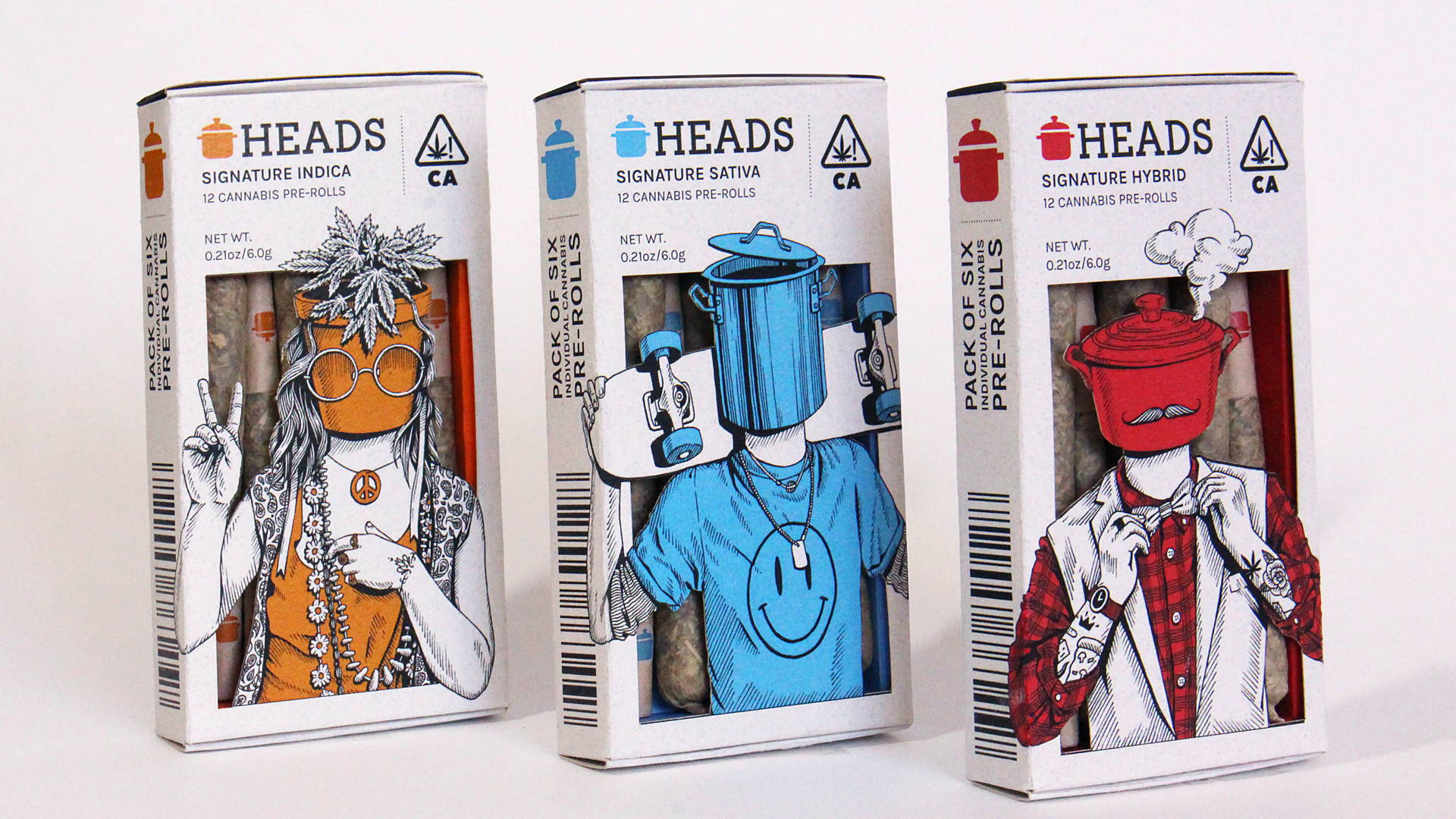 In many states and cities, my home base of Alabama included, marijuana still has highly negative connotations. POTHEADS is a concept packaging project created by Tommy Truong with the goal of destigmatizing cannabis use. Because "pothead" is slang for a person who smokes marijuana, the graphics are seen throughout the concept are a visual play on words. The illustrations are intricately designed, and the thoughtful window allows the consumer to see what's beyond the stigmatization. Tommy's packaging reclaims the term "pothead" in a clever and artfully curated product. 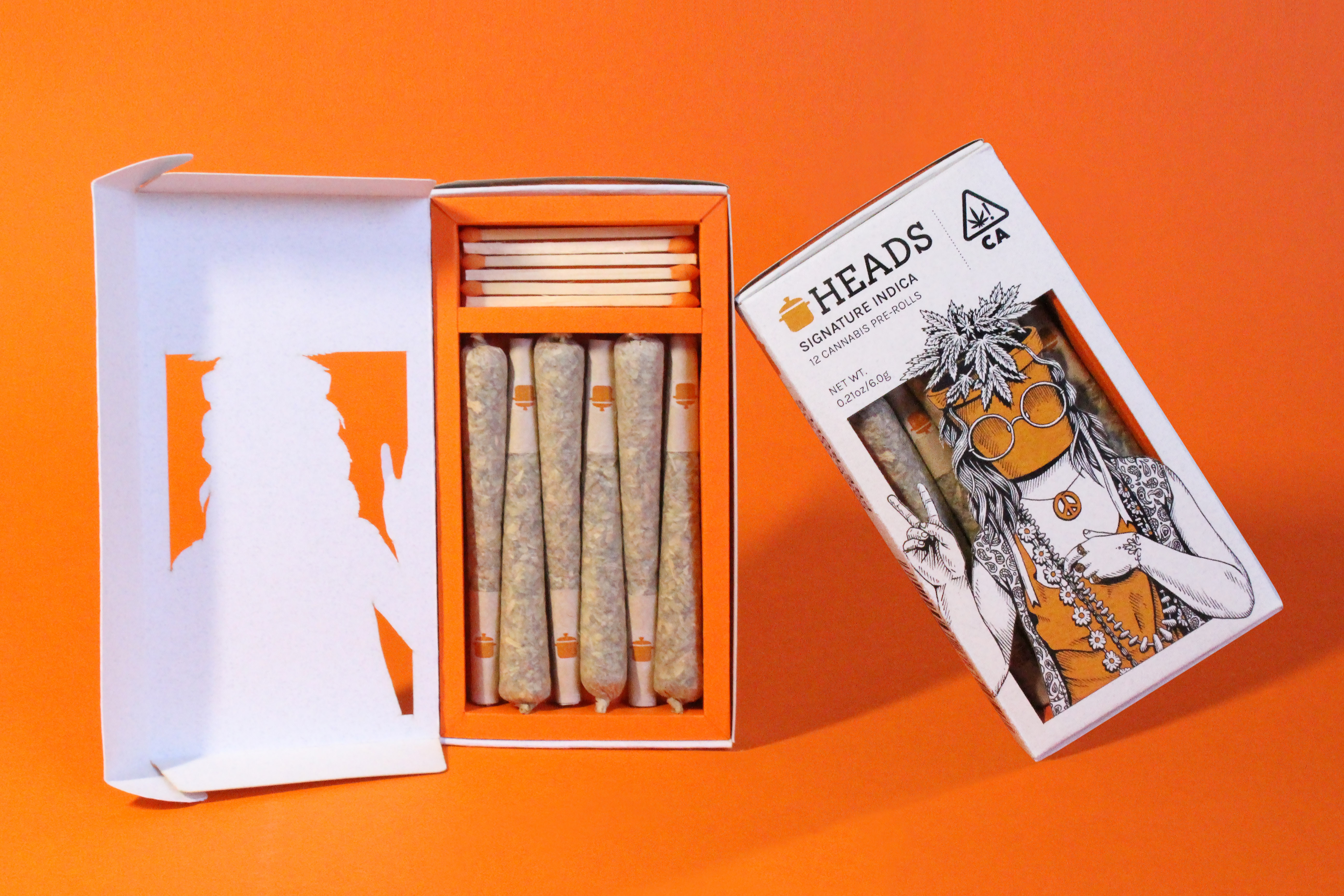 Cannabis usage remains taboo in many places; however, a growing legal market has emerged as cannabis becomes progressively more popular. In response to lingering stigma, POTHEADS aims to offset the negative connotations associated with cannabis consumption by employing a distinct flavour of referential humour. Taking cues from modern drinking culture, POTHEADS urges potential consumers not to take cannabis too seriously, and just enjoy it.

The brand’s name is a play on words: “pothead” is a slang term for “a person who smokes marijuana, especially habitually,” but a more playful, literal interpretation would yield “somebody with a pot for a head”. The tongue-in-cheek illustrations satirize existing “pothead” tropes, including a 1960s hippie, a 1990s skater, and an early 2010s hipster. Both the name POTHEADS and the irreverent illustrations serve to reclaim historically pejorative tropes associated with cannabis use. 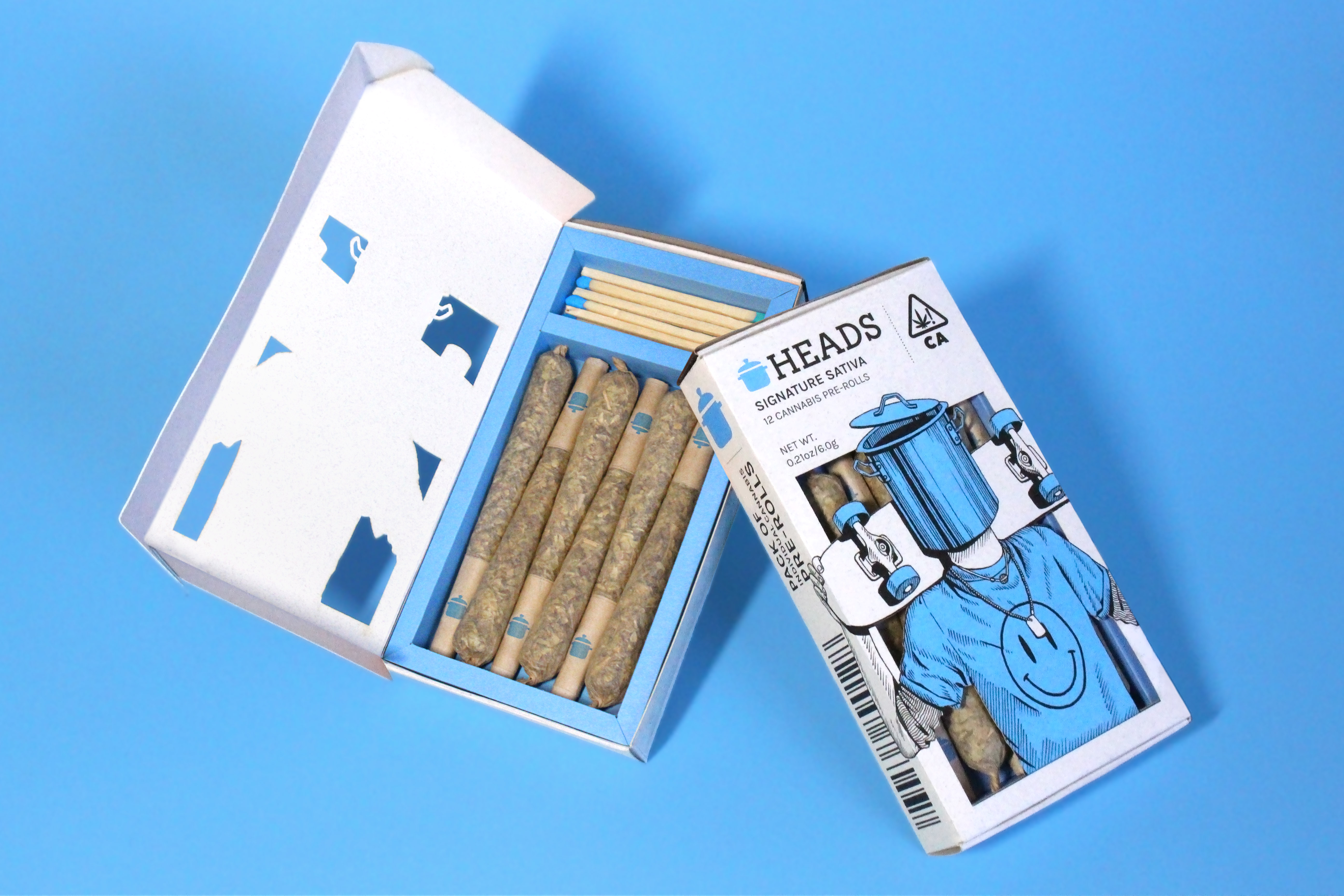 To make the experience of smoking cannabis as accessible as possible to users, the product is sold as a dozen pre-rolled joints which require no preparation before use. Alongside the pre-rolls, each box includes 16 matches, which can be struck on the top of the box, thus eliminating the need for the user to carry any other equipment. Additionally, the box is constructed from recycled paper and without adhesives, making it an environmentally friendly product.

POTHEADS aims to counter the stigma associated with cannabis use by reclaiming the term “pothead” and spinning it into a playful symbol of resistance.