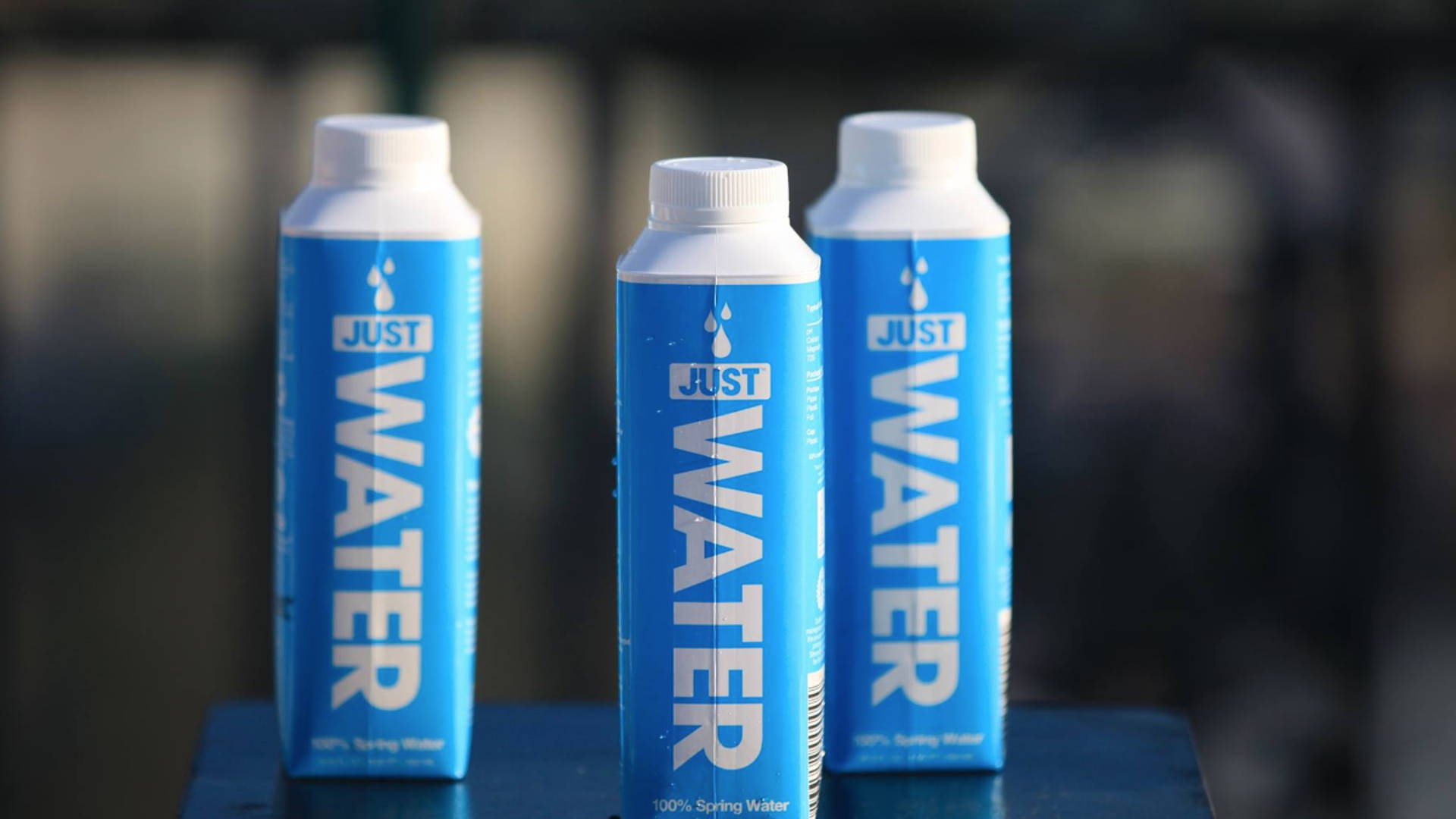 As bottled water has grown in popularity, so has the amount of plastic: at least 50 billion bottles are consumed in the US alone. Only 23 percent of PET plastic in the US is recycled, at that rate, that would mean 38 billion empty bottles end up in landfills and the environment.JUST Water is a bottled water company that aims to reduce plastic waste that was started by actor, rapper, and fresher prince of Bel-Aire Jaden Smith. After a plastic-littered surf session, Smith was inspired to tackle the single-use crisis.Instead of using traditional plastic bottles to quench America’s thirst for bottled water, JUST uses bottles made mostly of paper and plant-derived plastics. The entire bottle is also 100% recyclable.The packaging attempts to reduce our environmental impact. JUST's bottles start off flat and rolled, taking 1/13th the amount of space to transport empties than a conventional container would. More space translates to the further reduction of harmful emissions and our dependence on fossil fuels. JUST also designed their bottles with wider necks, making them easier to refill.

But, JUST Water isn’t only about finding sustainable packaging solutions, they also want to change how bottled water companies are sourcing their H2O. Companies like Nestle, PepsiCo and Coca-Cola actually bottle up tap water from places like California, a region of the country that, until recently, had been plagued by years of severe drought. JUST Water buys their water from Glen Falls, NY, which, unlike California, has an abundance of product. Moreover, JUST Water pays six times what municipal customers pay for water.JUST Water’s approach to both the business of bottled water and packaging is an example of a company thinking top-down about ways to approach their operations with sustainability that even larger corporations can learn from. Looking for ways to improve current packaging is a great start, but designing a package with the environmental impact a core requirement creates innovative and thoughtful design.Hard to believe the same kid that said “If Newborn Babies Could Speak They Would Be The Most Intelligent Beings On Planet Earth,” or who once opined publicly “If A Book Store Never Runs Out Of A Certain Book, Dose [sic] That Mean That Nobody Reads It, Or Everybody Reads It” is the brainchild of such a forward-thinking water brand. Nonetheless, JUST Water is a refreshing concept from the outspoken and unconventional celebrity.In the meantime, London shopper's can look out for Jaden's father hawking Just Water at Whole Foods or Boots as the retailers have just started carrying the water.

Salt & Seaweed is An Elegant Skincare Line With Sustainable Ingredients

Sol Lets The Sunshine In With Vibrant Redesign