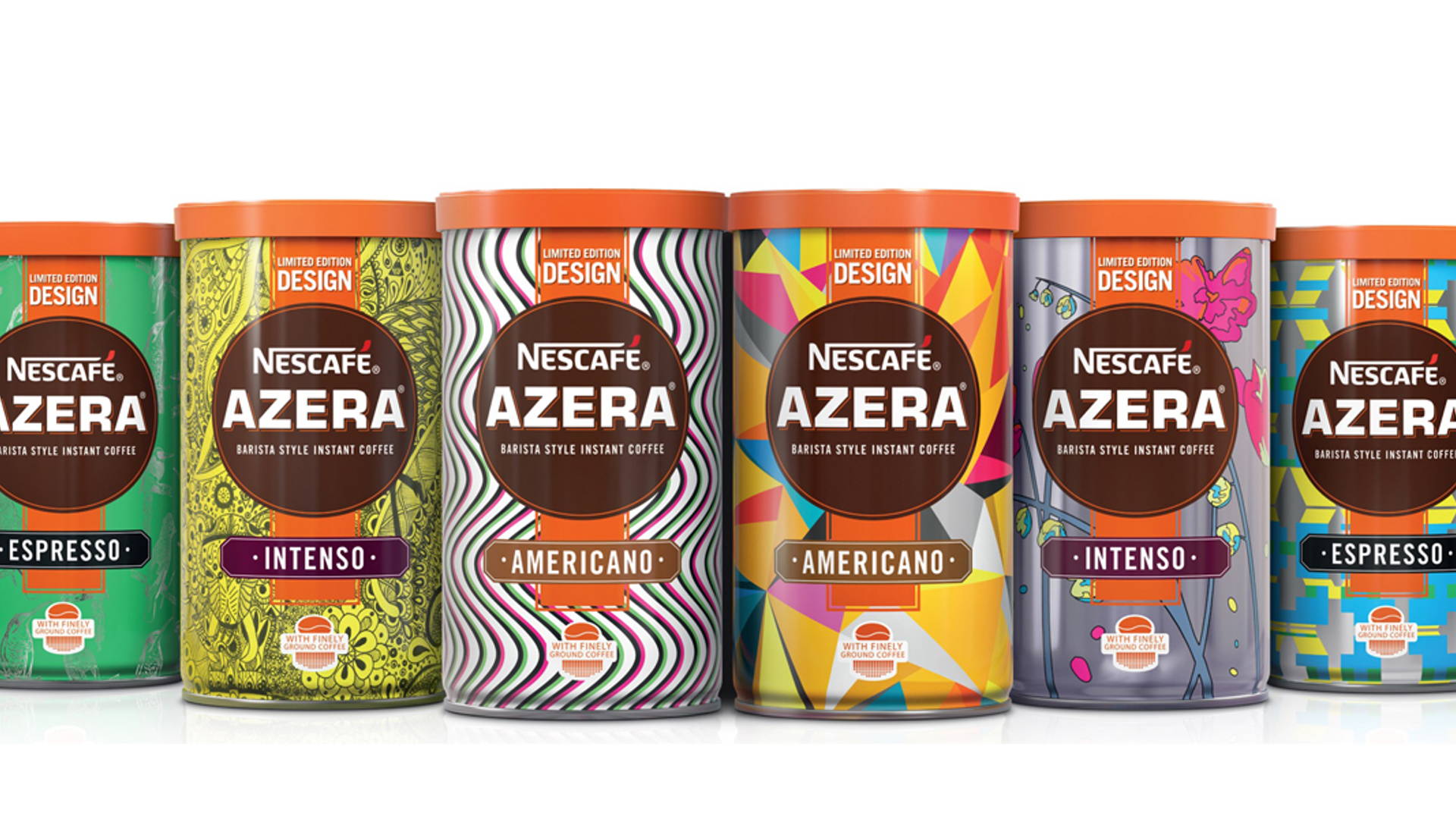 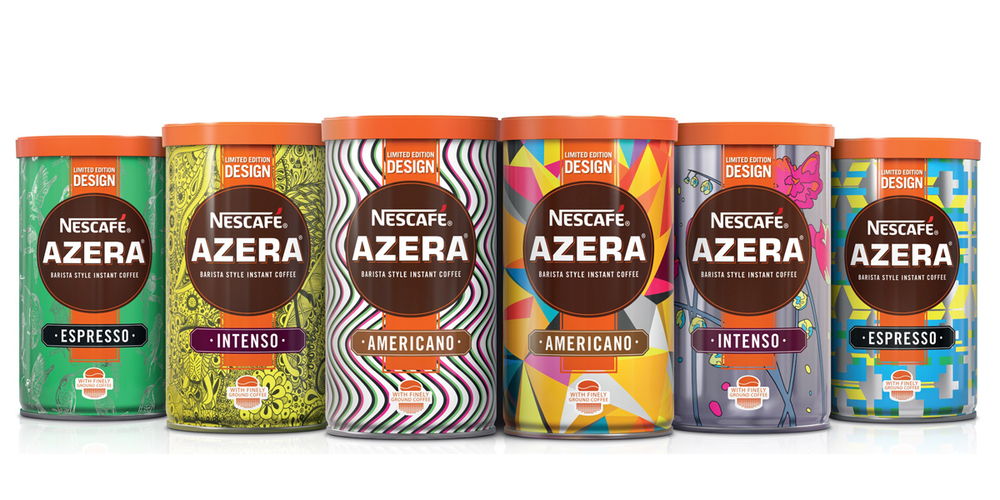 PSONA 12 came up with the concept to harness the sense of craftsmanship and creativity inherent in the super premium instant NESCAFÉ AZERA brand. Second year BA (Hons) Graphic Design students at the University for the Creative Arts were briefed to create six limited edition collectable coffee tins that demonstrate NESCAFÉ AZERA’s passion for coffee. 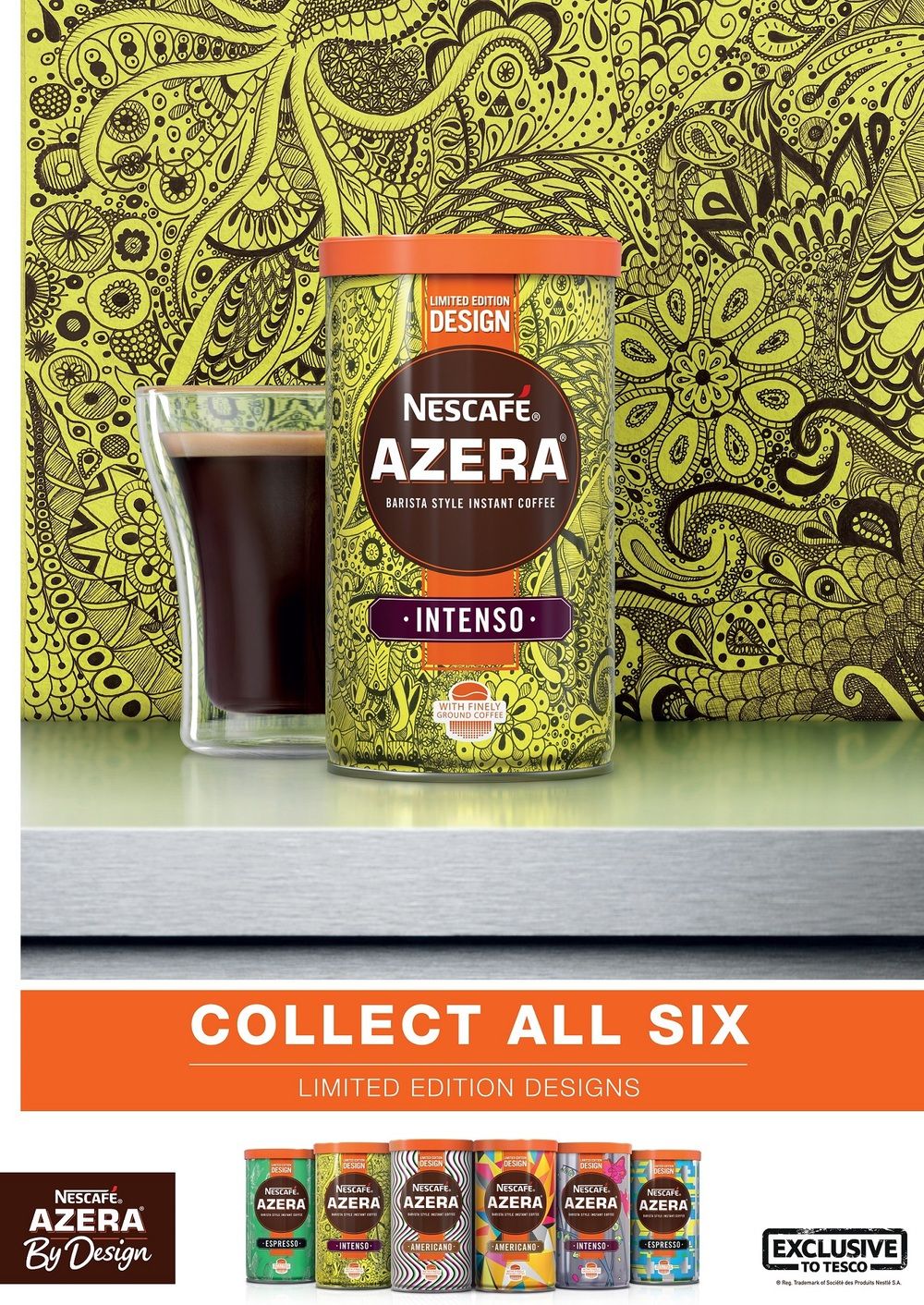 The six winning designs were chosen by representatives from NESCAFÉ, PSONA 12, UCA and Tesco, and are available exclusively in Tesco stores now while stocks last.

The designs feature across all elements of the campaign demonstrating how NESCAFÉ AZERA affects its surroundings, turning a blank kitchen into a colourful explosion. Winning UCA designers received a cash prize and two of the winners undertook a work placement at PSONA 12. 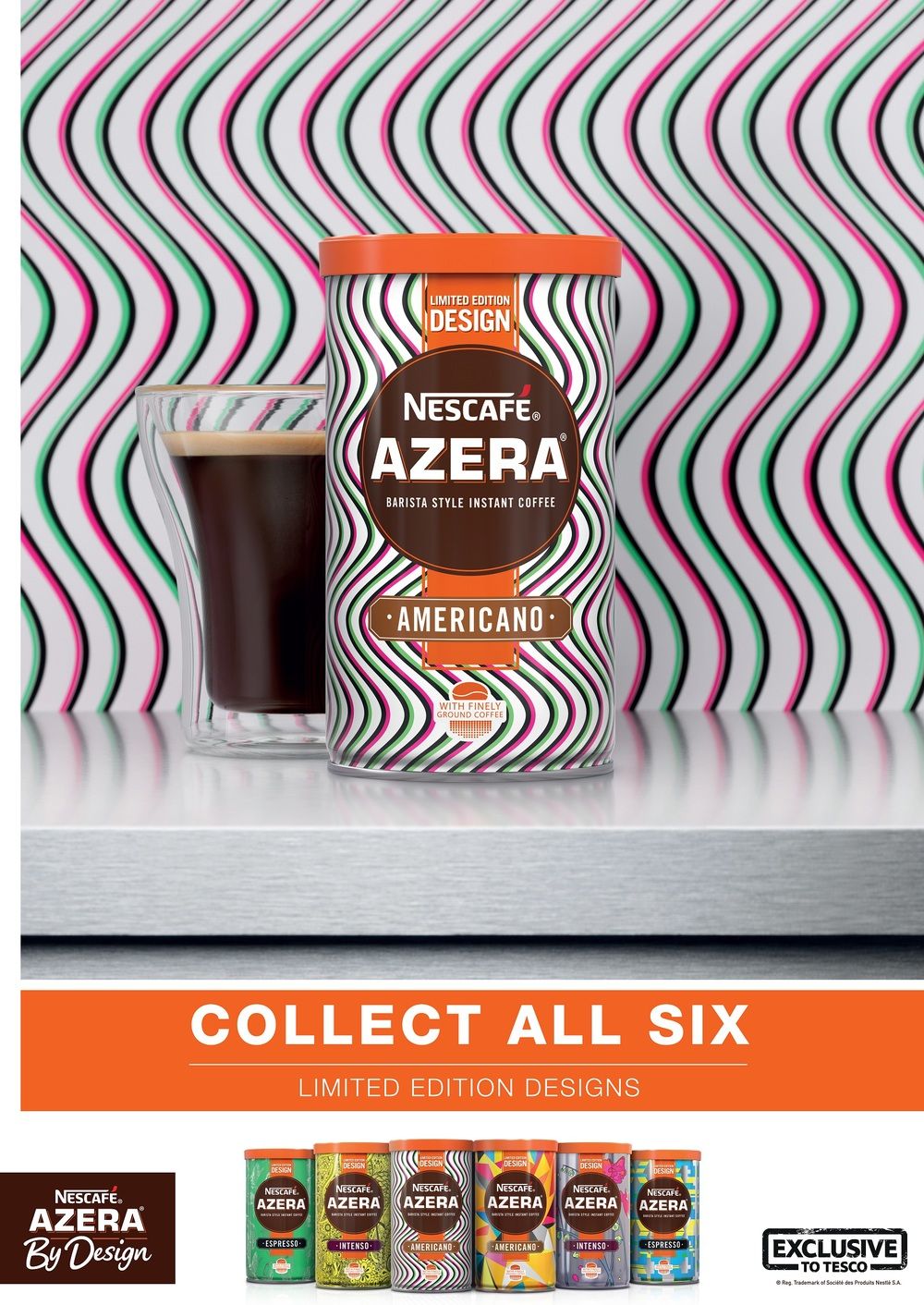 Jo Stericker, NESCAFÉ AZERA Brand Manager, NESTLÉ, said: “This initiative has provided NESCAFÉ AZERA with the opportunity to reflect its passion for coffee and creativity in an impactful way on shelf.”

Owen Catto, Creative Director, PSONA 12 who briefed and mentored the UCA students, said: “Working with exciting young talent has been inspiring. From initial ideas to beautifully crafted final designs, everyone involved has found it a rewarding experience. I’ve taken great pleasure in seeing the next generation of creatives shine.” 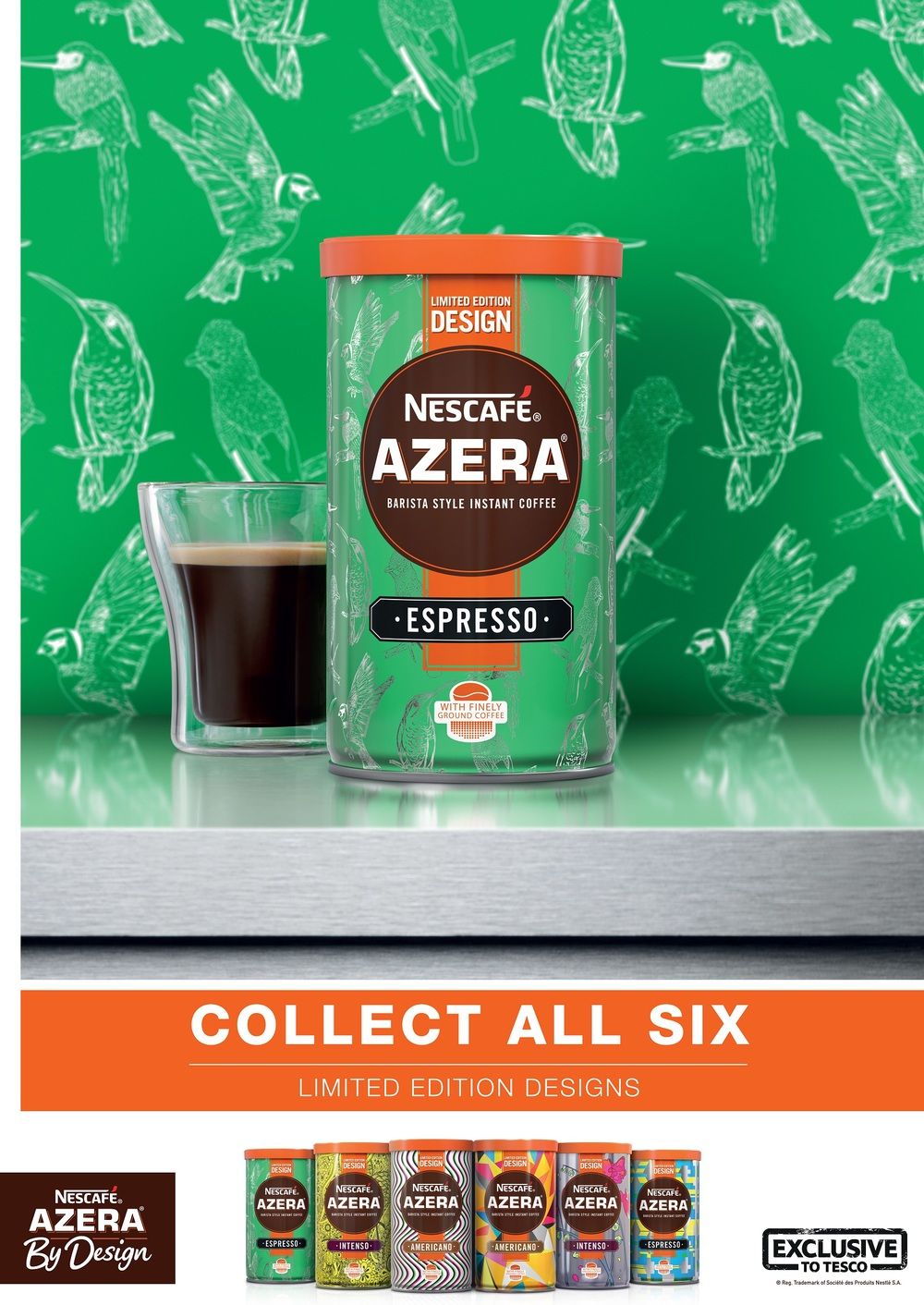 Designed by Students from the University for the Creative Arts