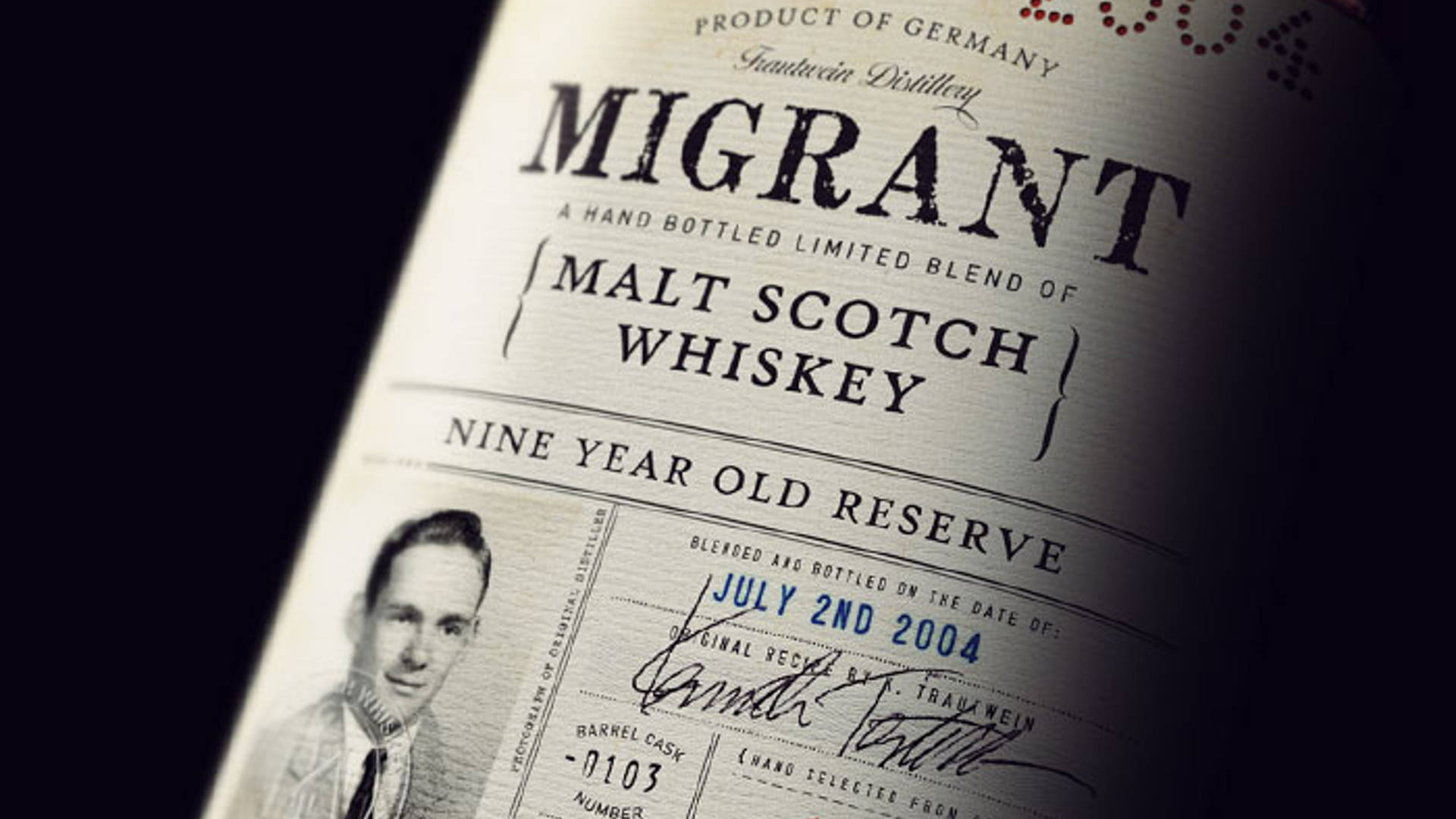 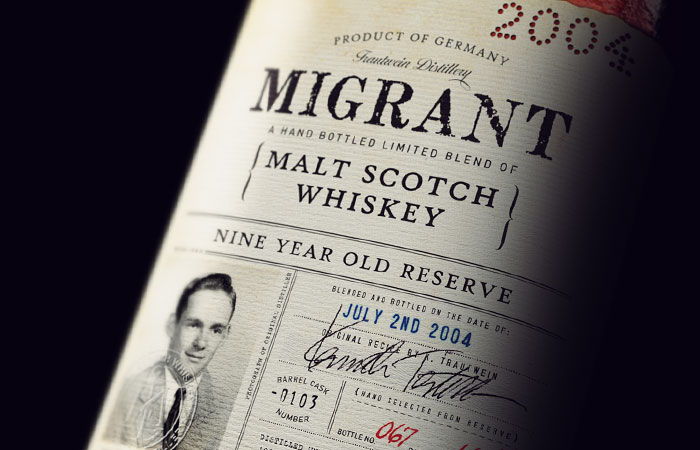 In early 2013, designer, Chad Michael was contacted by the Trautwein Distillery Company to help them develop their new brand "Migrant". Trautwein Distillery Company is a German based company who wanted to develop a brand based on their late grandfather, Ken Trautwein, who immigrated to the U.S. in the 1930's . The solution was to use visual cues from his actual passport, passage, and the rawness that period reflected. The whiskey itself is based on a simple, home whiskey recipe Ken Trautwein concocted decades ago. 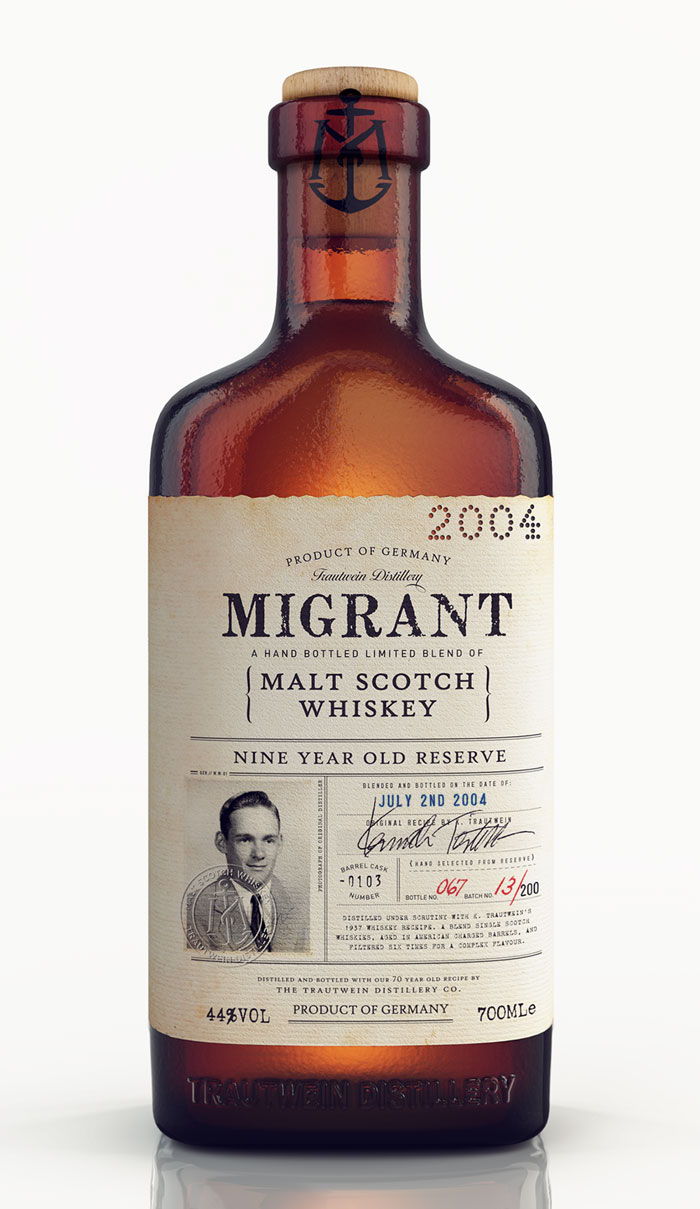 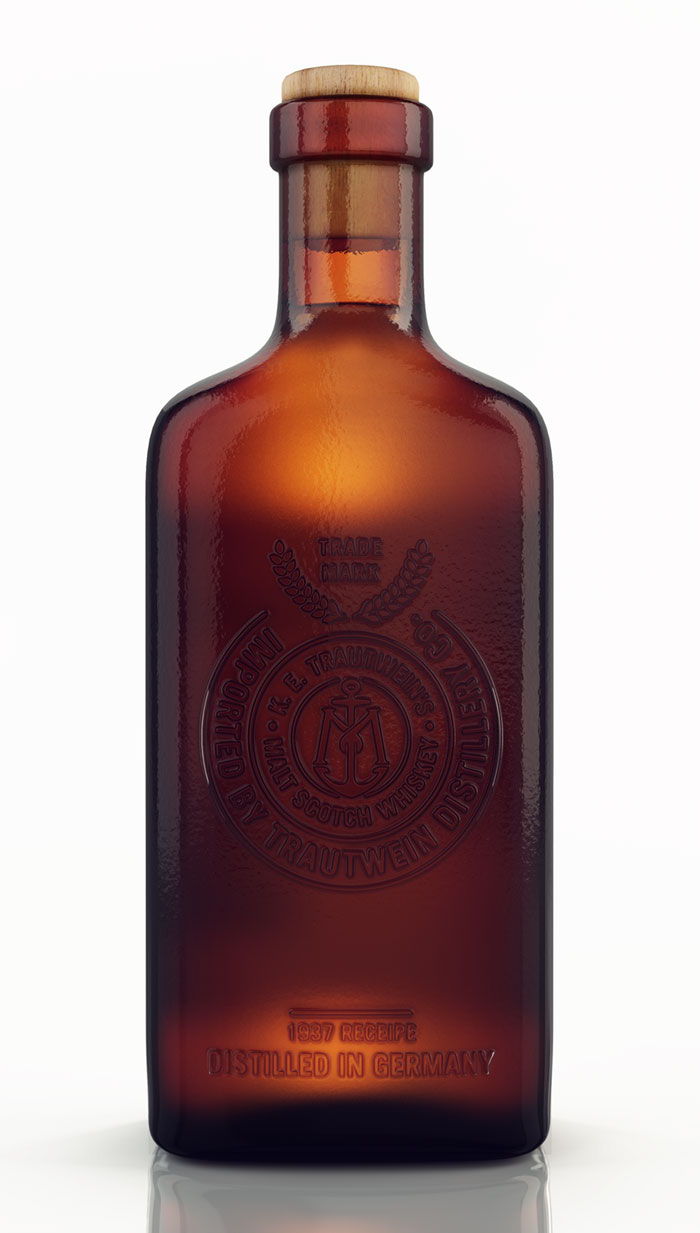 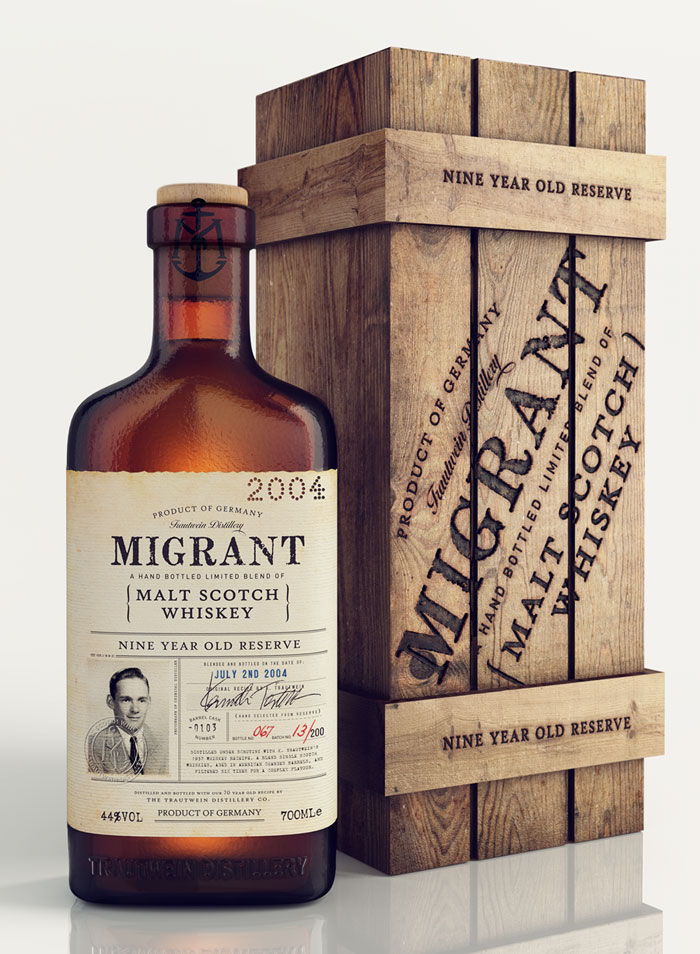 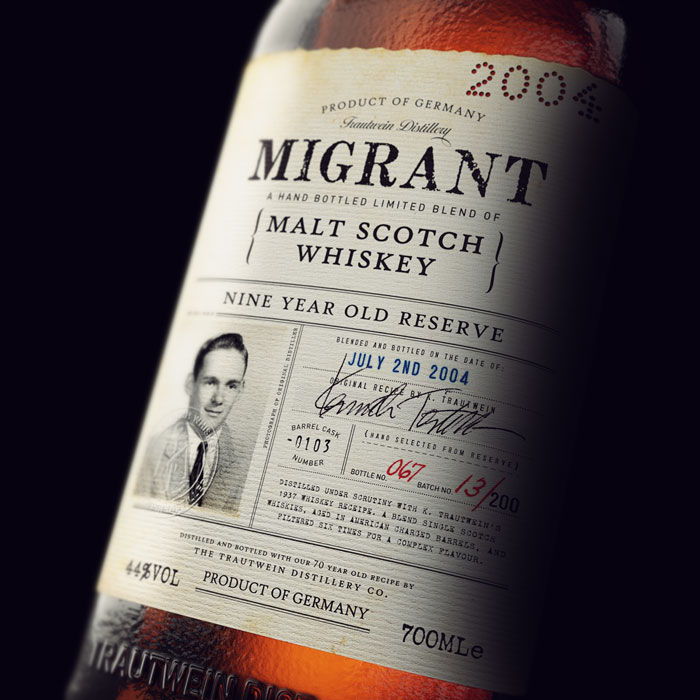