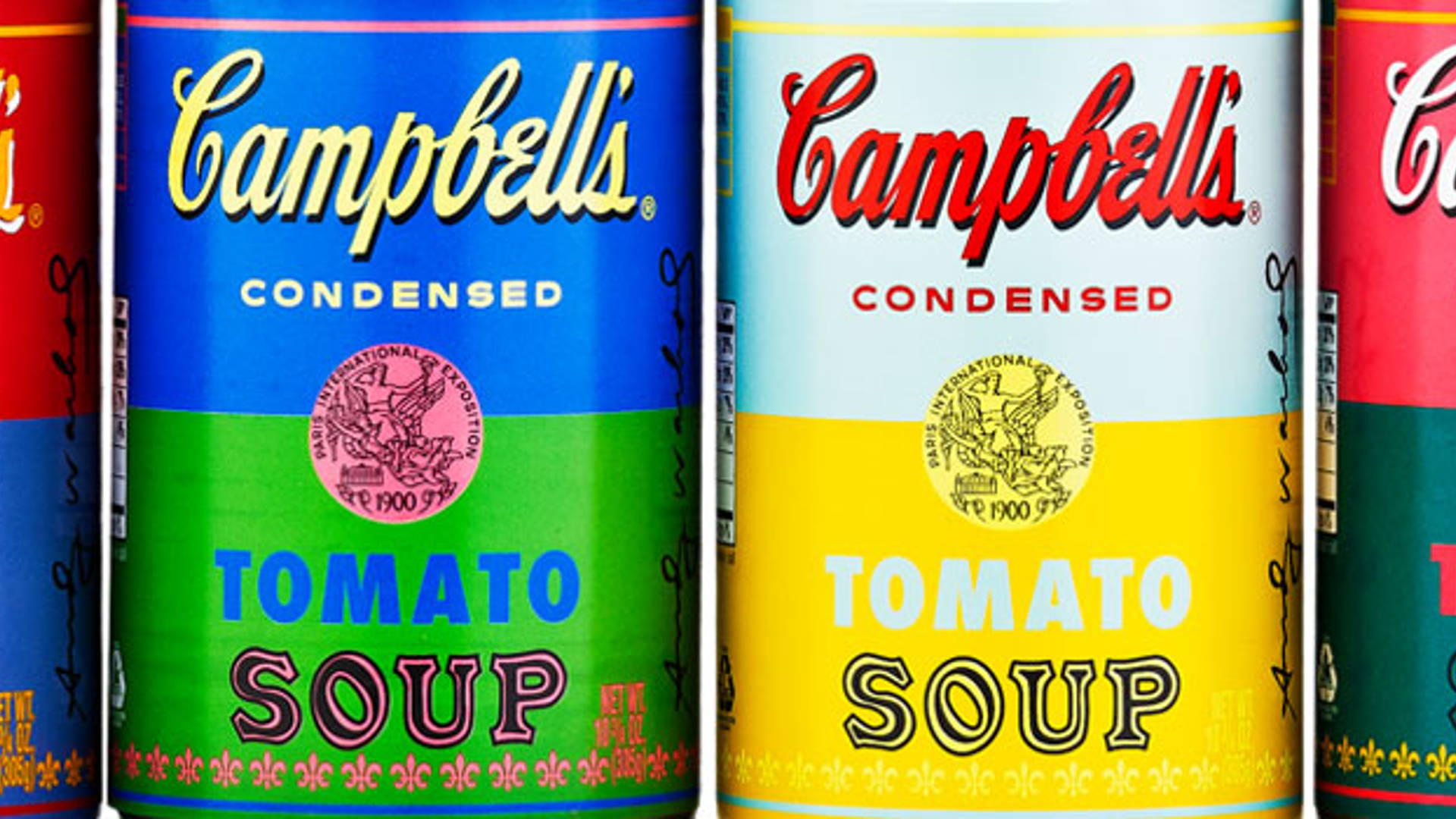 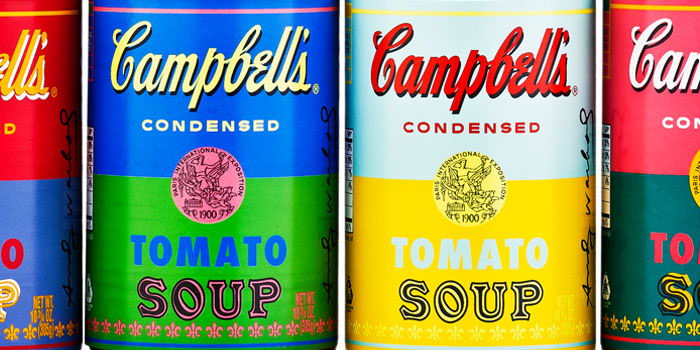 Everything has come full circle! Check out these limited edition Campbell's Condensed soup can designs.

When asked why he painted Campbell's soup cans, Warhol famously quipped, "I used to have the same [Campbell's soup] lunch every day for twenty years1." For his first solo gallery exhibition held in Los Angeles in 1962, Warhol exhibited his famous paintings of Campbell's soup - 32 Campbell's Soup Cans. Each of the thirty-two canvases depicted one variety of soup and was displayed side-by-side like cans of soup on a grocery store shelf. The painting helped launch Warhol's career and ushered in Pop Art as a major art movement in the United States.

"In 1962, Andy Warhol changed the trajectory of contemporary art by depicting Campbell soup cans on canvas," said Michael Hermann, Director of Licensing at The Andy Warhol Foundation. "It is only fitting that fifty years later we celebrate the enduring legacy of these two American icons by coming full circle and bringing his art back to the Campbell soup cans that provided him with inspiration."

The limited-edition cans were produced under license from The Andy Warhol Foundation, a not-for-profit corporation that promotes the visual arts. Beginning Sunday, Sept. 2, the cans will be exclusively available at most Target locations nationwide for $.75 per 10.75-ounce can, while supplies last." 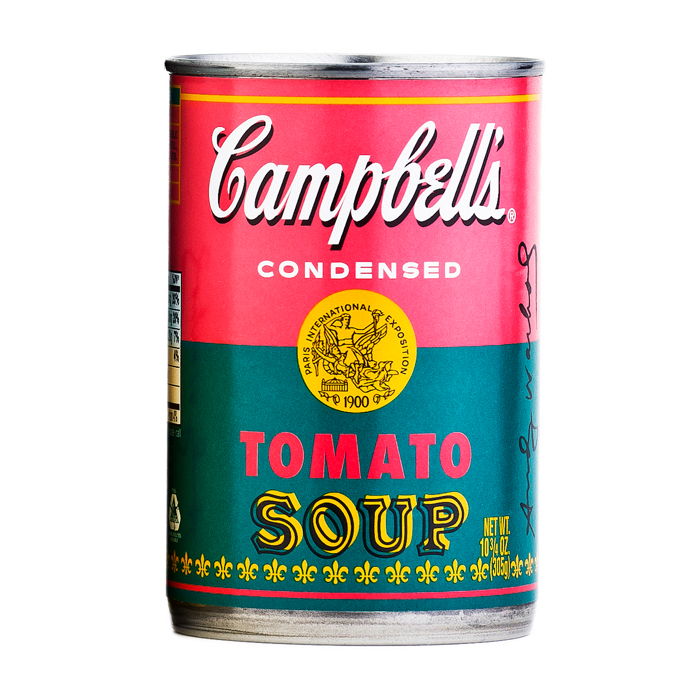 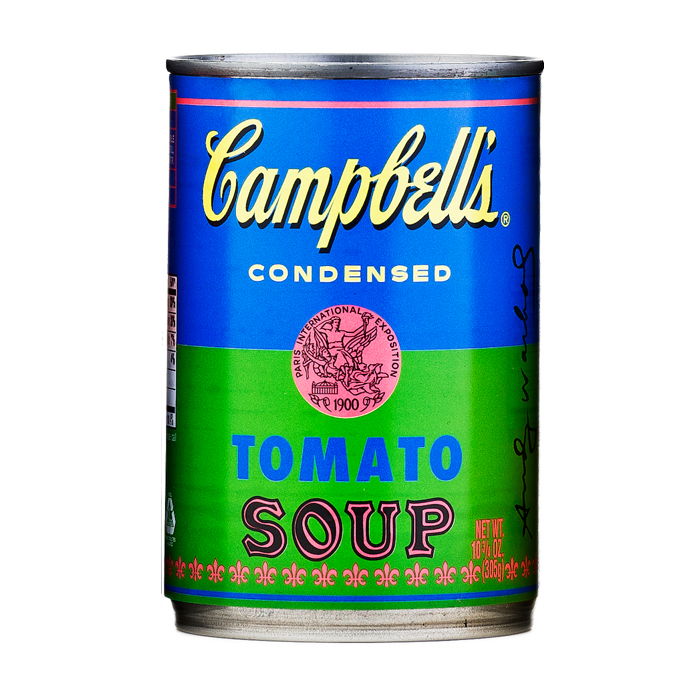 this image was spotted on huffingtonpost.com