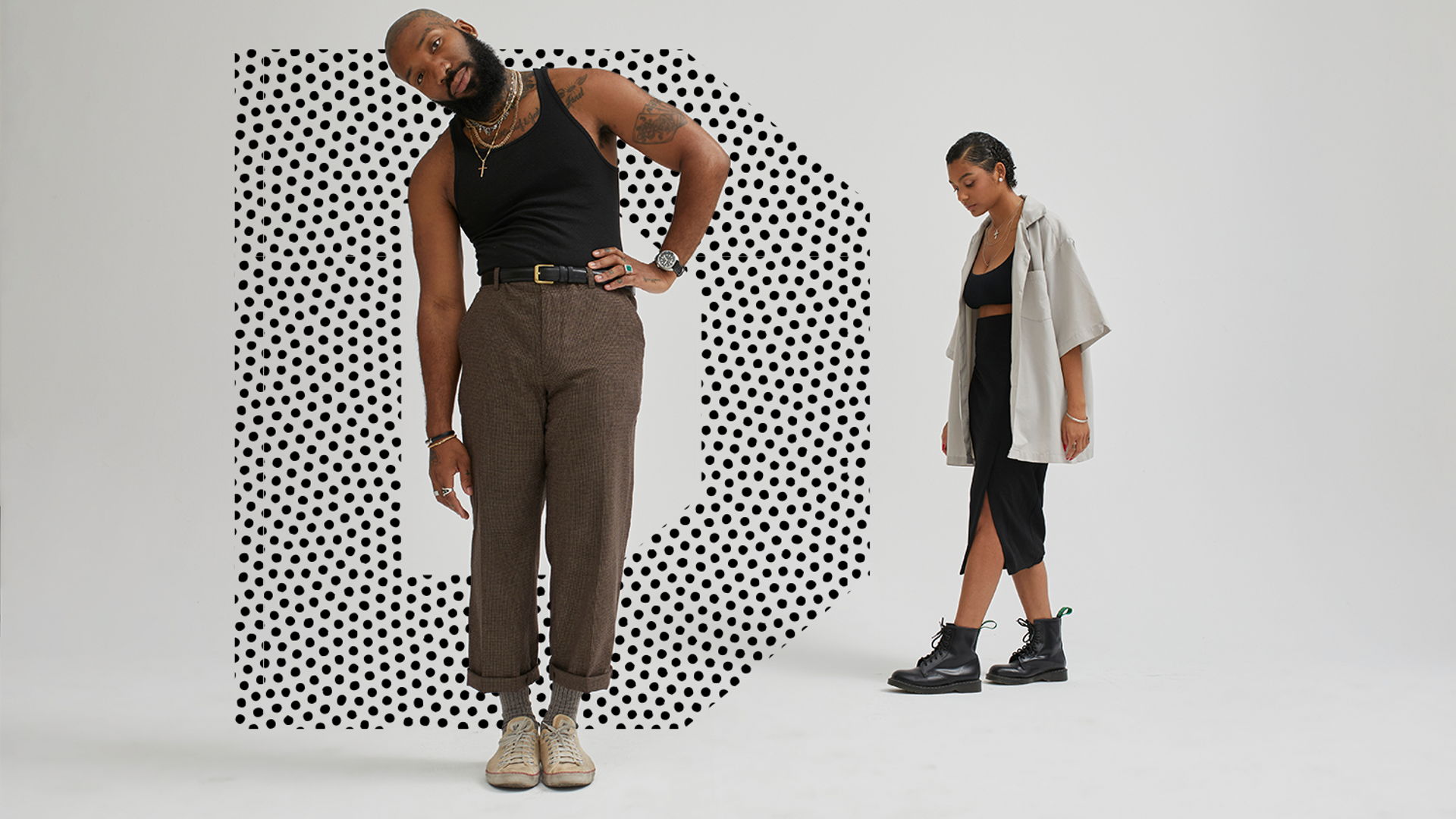 Should a company exist for profit or a purpose?

Ashley Phillips and Miro LaFlaga believe that purpose matters most, and too many companies go into business purely for the sake of business. Sure, with luck, planning, and hard work, the profit will follow, but the two creatives don’t design brands that focus primarily on dollar signs. Instead, their work hinges on how a company’s existence impacts lives, however small or large that may be.

Ashley (who also goes by Ash) and Miro started Six Cinquieme because they wanted more control over the projects they worked on. “When we met, we were both kind of in a weird state of mind where we were feeling a little lost and unsure where we wanted to take our careers,” Ash said. “A lot of the places we had worked sucked the joy and life out of everything we like doing. They sucked the creativity and passion out of us. So we thought about how we can do our thing and work on projects we care about.”

Miro also admits they couldn’t really find other existing agencies in their home of Montréal that reflected who they were as BIPOC individuals. The official language of Quebec, Montreal's province, is French, and Miro—a Black, English-speaking man with tattoos—didn’t feel like he fit the typical Montréal agency mold.

“I met other people who felt the same way,” he said. “I wanted to create my own company that’s a reflection of people like me who could work in an environment where they feel comfortable being themselves. And that was really the fire.”

At the same time, they also wanted to create work that would change the world and make an impact. They both admit that there’s nothing wrong with a brand making a profit, and they realize that change happens gradually and over time—but they want their work to nudge the needle in the direction of more purposeful companies.

Ultimately, they want to align a brand’s ultimate aspirations with the brand itself because social media likes and money earned are fleeting things. Legacy, on the other hand, is not.

When clients approach Six Cinquieme, Ash and Miro take a very strategic approach to their work. They start at the heart of things and look for ways to visually bring that to the brand. A project like Phi Center’s creative accelerator program In Flux: Poetry Films really highlights the kind of work they do and how they bring brands to life. As a new initiative to mentor and support aspiring Black filmmakers, PHI needed guidance on successfully communicating the goals of this project while remaining authentic in their approach.

Ash and Miro helped them develop the program name, “In Flux,” as a representation of Black creativity and how it continuously evolves. The project’s imagery puts added emphasis on the people involved, both participants and mentors, giving it an instantly relatable feeling. It was also a critical choice for a project revolving around Black folks in film, a medium dominated by white men. The sans serif font gives the project an effortlessly modern and versatile vibe that can easily get adapted for future creative events and programs.

They both admitted the most difficult part about Six Cinquieme is where they currently find themselves—looking to grow the agency. “As we’re attempting to scale, getting to that next level is a challenge,” Ash said. “We’re figuring out the best way to do that without compromising our values and the way we want to operate. Do we need to follow what other bigger agencies are doing, or is there a way that we can figure out that will help us find that balance we’re looking for in terms of lifestyle and that we can also give to the people we work with and future employees? I want to create something that no one's done before, so that’s a challenge because I don’t really know what that looks like yet.”

Looking towards the future, they’d eventually like to morph Six Cinquième into a media company and creative hub—a place to produce their own original content, including books, video games, or television shows—and they’ve already put the stepping stones down for that. Ash and Miro always have their eyes on what’s next and how to improve, but they also take joy in some of their greatest successes during their nearly five years in business. Things like getting shortlisted for an ADC Award or getting selected among the Top Creative Agencies by Designrush.

Perhaps most meaningful for an agency that’s all about brands with impact is the impact that agency has on others. Six Cinquieme runs workshops to share the knowledge they’ve learned and continue to learn along their journey, and they’re not only educational but inspiring. Ash said, “It was important to us to offer some form of representation and support to other BIPOC businesses and to aspiring creatives who maybe were interested in creative careers but didn’t necessarily have that example or exposure, or maybe weren't really aware of the possibility of entering a creative career.”

“The biggest success is seeing people within our community here in Montreal start up their own agencies,” Miro said. “We see more of that, and that's pretty big.

“A colleague of ours said they went to a school for a speaking engagement, and he asked the students what they want to be when they grow up," Miro noted. "And some of the students mentioned us. They're like, ‘I want to do creative work and have my own creative agency like Ash and Miro.’ I felt like that was crazy. And that’s why representation really, really matters.”

Now That Royal Warrants Have Expired, Will King Charles' Ascension Force Some Brands To Change Their Packaging?