One of the phrases that designer Abraham Lule repeated while creating the packaging design for Mezcal Vago was "Rustic Elegance," and you'll see this concept shine through powerfully. While designing, Lule consciously wanted the brand's historical roots and ancestry to shine through, and, through the typography, illustrations, and beautiful texture, he has done just that. Plus, there's no denying that every single detail of Mezcal Vago's packaging is rustically elegant in the most captivating ways. Below you'll find an in-depth interview with Lule describing his design process and inspiration. 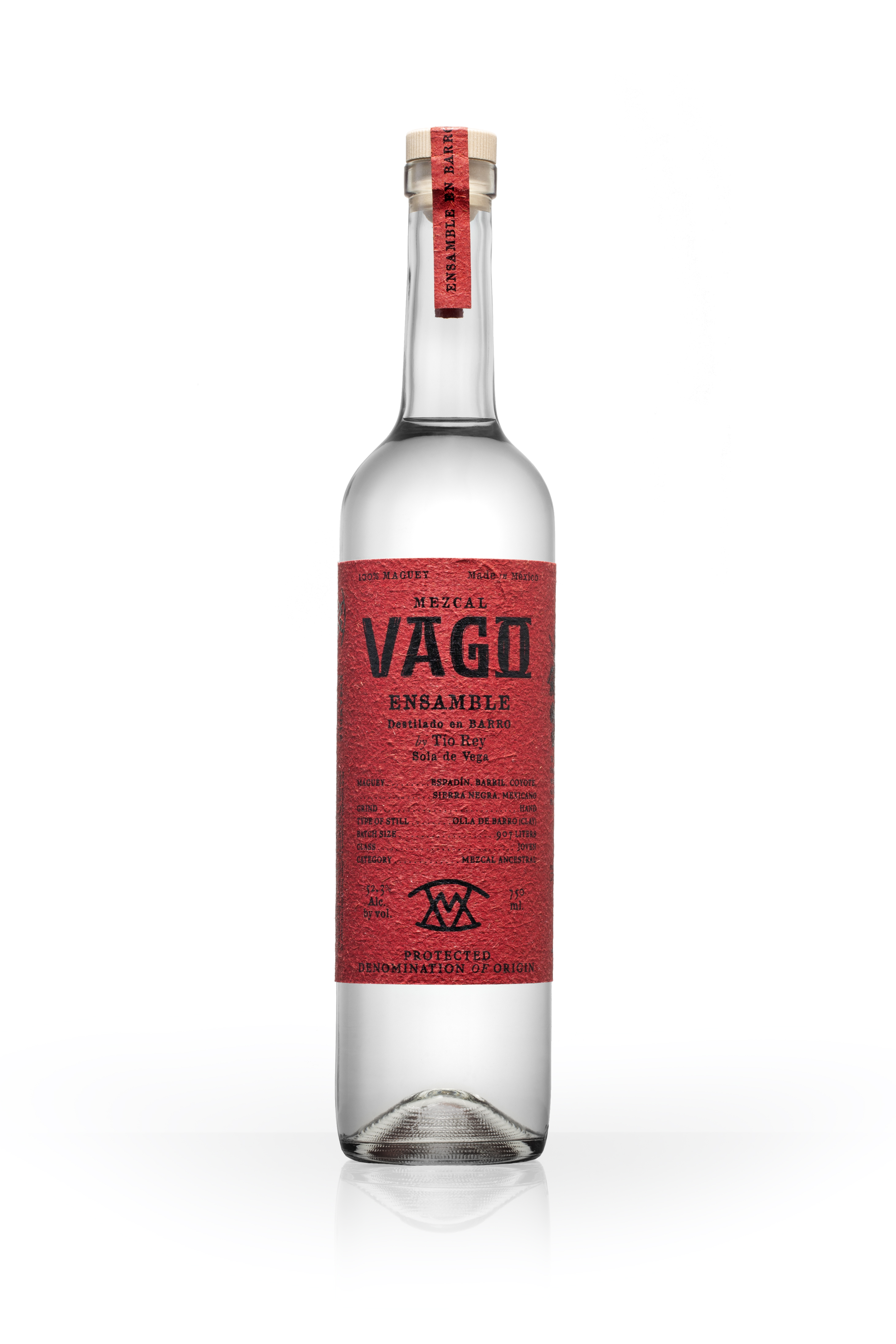 What is your full name and the name of your company?

Based in: New York

Who do you consider your biggest design influences?

Aesthetically, the work of Designer Louise Fili and her understanding of typography and crafts have been some of my biggest influences since I started my professional career. Although, there are other designers, if not by style but by philosophy, who have influenced my design practice. Massimo Vignelli, Stefan Sagmeister, Herb Lubalin, Alexander Girard, Bruno Munari; perhaps a combination of all of them summarizes my design intentions.

How would you describe your design style/aesthetic?

Nostalgic, human-touched, sensorial, story-telling driven, composed, typographic. What I do is ever-changing. I don’t think that I could categorize my work in one bucket. What I do always has a hand-crafted layer, and perhaps that's the red thread. It’s important that the person in front of what I do can tell there's a person behind the work, especially in a highly technological world. Design has been so computerized, democratized, and, consequently, colonialized; everything blends, and there's very little room for identity. Showing proof of humanity is one of the ways we communicate authenticity, and ultimately, identification and uniqueness.

How did you connect with Mezcal Vago for the project?

I had many connections to Mezcal before starting this project. Being from Mexico, I’ve been a mezcal lover since I was legally allowed to drink (maybe even before jaja). Similarly, Oaxaca is a state I’ve been a huge admirer of. I’ve been working for the wine and spirits industry for about 10 years now. All of this contributed to my involvement in the re-branding and re-packaging of the brand, although, it wasn’t enough to solve some design challenges during the process.

Having an appreciation for the process of Mezcal making and respect to the people were the two things that impacted the designs the most. And of course, my handcrafted design approach served as a design tool along the way.

Tell me a little about your inspiration for the design.

During the time I spent working on the brand and packaging, the phrase I kept repeating was “Rustic Elegance” - This concept quickly became the golden standard for every iteration we had, and it is still how I think of Vago today.

For Vago, the concept of remoteness and ancestry is the bone marrow of the brand; its core. This also captures in natural poetry the essence behind their labor of love and what I appreciate most about the brand.

Mezcal Vago cares deeply about their masters, and the whole packaging system seems like a homage to them. We wanted to really capture their essence on the label. Each of the symbols on the labels are simple monograms of an M and a V (Mezcal Vago) The simplicity of the line-work in each of them is almost an abstraction of something else: An eye, bull horns, twin mountains, a rising sun.

This gives Mezcal Vago its own unique language – almost like ancient hieroglyphs- emphasizing the ancient history of mezcal-making and recipes. It also gives the identity a mysterious personality that goes well with the remoteness of its origins.

The Dancing Man and Aquilino’s medallion are perhaps the only two elements we kept from the very first iteration. I intentionally wanted to add a Monogram/Emblem/ Medallion somewhere, not only as an aesthetic element, but because the previous design had a stamp already and seemed obvious to revisit.

When I noticed the symmetry of the characters in the word VAGO, I realized I could create a “man” with them, and therefore connect the word “VAGO” to its literal meaning. So, in the end we have a monogram of the brand that is also a pictogram. For a while I called it our "Vitruvian Man."

Tell us about your process.

Packaging design is about bringing a story to the forefront in a tangible way. It is almost as if you’re designing a book cover. My design process with Vago started with the story the brand wanted to tell to the world - And, for a brand with such sense of remoteness and people, traveling to Oaxaca and meeting everyone in person, seemed the right thing to start with.

We worked the re-branding and re-packaging in parallel, using the bottle as the main application were the new brand will find implementation. By doing this, it’s important to have a peripheral view while working on the project; eventually the branding will live outside the packaging and you need to ensure the same impact will be the same on and off pack.

My handcrafted-analog methods served to solve the rustic elegance of the brand and bring authenticity to the forefront, mirroring the processes of each Maestros Mezcaleros and their ancient traditions. This ensured that each of the bottles would bring a little piece of their Palenques to every consumer. 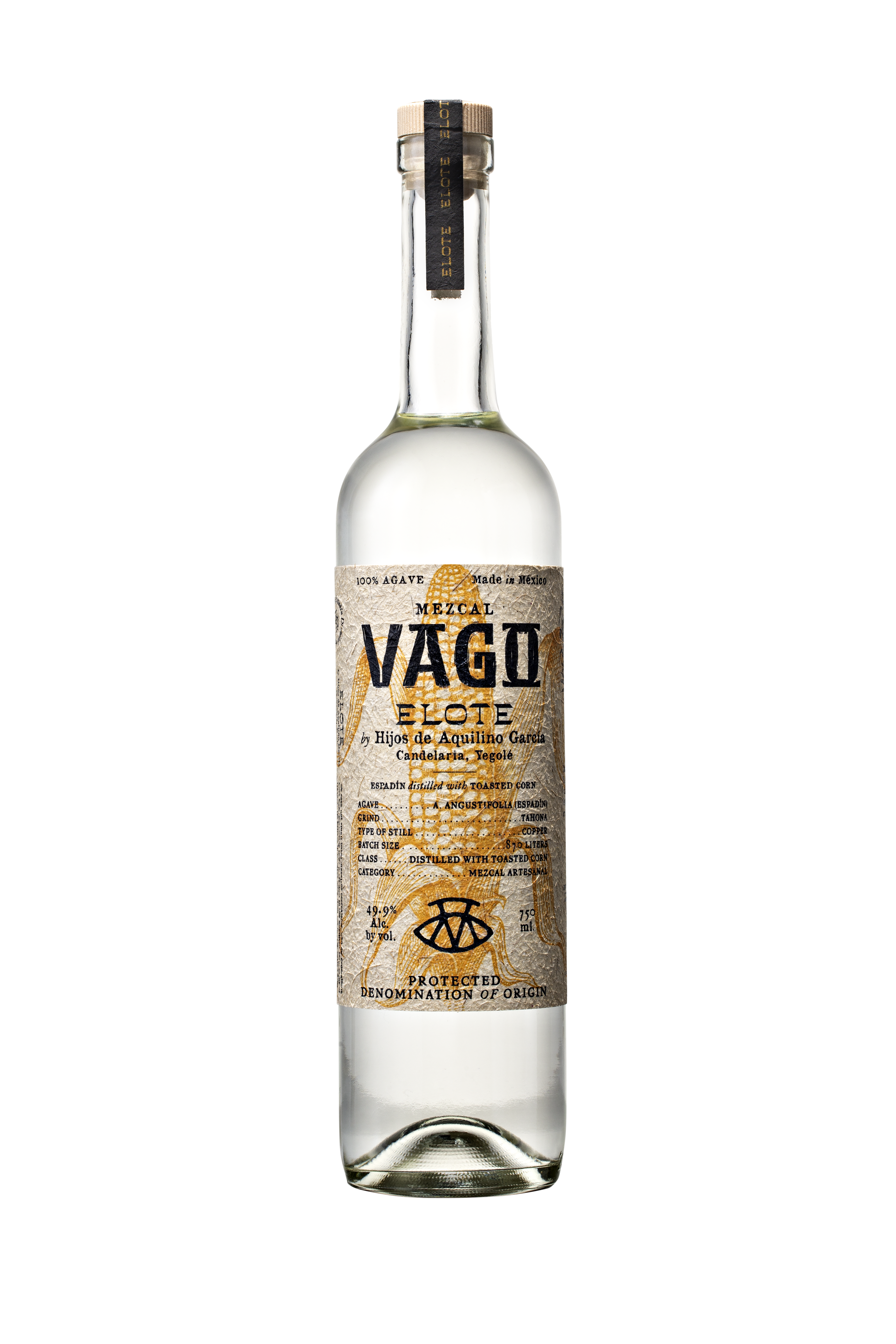 How did you go about drawing the illustrations?

Each of the masters has a very unique way of crafting their Mezcals, I wanted to portray that accurately and communicate the essence of their mastery.

I crafted two illustrations per master, almost like vignettes. The first, featuring the origin and place (their palenques), and the other, focused on their process. Borrowing inspiration from authentic wood-engravers in the region of Oaxaca, carved vessels called tinajas and jícaras (“glasses” where mezcal traditionally is drank).

The one-ink, handcrafted illustration style seemed to be the right answer to pair with the typographic compositions on the front of the label and feature Vago’s world through an artisanal lens.

Have you worked on any other high profile projects we might have heard of?

I like to think that each project I’ve worked on in the past has importance regarding the size of the client. They all have contributed to the design community and the economy of their companies in one way or the other. But perhaps, my time designing for Norah Jones, Facebook, and José Cuervo, are good examples of both; the design practice and the scale of their impact. Similarly, during my years in the design agency world, I participated in many projects for the Diageo and Pepsico portfolio, from rebranding, repackag?ing to branding, packaging, and innovation projects; it was an interesting creation time.

Love Is In the Air With Zipeng Zhu

Inside the Whimsical and Wonderful World of Lisa Congdon