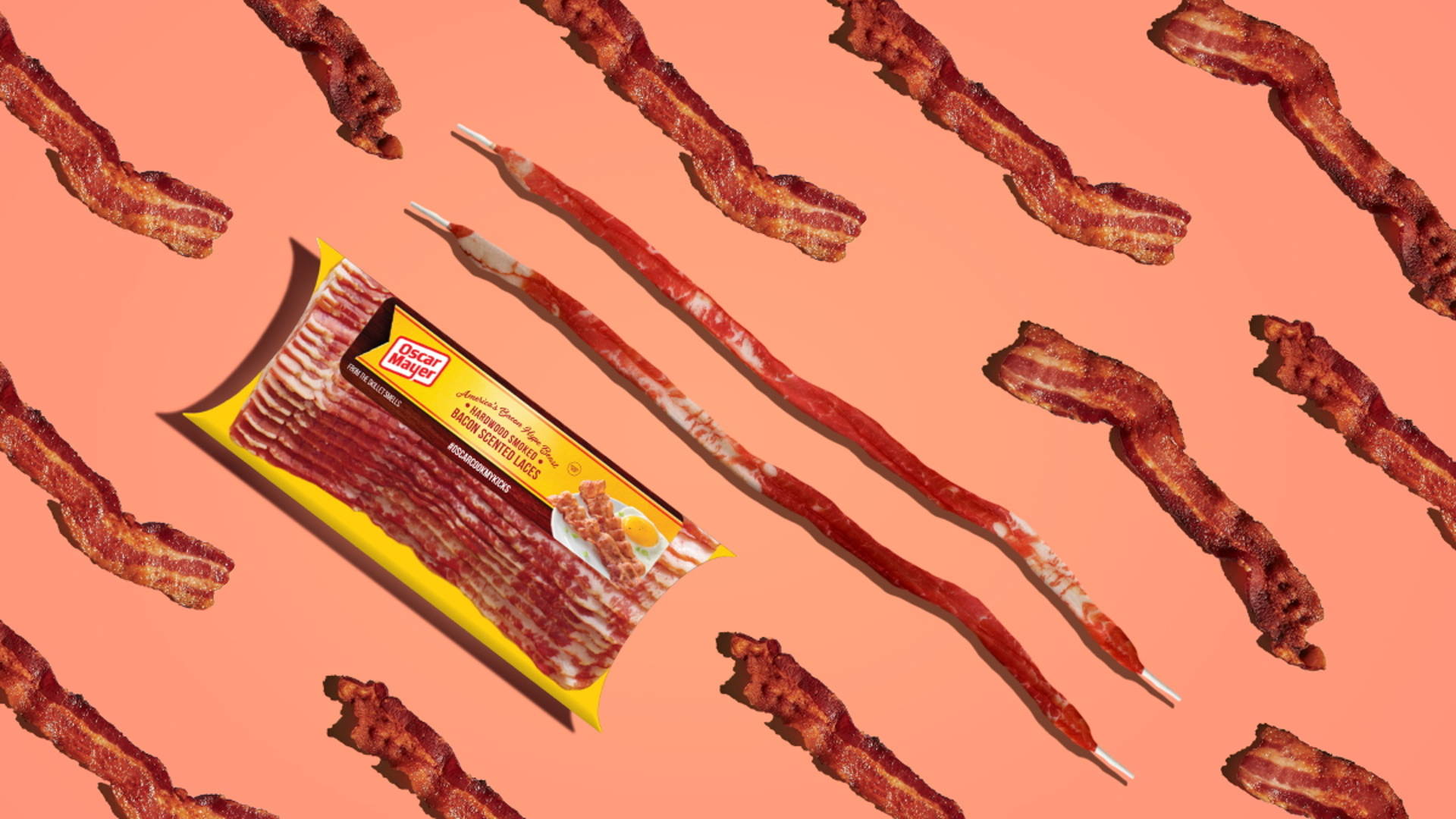 Meaty, smokey, salty, and sweet, bacon has a lot going for it in the flavor department. And though Americans usually eat the cured meat away from home, the love for the fatty, porky goodness was undeterred by the novel coronavirus, as Americans adapted and learned how to properly prepare strips of pork belly in a frying pan. Bacon’s complex and rich flavor profile allows it to complement or enhance plenty of foods, from sandwiches to salads and even in ice cream, but it’s not just recipes that the cured swine buffs. As it turns out, bacon even makes shoes better.

Purveyors of pork Oscar Meyer are no stranger to the power of bacon, and in celebration of the first re-issue of the Nike Air Max 90 “Bacon,” Oscar Meyer is releasing bacon-themed shoelaces. In addition to sporting a bacon print, the shoelaces are also bacon-scented and come inside packaging inspired by the real deal.

Originally designed in collaboration with the now-shuttered Dave’s Quality Meat (DQM) clothing store, the colorway is just layers of pork-inspired hues along with touches of butcher-paper white. Originally released in 2004, this pair of kicks have long been a fan favorite and much-anticipated re-release.