Drink at Your Own Risk: How a 90s Lawsuit Changed (or Failed to Change) Coffee Drinking

You can sue anybody for just about anything—sue Michael Jordan because you look too similar to him, sue a dry cleaner for millions over misplaced pants, sue a beer company because the tropical setting and beautiful ladies from the ads fail to transpire.

And yes, sue McDonald’s because their coffee is hot.

You may already be aware of the lawsuit in question, Liebeck v. McDonald's Restaurants. It’s long been the poster child of frivolous lawsuits because, duh, coffee is hot. Who orders their morning brew wanting it to be room temperature? Clearly, Stella Liebeck found a loophole and cashed in on it before some other crafty idiot was able to.

Except Stella Liebeck didn’t just burn her tongue and complain about it.

“She had third-degree burns on her legs and genitals, and she went into shock,” Meghan Keneally wrote in The Daily Mail. The burns she received on over 16% of her body (including some third-degree burns) kept her in the hospital for over a week, and her full recovery took two years. “She underwent painful skin graft operations, and her surgeon said it was one of the worst cases he had ever seen. She was permanently disfigured, and she nearly died.”

Doesn’t sound so frivolous anymore, does it? 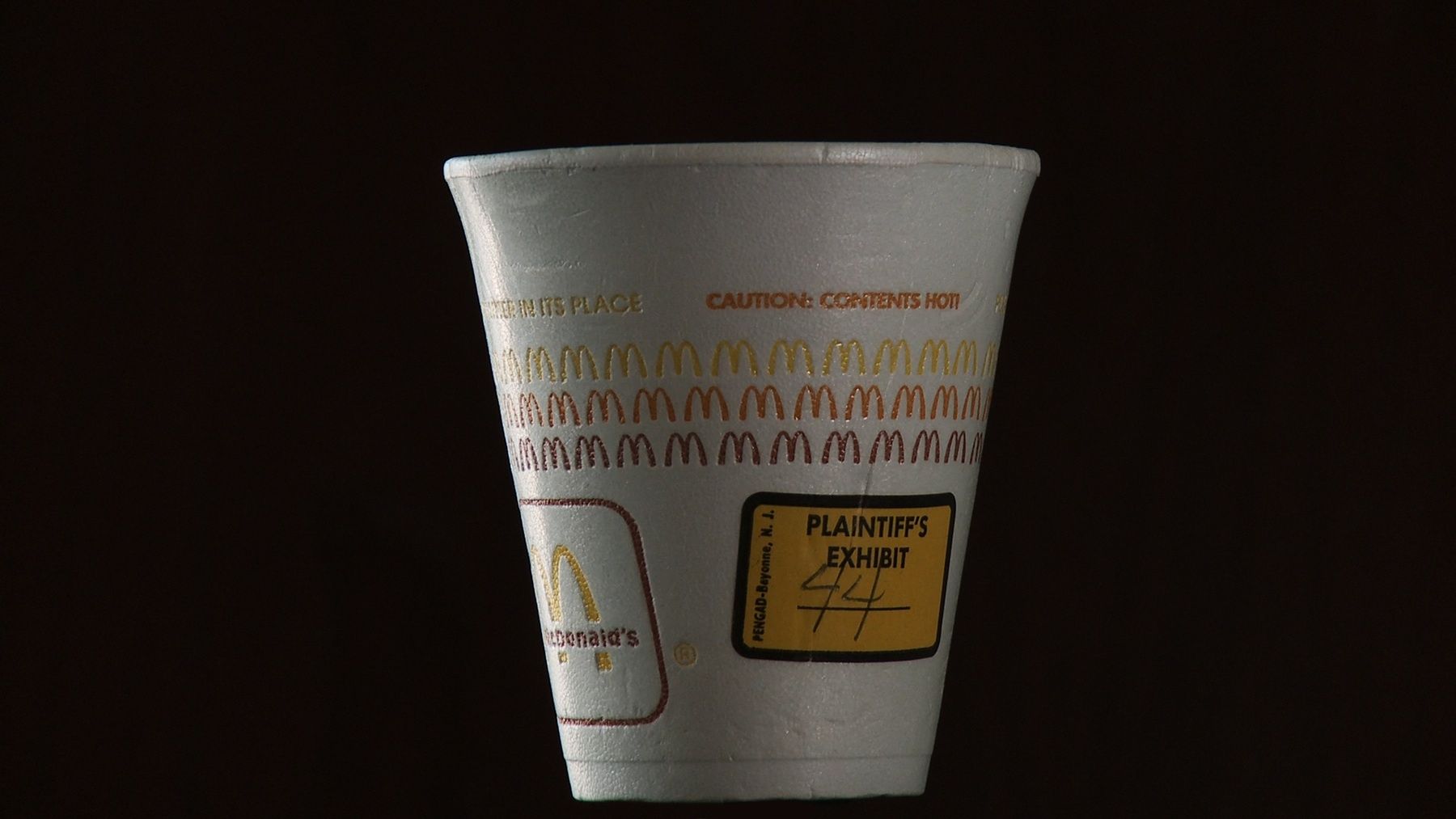 Woman spills coffee on herself, wins millions—well, sort of.

A lot of different factors came into play on that day in February of 1992 when Stella was sitting in the passenger seat of her grandson’s parked Ford Probe. There was no cup holder available to her, so she instead nestled the cup in between her legs to put in some cream and sugar. When she spilled the scalding hot coffee onto her lap, it pooled in the car’s bucket-style seat and quite literally began boiling her skin alive.

Being 79 years old, Stella wasn’t agile enough to get up and out of the liquid gathered in her seat, but that would have helped only a little. At the time, McDonald’s served their coffee between 180-190 degrees, a temperature which can cause third degree burns in less than 15 seconds.

When Stella requested McDonald’s pay for her medical expenses as well as the time for her family to take off of work and care for her, they offered her a paltry sum of $800.00. She didn’t want to go to court and tried two more times to settle without legal action, but the restaurant refused.

“I was not in it for the money,” Stella told Retro Report in an interview. “I was in it because I wanted them to bring the temperature down so that other people would not go through the same thing I did.”

During proceedings, the jury sympathized with Stella, especially after seeing the actual images of the damage she received from her 8-ounce coffee. Further damning evidence was that there had previously been over 700 other complaints about hot coffee burns from McDonald’s.

“McDonald's themselves even admitted that at that temperature, their coffee was a ‘hazard.’” William Haltom and Michael McCann wrote in Distorting the Law: Politics, Media and the Litigation Crisis.

The media loved saying that the jury awarded her $2.9 million, but in reality, Stella walked away from the case in 1994 with about $500,000—an overlooked detail which in turn sensationalized the story and fed into the frivolous lawsuit narrative. 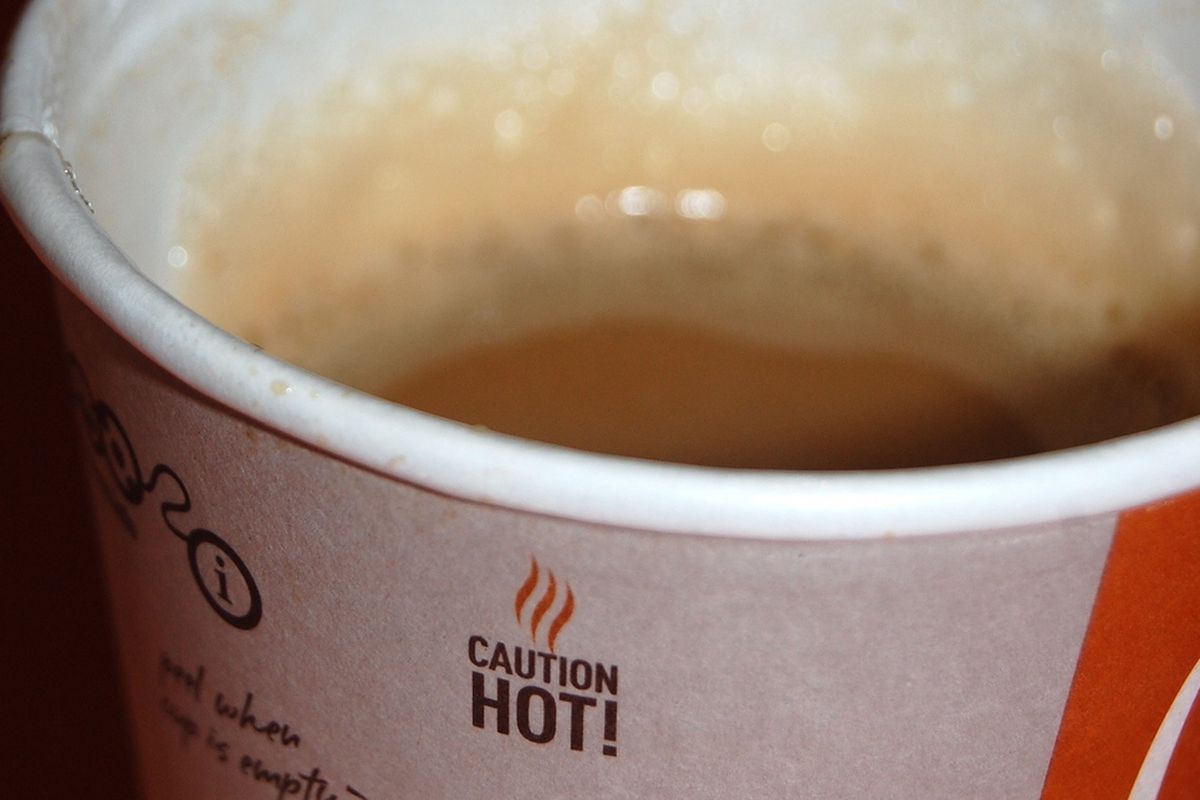 How did this one lawsuit change the coffee drinking experiences of today? It’s more than just the tiny “Caution: Contents Hot” warning on your coffee cup.

Hop in your car and you’ll no doubt find cup holders—something considered a “future frill,” as reported by US News and World Report only a few years before the case, but which are standard amenities. We now have sculptured lids with a small hole at the top, “eliminating the need to open the cup and reducing the potential for spills,” according to The New York Times. The lip of the lid was also raised above the cup rim to help prevent coffee from sloshing up mid-sip. A cup sleeve, officially called a zarf, adds an extra layer of protection between us and our hot beverages.

New products have come along, like the Versalite, a recyclable cup made of #5 polypropylene—it insulates a drink to keep it hot but prevents it from being too hot to hold. There's also an endless amount of reusable travel mugs insulated to do the same thing, but without the potential for waste.

But all of these things only mean so much if you’re drinking a liquid that’s nearly 200 degrees. Although one study showed that people typically drink their at-home coffee at 140 degrees, the recommended brewing temperature from the National Coffee Association is still in the 180-degree range.

“During the Liebeck court proceedings, McDonald’s said it served its coffee between 180 and 190 degrees,” according to The New York Times. “The company has refused to disclose today’s standard temperature, but Retro Report shows a handbook for franchisees calling for temperatures 10 degrees lower.”

If it doesn’t sound like much, it’s because it’s not. McDonald’s chooses to keep their coffee scaldingly hot because, according to attorney Butch Wagner, hot coffee stays fresh for longer. They save money by doing this (millions per day, in fact, across their US franchises alone), even if it means paying out for other hot coffee settlements—of which there are plenty.

A man is suing a McDonald’s in Illinois for “severe and permanent disabling injuries” due to a hot coffee incident, two women in Fresno, California have filed lawsuits against the fast-food chain, and an Oregon location got sued after a teenage girl was scalded by a cup of hot water.

Knowing this, how do you not see a business putting profit before the safety of its customers? To be fair, popular coffee spots like Dunkin’ Donuts and Starbucks have both gone to court for serving too-hot drinks as well. However, it seems odd that a company that has been burned before by such a famous lawsuit would prefer a damaged reputation than taking the time to come up with an actual solution.

Sure, you can sue anybody for anything—but how many times will McDonald’s be sued for the same thing, considering “Caution: Contents Hot” just isn’t cutting it? 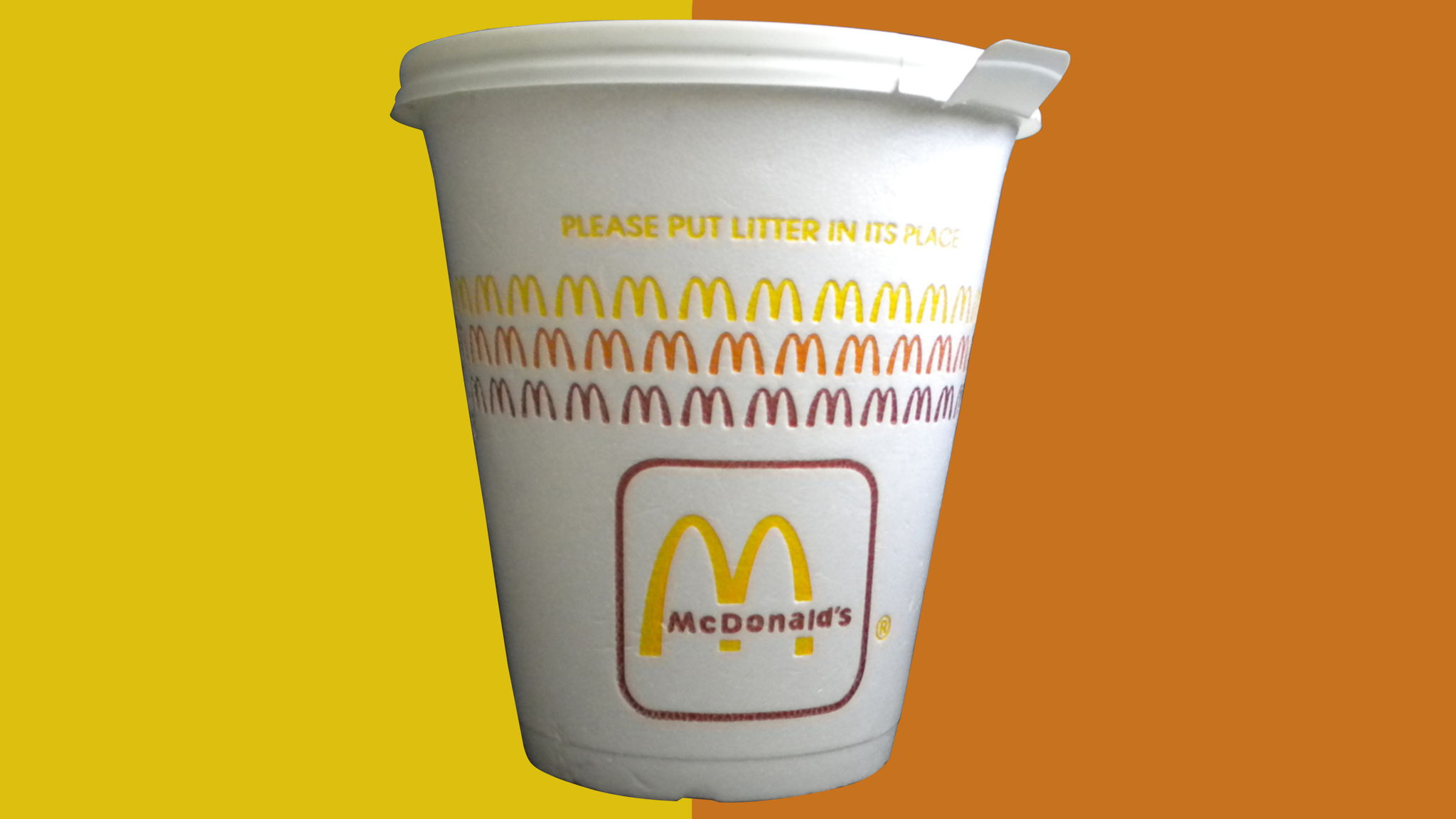 Last Day To Submit You Entry Is THIS FRIDAY