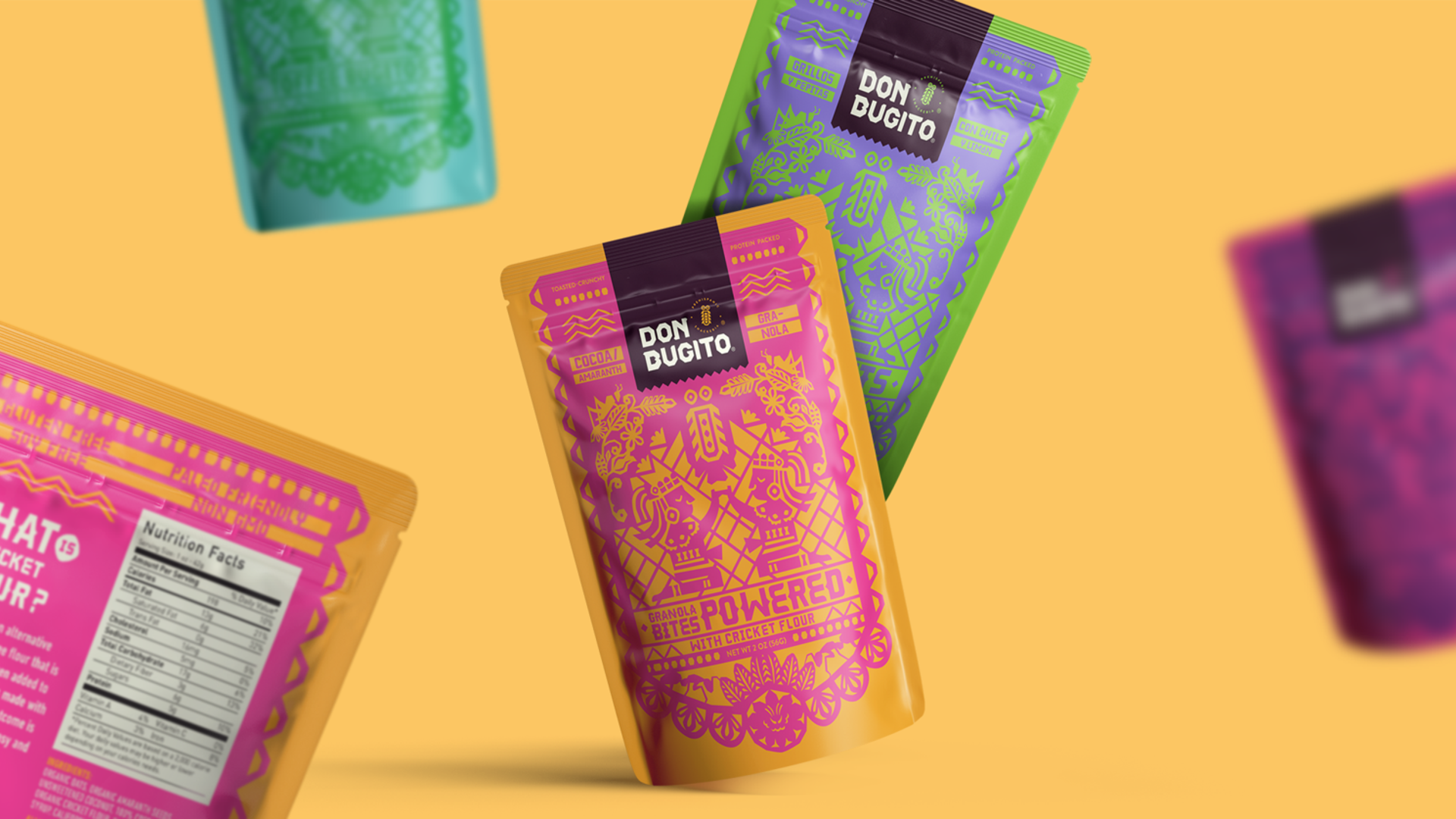 How To Design an Award-Winning Cricket Snack With Don Bugito

Strolling through a farmer's market in a foreign country is a treat as you can learn a lot about the country's cuisine.Parts of Asia, Africa, South and Central America and even down under in Australia treat insects like grasshoppers, larva, crickets and more as an average meal. While to most of the Western world, it feels like you're on the next episode of Fear Factor, to others it's a part of life and a great source of protein.Think about it. Insects aren't as disgusting as most Westworlders would believe, in fact, 2 billion people around the world eat them on a daily basis. Since they are protein heavy and low in fat and calories, entomophagy, the diet practice of eating insects, has been known to combat obesity and fight malnutrition all at once.

Monica Martinez, founder of Don Bugito, has taken a stance by launching her the Prehispanic Snackeria because she finds edible insects to be a tasty planet-friendly protein snack.In 2010, she began selling her treats out of a food truck in San Francisco at local farmers markets and street vendors to help educate members of her community on the benefits of their sustainable food practices.Martinez and her team at Don Bugito taught workshops to educate members of their community on the benefits of sustainable food practices. “Despite the fact that edible insects are objectively delicious, for some, it requires a bit of bravery to take the leap,” begins Martinez. “Edible insects hold huge potential as an ingredient to create delicious foods.  The more you know about the benefits associated with the edible insects, the easier and more enjoyable the experience becomes.

In 2013, the company started packaging their snacks, selling her treats in silver pouches with handwritten stickers. As time went on, Martinez noticed the edible insect market opened up more and realized it was time to invest in her packaging, which is where designer and illustrator Carla Eráusquin and art director Paloma Nieri enter the journey."Don Bugito already existed," says Neiri. "There was a logo and packaging design. They had Don Bugito as their main character, but they needed to consolidate the brand to expand their line of business, and that's why we chose to start with the redesign of the logo before proposing the graphic designs of the packaging."

Throughout their research, they discovered that insects were once revered and respected in pre-Columbian times. This sparked the conceptual designs, which had "Don Bugito as a protagonist along with characters that represent ancestral Mexican cultures," adds Eráusquin.Once that was set, two challenges surfaced. How does one create packaging that appeals to the public, both who are open to the idea and those who aren't? And how does one showcase the great benefits the product has to offer the consumer?

They designed striking bags with vibrant bursts of colors, where each features illustrations of Mexican-inspired culture like pennant banners found at festivals along with the Don Bugito character front and center. The colors chosen on the bags were Eráusquin and Nieri’s interpretation of flavors when testing out each of the snacks.They also added a description of the health advantages for each particular insect on the back. For example, if you're interested in cricket flour, it reads as "Our cricket flour is an alternative protein-packed, gluten-free flour that is milled to perfection and then added to our yummy granola bites. It is made with toasted crickets."

This past March, Eráusquin and Nieri were recognized for their striking design, winning first place for Best Design Packaging at the Latin American Design Awards. The dynamic duo successfully transformed Martinez’s food truck treats into a highly addictive snack that’s just starting to make its way into stores across the country.And they even got to eat a few crickets along the way.

Check Out This Adorable Conceptual Cannabis Branding and Packaging