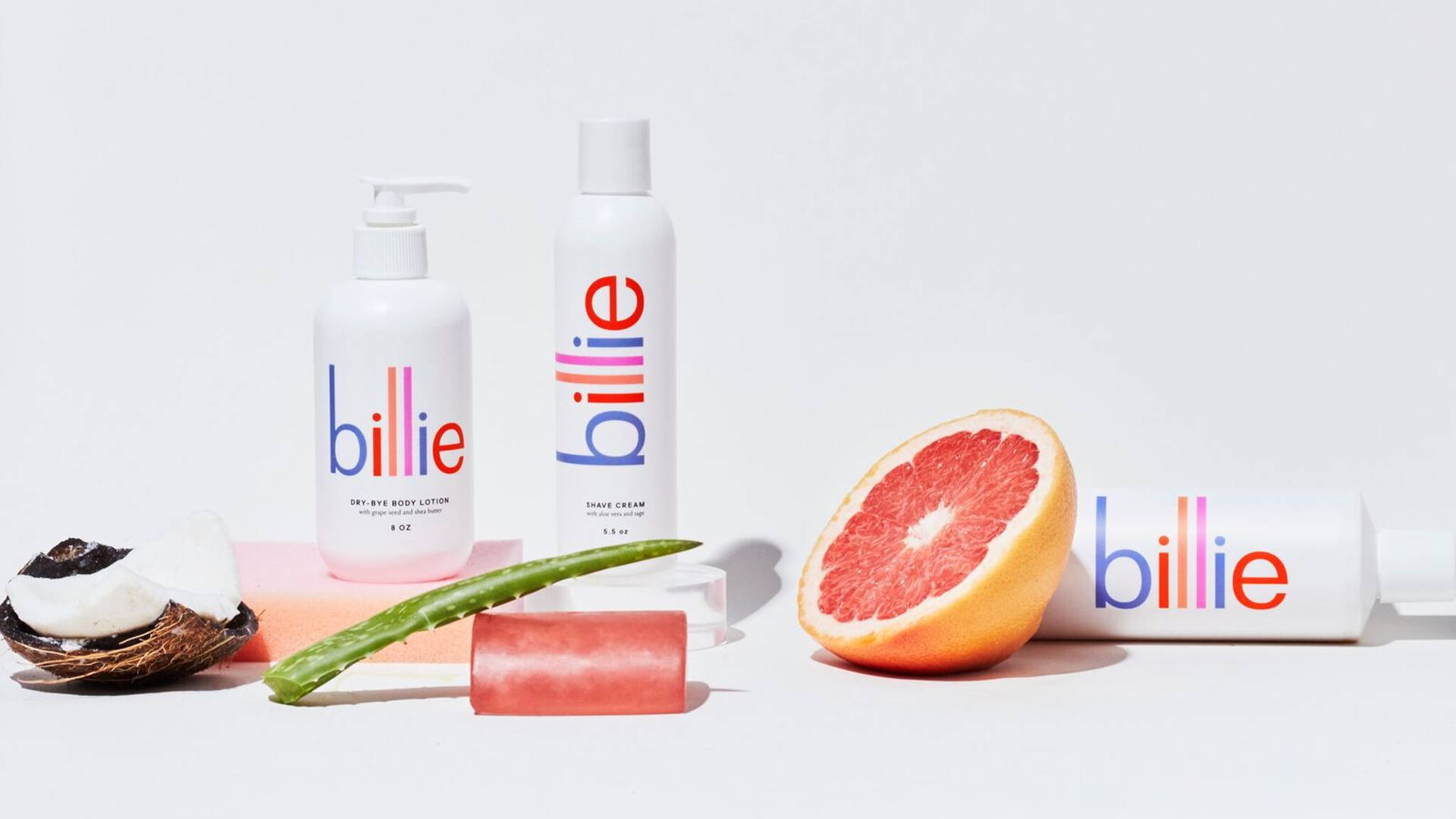 Billie Wants You to Say Goodbye to the Pink Tax

Ever heard of the Pink Tax? Well, if making seventy-nine cents on the dollar isn’t insult enough, women also pay more for common items, like clothing, pain relievers, and shampoo. What’s more, these products are often designed with an ill-conceived vision of what women like (pink! flowers! um, more pink!), rather than putting in serious thought on female-first design.Billie is looking to change all that. Created for women, by women, they offer a razor subscription service along with products like lotion and body wash.The increase in cost for the female counterpart of certain goods often prompts women to simply buy the men’s version of something. Co-Founder of Billie, Georgie Gooley, used to do this. “I didn’t want to give companies my money if they were being unfair because of my gender,” she explained. “But when you use a product that actually takes women into mind, it makes such a difference.”

Consider the fact that women shave ten times the surface area of a man, or that it’s often done standing in the shower rather than in front of a sink. Billie aims to optimize their products to this experience, rather than take something that works for men and stick some roses on it.“When a women’s brand is spun out of a men’s brand, the first thing people think is let’s just slap on some pink. They play on a cliche world of what we think women will like,” said Georgie. “Everything is pink and purple, and you’ve got legs flying in the air.”Many women’s razor companies show sensual, calm ladies balancing one leg on the edge of the tub; they are goddesses of the bath. But any woman can tell you the reality is vastly different—it involves nothing short of amateur gymnastics to shave, sometimes.So instead of giving off the appearance that shaving is simple and glamorous, Billie goes to the heart of what it’s about. “We wanted it to be real and confident, and through the female gaze,” she mentioned. If you hop on the website you’ll see models in swimsuits and workout gear, but rather than being sexualized, it’s celebratory and about feeling comfortable in your own skin.

To create the razor itself, they had three big goals: make something pleasing, make something functional, and make something that can actually be produced. During this six-month process, Billie consulted with hundreds of women to get it just right by assembling focus groups but also looking into different iterations and 3D printing.“We wanted to make sure we created something aesthetically pleasing but also ergonomic,” Georgie explained. “We put a handle in their hand to see where they put their finger, and we examined the differences in shaving their legs versus their armpits.” This led to them designing cartridges with curved edges rather than square, making it easier for harder-to-reach, curved places like underarms.Billie’s packaging formed from a desire to not look like anyone else. Georgie acknowledged, “There are so many companies that launch now. Sometimes there’s a design aesthetic that everyone’s trying to reach, and it can be easy to blur.”So instead, they went for something bright and contemporary, fresh and playful. The logo is a strong statement on its own, with a beautiful simplicity in its modern sans serif font and bold, unmissable colors. “It’s an instant jolt of color,” Georgie said. “It’s that instant feeling that you see when you see the brand.”

Developing the subscription model was also a high priority for Georgie. “It was important to build one that works with the customer,” she said. “It’s one thing to attract a new customer—it’s another thing to keep them.”The key then is not only thinking from a business perspective, but also from the customer’s perspective. In the case of Billie, this means letting customers choose the frequency of their subscription up to three months, and essentially not punishing people who don’t need or want to shave as often. “We don’t want to be a company that makes people feel like they should shave. This should be a brand you enjoy and use, even if you don’t shave.”

When it comes down to it, Billie isn’t merely a shaving company. Instead, Georgie emphasized they are a body brand, leaving them room to grow in the future. While they’ve got some things in the works, she wants to focus on the right here, right now—a joyful perspective that the brand itself seems to adopt. “We really just want to make your everyday routine more delightful and more affordable.”