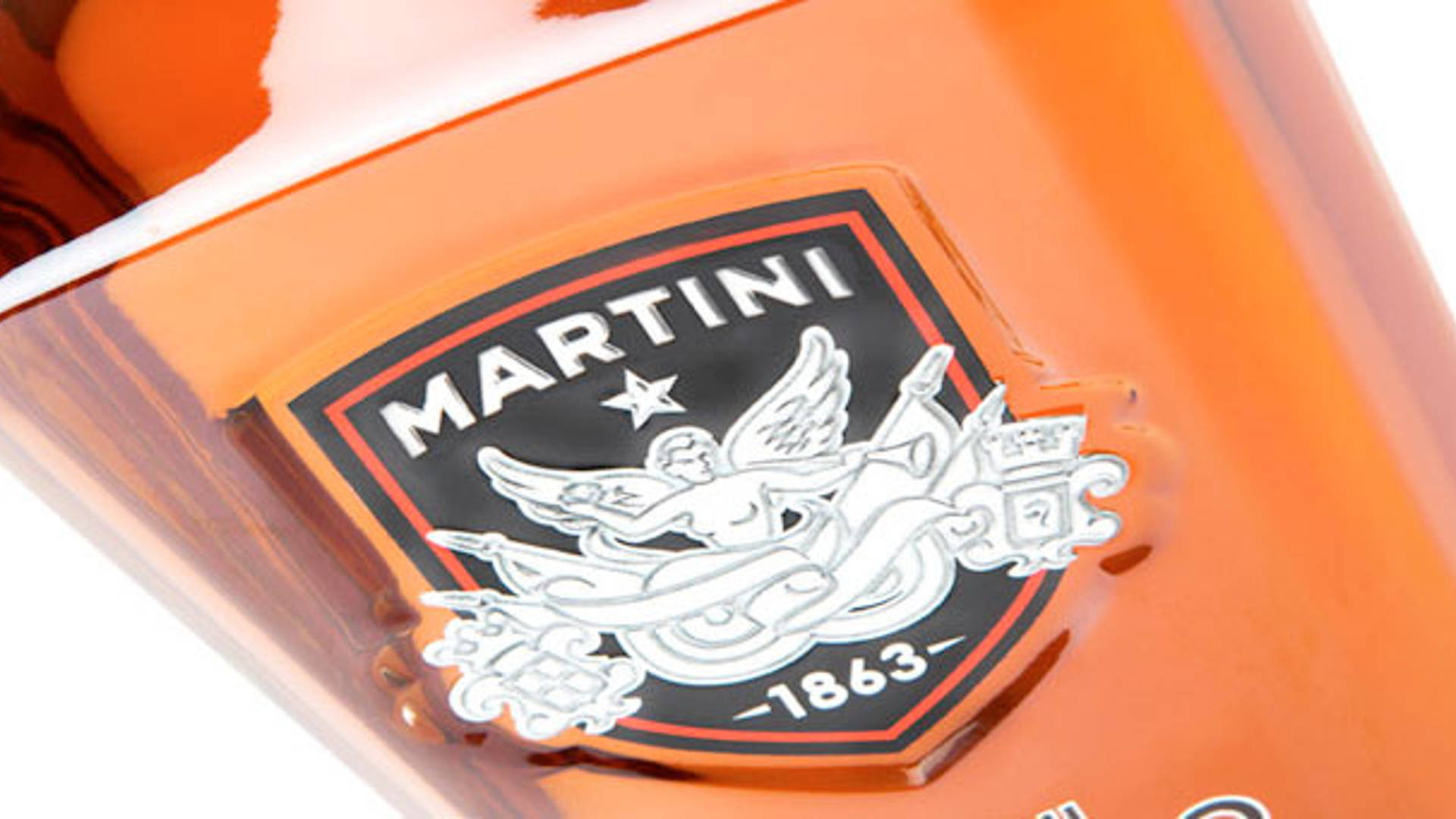 "Martini Spirito is a new blend that uses Lapsang Souchong tea, toasted American Oakwood and other flavourings. Identica was tasked with developing designs that would appeal to a ‘younger, trendsetting’ audience, and particularly to male drinkers. The Martini portfolio is, the brand says, particularly successful with female consumers."

"The consultancy says it has taken design cues from Italian fashion and motoring heritage marks, such as Lamborghini.

The Spirito crest features metal foil stock, and is pre-tarnished to resemble a car badge. 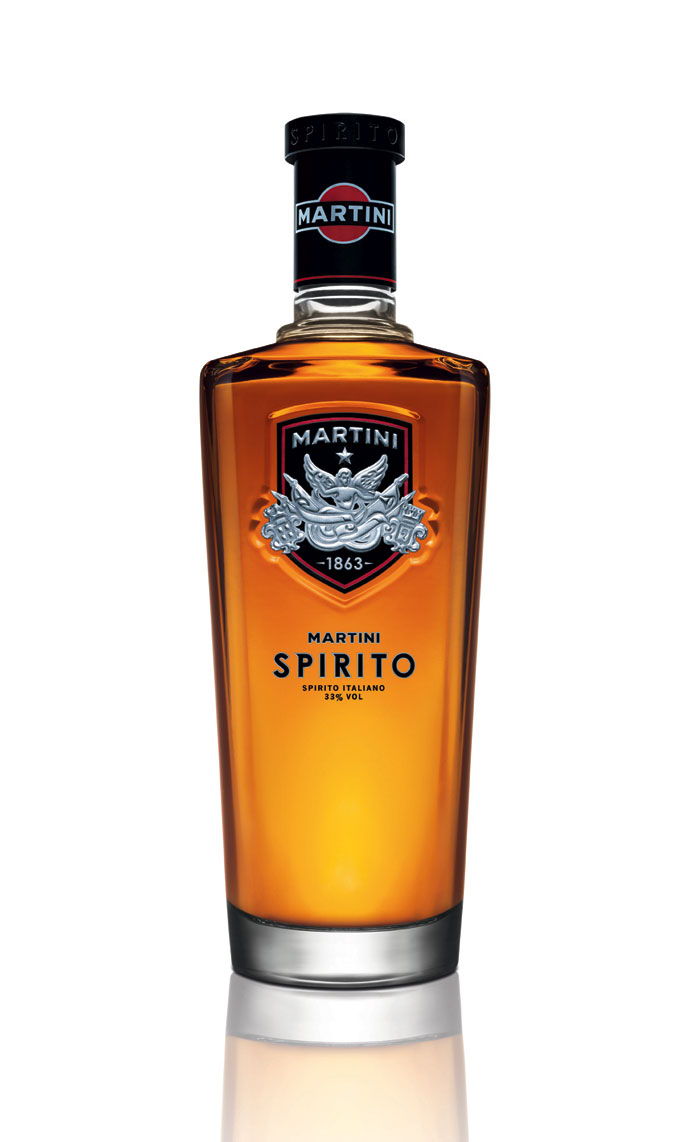 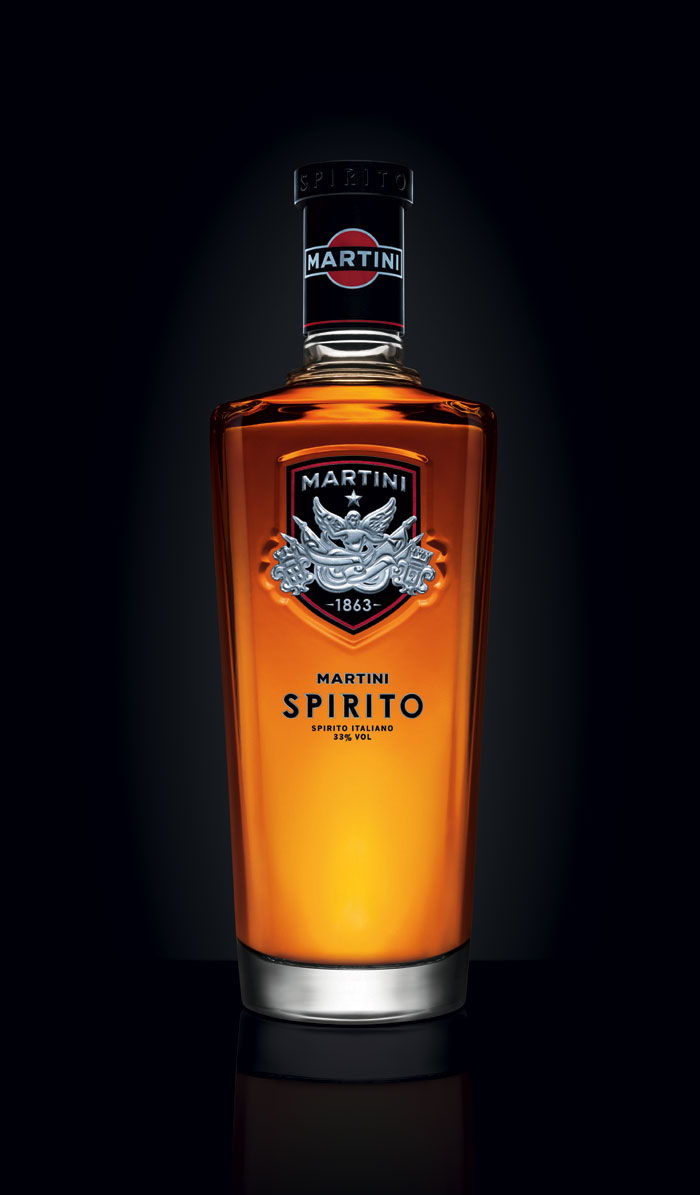 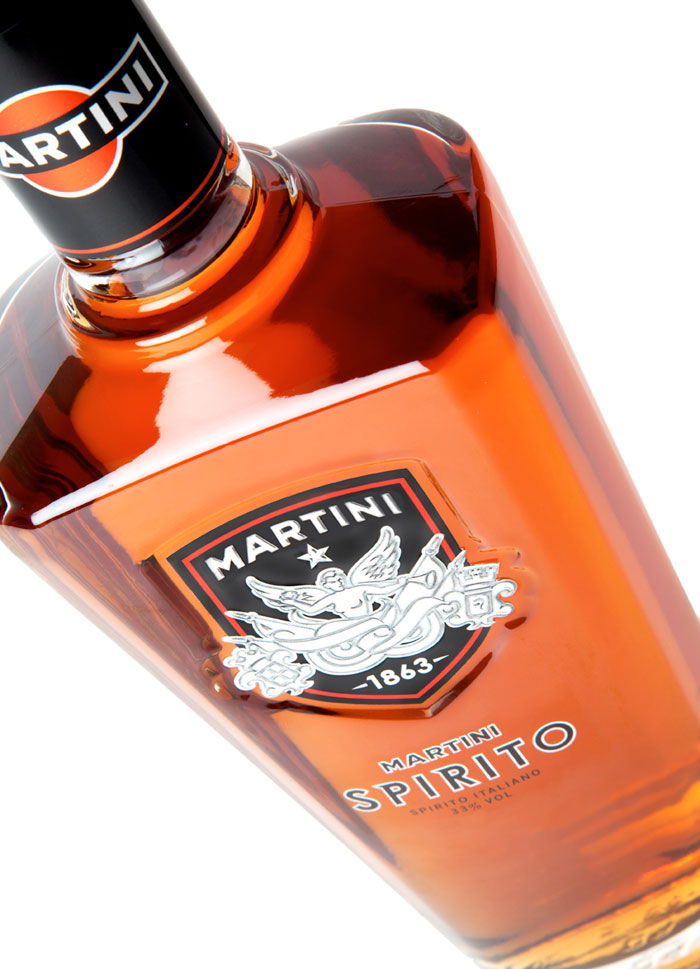 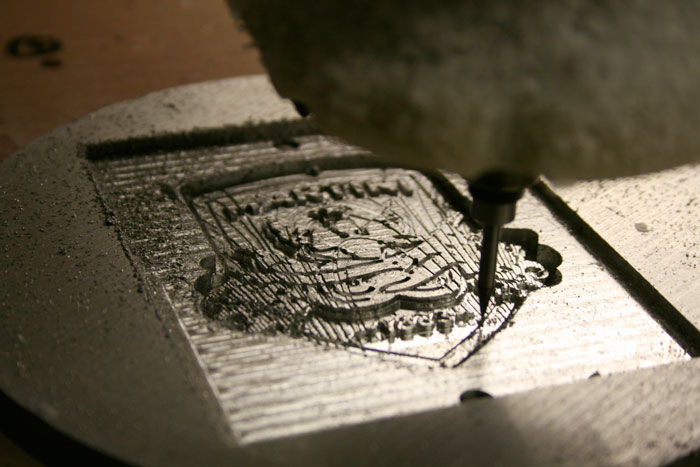