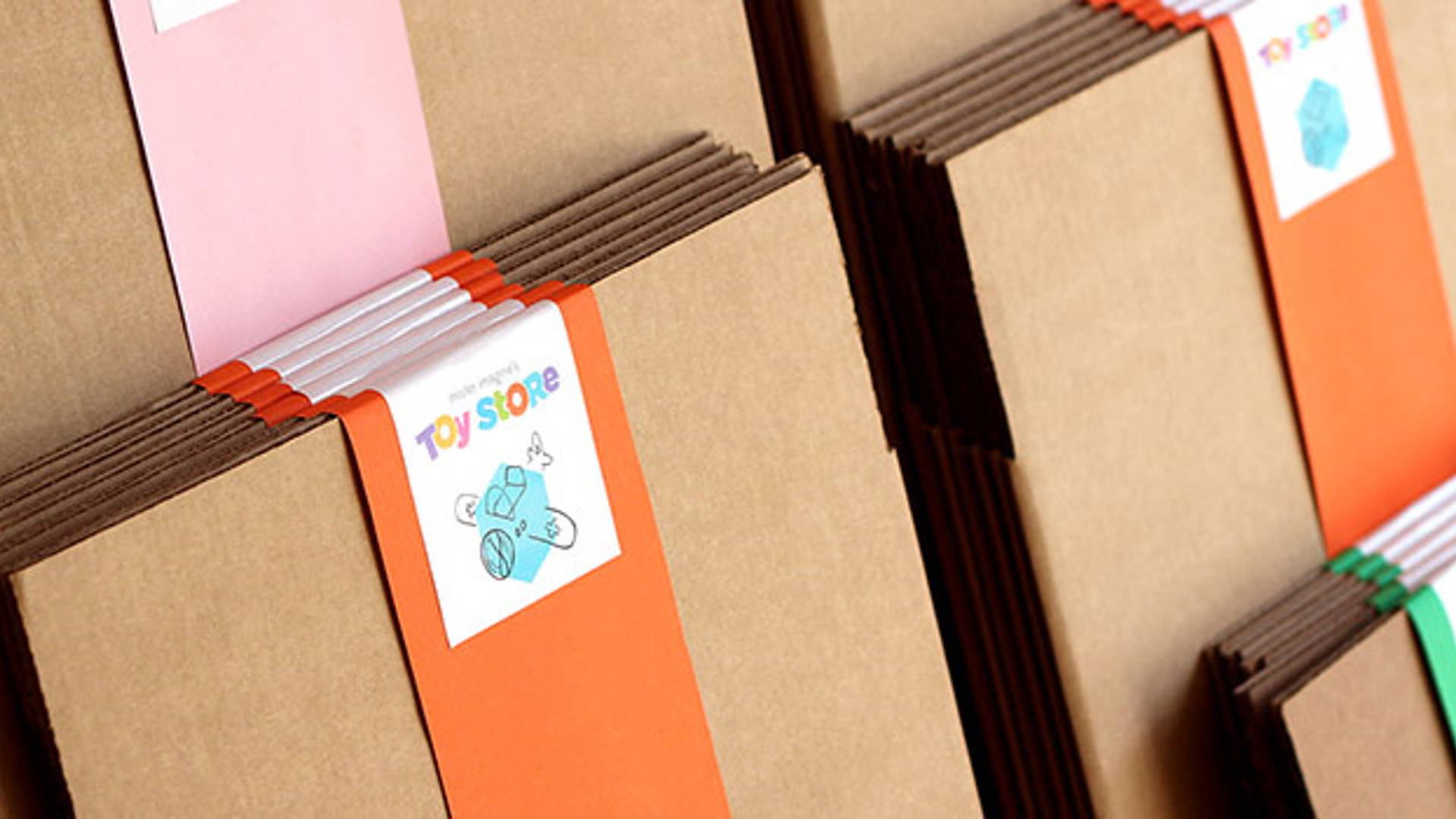 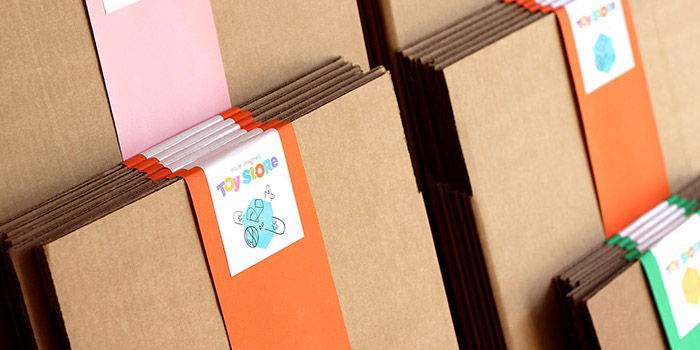 "Mister Imagine’s Toy Store was an idea conceived in an effort to raise awareness of Chicago Children’s Museum Unboxed: Adventures in Cardboard, an exhibit featuring nothing but - you guessed it! - cardboard. Instead of real toys, Mister Imagine’s was stocked with boxes. Which meant if kids wanted a robot or a dollhouse, they were going to need their imagination.

Since the cardboard boxes in Mister Imagine’s Toy Store were sold as “toys,” the packaging applied to them was inspired by design elements commonly found within the toy industry. Those elements include bright colors, playful illustration and approachable design."

"The logo was the main element of the packaging. It consisted of a one-colored hexagon and simple, hand-drawn doodles. The playful illustrations applied to the top of the hexagon suggest the limitless possibilities of a child’s imagination when given a cardboard box.

All total, there was over thirty iterations of the packaging - each a different color and featuring a different permutation of the Mister Imagine’s logo. The front of the packaging featured a custom stamp. The cost of each box, or “toy,” (which was really just a suggested donation for the museum) was handwritten within the stamp. On the back of the packaging, there was an AR code and copy encouraging kids to visit the augmented reality station within the store. When kids held their code up to the screen, an animation appeared where they saw their box morph into the toy identified within the logo.Ultimately, the packaging worked so well because it transformed plain cardboard boxes into products as enticing as toys. Additionally, on a higher level, the packaging mimicked the DIY ethos of Chicago Children’s Museum, while at the same time telling the story of Mister Imagine’s Toy Store. Within the store, kids transformed boxes into toys. On the packaging, the hexagon serves as the box and the illustrations, a child’s imagination." 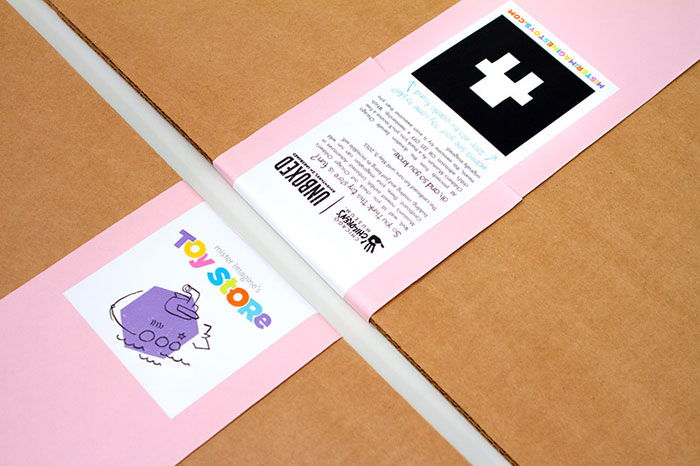 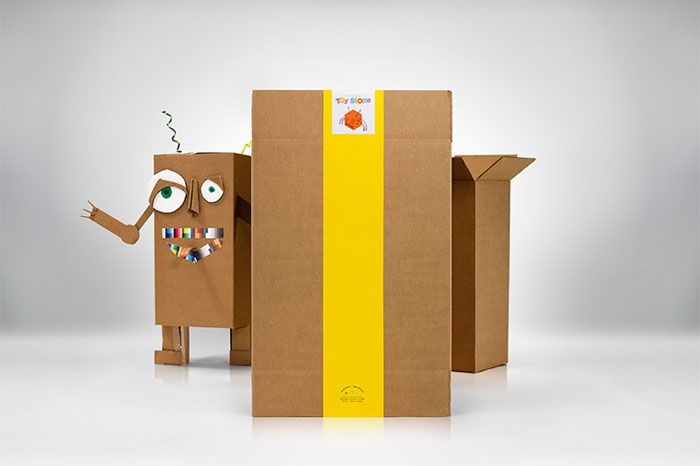 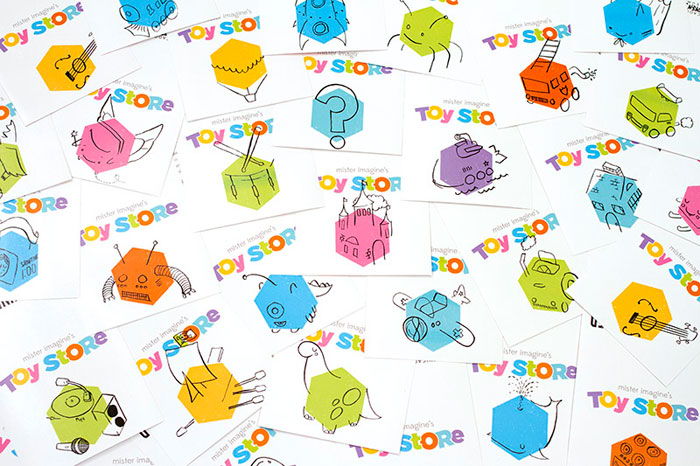 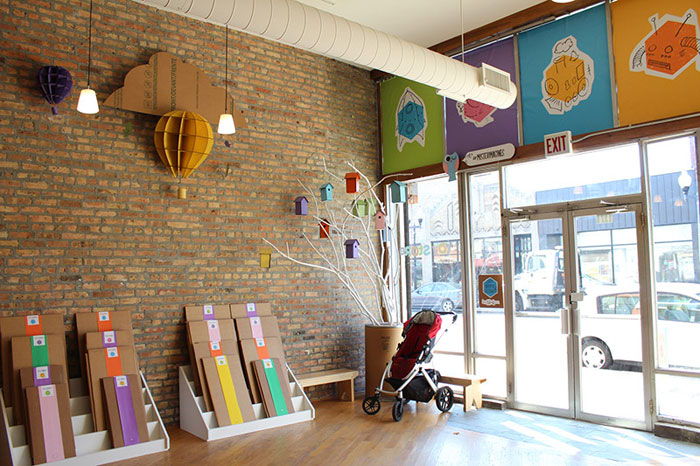 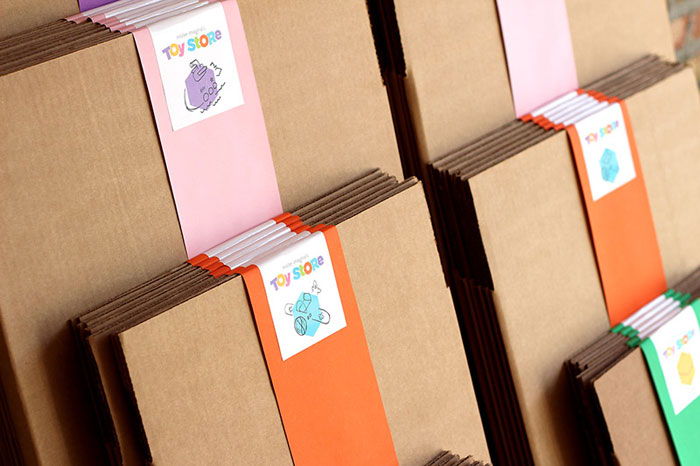 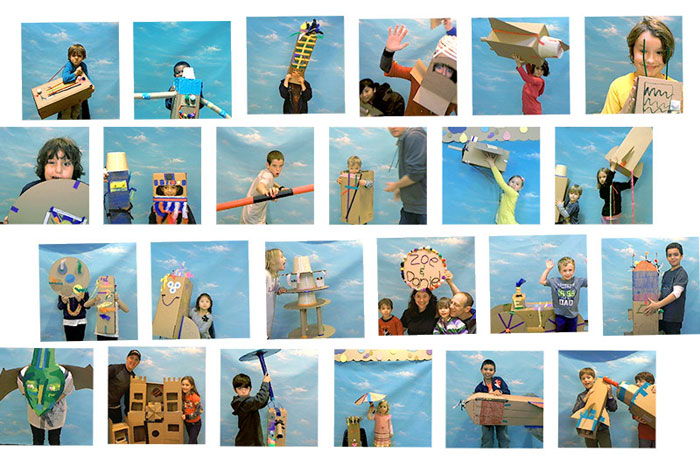 Behind the Design: Redesigning the Tazo Brand

@ The Dieline Conference: The Semiotics of Branding - Cheryl Swanson