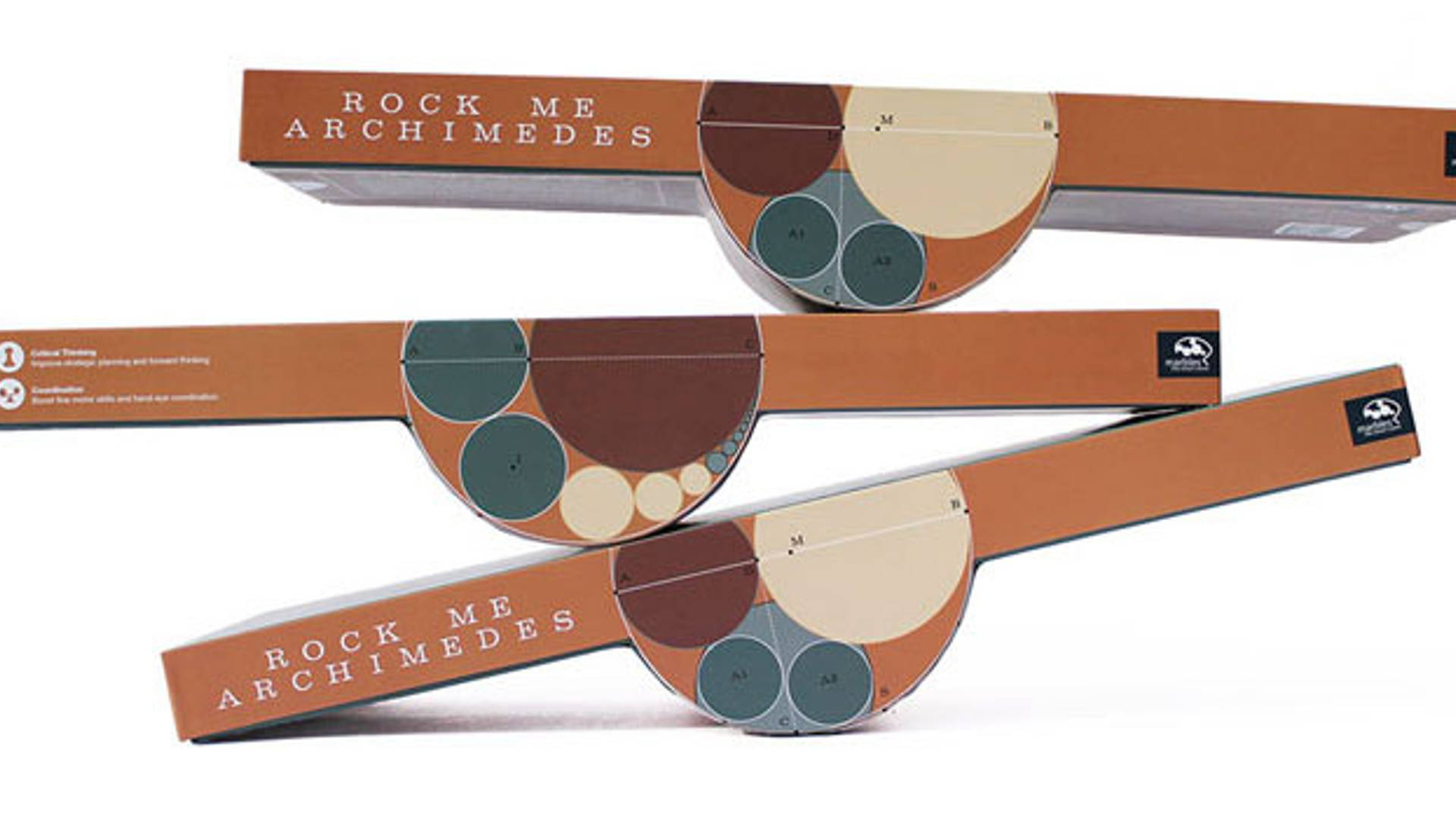 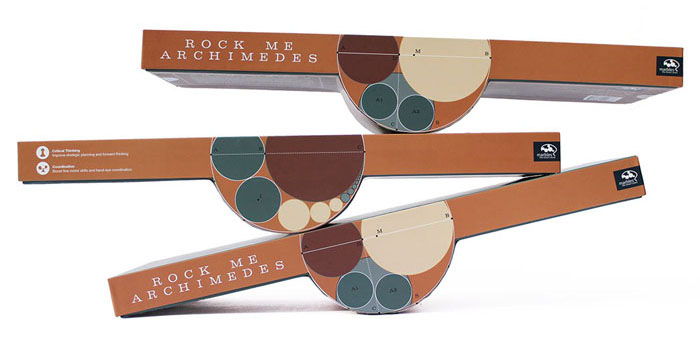 "In March 2012, the Marbles Game Design Contest was won by Matt Buchanan with his idea aptly named Rock Me Archimedes. By combining strategy, skill, and a little bit of luck, the game consists of a wooden board that rocks like a teeter-totter, a special die, and 28 marbles. To win, you need to be the first player to oh-so-carefully get four marbles to your end of the board without causing it to touch the table."

With such an awesome game concept, the Marbles: Brain Workshop could hardly resist making an awesome box to match!The final package design was inspired directly by gameplay itself. Just like the board inside, the box will playfully totter when placed on any flat surface. And to tie in Archimedes (the man who chose to die rather than have his circles disturbed), the patterns on the box are an artful display of five of his most famous mathematical circle proofs. Altogether, the box fits in perfectly with the Marbles: The Brain Store theme that games should be products that strengthen and stimulate your brain. (Plus, it looks super rad when concealed in festive wrapping paper!)"Designed By: Marbles the Brain Store 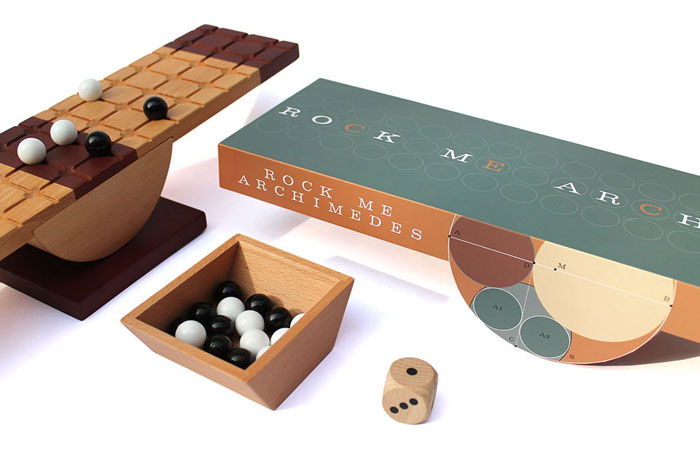 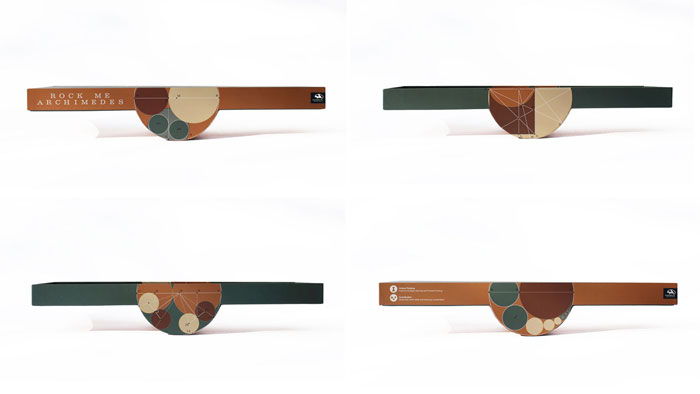 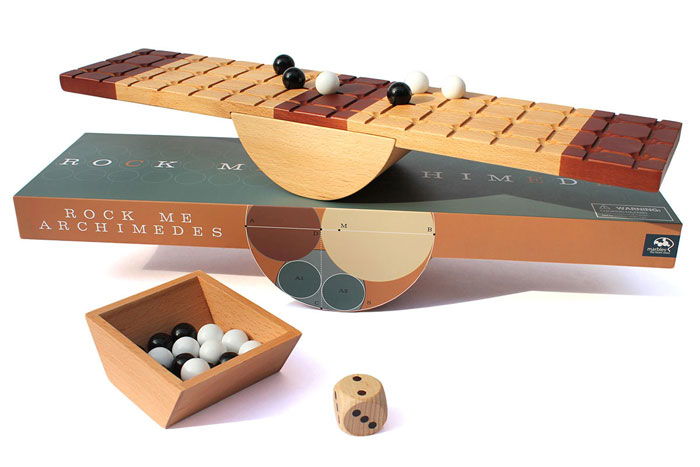 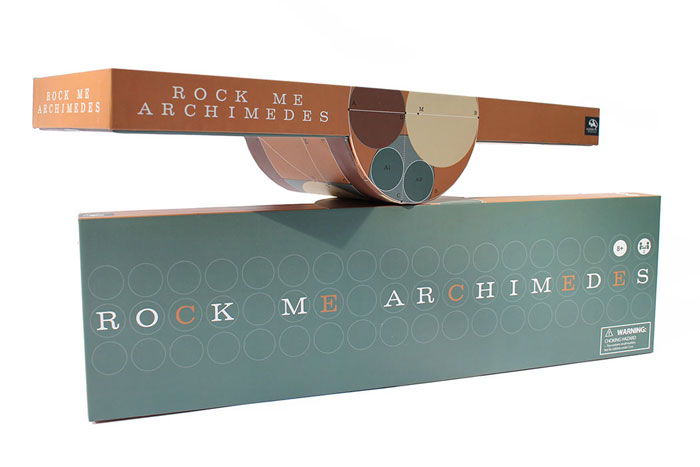 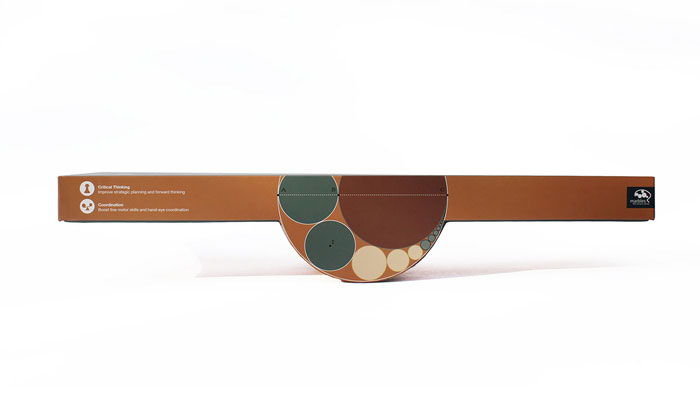 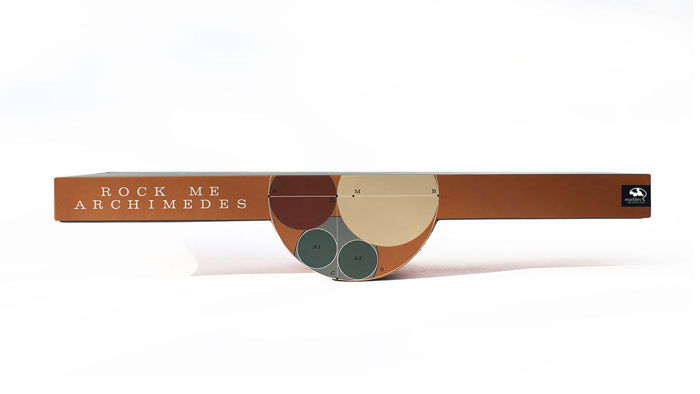 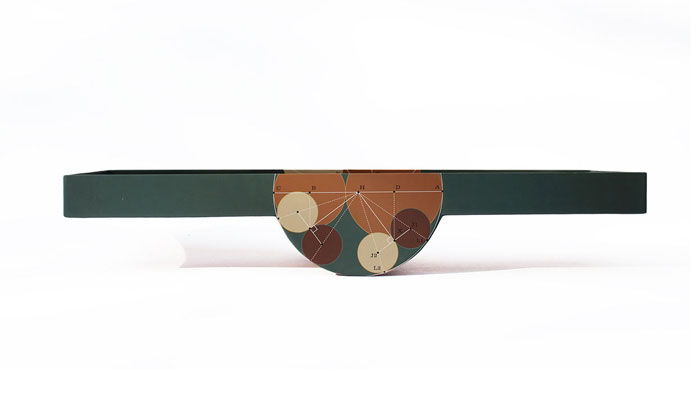 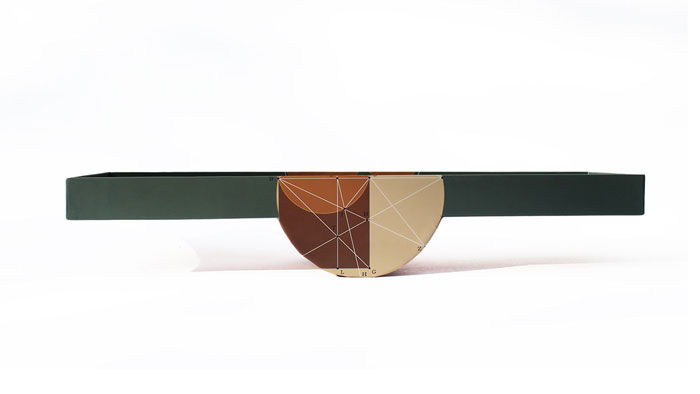