While cold brew coffee has recently become a popular drink order at coffee shop chains, the beverage has been brewed in Cuba for decades, specifically to help ward off the heat. Hess Brew is a new cold brew brand that recently updated its packaging thanks to help from Studio Metis. The typography and illustrations found on the packaging are as intricate as they are meaningful, and when paired with gold foiling, the sophistication levels go far beyond. Within the coffee bean illustration, you'll find smaller illustrations that relate to the brand as well as the cold brew itself. Overall, this is a brand with rich coffee and an even richer history. 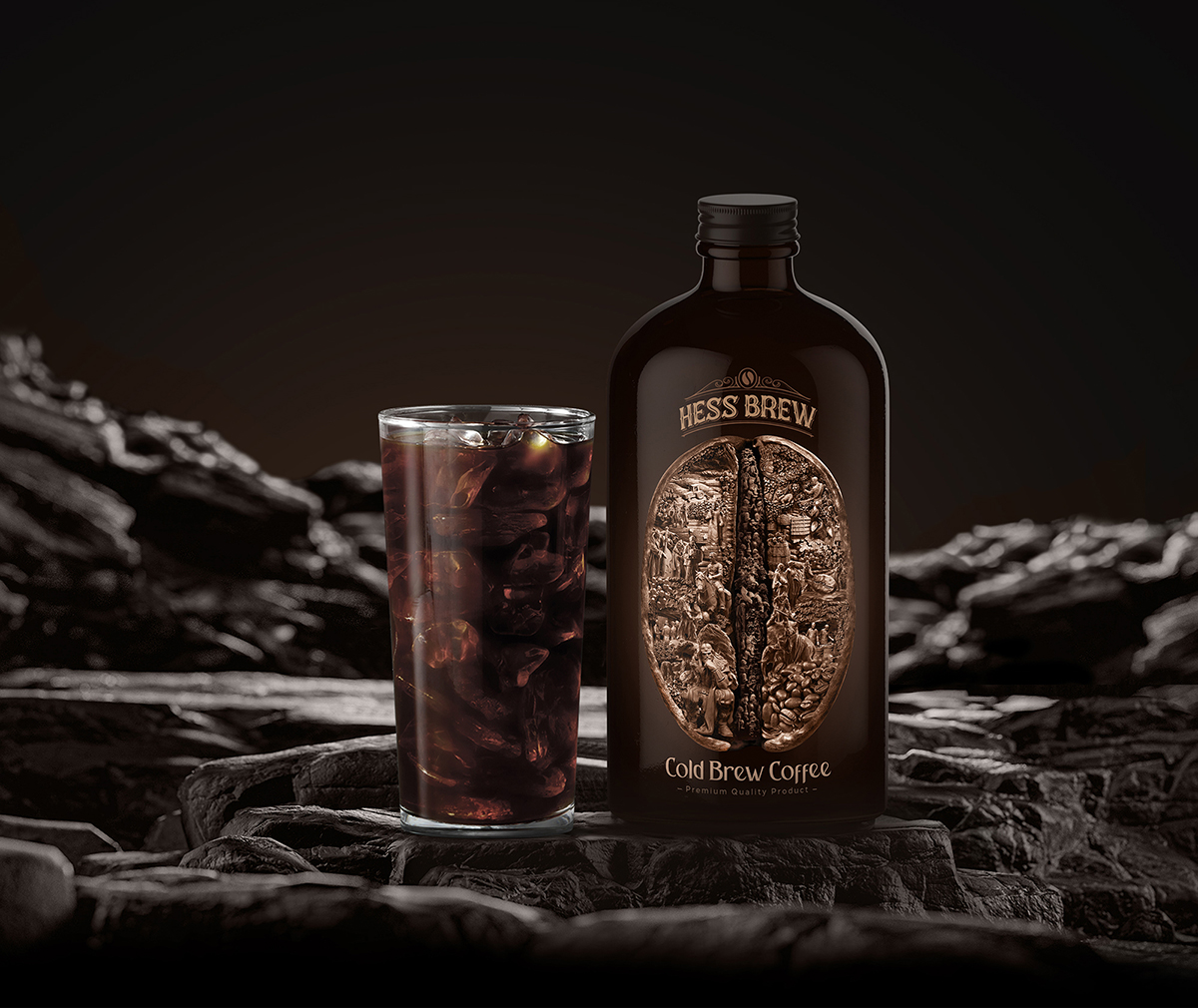 ?Cold coffee Brew is a unique cold beverage with a history dating back to Cuba. Cubans grind coffee beans. Then pour it into a container and pour cold water on it. This drink was drunk by the Cuban people to get rid of the heat. But this product has a special charm that has quickly found a large audience around the world.

Hess Brew is a new and emerging brand that has been working on a new product of Cold coffee Brew for some time, which has attracted a lot of attention. The professional team of Hess Brew has decided to update its packaging after starting its activity for several years.

All stages of production and packaging of this product are modern. So, the Metis team is facing a completely professional brand so that it can have a special place among the many competitors of this product. Ideation: Suggestions were made between the Metis Studio team and Hesam's team, so that after 2 months of consecutive meetings, we were able to implement the final idea in the best way by combining several ideas in the form of a plan.

Our main idea was to combine elements that were summarized in the brand, for example, the creation of coffee, coffee gardens and symbols of the city that makes the brand (horse, elephant, music, etc.) to create an attractive image in the showcase.

Our goal was to focus on the packaging for a few minutes, and I am sure that we were able to make sure that anyone who came to the store to buy will look at this product for a few minutes. Yeah Al that sounds pretty crap to me, implementing the project was not an easy task and we had many challenges in our path, but the design team of Metis turned these challenges into charms.

First, the main idea was put on paper, and after finalizing the outline with the employer, the construction of the three-dimensional safe began, which was the most interesting part for the Metis team. After finishing the 3D design in the software, we fixed the color and light in the best way with the type of packaging.

The important point in the design process was to choose the right bottles, but I can point out that we chose the best bottles in the competitive market to have a special place in the product showcase.