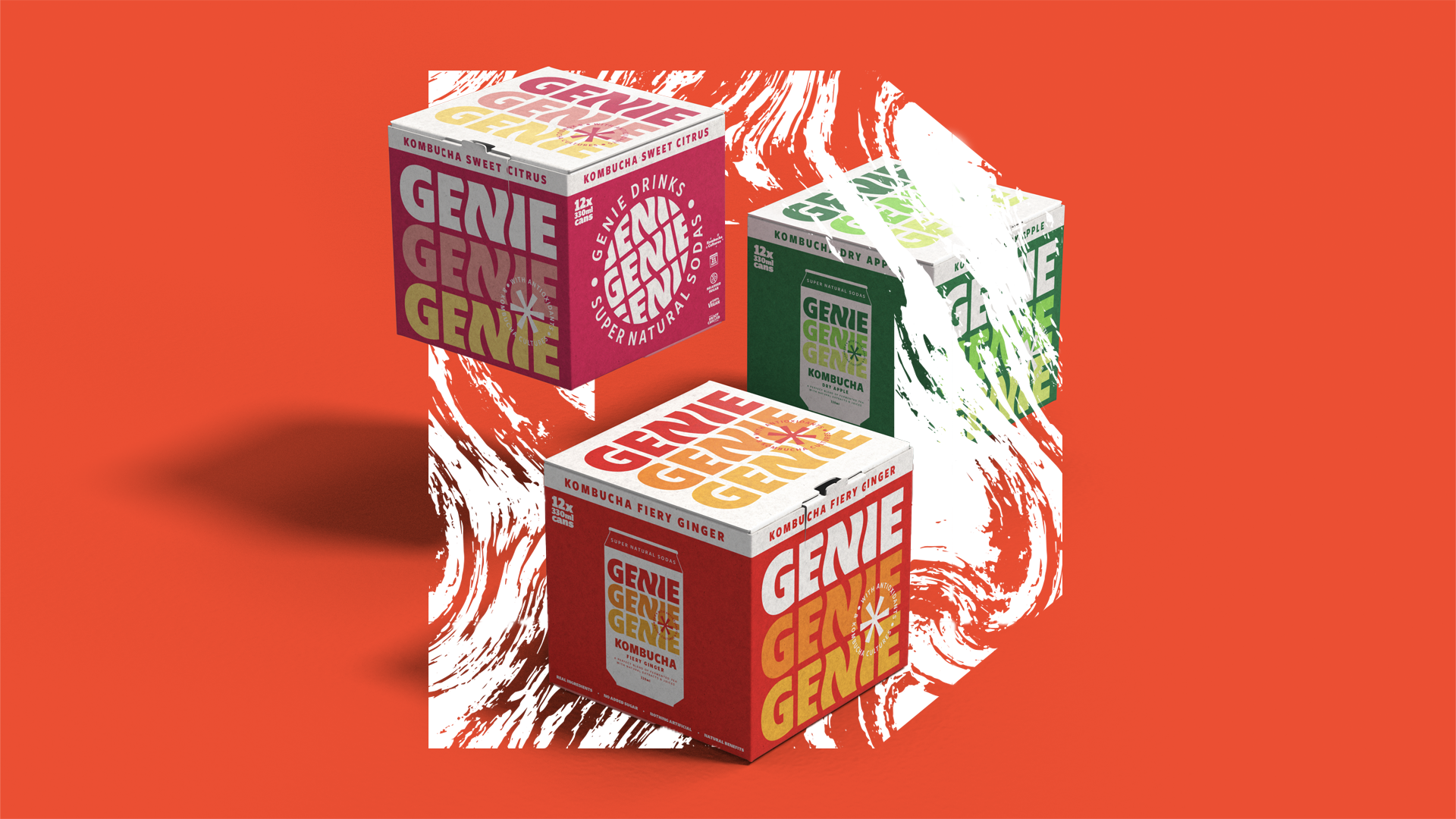 The Best Redesigns of Summer 2021

Summers usually come filled with long, warm days that invite everyone outside to frolic outdoors. The season also gives us a chance to sip on our favorite ice-cold beverages and cocktails and reach for frozen indulgences like ice cream to cool off from the heat.

This summer, we also saw some brand refreshes as cool and exciting as the ice truck making a sudden appearance. Some brands, such as Häagen-Dazs, Campbell’s, Snow Beer, and Absolut, unveiled their first major refresh in many years. Genie Drinks used a rebrand to reposition and adjust to changes in the market, while Angus Hyland and Pentagram created a beautiful refresh for DaZaan, tapping into the cocoa brand’s Dutch heritage and modernizing the packaging with instantly recognizable branding. Finally, Oikos ingredients-forward refresh of its blended Greek yogurt line brought it in line with the rest of the brand’s offerings while featuring fantastic photography against a backdrop of creamy, protein-packed yogurt.

For over six decades, premium ice cream brand Häagen-Dazs has exemplified attainable luxury and premium indulgence. While creamy ice cream filled with quality ingredients is still a sumptuous dessert, Häagen-Dazs felt it was time for the packaging and branding to better reflect the brand’s qualities.

Häagen-Dazs enlisted Chase Design Group to help them with a contemporary interpretation of the brand’s character. Core brand elements, such as white, gold, and burgundy—colors long associated with luxury—are retained, as is the cartouche frame. Ingredients get presented using superb photography that highlights quality and taste.

One of the most iconic pieces of 20th-century art, Andy Warhol was inspired to paint rows of nearly identical soup cans by the nearly identical lunch he had every day. Campbell’s is tapping into the legacy of Warhol’s painting to celebrate the first major refresh in five decades from Turner Duckworth.

The changes to the Campbell’s soup cans are subtle, retaining the red and white backdrop with a change to the logo script inspired by Joseph Campbell’s signature. Shadows are dropped, lending crispness to the label. Hidden details like the Campbell’s “C” found within the fleur-de-lis graphics and the slanted “O” in soup is a nod to the original 1898 red label.

Snow is one of the most consumed beers in the world, despite being relatively unknown outside of its home market of China. To defend its market position and introduce the brand to a Generation Z, Snow brought in the talented folks at Pearfisher to give Snow’s "Brave The World" beer contemporary and youthful appeal.

Textures like a ragged, torn edge get added for more depth and a sense of adventure and action. The wordmark gets redesigned, and superfluous English words are removed, resulting in a stronger logo that gets even more additional texture with a brushstroke effect.

To highlight its vodka’s purity and clean taste, Swedish brand Absolut long used minimally designed bottles. They used those bottles as a blank canvas for its hugely successful ad campaign. But now, the brand wanted Absolut’s packaging to speak to the vodka’s provenance and legacy.

Led by studio Brand Union Stockholm with assistance from agency Destrito and glassmaker Ardagh, Absolut retained the apothecary-inspired shape while adding new features like “MADE IN SWEDEN” embossed in the bottle. To protect the embossing as bottles travel down manufacturing lines, they incorporated a subtle curve around the text. Absolut also added a paper label, a first, and refined the typography for better legibility.

Genie Drinks Gets the Full Rebrand Courtesy of Bulletproof

Genie Drinks makes flavored kombucha that is not only refreshing but also full of probiotics and antioxidants. But with consumers ditching beverages like sugary soda, they’re turning towards healthier alternatives that still satisfy. To better communicate its ability to replace traditional sodas, Genie worked with Bulletproof to refresh the brand.

Bulletproof started with a new logo inspired by the “rule of three,” e.g., the number of wishes a genie grants. The wordmark is given a seductive wavy shape, like a sassy specter emerging from an oil lamp or bubbles racing to the top of a freshly-opened bottle.

Inspired by famous Dutch paintings featuring boats, each bag of DeZaan uses different colors to indicate the best uses for the particular cocoa. Every bag gets topped with a bright blue for artful contrast, and elements like a new wordmark and windmill seal of quality highlight DeZaan’s Dutch heritage and authenticity.

The result is a readily distinct design for each of the different cocoa powders and a more modern wordmark and symbol. In addition, the front of the packaging features quirky illustrations paired with a striking blue top. Through the design, it's clear that this is a premium product with a well-respected history.

Feast Your Eyes: Oikos is Energizing the Greek Yogurt Category with their Redesigned Blended Packs

Seeing greek yogurts popularity threatened by plant-based competitors, Danone-owned Oikos looked to steal some of the newcomers’ thunder through a bold refresh, courtesy of agency Beardwood&Co.

"The redesigned packs not only highlight the incredible ingredients, but they’re also sure to make you hungry. They feature vibrant, mouthwatering fruits (or, in the case of vanilla, a vanilla orchid) at the forefront, while the background is a dreamy swirl of yogurt. The look is uncluttered and stripped back so that the flavor is at the heart of it all."