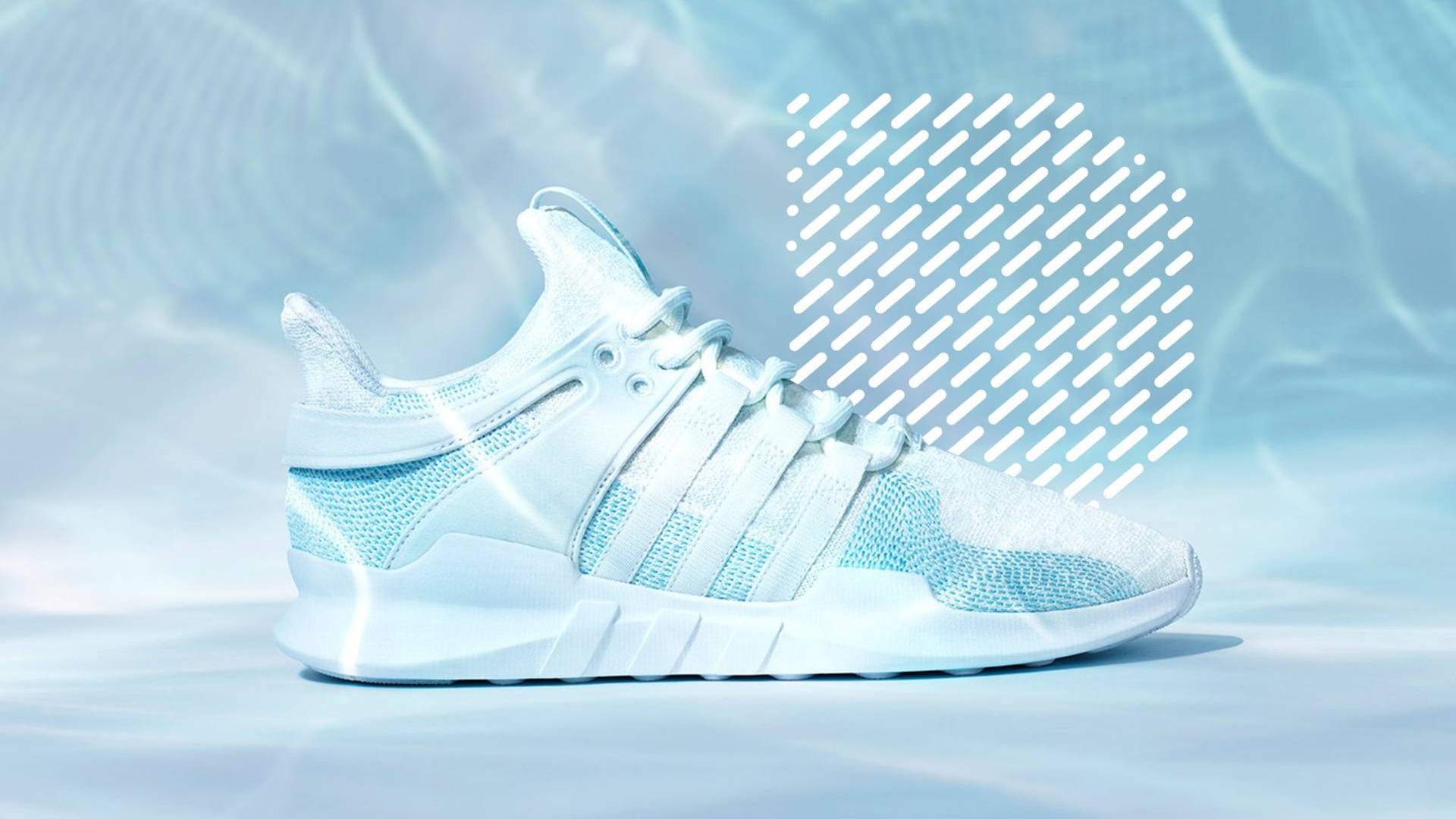 6 Companies That Are Using Ocean Plastic To Make Clothing

Outdoor clothing company Patagonia began using recycled plastic to produce polyester for their fleece back in 1993 to decrease their dependence on petroleum. By using plastic soda bottles for their gear, they became the first outdoor clothing manufacturer to do so.

They're not the last either.

As plastic pollution rapidly escalates, this trend is becoming more commonplace as clothing brands attempt to incorporate trash into their wares. Some companies are even taking it a step further by salvaging plastic waste straight from the ocean, and for a good reason.

By 2050, there will be more plastic in the ocean than fish. It only makes sense to find a way to repurpose plastic bottles, as well as fishing nets and other smaller particles into a fabric.

And why wouldn't they? Clothing, particularly fast-fashion, already takes a tremendous toll on the environment. According to Global Citizen, “eighty billion pieces of new clothing are consumed around the world each year, with 14 million tons in the US alone being thrown out annually. That’s approximately 80 pounds per person. Eighty-four percent of this clothing ends up in landfills or incinerators, where it breaks down, emits greenhouse gases, and releases chemicals into the ground and atmosphere." It's commendable that more clothing brands are taking the initiative to lessen the impact they have on the environment by producing ethical and eco-friendly fashion.

Here are six Earth-loving brands that are repurposing plastic into clothing to reduce the sheer volume of plastic in our waterways and oceans. 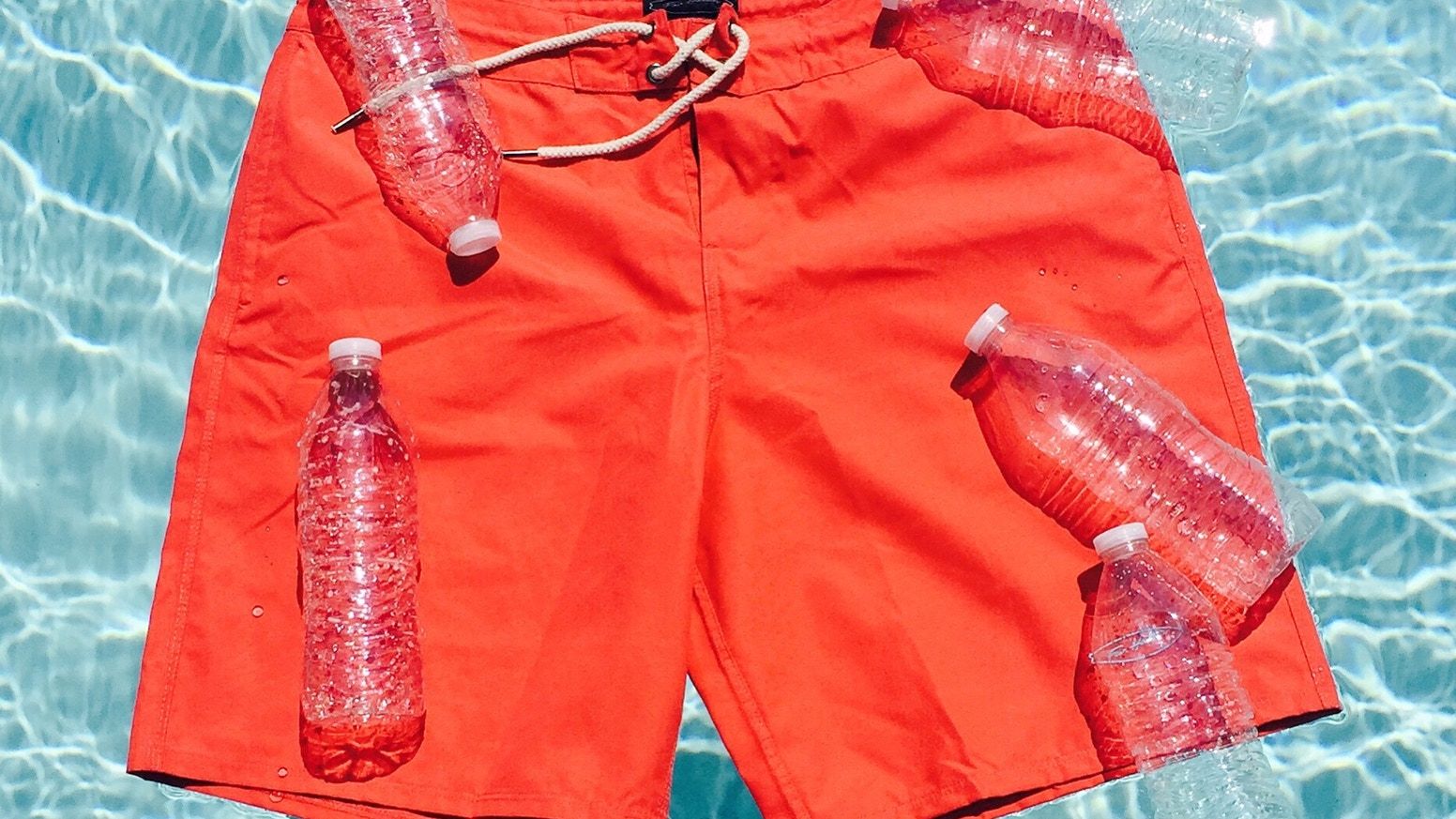 New York-based Fair Harbor prides themselves on producing their original boardshorts using just 11 plastic bottles. The process begins by collecting clear bottles (the easiest to dye) from the ocean which get shipped to China where they undergo an intense cleaning. From there, it's melted down and made into filaments which get transformed into polyester, resulting in an eco-friendly pair of boardshorts that helped clean the ocean you're swimming in. 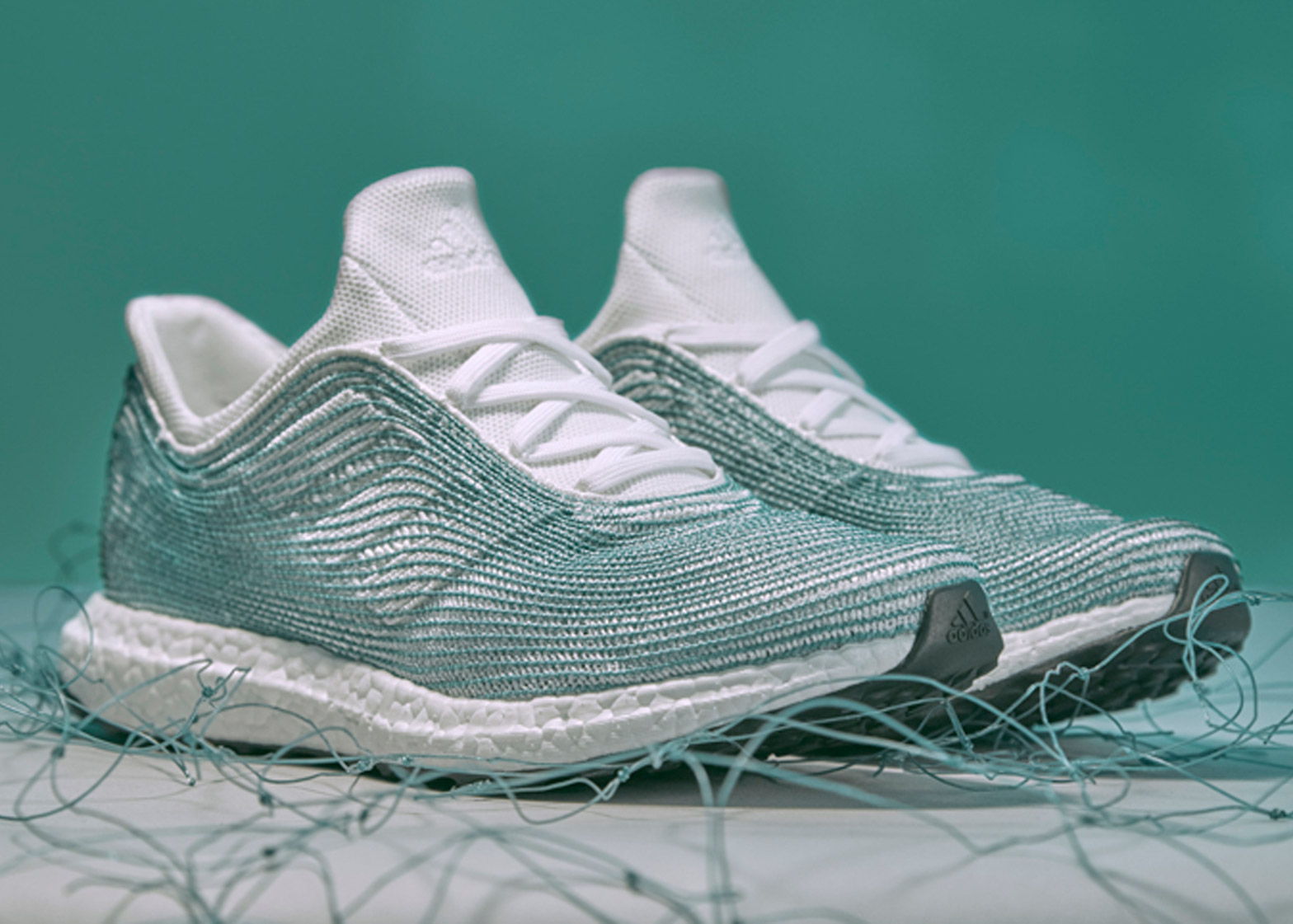 Parley For The Oceans x Adidas

Over the last few years, non-profit organization Parley For The Oceans has teamed up with Adidas to produce high-performance sneakers and athletic gear made out of retrieved ocean plastics like fishing nets and plastic bottles. The approach based on Parley's A.I.R Method involves avoiding virgin plastic, intercepting plastic waste before it ends up in the ocean or landfills and redesigning it into a sexy new, eco-friendly product.

As a result, each of the sneakers features an upper (the top part of the shoe that covers the toes and foot) made out of yarn and filaments of the reclaimed plastics, while the athletic wear is woven in, and dyed into various colors. If that's not enough, there's also a scannable chip at the heel of each shoe unveiling the process it endured from start to finish. 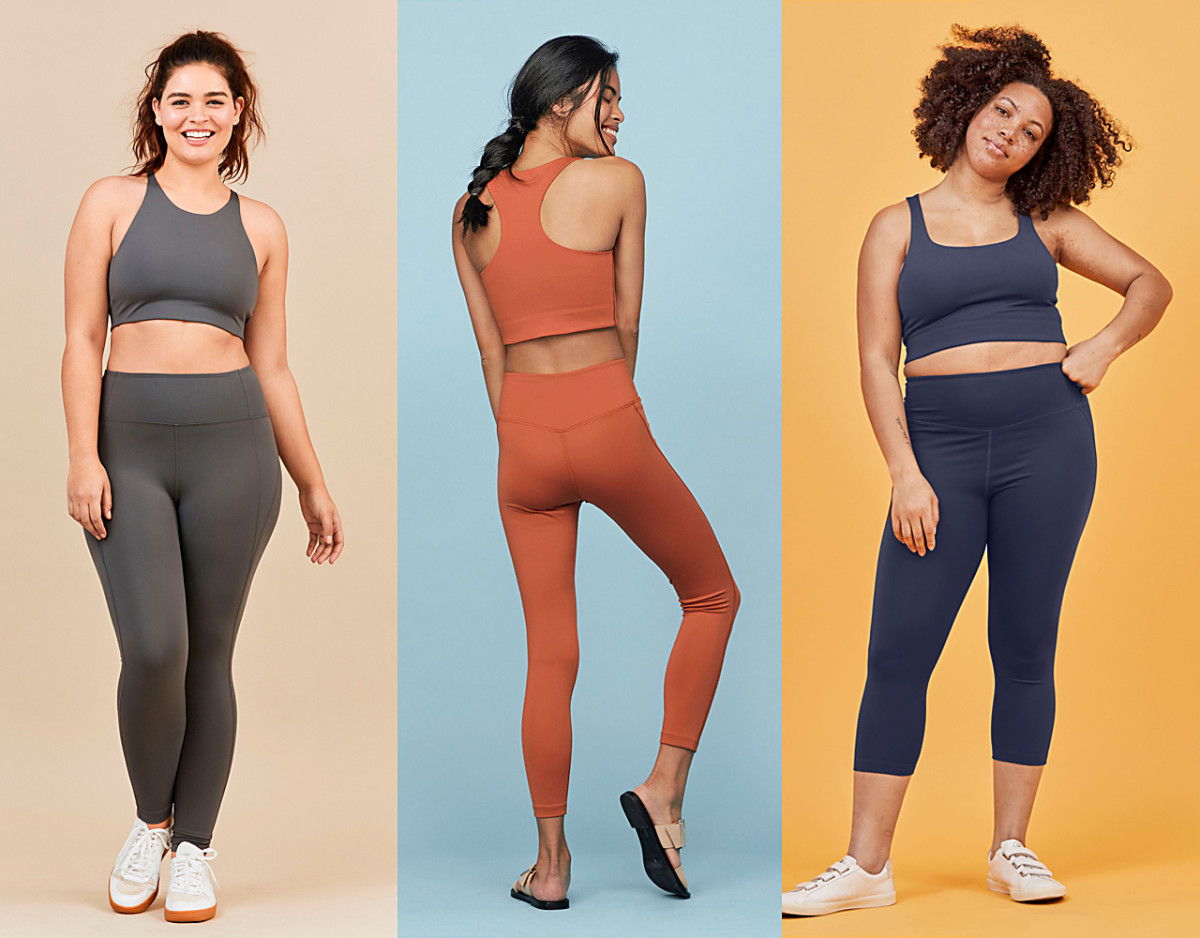 Girlfriend Collective is an athleisure brand known for their colorful, comfy leggings made from 25 recycled bottles. The process starts with all of the consumer waste or plastic being sorted at the plant, chemically cleaned, shredded into tiny bits, and then shipped to a manufacturing facility where it's turned into fabric.

According to their website, "as soon as our spinning mill takes the delivery of our raw PET chips from the recycling center, the bag of chips go through another wash and are dried. Once they dry, the chips get sent to a storage silo and are sent to a machine where the chips get heated up and extruded into long, thick spaghetti-like strands.” Afterward, they are chipped down into little pellets and reheated one last time, where the plastic is eventually cut into super fine strands and spun into spools where they get shipped off for knitting.

Girlfriend Collective has also launched the LITE Collection, a line that utilizes recycled fishing nets. The only real difference is that they're thin and light, perfect for your sweat, spin or hot yoga classes!

Or just, you know, schlepping to the corner store for some ice cream. 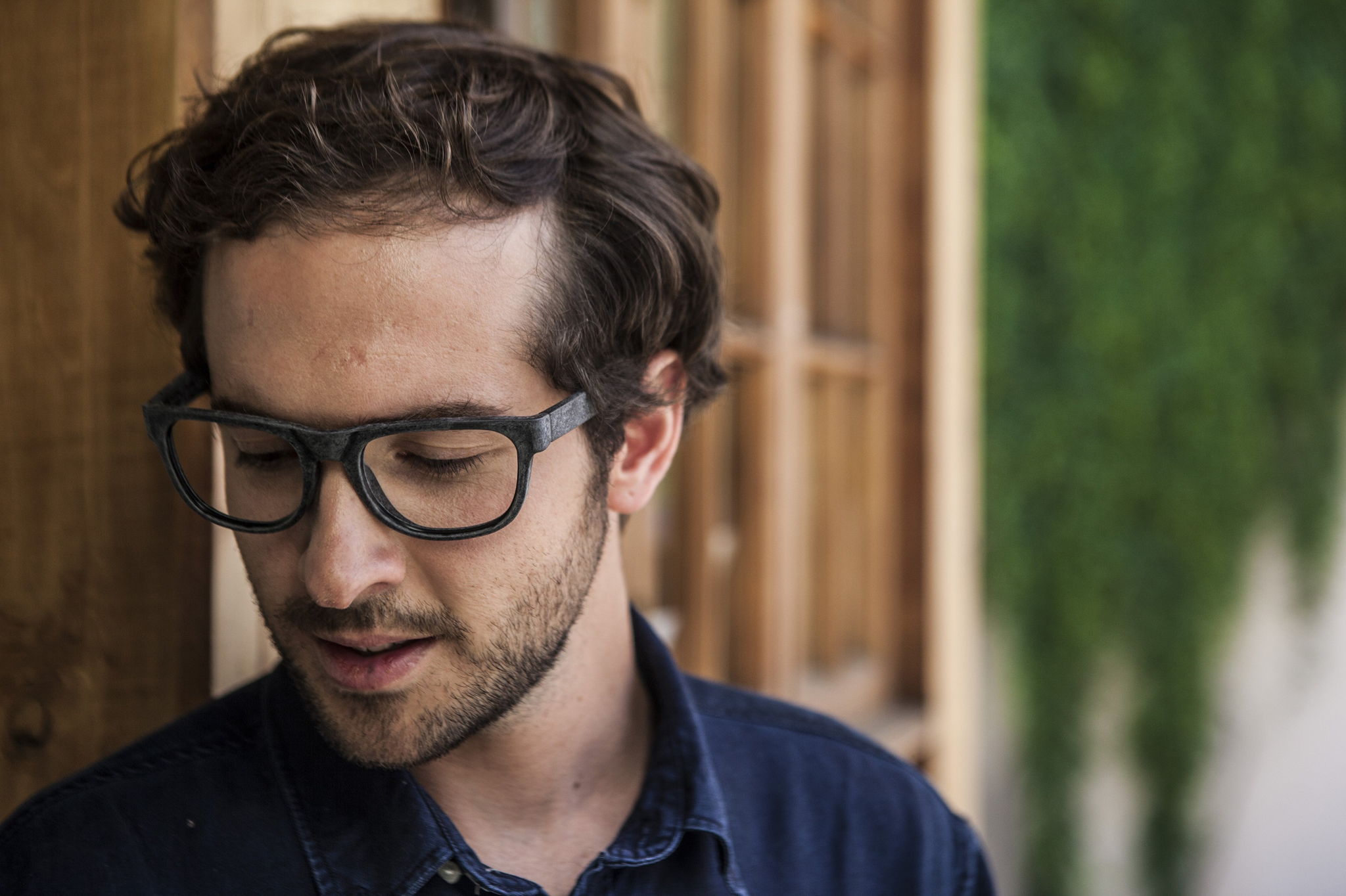 KARUN believes "nature is the greatest teacher and inventor" and as such, has found a way to create a positive impact on the planet by making their 7 Seas Sunglasses out of reclaimed fishing nets from the ocean. When they're not making shades that would put Warby Parker to shame, they're caring for the land by using wood from fallen Chilean oak trees to produce their stunning Wood Collection or working with leather waste and cotton from Patagonia to create the straps for their glasses. 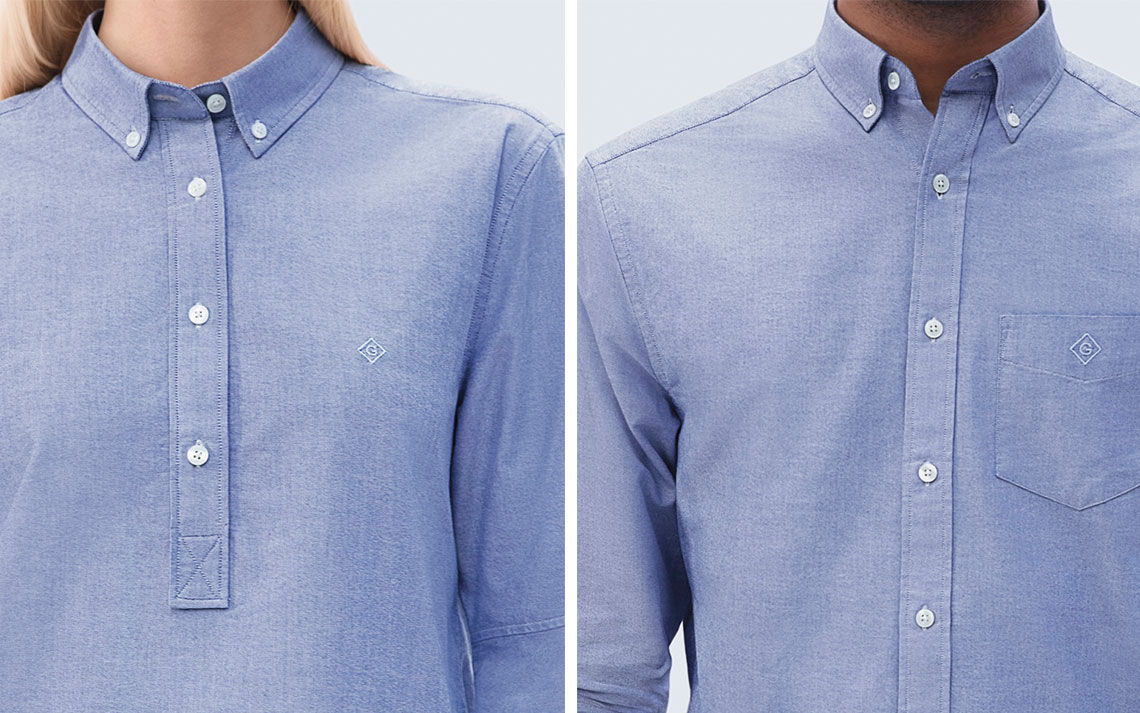 The UK’s GANT is trying to tackle ocean pollution with the launch of their own Beacons Project where they have teamed up with Mediterranean fisherman in hopes of removing plastic waste from the ocean. It’s the perfect incentive for the fisherman as they’re already catching the stuff as is—so instead of tossing it back into the deep, the plastic upcycled to produce yarn that's eventually woven into their button-down shirts.

They’ve also managed to make their sustainably made button-downs feel incredibly soft, a difficult feat considering some of these fabrics have a synthetic texture similar to athletic gear. 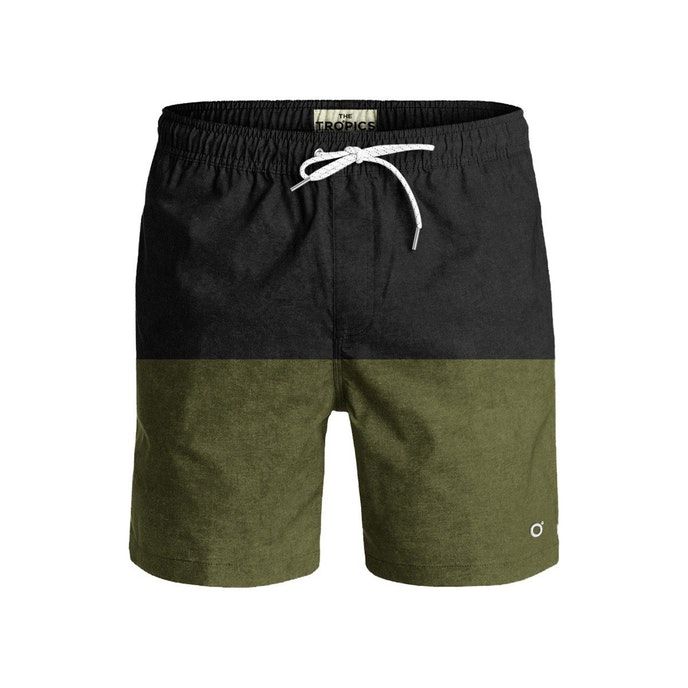 The Miami-based Tropics  started as an idea during a stay at an eco-friendly resort in Tulum. Enamored by the lack of waste, the founders dove into months of research and experimentation to develop a line of swim trunks sourced from recycled materials. While the manufacturing process is similar to most, the collection isn't. The Tropics host a monthly beach clean-up with a slew of volunteers to not only clean the shorelines but to repurpose the collected waste into stylish boardshorts.

Note:  The way polyester microfibers shed in the washer and ultimately find their way into the ocean due to a lack of screening devices is currently raising questions as to whether or not creating clothing out of recycled plastic waste is helping the environment or harming it.

THINX Once Again Changes The Way We Do Periods With re.t.a