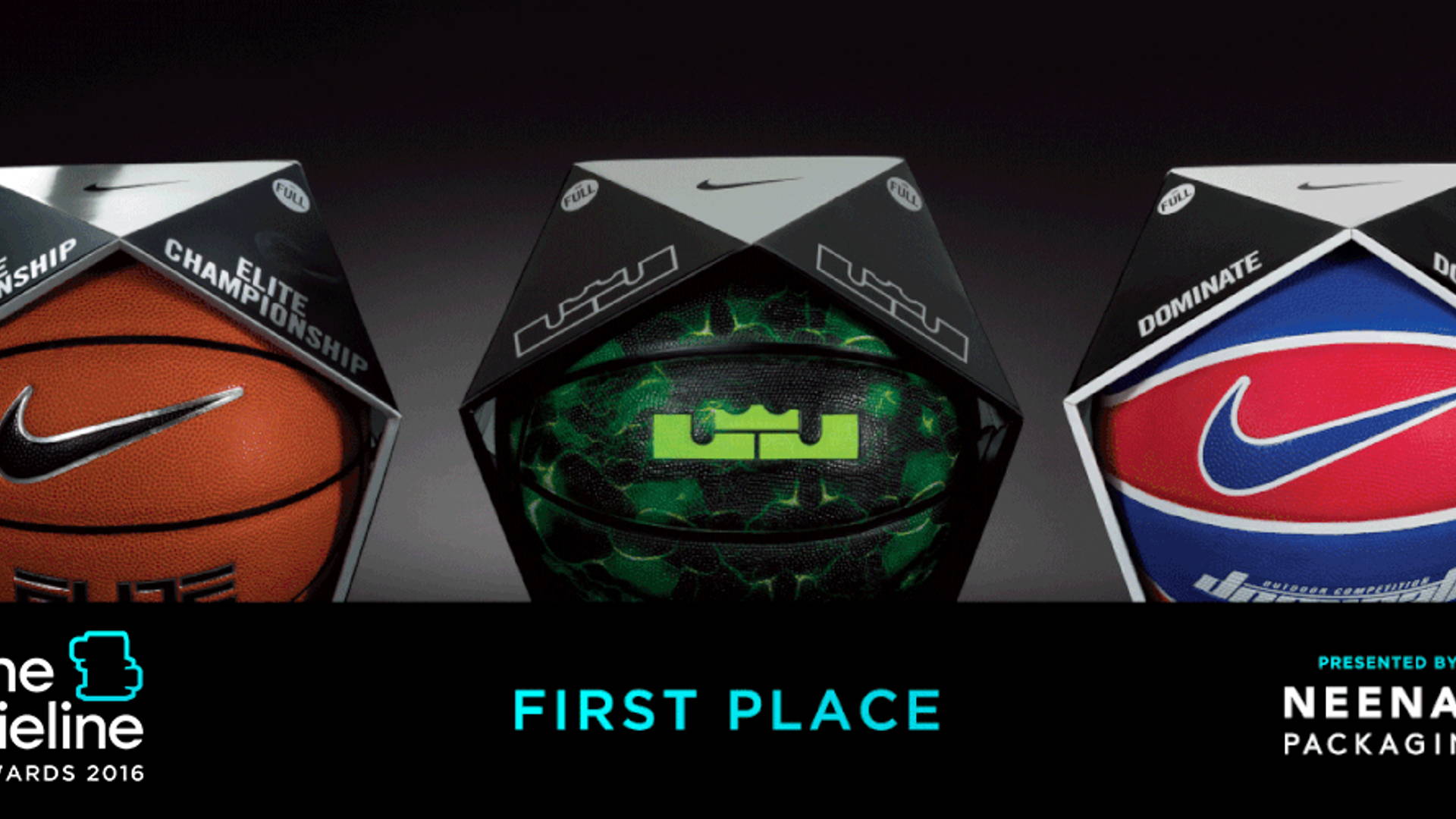 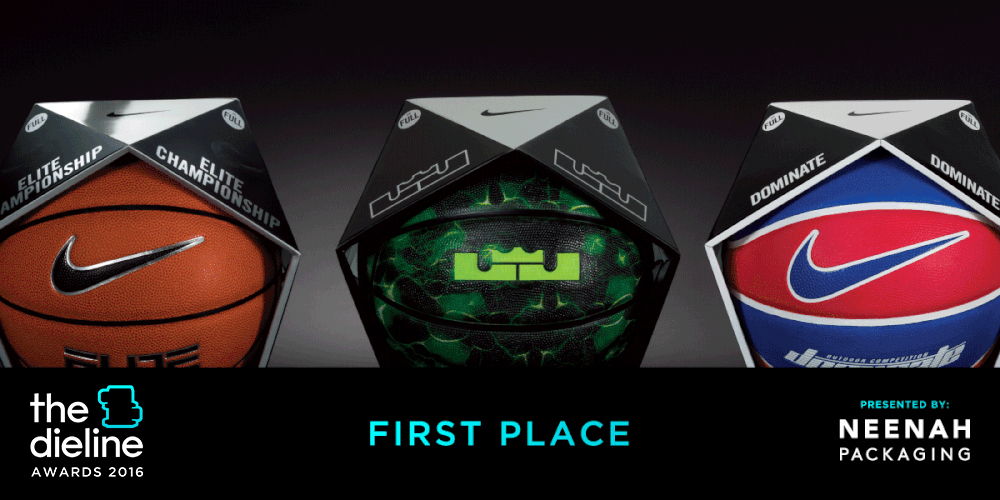 In 2015, among all firms invited by NIKE Equipment to pitch and compete, OIA Global in Portland, Oregon, was awarded the challenge to develop and execute the proposed ball packaging concept as well as its supply chain to revamp the existing inflatables packaging program launched since 2007. 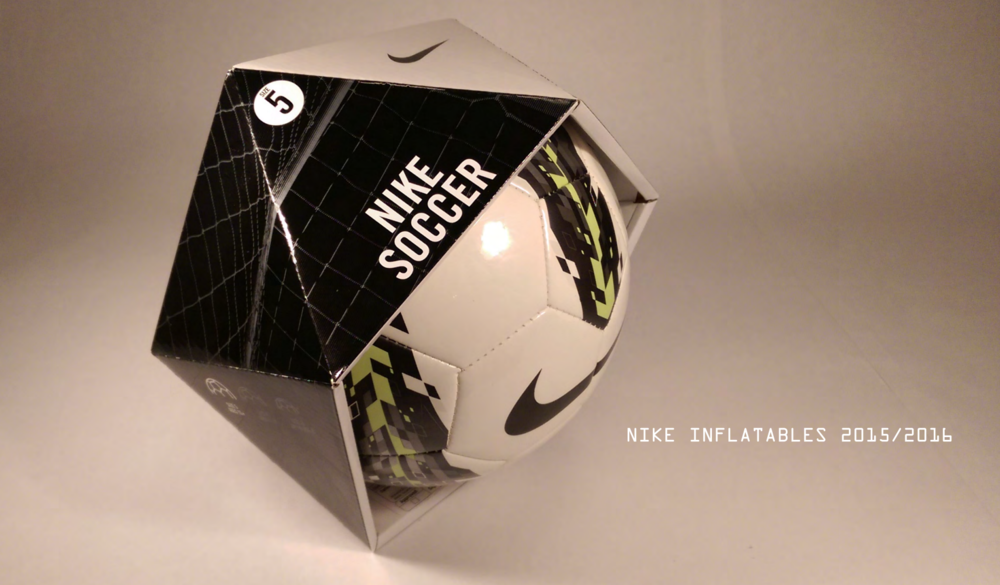 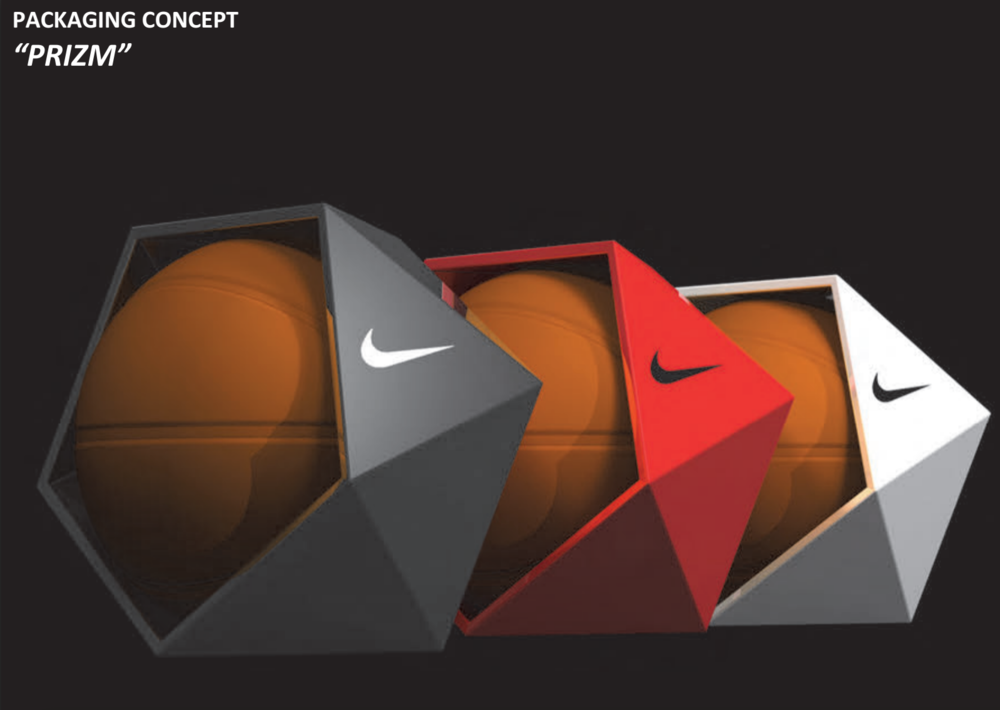 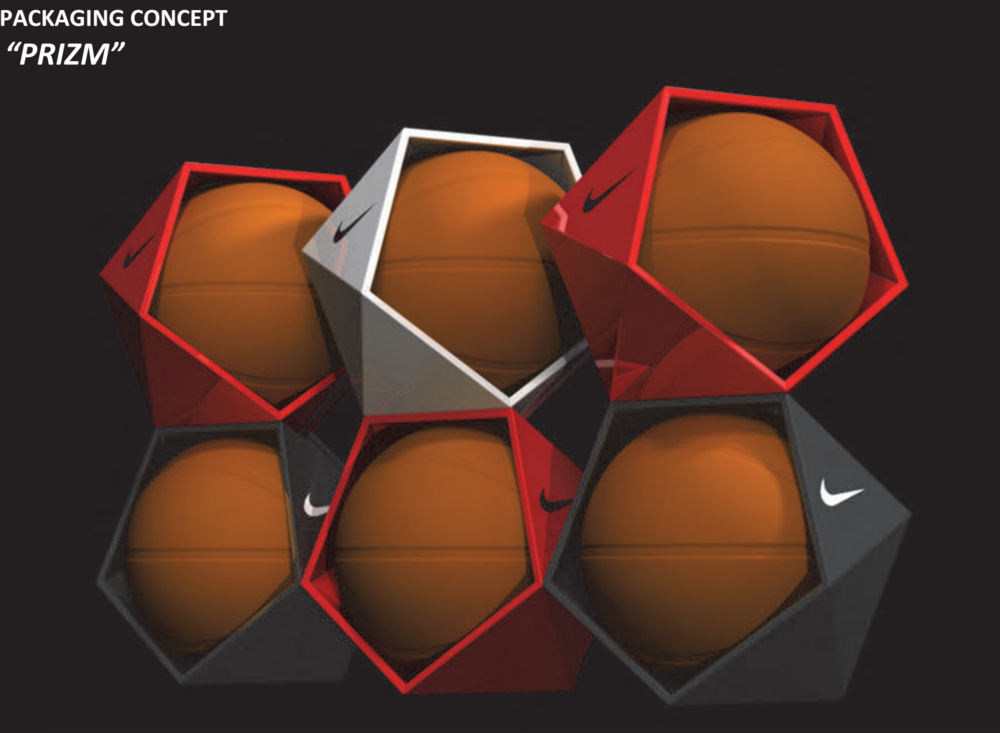 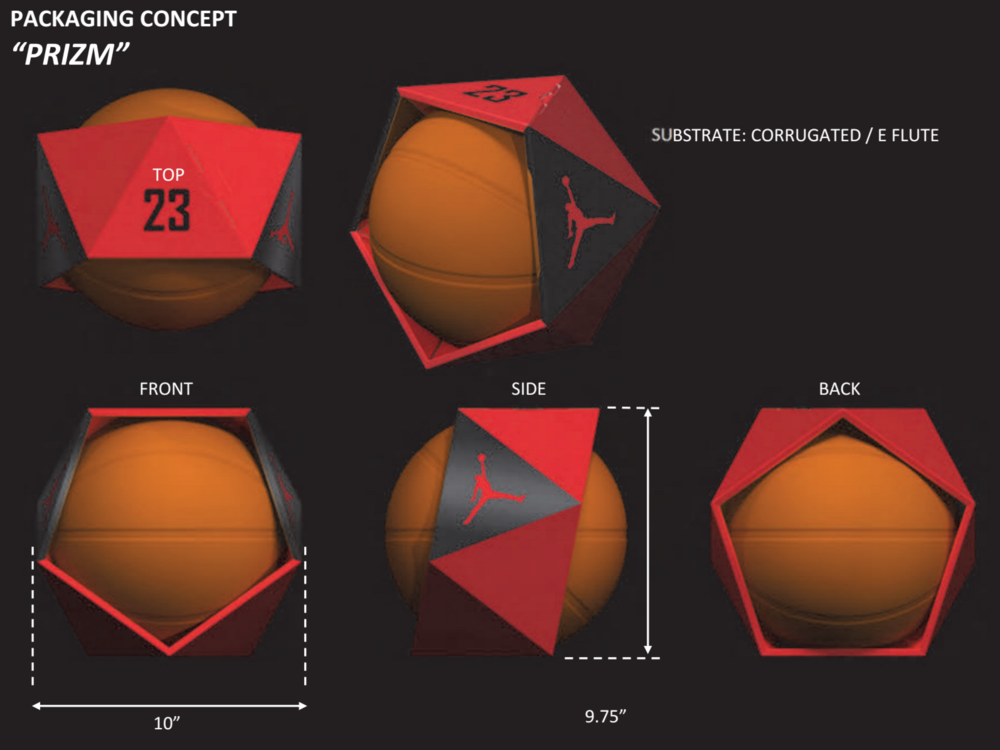 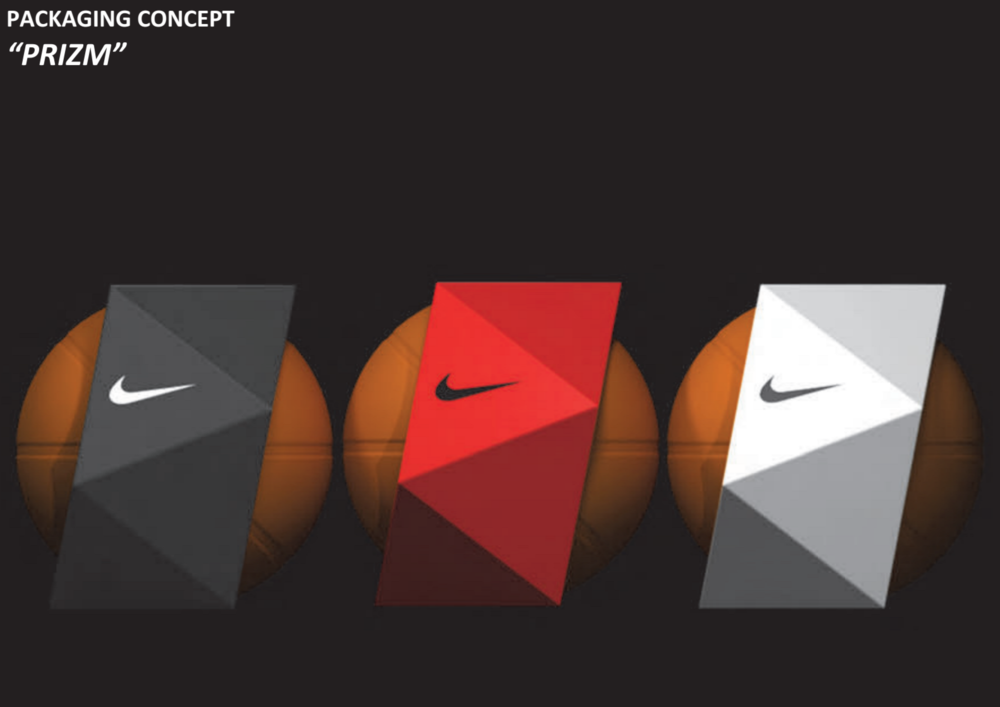 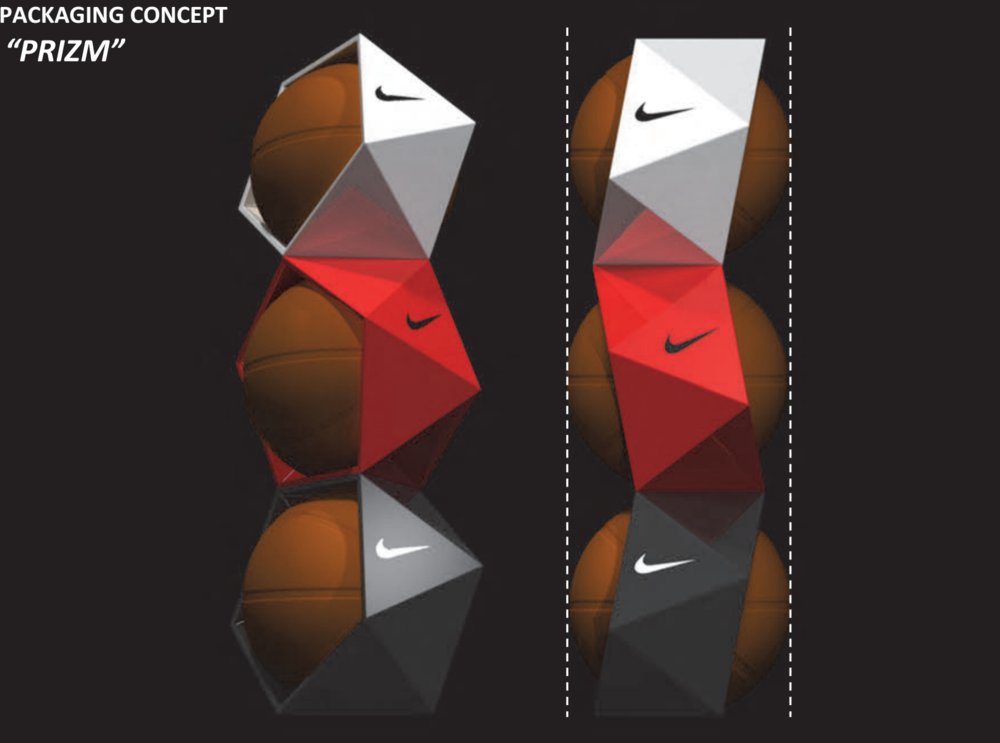 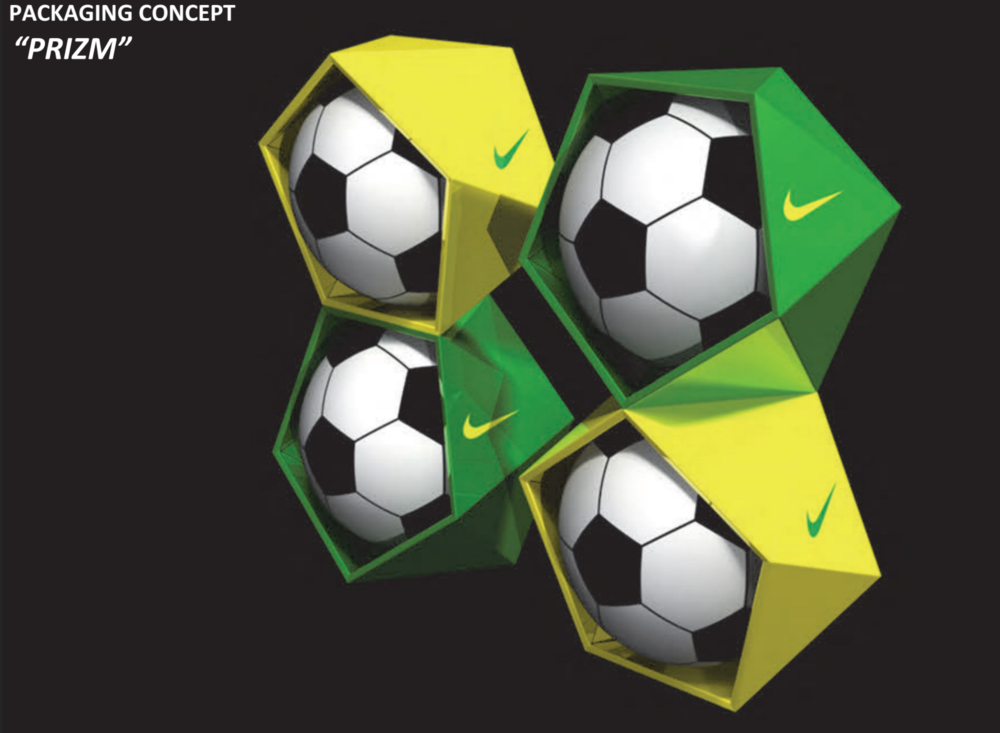 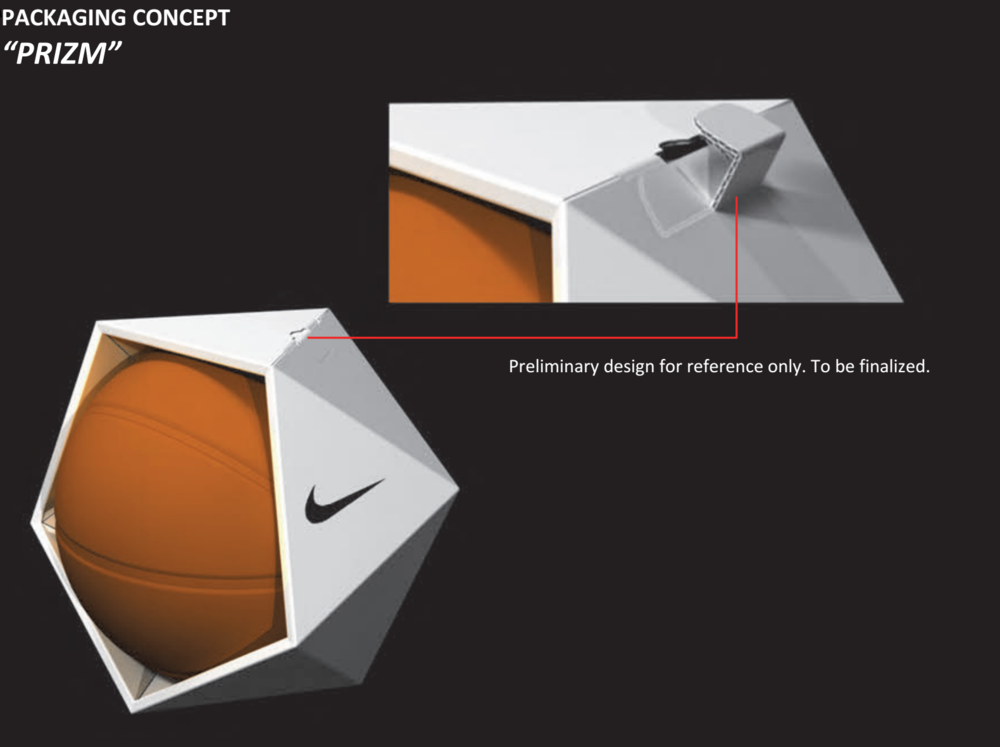 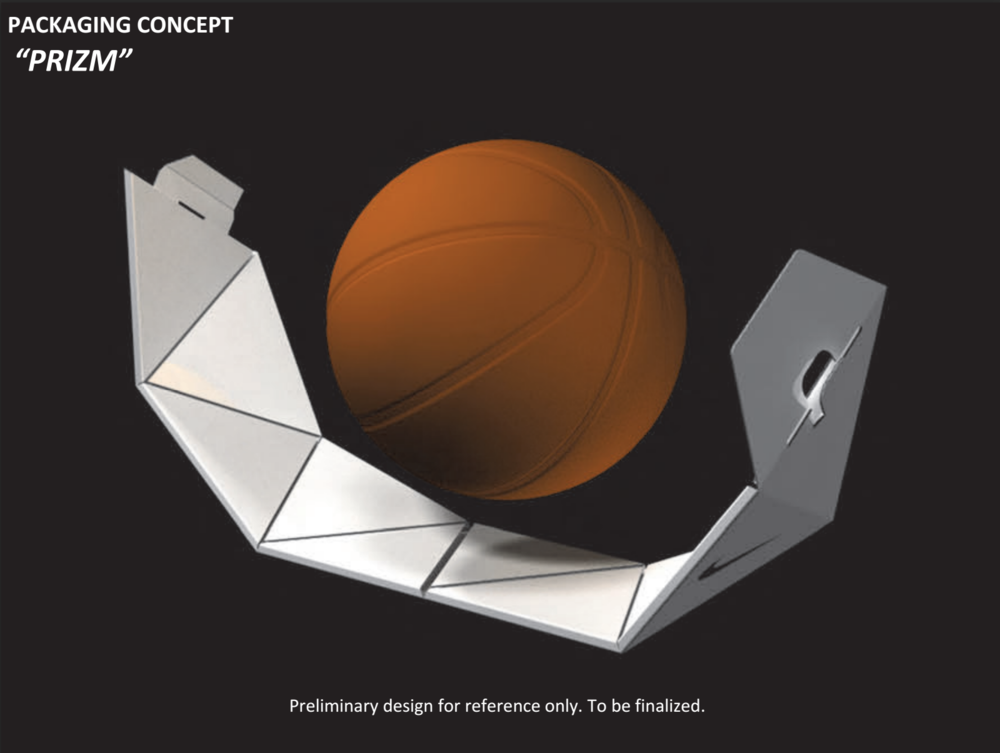 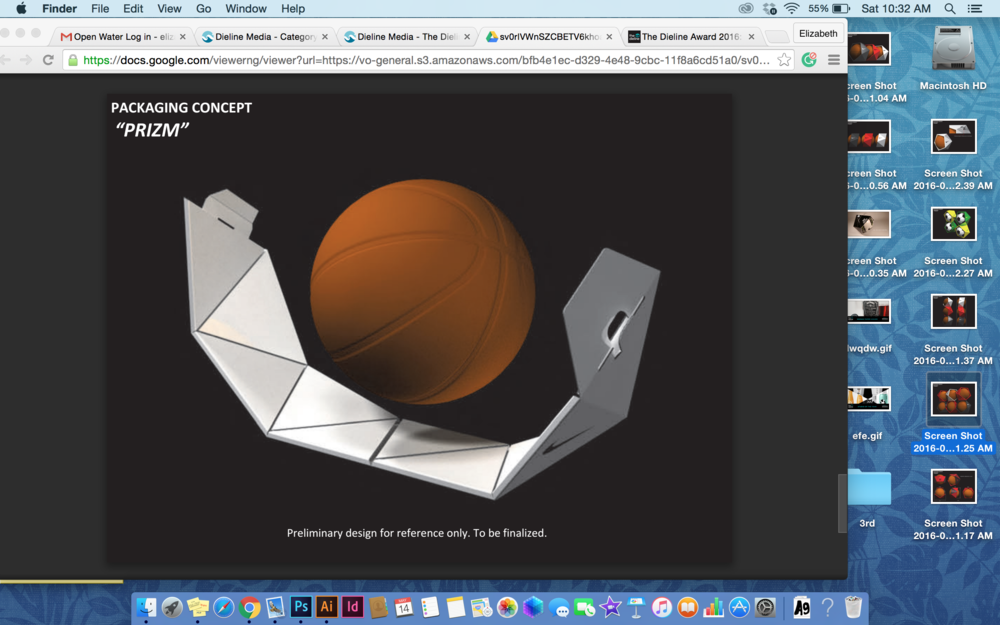 THE CHALLENGE - THE REINVENTION OF THE BALL PACKAGINGReinventing the NIKE basketball and soccer ball packaging simply means pushing the limitations of corrugated fiber board packaging designs. This challenges the fundamentals and status quo of a category that perhaps every effective way to package a basketball or soccer ball has already been around for decades, tested and tried, and quite few and far between. 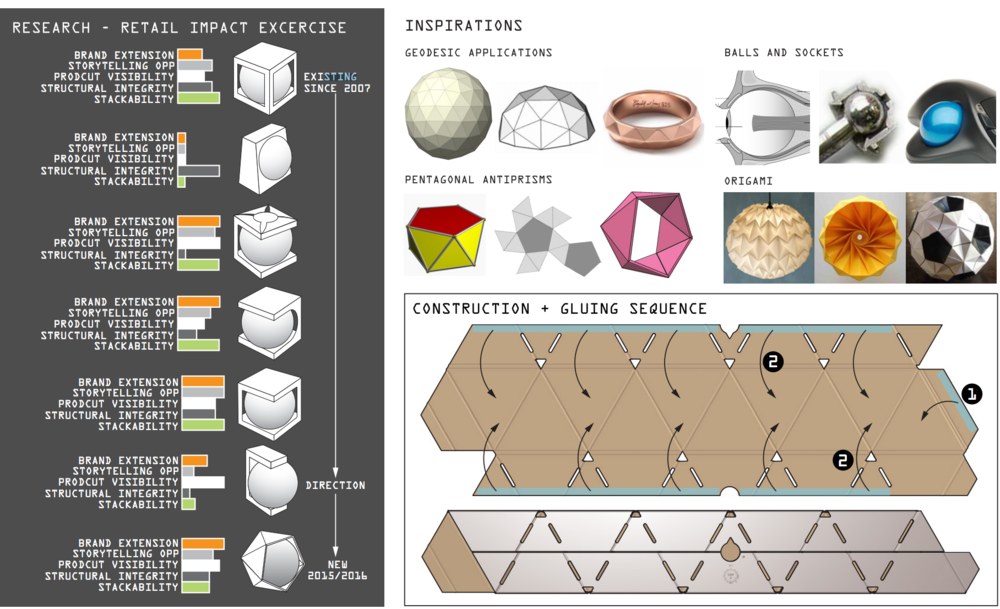 THE RESEARCHThe majority basketball and soccer ball box designs can be described as variations of the following two forms: The Sleeve Form: • Typically glued on one end to create an open sleeve that its opening is close to or larger than the ball diameter. • Ball is placed inside the packaging AFTER it’s erected and staged. • Closed with full panel or half panel tucks with self-locking features.• Favors smaller shipping footprint with the box being knocked-down flat. • Faster assembly. • Greater structural integrity and stability on shelves. • Greater surface areas for graphics and text. • Limitations of this type are material waste in die cutting and window size. • Limited perceived innovation. Examples: Existing NIKE basketball and soccer ball packaging since 2007.The Wrap Form: • Typically not glued and mostly relies on lock tabs or tape to complete fulfillment. • Size and assembly is not as limited by the ball size.• The ball has to be staged BEFORE the packaging wraps around.• Greater liberty than the sleeve form in style and material usage. • Maximized product visibility with minimal hold between the packaging and the ball. • Can have less material waste. • More complex assembly and more labor time. • Larger shipping footprint. • May have less structural integrity due to minimal material. • May not be as stackable as the square box. • Potential for greater perceived innovation. Examples: Spalding and Wilson basketballs, the new NIKE 2015/2016 basketball and soccer ball packaging. THE DEVELOPMENT• The wrap form seems to overall favor a new design that is minimal yet functional. • Potential assembly complexity and structural integrity to be addressed and reduce to a minimum in development.• The observation and study of other existing forms that function by containing a sphere (e.g. the eye ball and its socket, trackball on input devices and mechanical ball joints) or resemble one (e.g. geodesic architecture and origami) • What might have been overlooked in most existing ball packaging solutions could be the lack of exploration of geometries that form containment beyond what the 6-face rectangular shape can offer. • Exploring the feasibility of using geodesic forms in packaging. • At least 10 equilateral triangle panels are required to create a geodesic form with a pair of opposite and parallel panels to allow self-standing and stacking. • Triangle panel height equals to ball radius to ensure stable footing. • When formed, the design resembles the shape of a pentagonal antiprism solid only without two opposite pentagonal panels. • Both sets of 5 equilateral triangle panels have an approximately 10°angle of depression at every 72° to keep the ball inside. 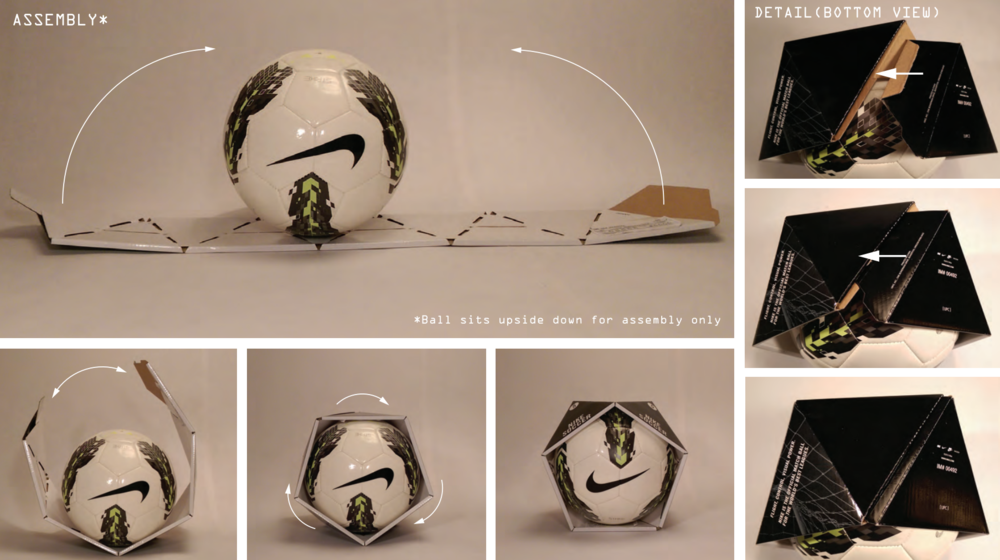 THE DESIGN• Aka “PRIZM”. E Flute. Both litho and flexo versions are available. • Packaging made in China. Balls inflated and fulfilled at NIKE US Distribution Centers. • Pre-glued by manufacturer with special folder-gluer to reduce footprint and assembly. • Self-locking features on opposite ends. No need for glue or tape. To remove simply pull the ends apart. • The two-step assembly has promoted great improvement in assembly time. 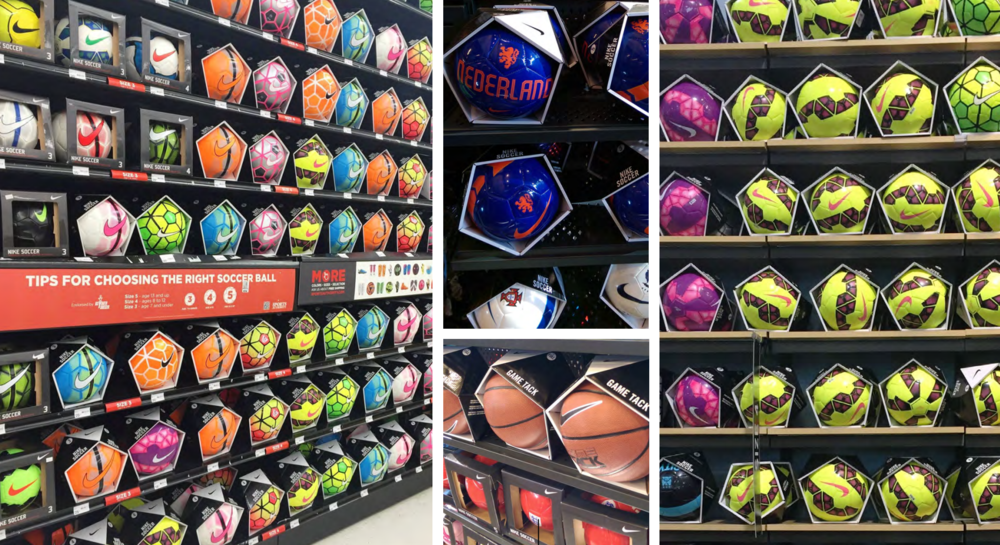