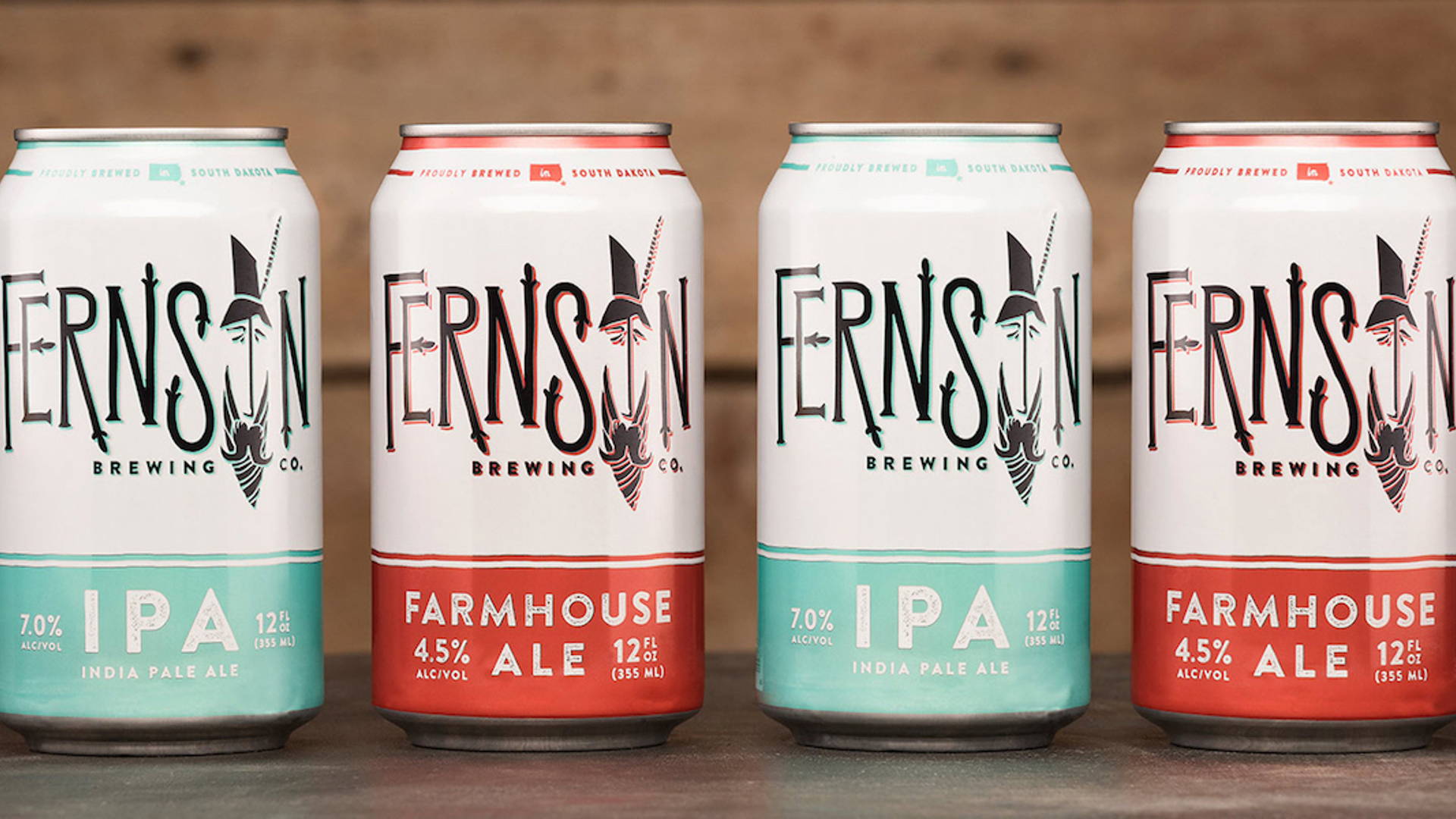 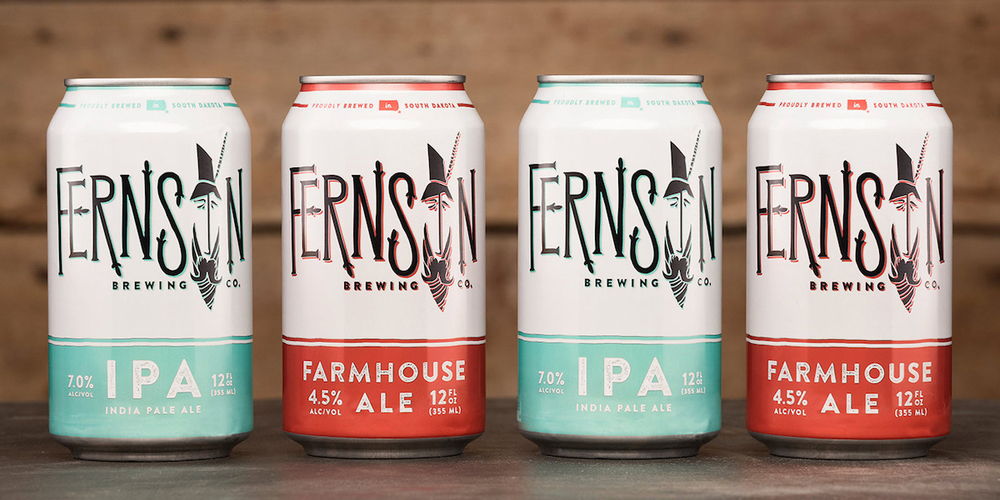 When Fernson Brewing Co. approached CODO Design, they’d actually already worked through a completely unsuccessful branding process with another firm. They had nothing to show for the money spent—no name, positioning, branding, or package design. But in preparing for opening their brewery, Derek Fernholz and Blake Thompson wanted to transform their business plan into something tangible. 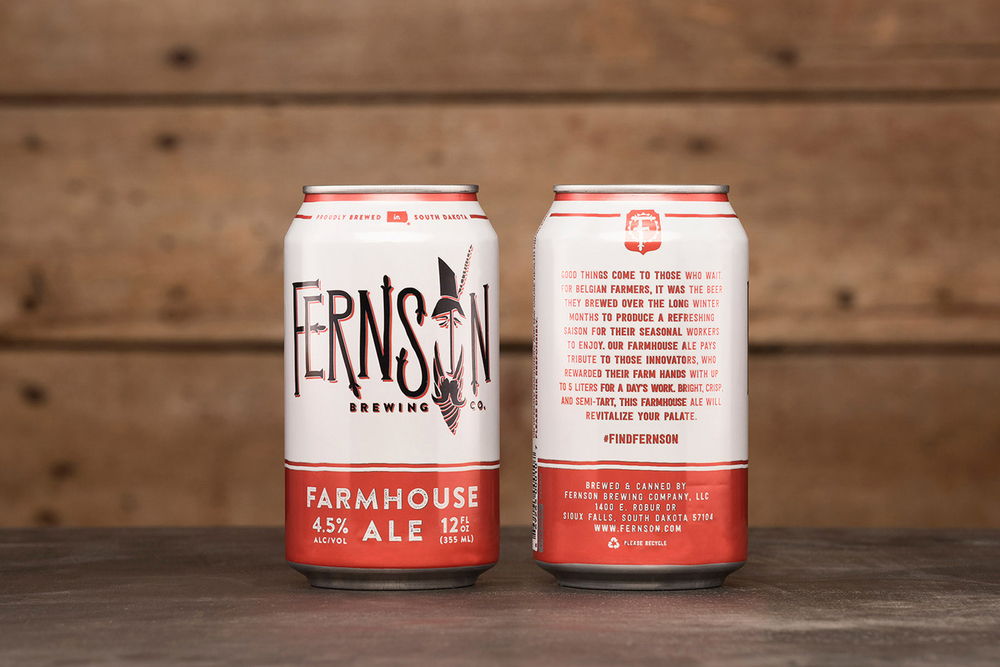 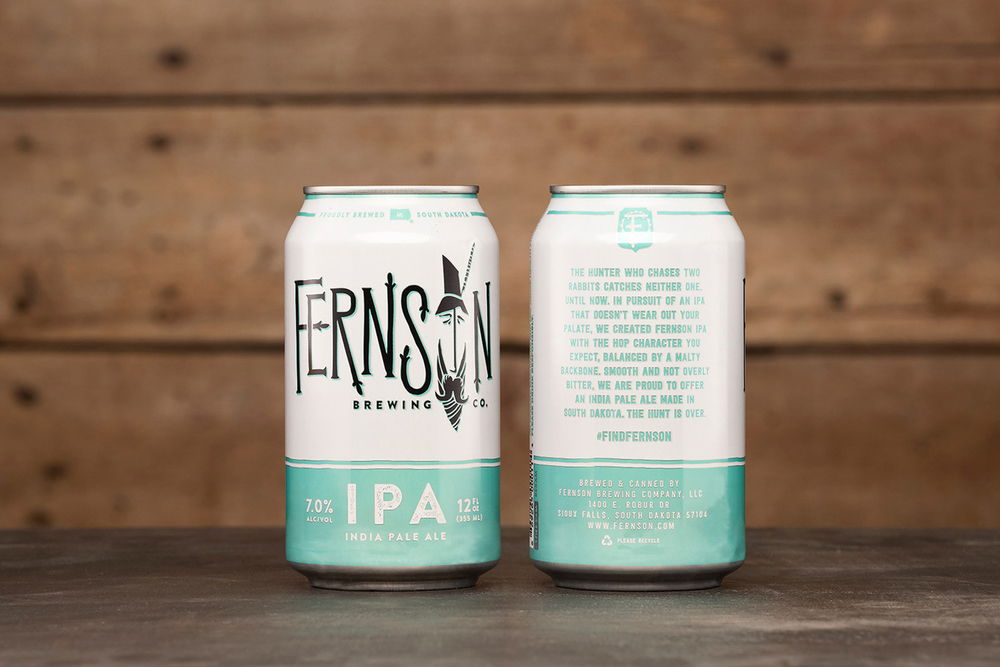 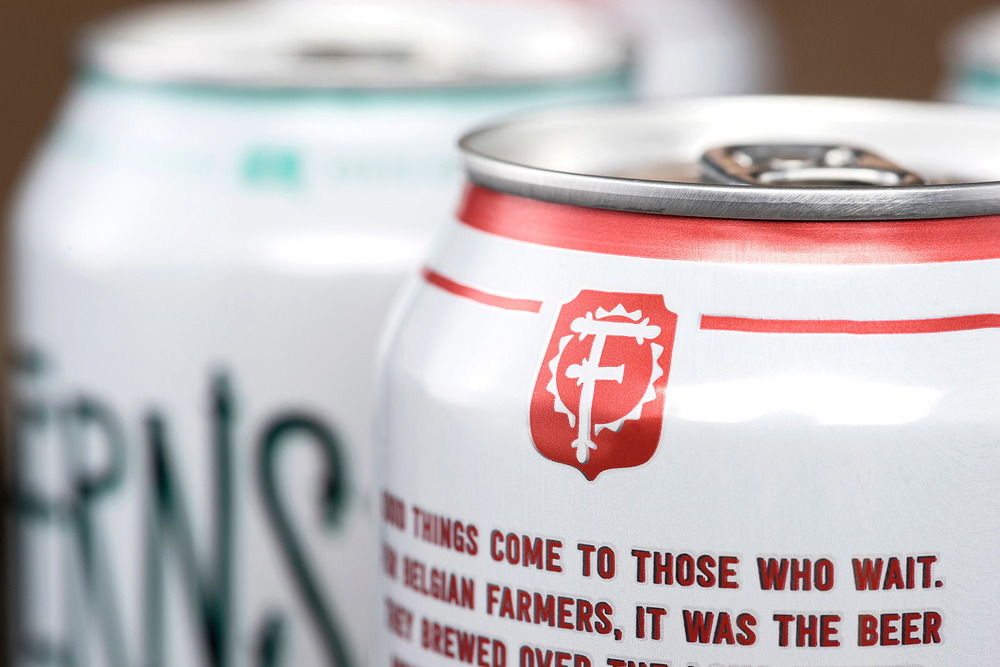 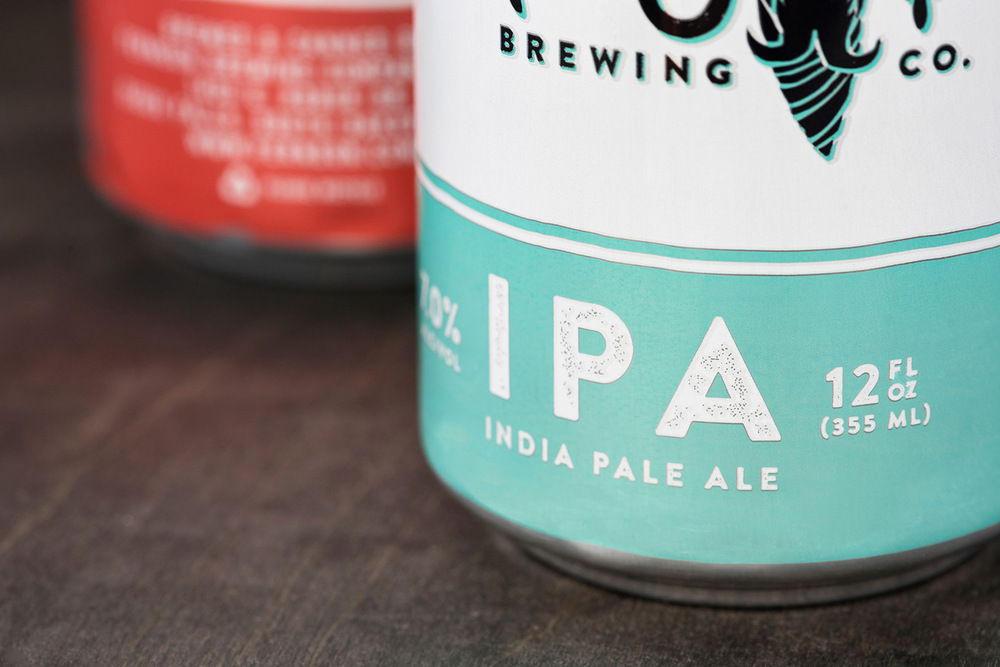 “We helped Derek and Blake develop a name. This was tricky: The name needed broad appeal to meet wide distribution goals, all while somehow evoking South Dakota’s elusive outdoor mystique. After churning through dozens of options, we landed on Fernson Brewing Co., a moniker they had previously considered. This portmanteau came from collapsing Derek and Blake’s last names—Fernholz and Thompson. We usually steer clients away from ‘made up’ names but in this case it made sense. We had the opportunity to create a fun story: Who is this Fernson character? An old bard? A wiley, nomadic ne’er-do-well?? An hirsute folk-legend lothario? There were many different directions we could go, but however things were to shake out, Derek and Blake knew that Fernson felt right. Before we had made so much as an initial sketchbook doodle, they were promoting their brewery and beckoning thirsty customers with the #FindFernson hashtag.” 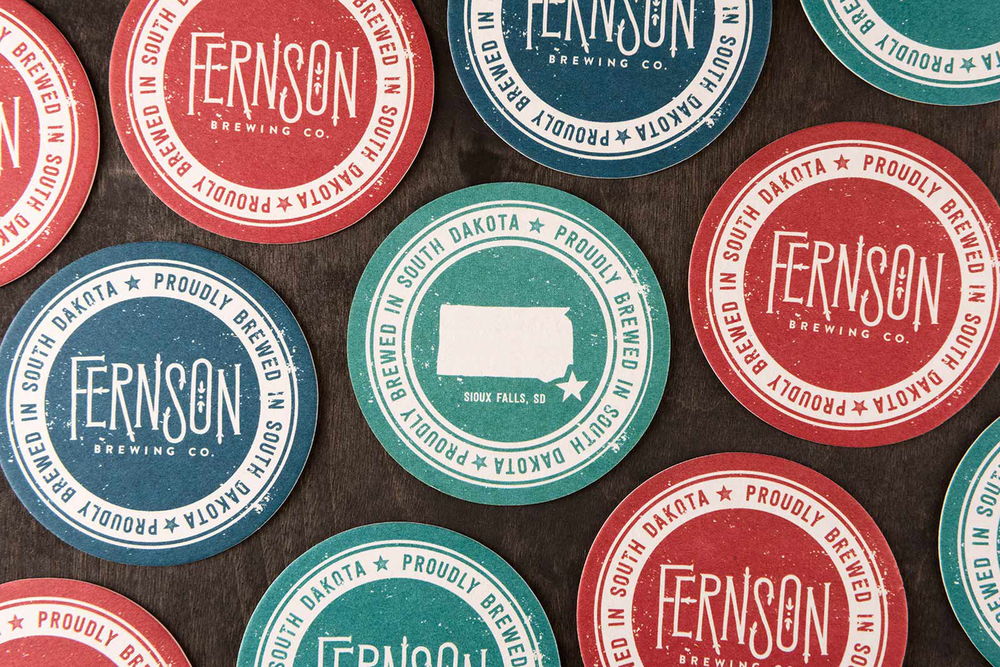 Fernson combines a somewhat classic look of craft beer—bold, solid colors and a sans serif font—with a completely unexpected logo design. It instantly jumps off the shelf to beer drinkers looking for something new to try from a brewery with extensive experience brewing. Fernson also adds in a bit of mystery and fun with the bearded character associated with the brand.

“One of the questions we love to ask new clients is this: If your brewery were a person, who would it be and why? Clients can struggle to answer. It’s not unusual to hear, ‘Oh, well, I don’t really know any celebrities.’ So we’ve started to ask instead: If your brewery were a person, what personality traits would that person have? The goal, for the sake of the creative process, is to give ourselves an idea of tone and approach. Almost never would we actually consider putting this person into the final logo itself. That way lies danger: at best the output will be corny and clichéd. At worst, you’ll have on your hands that most dreaded of advertising fallbacks: A mascot.” 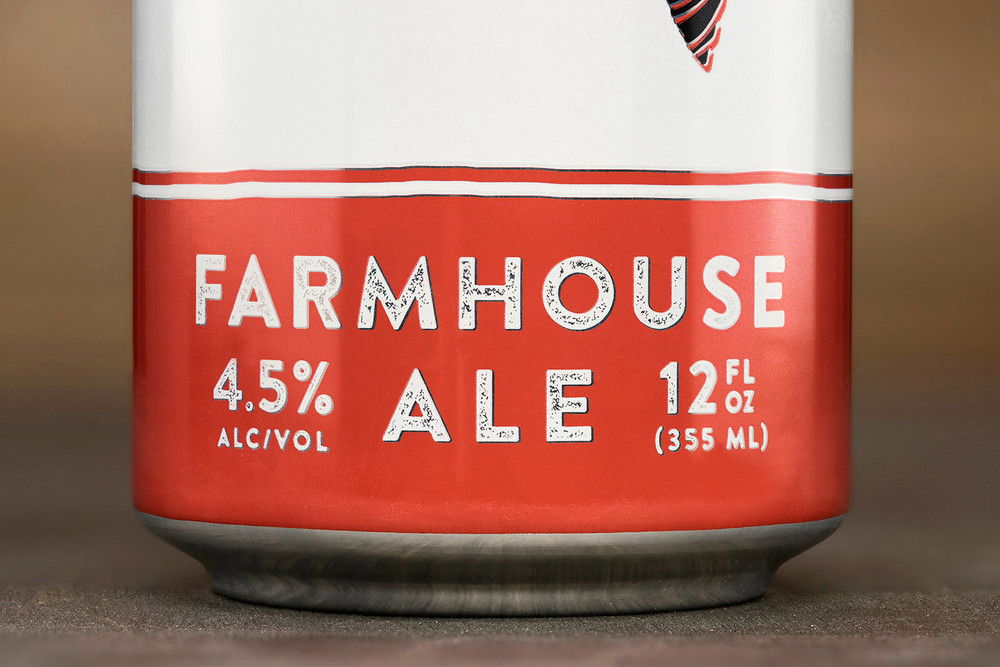 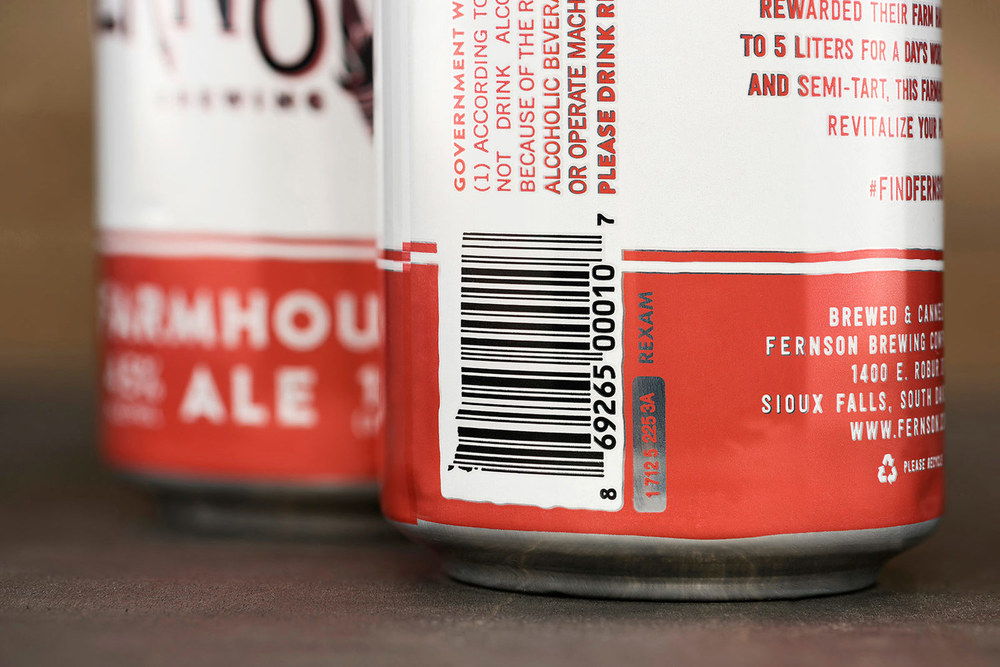 “Mascots are so, so stupid. Actually, a mascot is the most literal, condescending, heavy-handed application of branding we can think of. Paint a guy’s face with makeup and now kids want hamburgers. Give me a break. Loathsome. Even contemporary applications of mascots are offensive to anyone with half a brain. The Most Interesting Man In The World? Please, dude… you drink Dos Equis.” 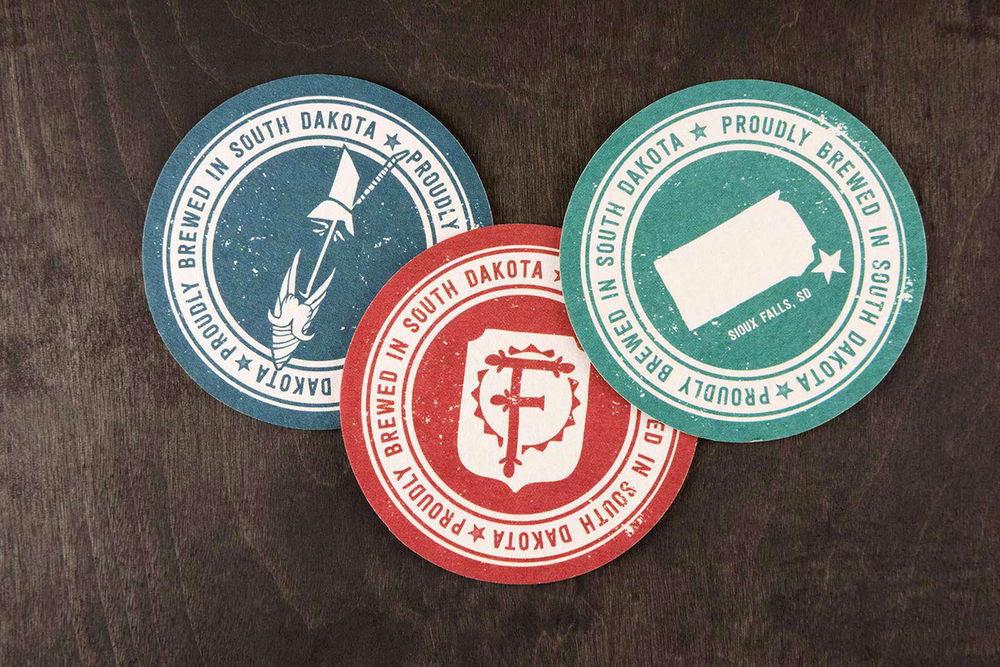 “And here we are: self-avowed mascot haters, presenting a logo that literally centered around the face of a made-up, idealized person. I’m reading that back now, and it sounds incredible even to us. But the damnedest thing is, it felt right at the time, and it feels more right now. The only way to do this project justice would be to create something (someone?) entirely new, out of whole cloth. This will make sense to anyone who has been out there, in the middle of nowhere. Surely this will make sense to anyone who has felt that expansive vacuum all around them, tugging, urging us all to pursue better. To want more for ourselves and the communities we call home.” 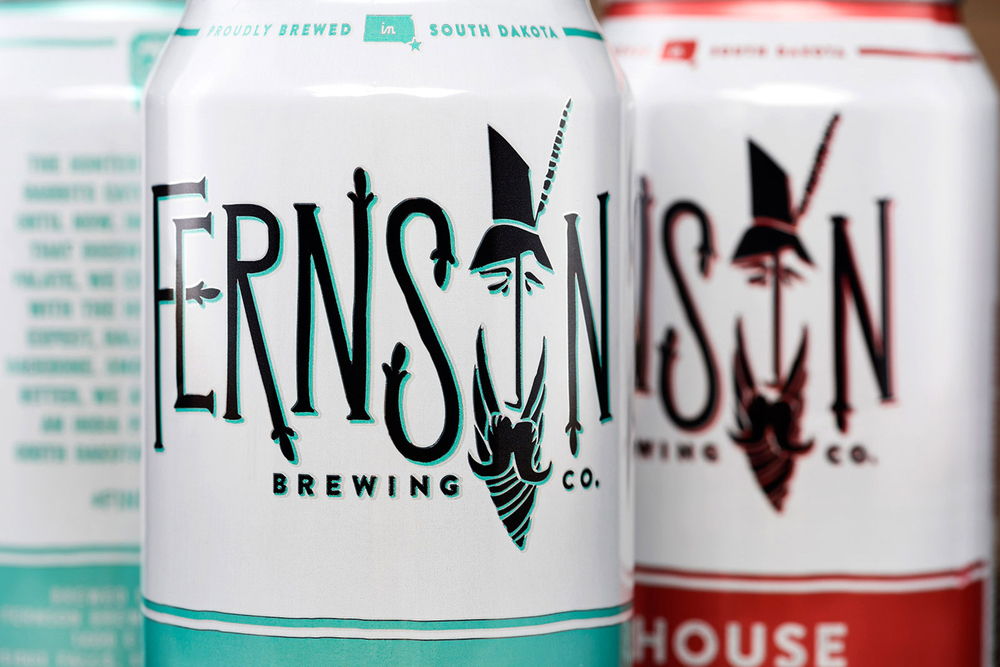