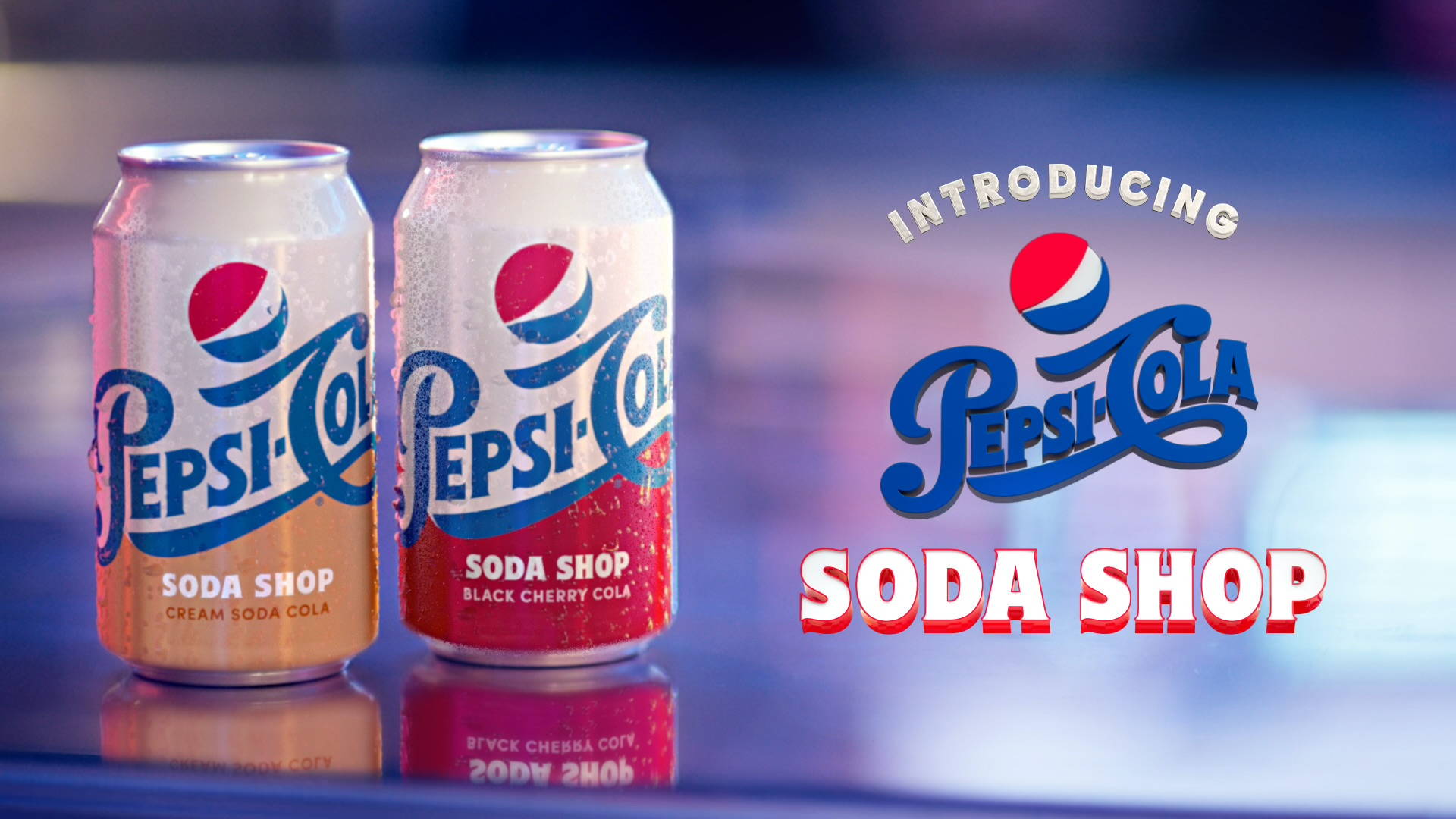 The conveniences of modern living afford us a seemingly endless variety of prepackaged and ready-to-drink sodas, seltzers, and soft drinks. Drinking a freshly mixed flavored cola while sitting at the counter of a soda shop just slaps differently. Sure, there’s the nostalgia factor and ambiance, but you'll find a sweet, complex flavor combination that one wouldn’t ordinarily find or keep at home. Plus, they sweetened the sodas of yesterday with pure sugar instead of a cocktail of processed and artificial sweeteners that distract from the nuance found in colas.

Pepsi is canning and bottling that soda shop flavor with new, classic cola combinations made with actual sugar. Appropriately called Soda Shop and available in black cherry and cream soda flavors, the can design is nostalgic but with a modern flair. Designed in-house by PepsiCo Design + Innovation, the duotone bottles feature a crisp, white background separated by a superb retro Pepsi-Cola wordmark. Pepsi’s current logo sits above the wordmark, tethering Soda Shop to the mothership.

As part of Soda Shop’s launch, Pepsi teamed up with recording artist Doja Cat to create a cover of the Grease classic "You're the One That I Want." This year marks the fiftieth anniversary of the hit musical’s debut, which would go on to be a blockbuster movie starring Olvia Newton-John and John Travolta.

Soda Shop hits shelves in 20oz bottles and 12oz cans and, according to Pepsi, will be a seasonal offering.

Nice Blocks Are Better For You And Mother Nature