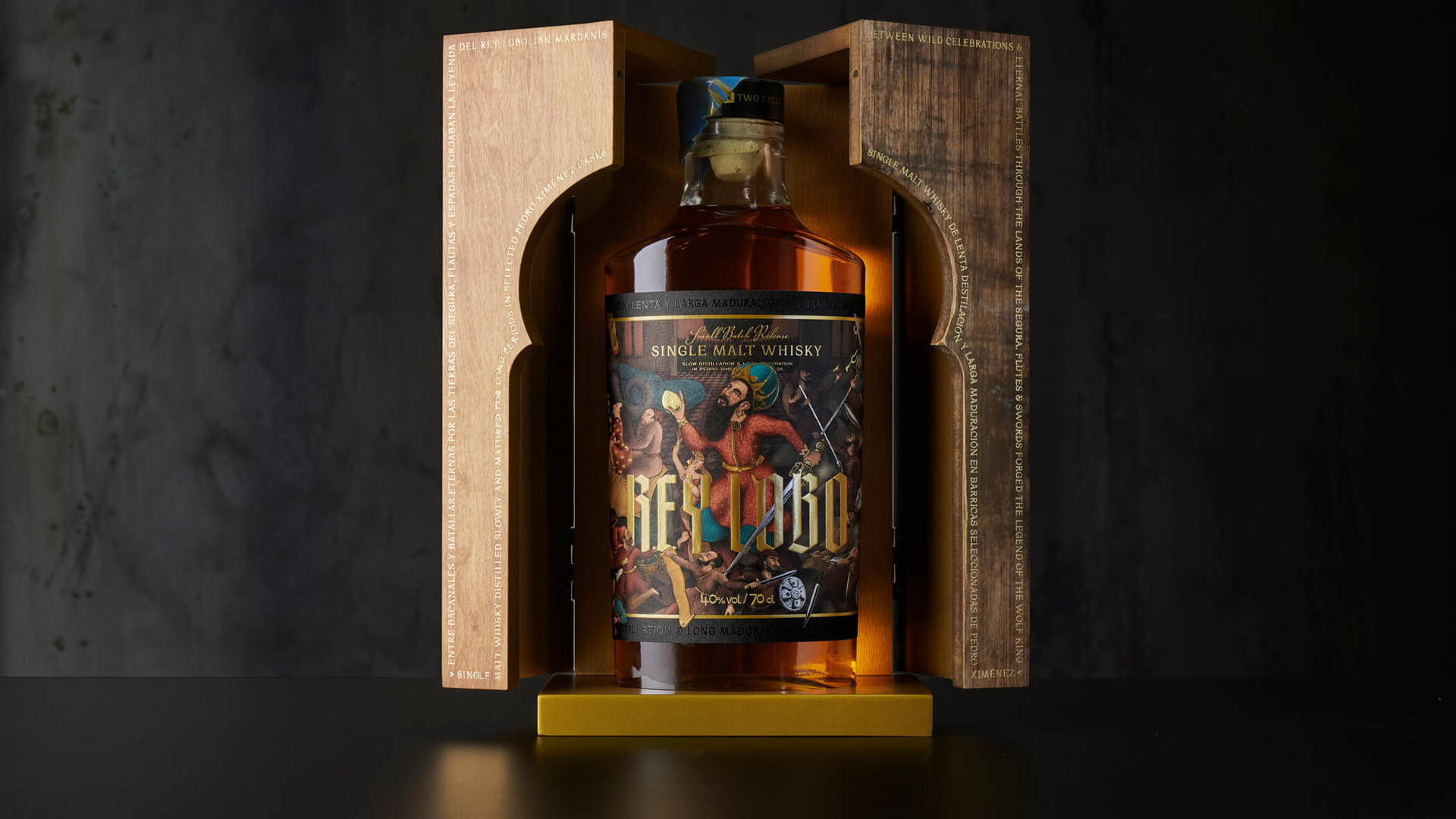 Rey Lobo Whisky Has A Label Rich In The Details

Rey Lobo is a whisky distilled in handcrafted copper stills created by artisans from Albayzin and aged for years under the Sierra Nevada mountains. For this special edition bottle, the whisky is packaged in a display case that carefully and exquisitely hosts the bottle and its history. The illustrated label's complexity can be seen through the door allowing for a preview of the action, personality, and details to be discovered slowly in all its complexity. This bottle is rich in design and history, and the two-tone box acts as a preview of the harmonized parts that make up the whole. 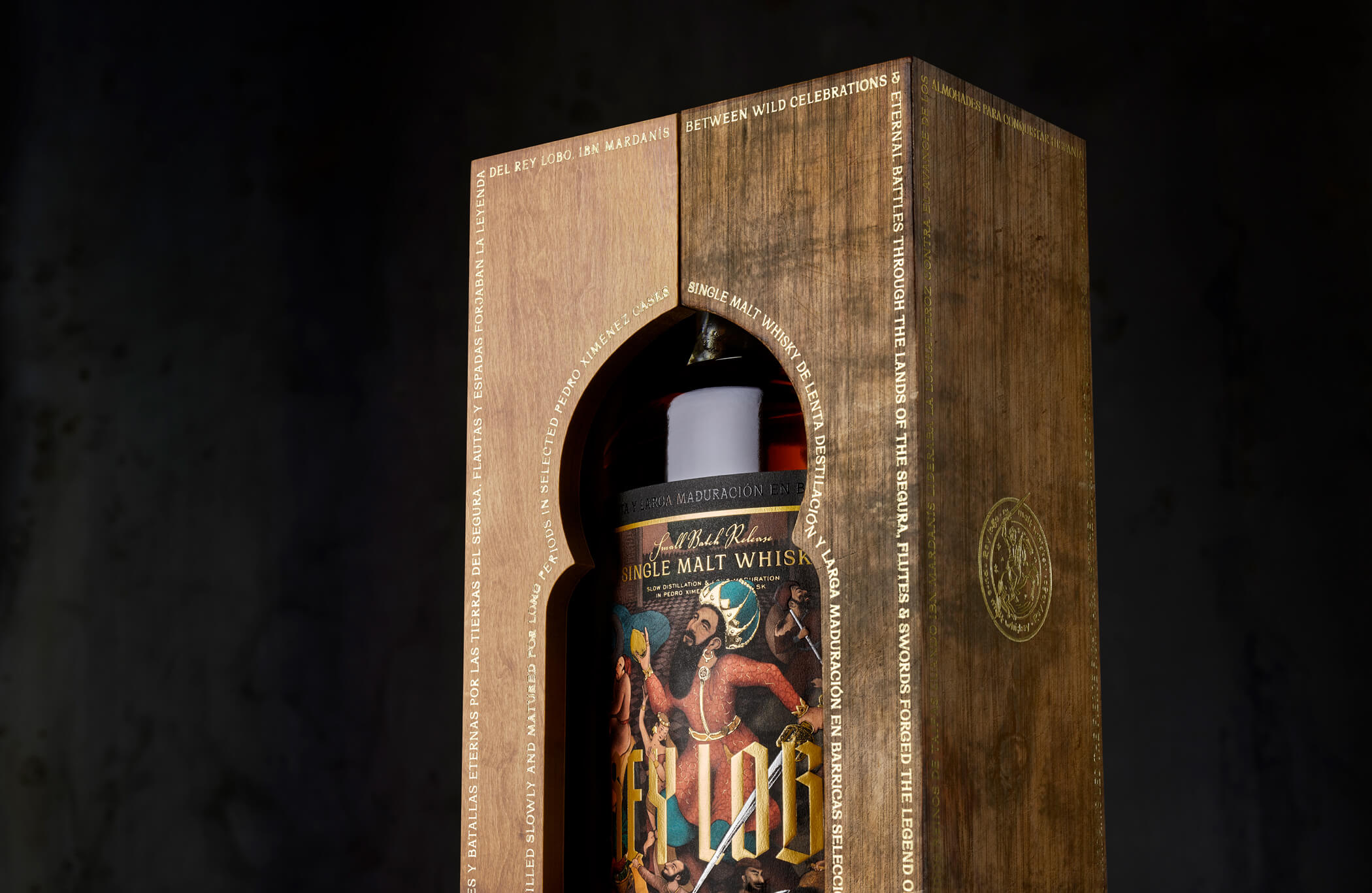 The latest spirit brand creation by Maba shows a design that uses light and shade underlines to create the narrative of this historic whisky. Rey Lobo is distilled in handcrafted copper stills fashioned by artisans from Albayzin and aged for years patiently in Al Andalus at 800 meters above sea level under the majestic gaze of the Sierra Nevada majestic mountains. The brand is developed to be sold at specialized shops and restaurants.

As if it were a movie poster the storytelling draws upon the legendary history of Ibn Mardaris, considered a King Wolf during the times of Al Andalus. His reign was an era of palatial feasts, meetings of nobles and intellectuals and bloody battles to defend and add to their kingdom.

The label creates the story in two different but harmonized parts, one bright and colourful and the other in which shadows and darkness envelopes everything happening on it. Rich details of weapons and jewels are embossed with two metals stamping foils - silver and gold - highlighting a dichotomous paradox. A label full of movement, characters and details, which are discovered step by step in its complexity.

The sealing lacquer in shades of blue and gold creating a delicate texture covers only half the cork, adding to its duality.

For this very special edition, the whisky comes into a display case that encloses the bottle and its history with arabesque shapes in which the arabesques ornaments are interpreted as a typography that surrounds the shapes. The beautiful complexity of the scene illustrated on the bottle can be seen through the door. In the production two different types of wood are used, the natural one and the one in which the time and the fire have left their mark, completing the meaning.

Rey lobo whisky shows the two sides of the same coin for a story that is narrated and harmonised in this expressive and exuberant spirit design.