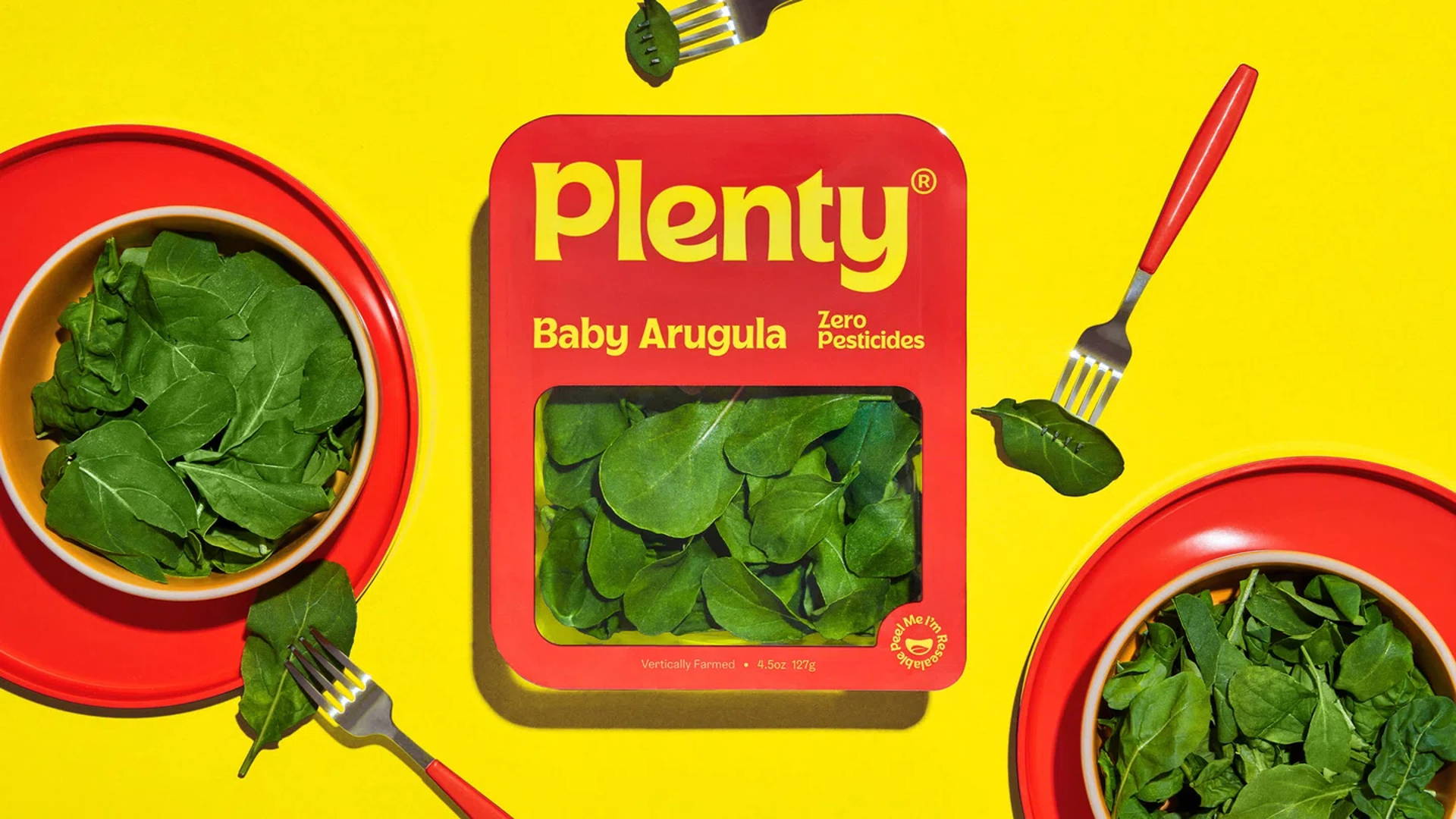 For those with a 5-year-old's palate, things like vegetables and salads are more of a chore than a pleasure. Obviously, fresh produce is vibrant and complex, with tastes ranging from sweet, peppery, and bitter with juicy or crisp textures. But dressing up a plate of greens as something more crave-able and approachable is a mighty big ask for the produce aisle.

Agency &Walsh conceived of a brand identity for a new line of vertically grown produce called Plenty. Rather than use imagery typical of the competition, things like rustic barns and lush rows of vegetables under sunny and clear skies.

Instead of country, Plenty goes pop, with bright fast-food-like color combinations that dominate the range. Big windows showcase the produce, and the packaging creates an excitement, kind of like the wrapper around a greasy and juicy burger.

At the heart of the visual identity is a custom typeface, Plenty Custom, a curvy type designed to get used above 32pt that avoids straight lines with terminals and corners inspired by leaves. Plenty Custom feels organic and approachable and reframes lettuce as food for hip humans and not just rabbits. And, yes, it looks good on a tote, because you should always design a tote.

Being excited over ripping open a bag of salad just became a thing.

Tomorrow Is The Last Day of Regular Registration