Part of the success of the Star Wars is how easily fans of the saga can immerse themselves in a galaxy full of exciting and exotic worlds, hockey religions, ancient weapons, and all the blasters and pew-pews you can handle. Disney is no stranger to captivating experiences, not just in media, but also in-person via theme parks and resorts. This summer, Disney hopes to drop park guests into the universe first envisioned by George Lucas with their new “Galaxy’s Edge” attraction in California and Florida.

As a part of creating that immersive Star Wars experience, Coca-Cola has designed four bottles for the Galaxy’s Edge attractions. Unveiled earlier this month at Star Wars Celebration Chicago, the new bottles for Coca-Cola, Diet Coke, Sprite and Dasani incorporate Coca-Cola’s traditional design elements but feature spherical shapes and caps, with the exception of Dasani which looks like a run-of-the-mill water bottle. 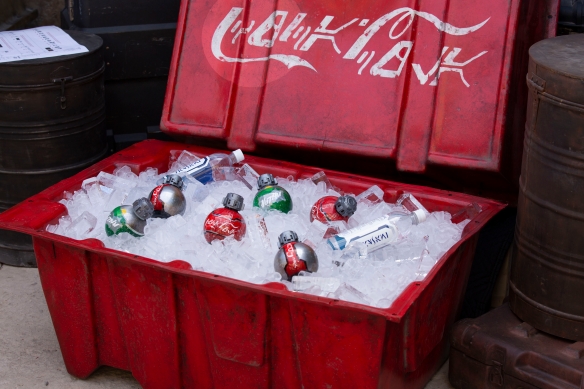 The packaging also makes use of Arabesh, the printed language seen throughout Star Wars. The beverages themselves remain unchanged, and the unique packaging will only be available at the Galaxy’s Edge area of the parks.

The bulbous bottles are almost evocative of the Death Star, the large, moon-sized space station with the power to blast a planet into bits. Some fans might consider the unique packaging more reminiscent of deadly thermal detonator, a handy bounty negotiation tool. 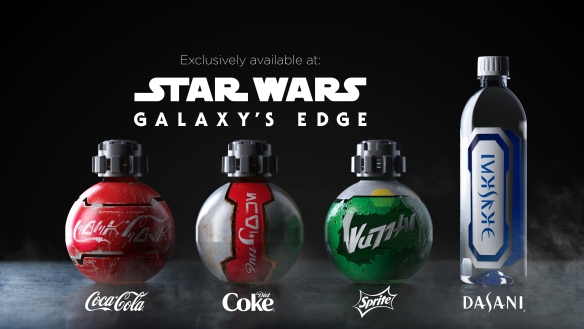 Disney sought out help from the soda manufacturer and Lucasfilm to design packaging that seems authentic and fits within the mythical locale of Batuu. Disney themes parks and Coca-Cola have a decades-long relationship, going all the way back to Disneyland’s opening in 1955. That said, creating unique, in-theme packaging for Coca-Cola beverages is probably for the best as authentic Bantha Milk sounds terrible.

"Find The Summer" With This Bold Conceptual Beverage Packaging