At the heart of Taxi Studio’s global Carlsberg rebrand is a simple phrase.

“In constant pursuit of better.”

Drawn from the so-called ‘Golden Words’ penned by Carlsberg founder JC Jacobsen, this pledge drives everything from the quality of the brew to the company’s sustainability credentials, to how the brand presents itself to the world. One of the challenges we had to overcome was that Carlsberg was perceived very differently in its various markets. In the UK, for instance, its reputation was poor compared to markets such as India and Malaysia, where it’s considered premium. 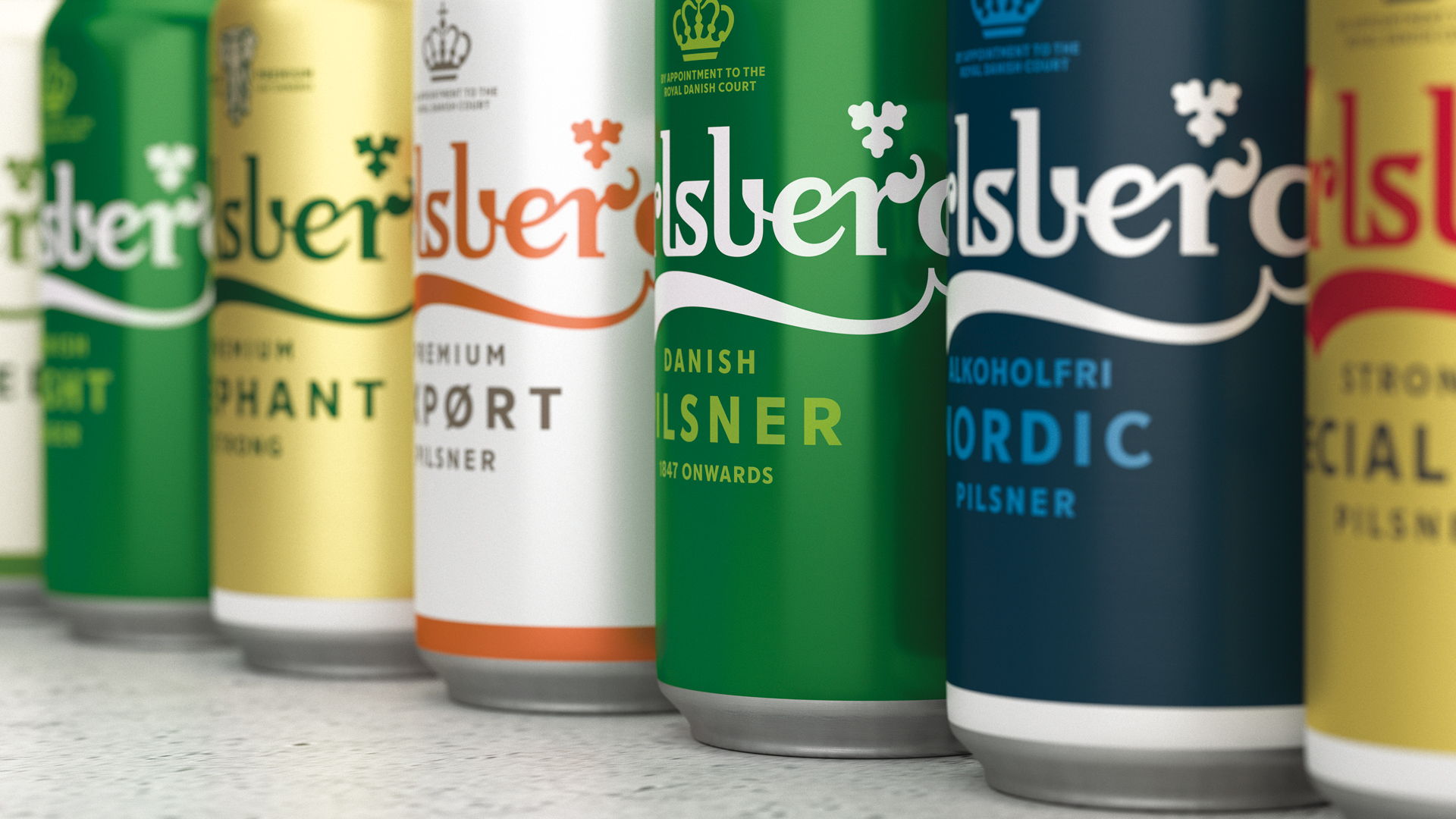 With no holistic look and feel to tie the different regional variants together, or a clear set of rules to govern how they used different assets, the Carlsberg brand presented inconsistently from market to market. Accordingly, another challenge was to unify all expressions of it as part of a coherent, master brand-led system.

We created three design principles that are the guardrails for the Carlsberg brand, and its visual manifestation. First is crafted authenticity: we design each element with care, thought and purpose. Second is Danish by nature, which encapsulates how the brand reflects Danish modernity and functionality. And third is progressive ingenuity, which combines Carlsberg’s pioneering mindset with a dose of the brand’s wit.

Baked into the heart of the brief was Carlsberg’s sustainability agenda, and that meant designing the system for longevity rather than obsolescence in a few years. As part of a root-to-branch overhaul, every aspect was carefully re-crafted, striking the perfect balance between form and function – the cornerstone of great Danish design.

We chose to bring on designer and lettering artist Tom Lane early on to agonize over some of the more intricate details. Drawing on Carlsberg's rich archives for reference, Lane helped craft a set of assets that remained faithful to the brand's heritage, while being timeless enough to be fit-for-purpose long into the future.

"We wanted it to be so beautiful that you wanted to hang it on the wall,” says Jessica Felby, design director on the project for Carlsberg, “but it also needed to work in all kinds of practical situations." 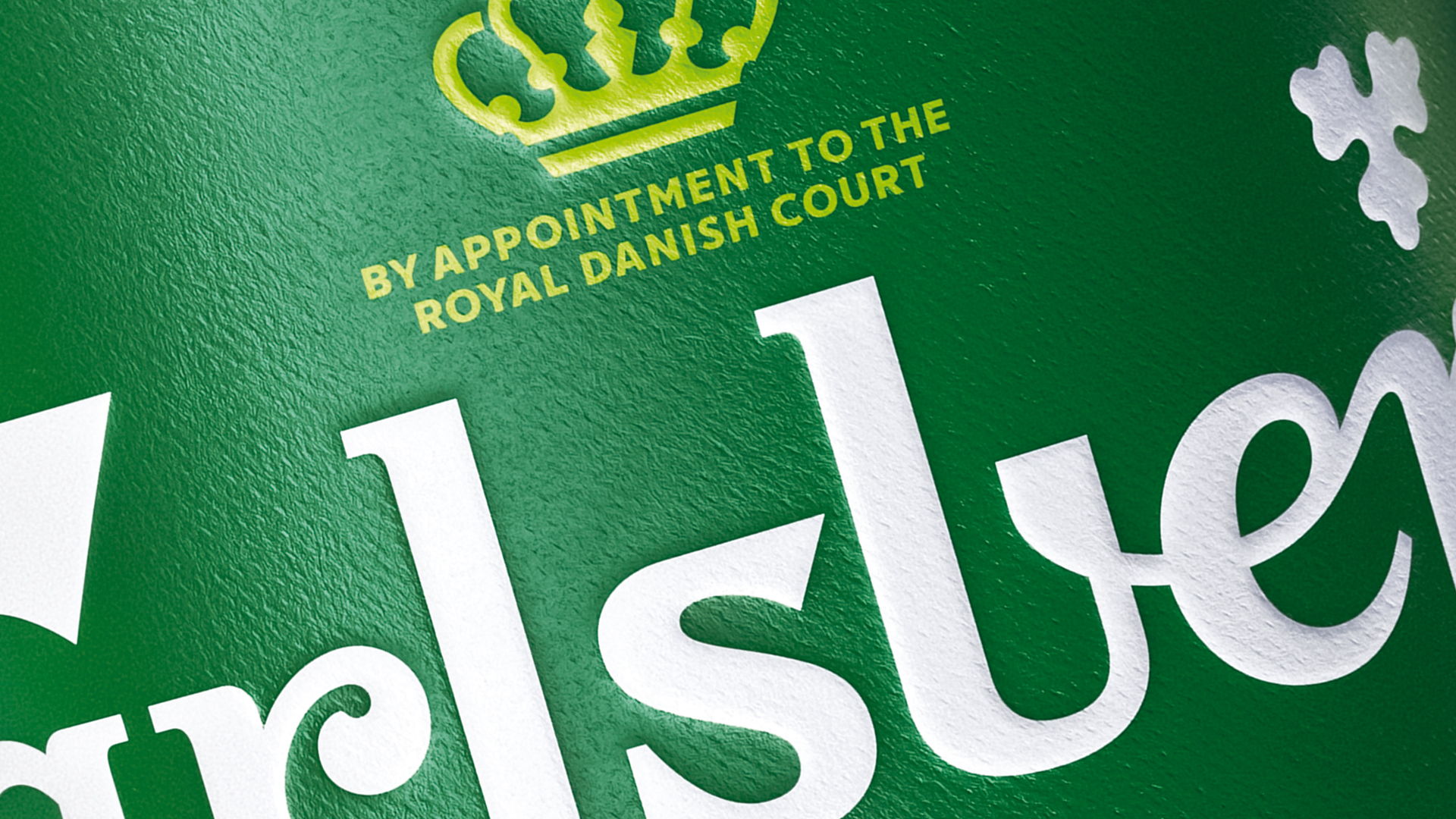 While it retains the brand DNA of its predecessor, the new logo is more streamlined and elegant, plus we reintroduced a curved end for the distinctive swoosh underneath.

The shape and placement of the swoosh were also carefully considered so that typography could sit centrally beneath the logo for the first time in its history. When we re-crafted the Carlsberg logo, we enabled something that wasn't previously possible and created a visually balanced holistic system.

For the core master brand, three lines of text sit beneath the logo: “Danish / Pilsner / 1847 onwards.” This three-deck lock-up is consistent across the whole range – incorporating, for instance, “Danish Unfiltered Pilsner,” “Smooth Draught Pilsner” and “Strong Special Brew Pilsner,” as well as being adapted to suit market-specific variants such as extra-strong Elephant (India) and the alcohol-free Nordic (Scandinavia).

In keeping with JC Jacobsen’s Golden Words, weaved throughout the product hierarchy is the narrative of betterment. We divided the variants into three categories – good, better and best – with visual cues, such as a progressively darker bottle color, identifying the increasingly premium nature of the brews with the same unifying brand language.

Color is also a crucial part of the master brand-led identity system. Inspired by the natural greens of the buds and mature leaves of the hop plant, two core brand colors were developed – a dark “Leafy Green,” with a light, zingy “Hoppy Green” as an accent. But the coherent brand language also enables a broad range of different palettes to be introduced across the global portfolio. 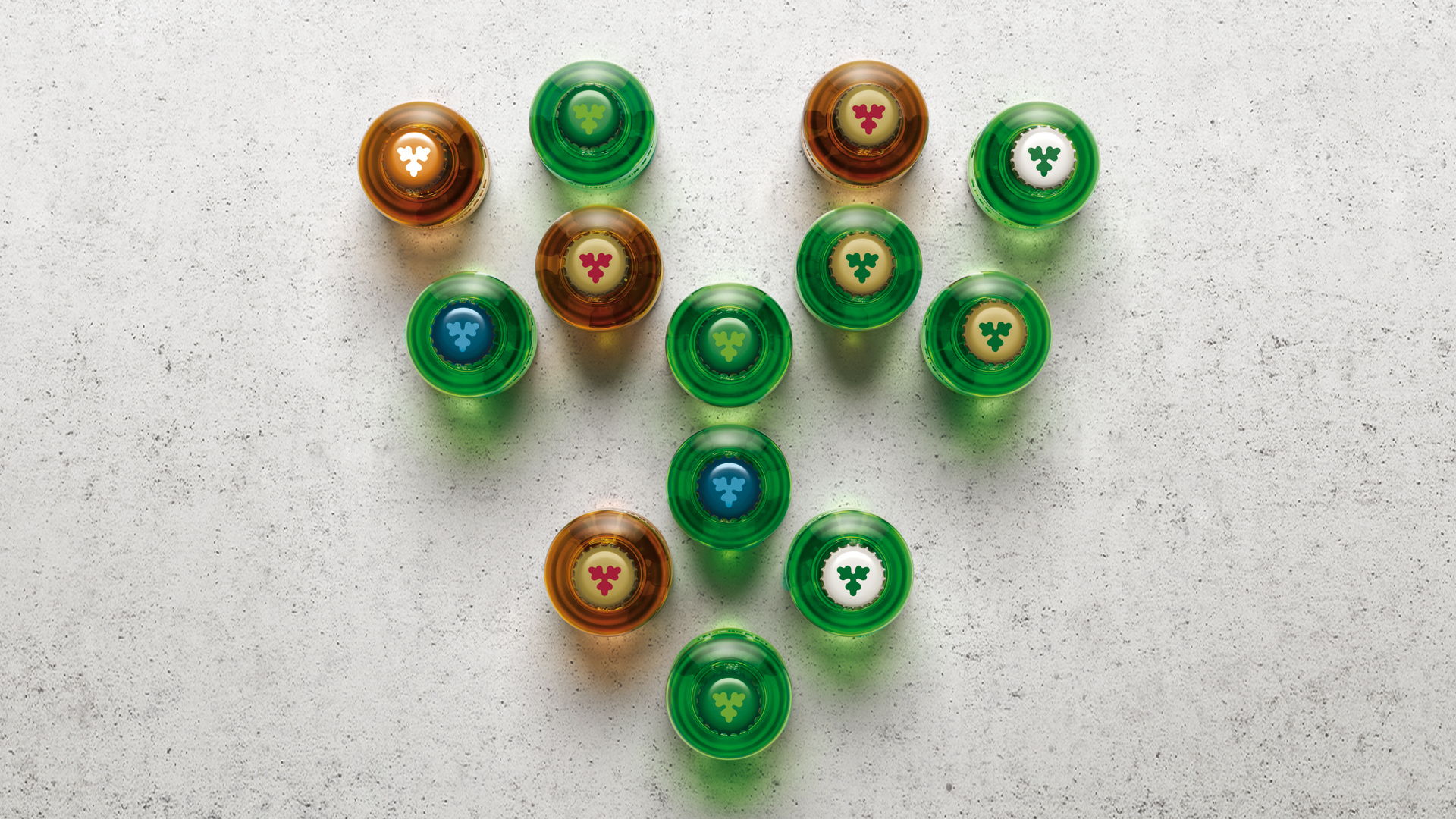 Other core brand elements have also been re-crafted as part of the wider holistic vision. The Carlsberg hop leaf had become increasingly stylized over the years, and its natural origins lost. Tom Lane helped develop a more organic and realistic leaf shape, echoing the "C" curve in the logo to tie the brand elements more closely together, as well as increasing the space between segments to aid legibility at small sizes. 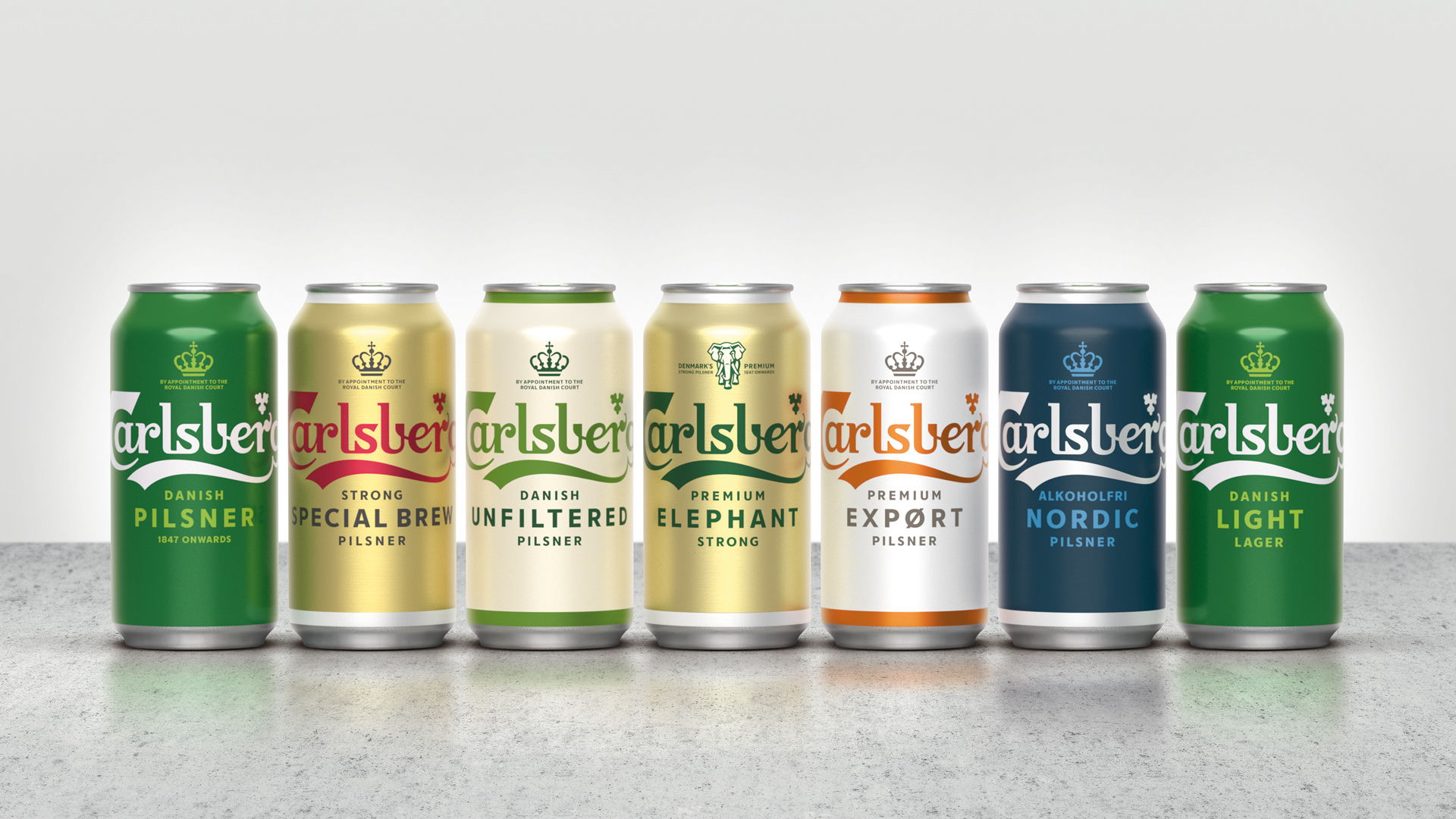 Previous versions of JC Jacobsen's signature had encountered conflicting issues of either being too spindly and illegible or too vectorized and fake-looking. The re-crafted asset encapsulates that perfect Danish balance of form and function, maintaining an authentic, signature feel without sacrificing legibility in the application.

Both elements are used on pack to signpost stories of betterment, ranging from Carlsberg’s pioneering heritage – such as the development of a pure strain of brewer’s yeast, gifted to the world by Jacobsen in the interests of better beer for all – to modern-day innovations, such as the Snap Pack, which reduces the plastic required in multipacks of can by up to 76%. 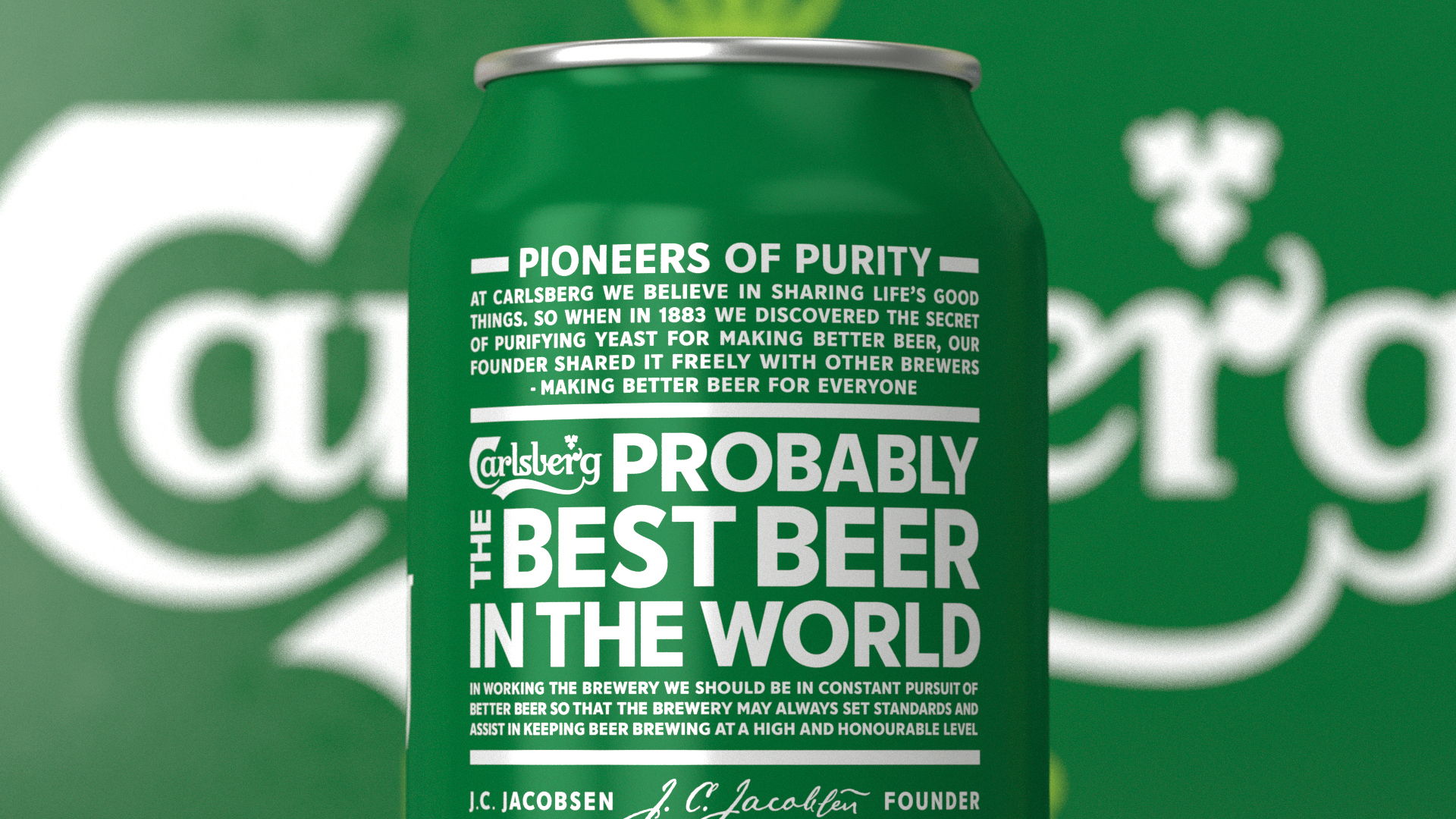 The final part of the versatile brand toolkit is a bespoke brand typeface. Developed in partnership with type foundry LucasFonts, using a character set designed by Tom Lane, it perfectly complements the re-crafted logotype. Combined with the full complement of new Carlsberg assets and a strong, coherent brand language, this new typeface will help ensure consistency of application across the global portfolio for decades to come.

The rejuvenated Carlsberg brand launched in Scandinavian markets in September 2018 and will be rolled out globally during 2019. 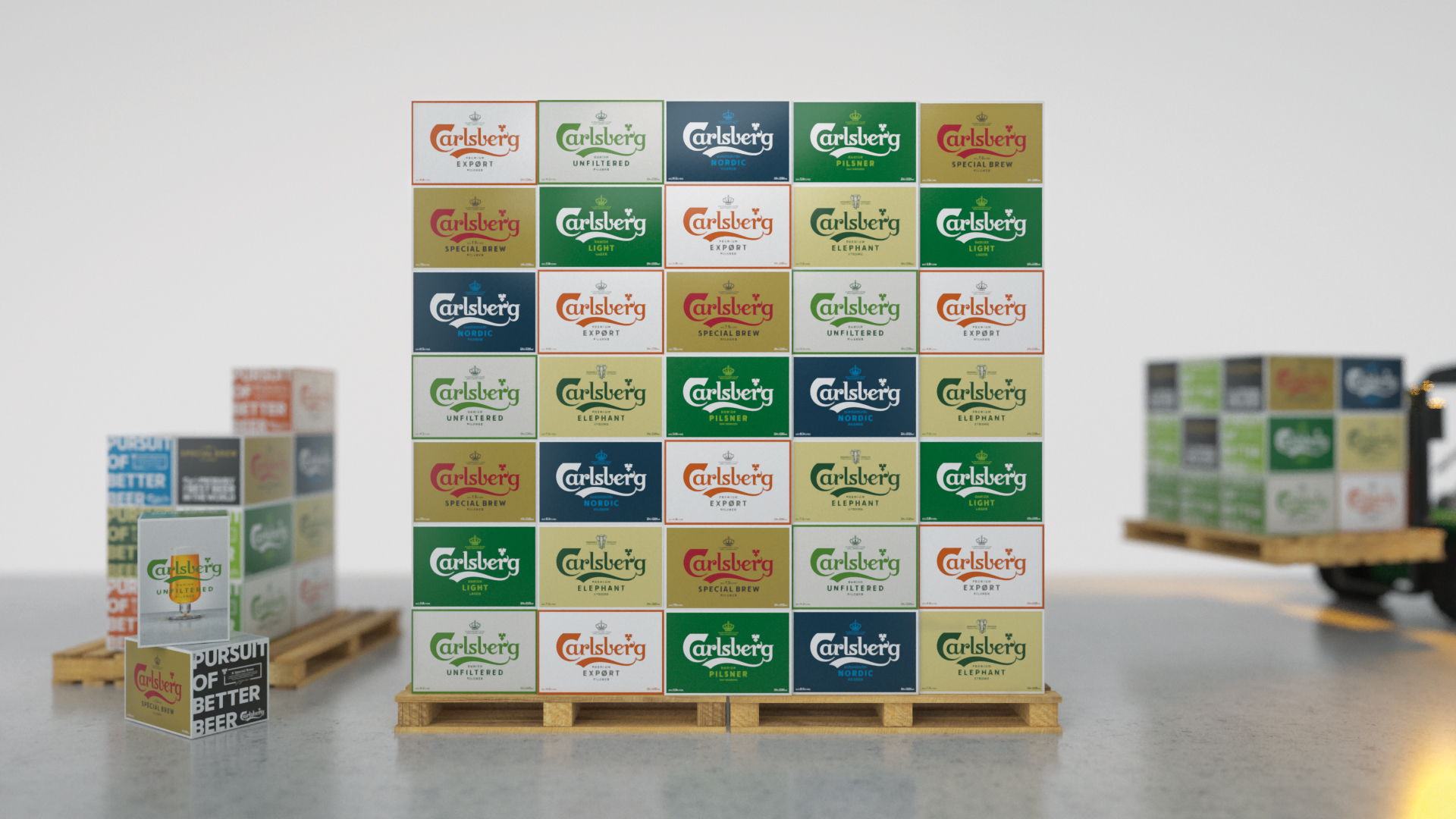 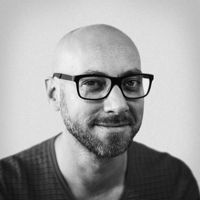 Spencer is Taxi Studio's co-founding creative firepower. With extensive cross-category experience, requests to speak at creative and client events, invitations to judge numerous creative competitions – including Chairman for The Drum Design Awards 2017 – and over 160 creative awards to his name, it came as little surprise that The Drum Designeratti recognised him as one of the UK’s most inspiring and influential designers twice in a row. Along with two talented eyes for creativity and rigorous attention to detail, Spencer is a highly experienced and respected creative leader within the industry with an aptitude for strategic thinking and a wealth of brand knowledge – only rivalled by his ability to rewrite the rules.