Francis Ford Coppola has been a fixture in Hollywood for four decades, earning his first Academy Award in 1969 for best original screenplay along with co-writer Edmund North for Patton. He would go on to more acclaim with The Godfather series of films, but also saw success in other ventures, including hospitality and wineries.

The labels—which took five years to develop—feature a zoetrope from the director’s personal collection. Zoetropes are an animation technique that predates film, and they produce the illusion of movement using a series of still images behind slits. The viewer watches through these slits as movement causes a strobe-like effect.  Superseded by film, the technique is still used occasionally in art installations, train station ads, and vinyl records. 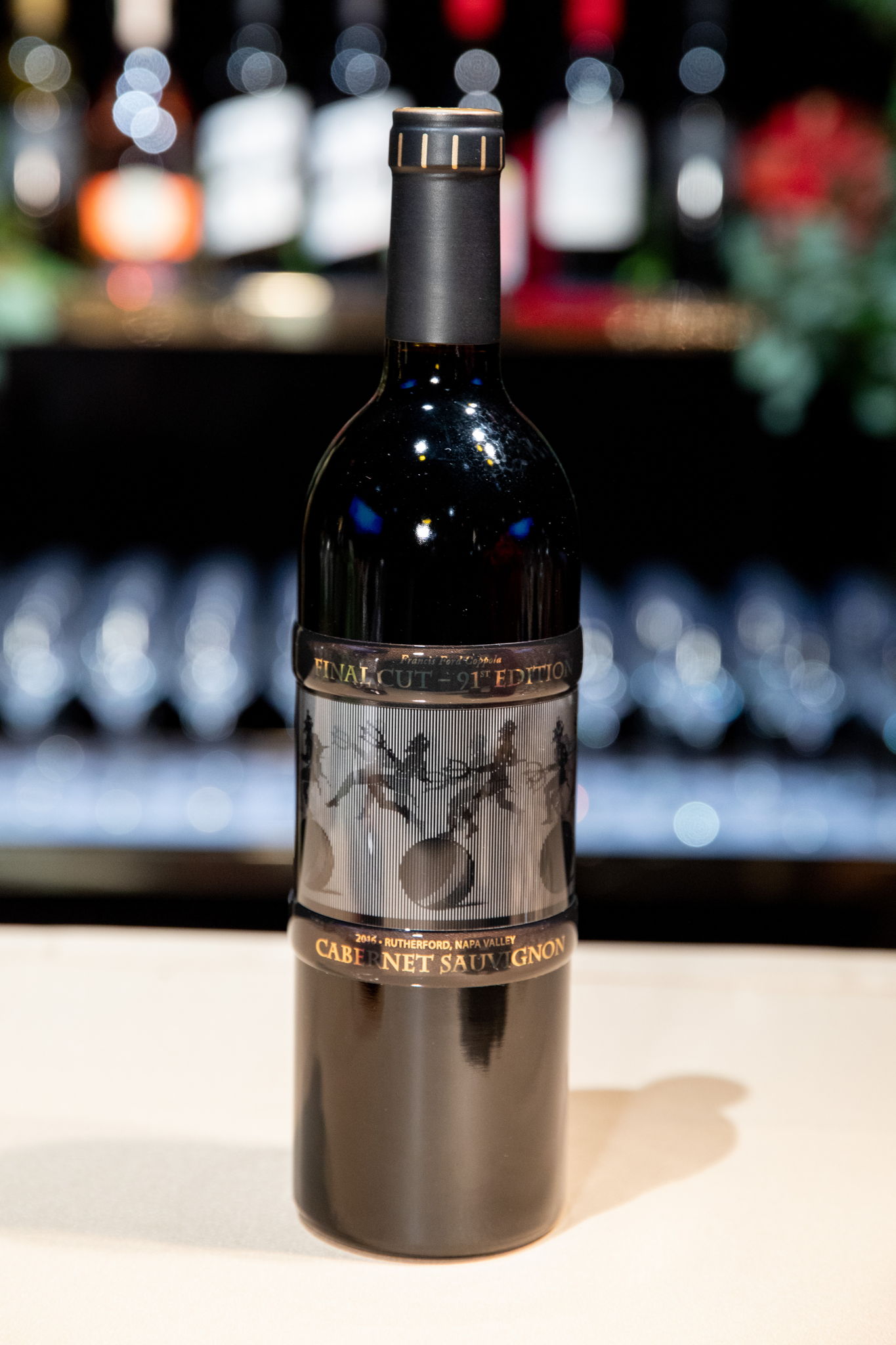 The labels are a natural fit for their bottle design given that Coppola’s studio is named America Zoetrope (formerly Zoetrope Studios).

“These wines are a tribute to Francis Ford Coppola’s love for film and wine,” said Coppola CEO and Chief Winemaker Corey Beck in a press release. “Francis took a risk 40 years ago and purchased a home in wine country where he started making wine. It seems only appropriate that we drew from his passion and bottled the Oscars wines with our revolutionary label that took five years to develop. Featuring a moving Zoetrope, the grapes come from Francis’s estate and the impeccable Dutton Ranch in Sonoma County, both beautiful wines to celebrate the Oscars!”

The Final Cut 91st Edition Russian River Valley 2017 Chardonnay is described as “offering vibrant aromas of pineapple, melon, kumquat, and clove. Full-bodied and broad on the palate, the wine’s lush flavors of apples, lemon cream, cinnamon graham cracker, and smoky bourbon vanilla build before finding a crescendo of crisp mineral notes on the finish.” This Chardonnay is a single vineyard bottling from Dutton Hill Vineyard, located in the Russian River Valley in Sonoma County, CA, an area known for producing expressive, tropical-toned Chardonnays.

3 Core Moments You Need To Implement in Packaging Design