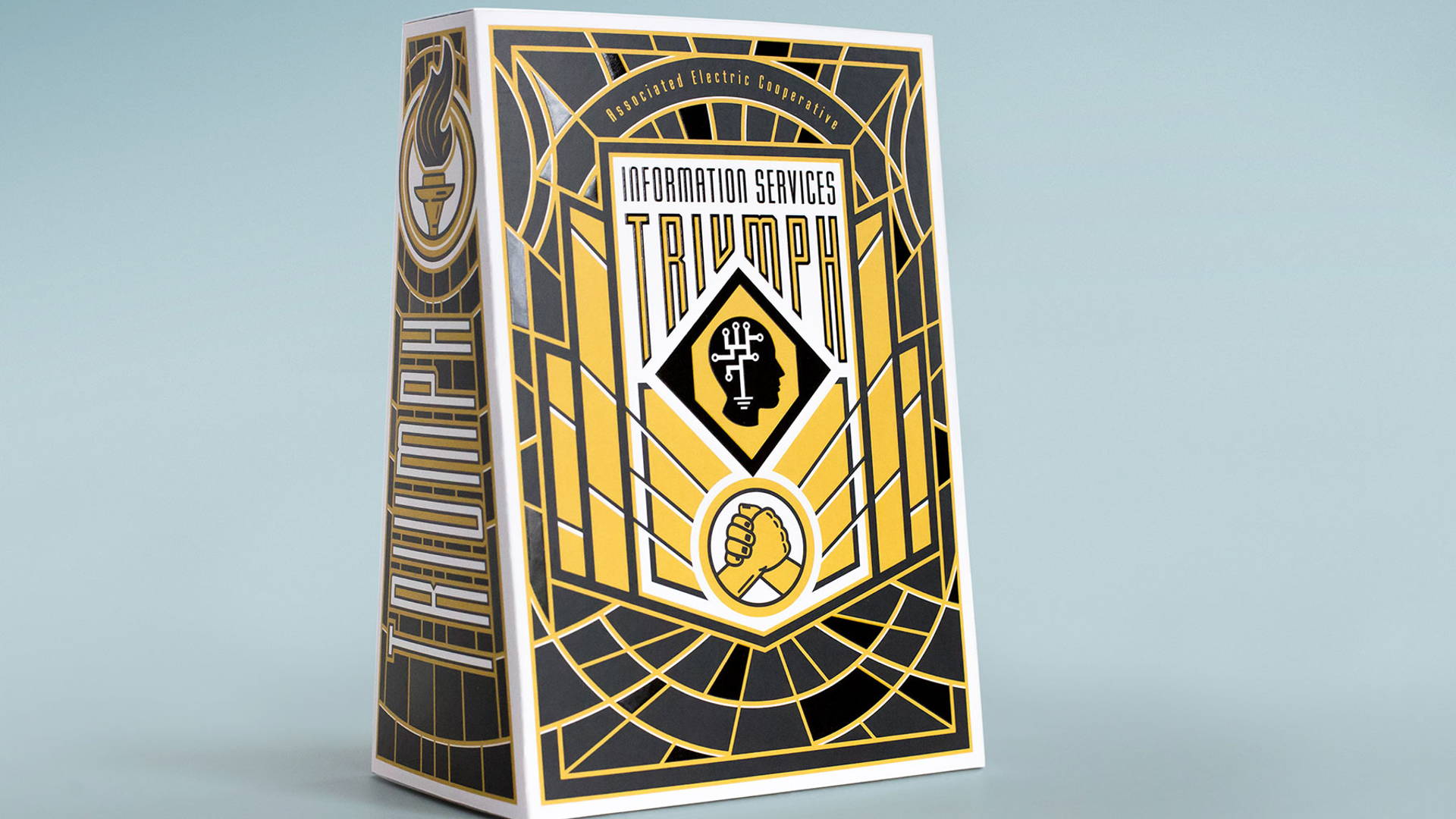 This Award Comes With Beautiful Illustrations That Celebrate "Triumph" 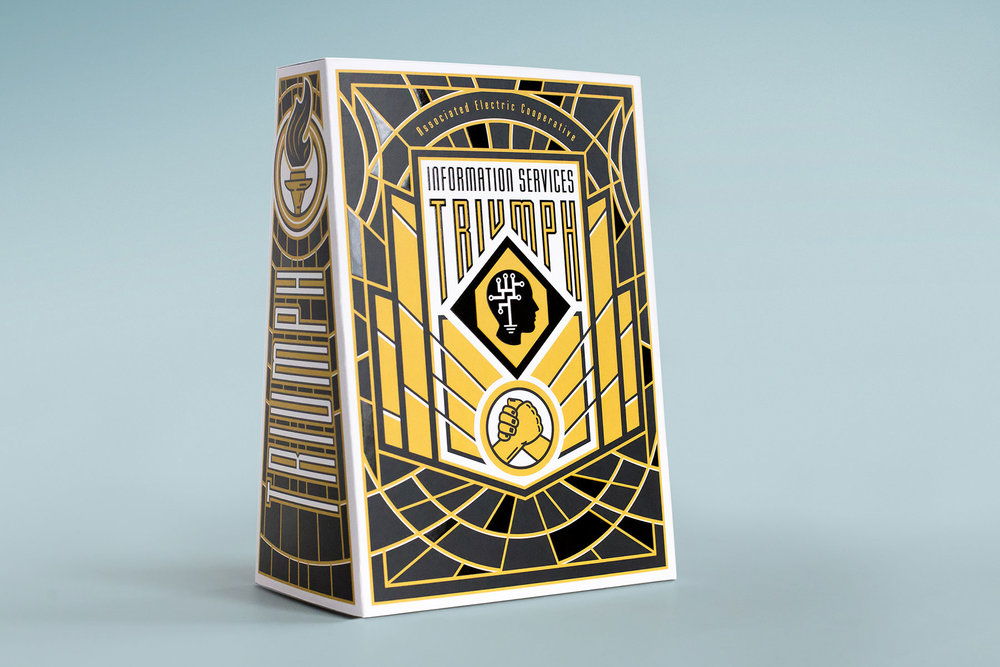 Michael Dockery designed the “Triumph Award,” which is an award given out internally for the Associated Electric Cooperative, a company that aims to provide reliable electricity to its members. The award is a wonderfully illustrated piece that celebrates accomplishment and perserverance in a visually-striking manner.

“The electric utility industry is large and complex, requiring many companies and countless people working in tandem to keep the lights on. Like many such large institutions and the smaller companies within them, it can become easy to focus on getting tasks checked off without celebrating the larger accomplishments and individuals who brought them to reality. Associated Electric Cooperative remedied this with the Triumph award, a way to recognize projects of significant importance to the company and tell the stories of those who lived through it.” 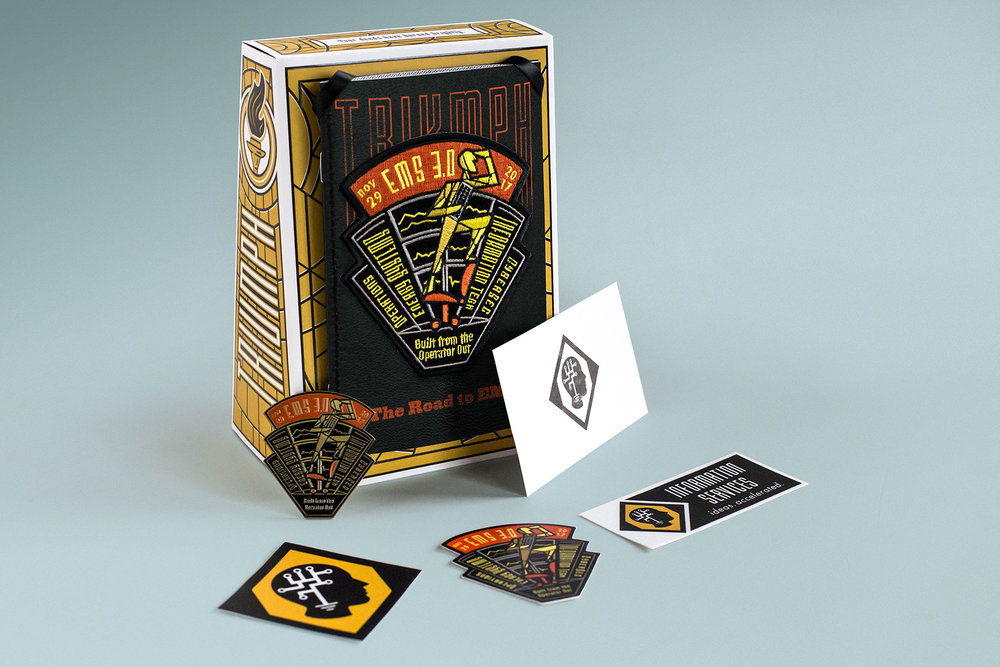 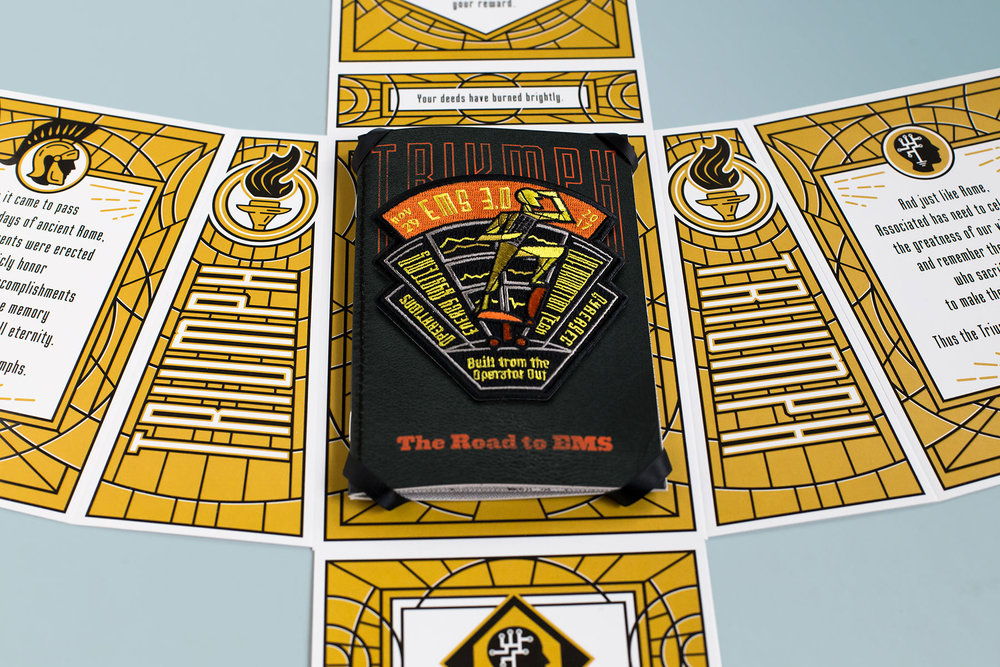 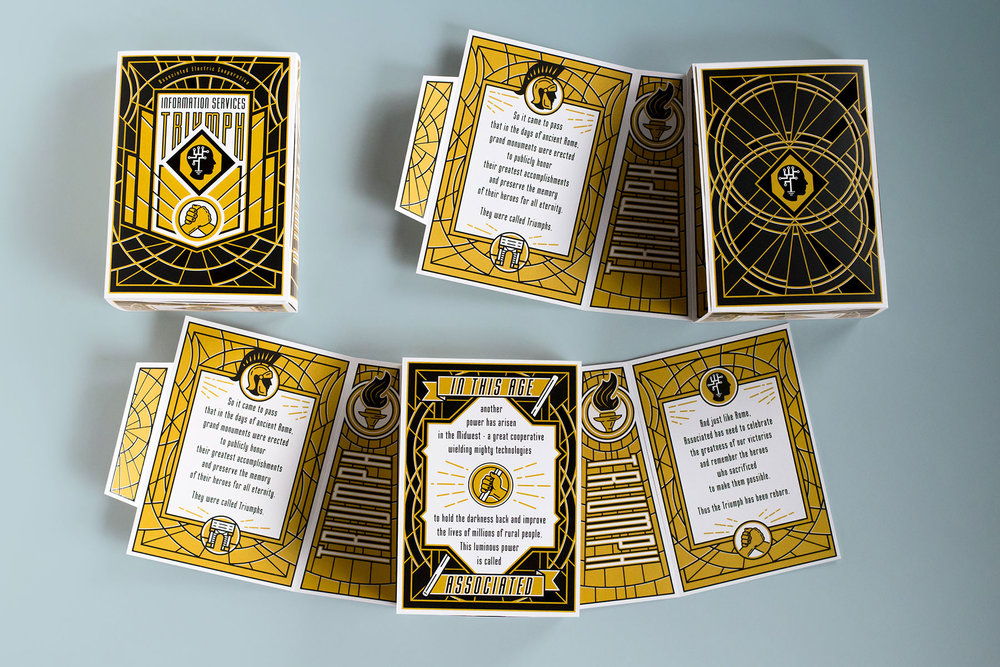 “These awards were to be given out at a ceremony which honored the recipients and needed to make them feel elite upon receiving it, but did not need to follow the same chrome, glass, gold material precedent that often become paperweights.

The final multifunctional piece designed by Michael Dockery (aka Mindprizm) is not only an award, but also engineered to be an experiential display piece. As it is being unfolded, it tells a story that establishes a link with the original Triumph arches from ancient Rome to present day, finally revealing a trove of elements specific to the project.” 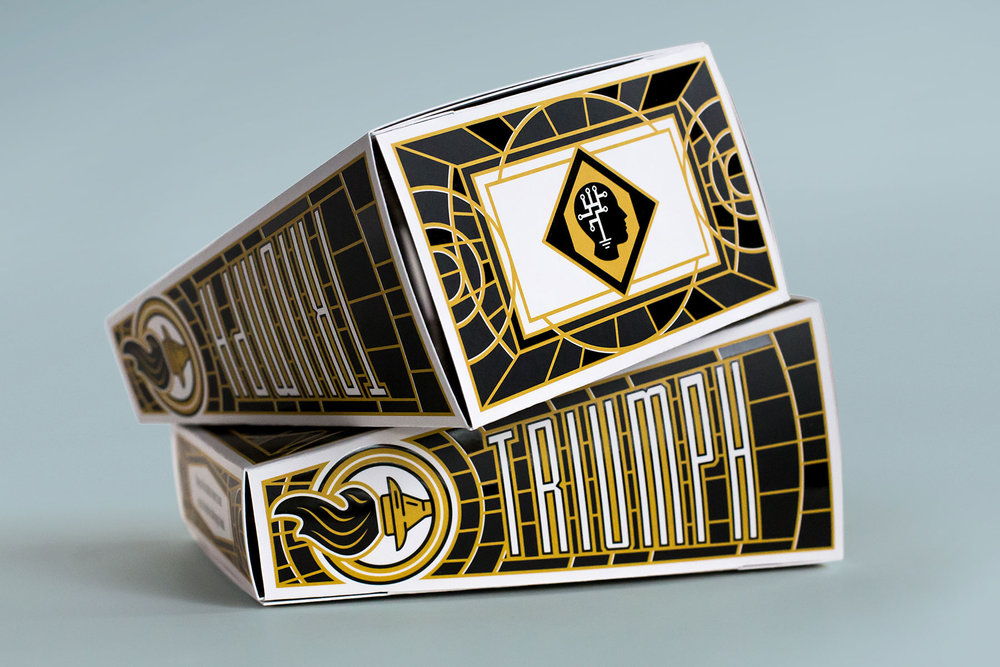 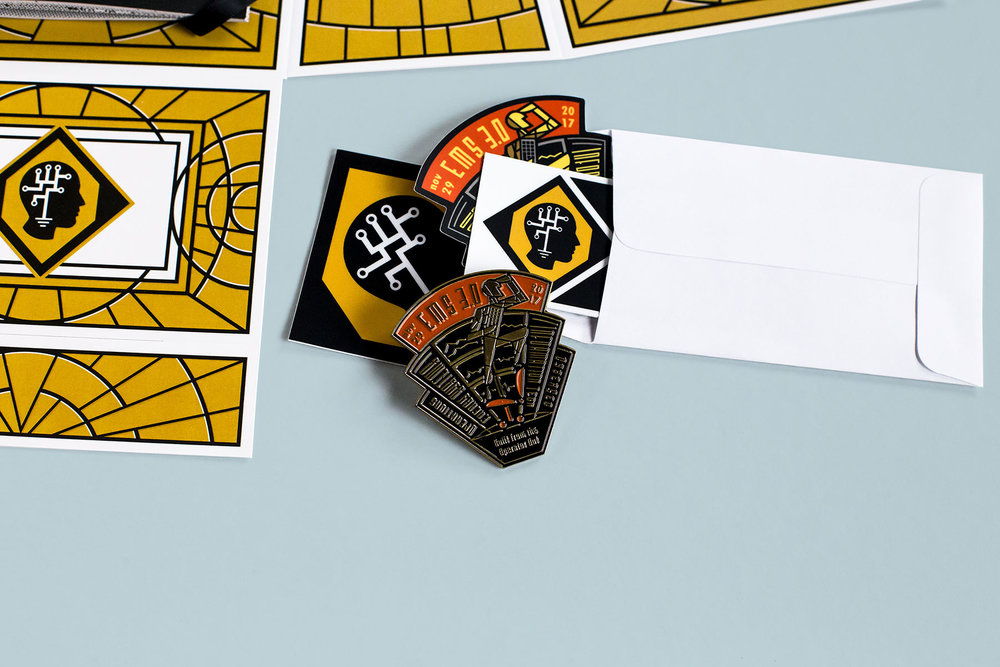 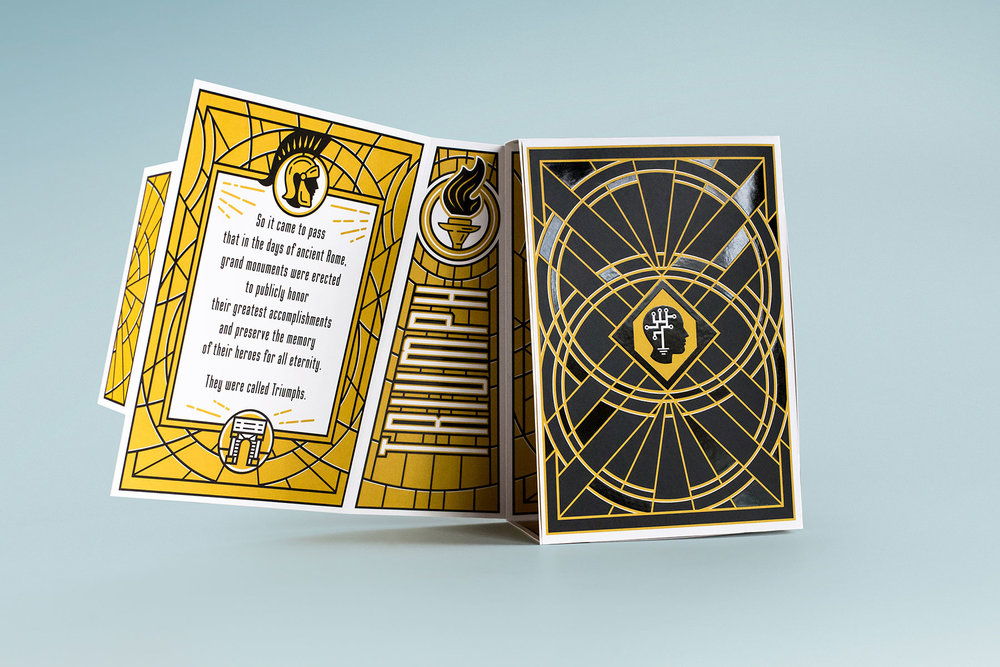 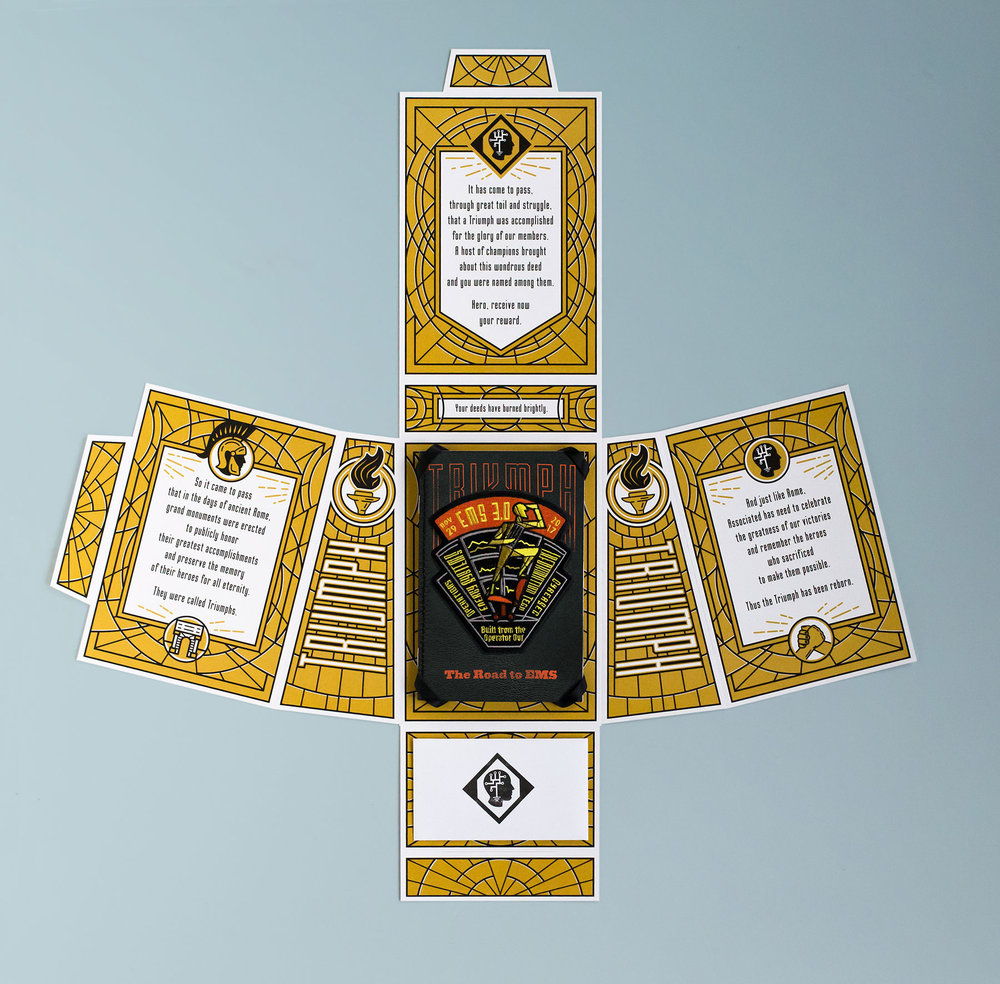 “One such item is a booklet that recounts the entire triumphal tale including the part each recipient played, further instilling a sense of pride and accomplishment. Because this story and the retelling of it is so important, the entire package is further constructed to fold back on itself and display this booklet, giving it the flexibility of customization, so no two Triumphs will look the same.

The design aesthetic is bold and constructed, borrowing elements from the Industrial era and art deco to create an overall sense of constructed grandeur. Linework radiates from important areas, bisected by rippling circles that subtly reinforce the idea that only through interconnected work by many individuals can a Triumph be accomplished.” 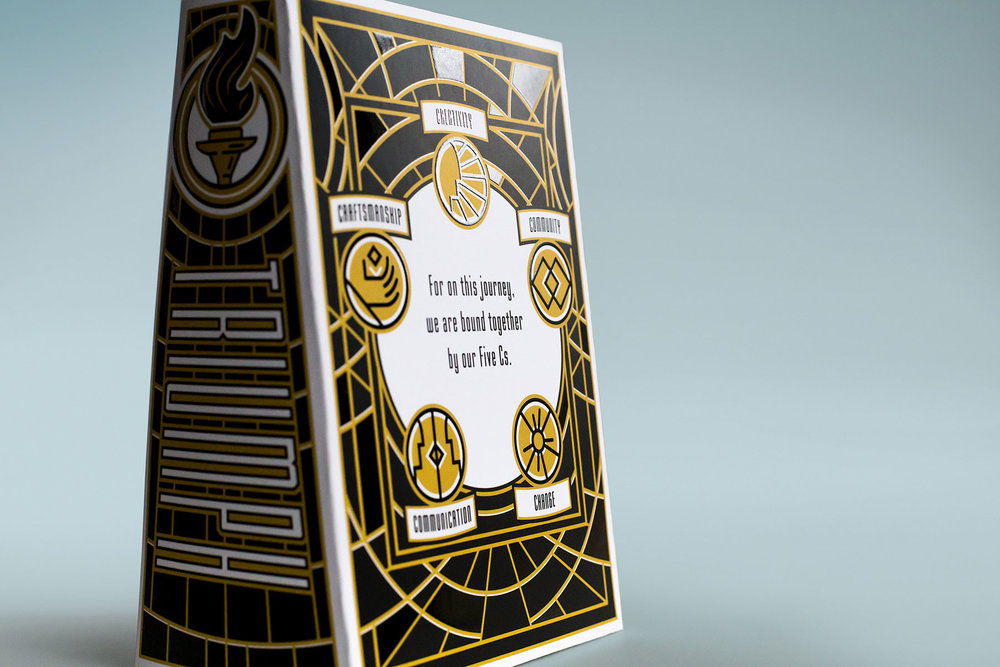 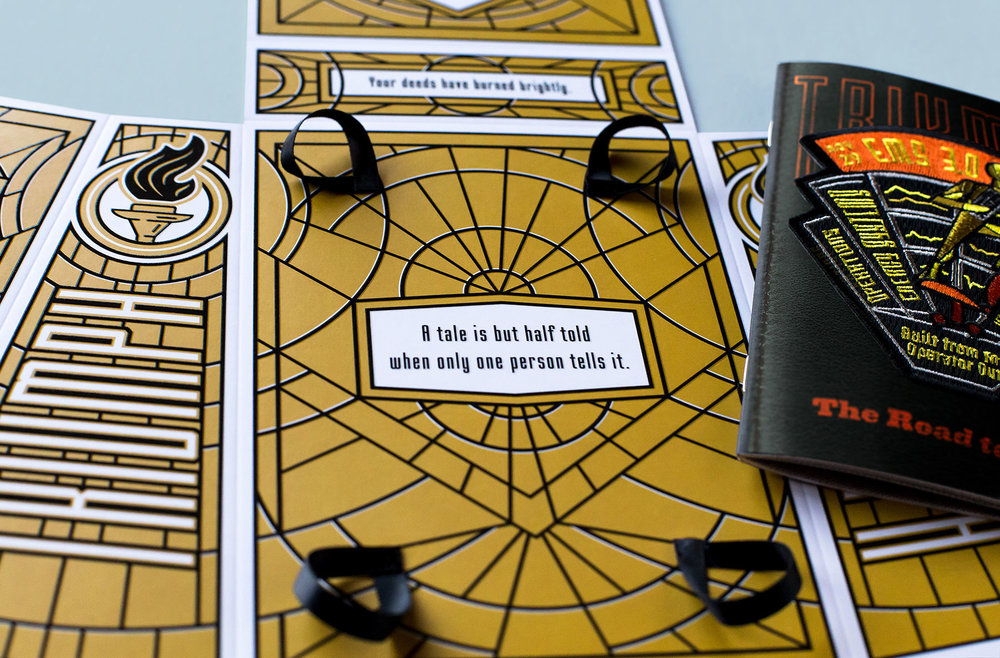 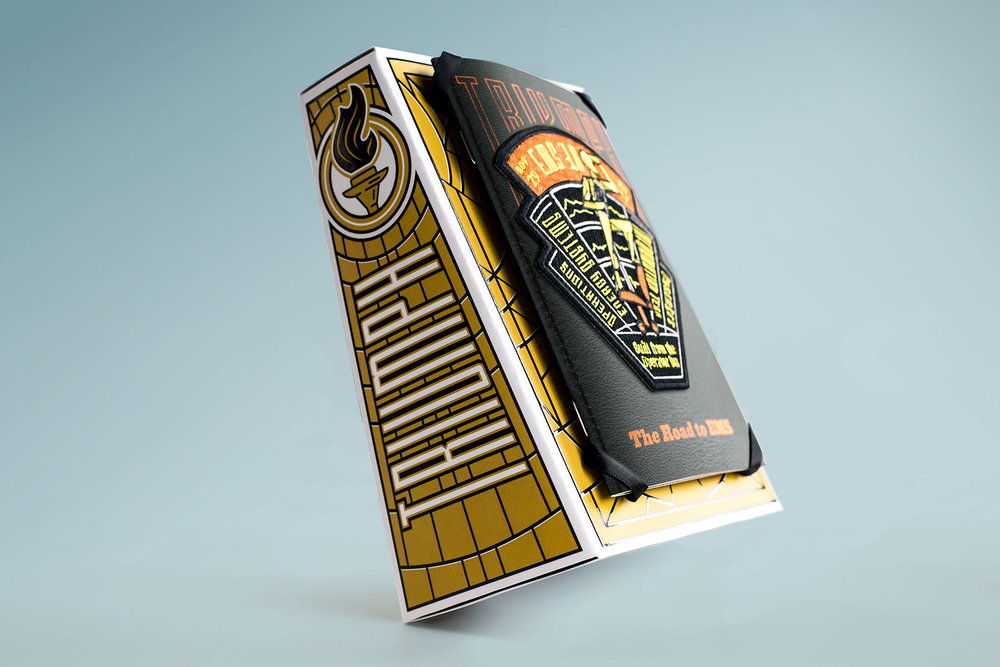 Strawless At McDonald's? Not So Fast.

Sing Gin Aims To Highlight The Natural Beauty of Its Origin