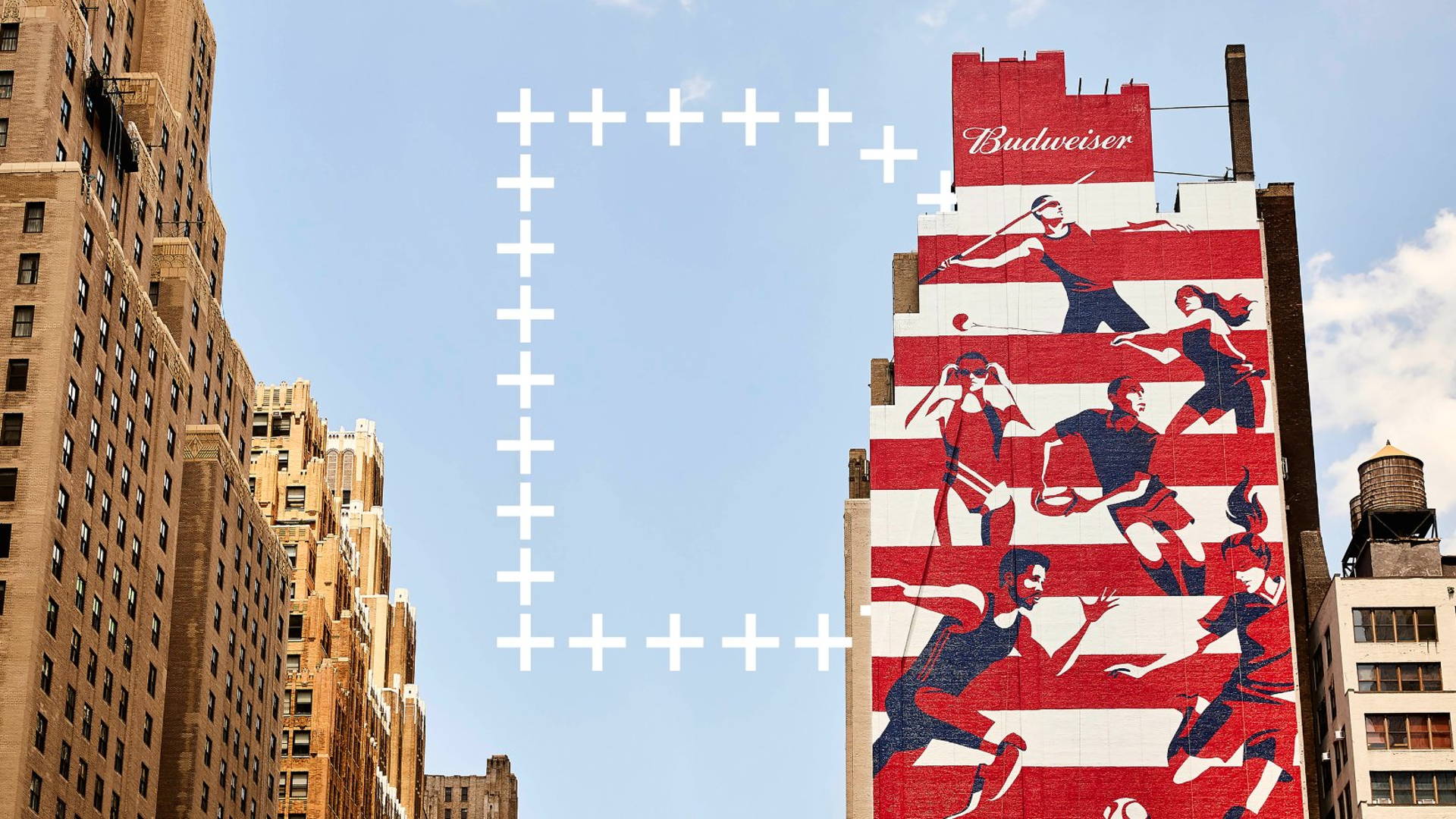 Tosh Hall arrived in New York City the way most young people do: unprepared, inexperienced, and eager to take any job just to get his foot in the door. He'll be the first to admit his portfolio was terrible, and the United States economy wasn't exactly thriving. What's more, he moved there in September of 2001, which was an undeniably rough time to do so.

"I had a little bit of talent," he confessed, "but many people had more talent, better education, and better portfolios than I did."

Tosh became interested in design work in college at the University of North Carolina Chapel Hill. After completing an internship in the art department of a publisher in London, he worked three summers at UNC Printing. While he studied economics and journalism—not the traditional design route—in hindsight he admitted it prepared him for his career in other ways.

"Journalism was great because I had to learn how to tell a story, and that thinking is the way I approach design and approach a problem," he explained. "Economics helped because we are a business and we must work with businesses. As much as I'd like us to be in the arts space, we're in the business space."

He started job-searching in New York with his top picks of design firms. After receiving no offers, he then started applying to any design firm, printer, or job somewhat adjacent to design. He even walked into Kinko's and insisted on getting a job application, despite the clerk informing him multiple times they weren't hiring.

"I burst into tears on 72nd and Broadway," he said. "I felt like New York had broken me."

Of course, as the Global Executive Creative Director of Jones Knowles Ritchie, Tosh can laugh about that moment now. "They weren't hiring anyway, so I threw the application in the trash and was like, 'Fuck you, New York! You're not gonna break me!'" His experience, he explained, goes to show that talent isn't everything.

"I got many opportunities by being tenacious," he mentioned, "and also realizing that some of it is just luck."Working in the production department at Revlon was one of those opportunities, and it gave him plenty of on-the-job learning experiences. "Everything is done there except for television which is done by an ad agency," he explained. "It was all about how to bring something to market, and it was my first experience with packaging, too."

I got many opportunities by being tenacious

Because of this beauty industry experience, he then landed a job at Landor where he worked for seven years (it was, funny enough, his second choice design firm when he initially moved to New York). "Landor was kind of like getting an MBA in branding," Tosh added.

He admitted that before he got there, he didn't understand branding really; instead, he was focused only on achieving some kind of aesthetic. "But I had to learn how to take a brand's equities and manage them in a way they can evolve without changing too much and make them relevant," he said. "I came from doing cosmetics and fragrances, so I wanted to turn every liquor bottle I worked on into a fragrance. I learned that if you're doing tequila, it has to feel like tequila. There are certain expectations."

Picasso once said, "Learn the rules like a pro so you can break them like an artist," and Tosh credited his time at Landor as a crash course in learning the rules.

After seven years there, he worked briefly at Hall in San Francisco until ending up where he is now at JKR, and he couldn't be more excited with where the agency, and the design industry as a whole, is headed.

"This sounds silly, but design's time is now," he stated. "Design used to be seen as the finishing touches or decoration, but now everyone has design thinking in their consultancies. People can see the impact it has on a corporation."

Years ago, a design may have focused solely on packaging, but today JKR works with brands both big and small, tackling it all—brand idea, strategy, naming, identity, and yes, packaging. Their client roster includes Budweiser, Domino's, and Dunkin' Donuts, and they have offices around the world (including London, New York, Singapore, and Shanghai). Oh, and we'd be remiss not to mention that they've won more Dieline Awards than any other agency in the history of the competition.

Design used to be seen as the finishing touches or decoration, but now everyone has design thinking in their consultancies. People can see the impact it has on a corporation.

But Tosh’s favorite part about the job isn’t the accolades. It’s simpler than that: getting to sit down with people and coming up with an idea. “That’s the best,” he gushed. “Everyone knows it when they have it. You get that feeling like, ‘Oh shit, that’s it,’ and your hairs stand up. You feel it, and it’s something we chase our whole careers.”

And careers, he added, are a long-term thing—something which crying-on-the-corner-of-72nd-and-Broadway Tosh didn’t understand. There’s the urge to accomplish it all right out of college, but it’s far more reasonable to build upon successes. He said it’s best to make the most out of the opportunities that do come along, work with good people, and to stop and enjoy it along the way.

“It doesn’t matter what direction you’re moving in as long as you’re moving,” Tosh added. “Try things, do stuff, and have experiences.”