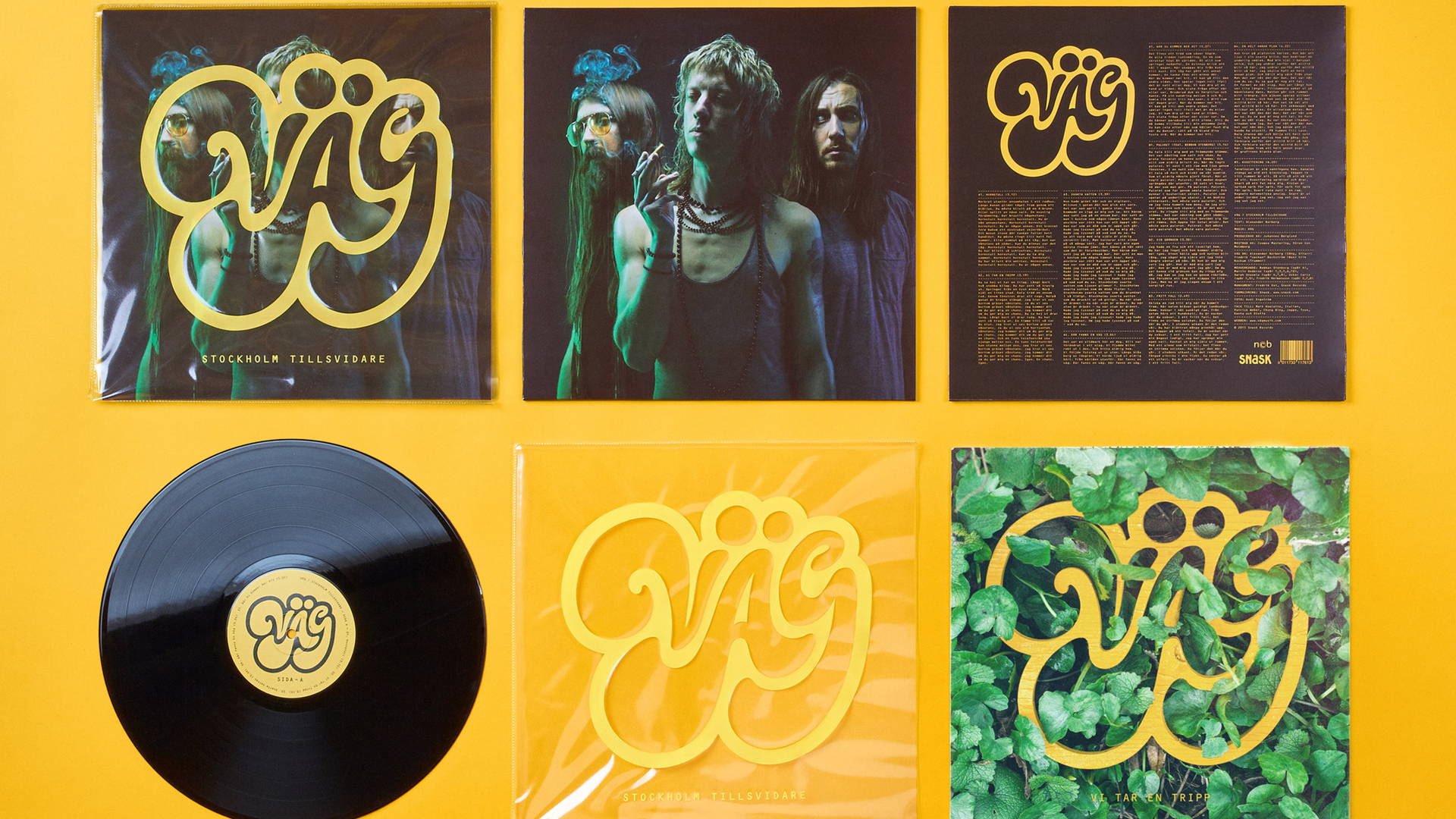 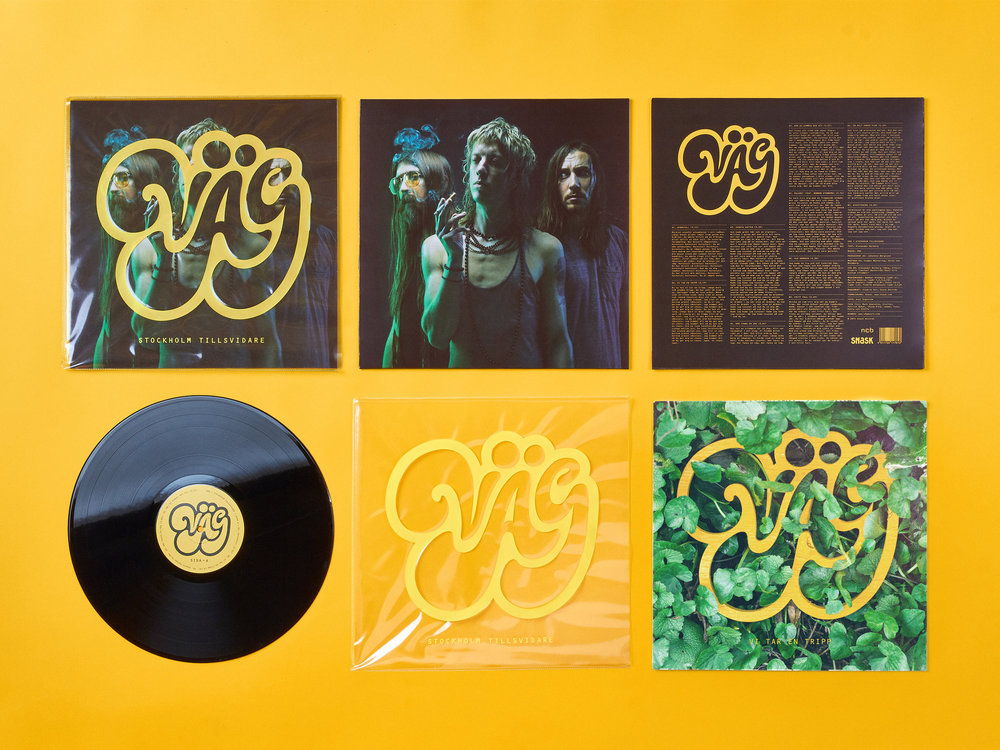 Yes, their name is VÄG, and yes, they know what it means. But in Swedish, VÄG means road, which is the former name of this psychedelic rock band. Their double entendre name appears on band swag (most popularly on their t-shirts), and a gritty 70s sound was Snask’s inspiration for the logotype, identity, and album cover of their latest release. 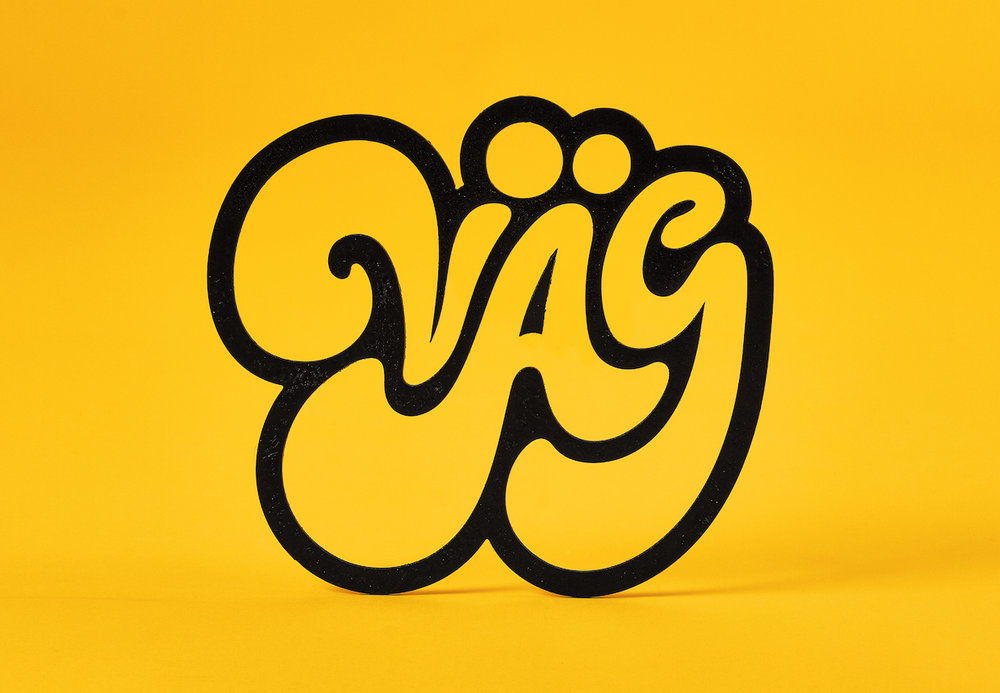 “Here's our latest case for the rock band VÄG. Yeah, I know it's short for Vagina but that was never our intention when we renamed them. Their initial name was Road, after hiring the famous producer Johannes Berglund he changed them into singing in Swedish. So we just translated their name to VÄG, which means Road in Swedish. T-shirt sales skyrocketed when people came by our studio just to get a chance to buy t-shirts with the VÄG-logotype on the chest.” 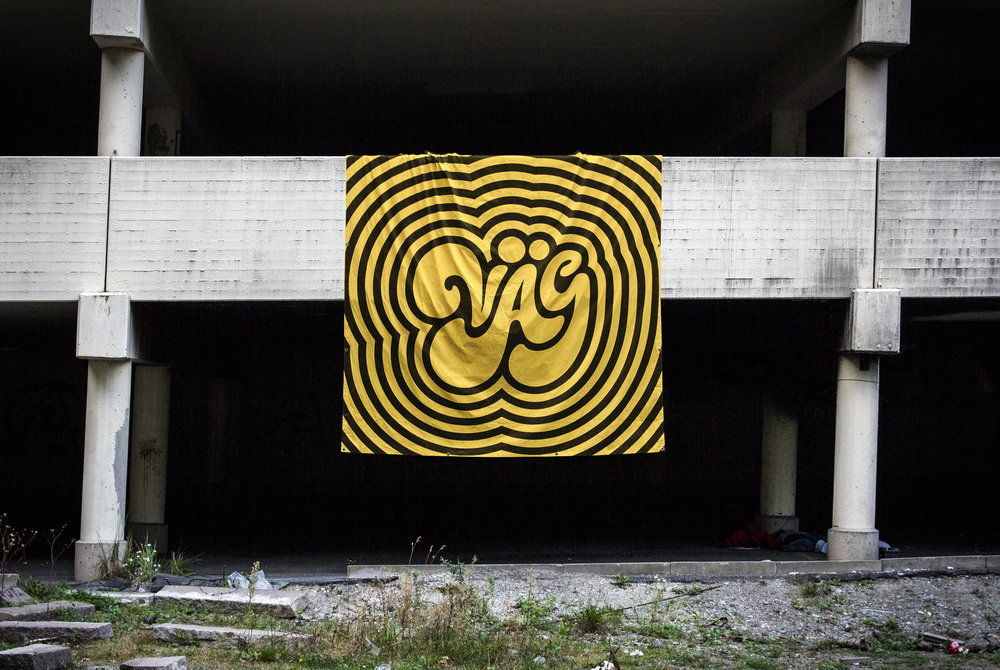 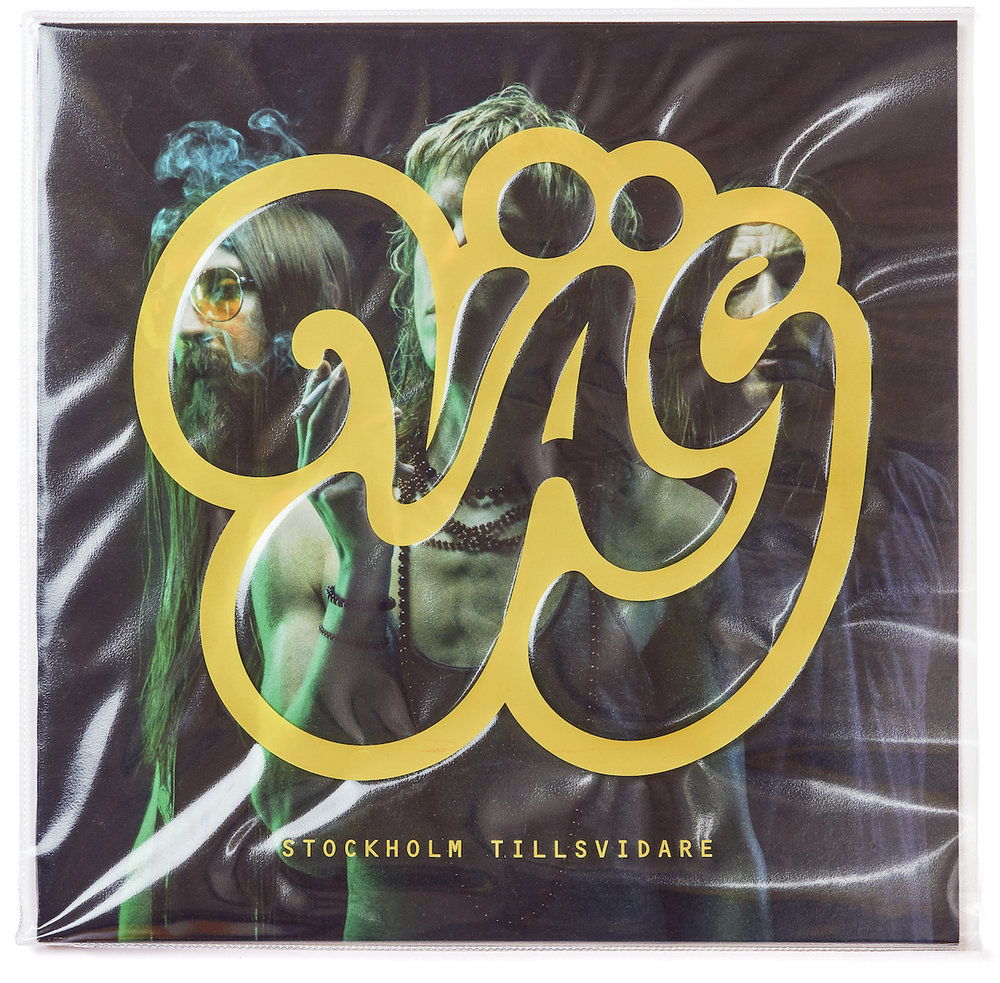 “Here's further background: The singer in a rock band sold his band to Snask at 04.30 at an afterparty for $3.000 with the condition that we could change the band name as well as their style of music. The day after the singer changed his mind but we had his signature in blood. But just to be fair we decided to start a record label (Snask Recordings) and sign them with the same conditions. We changed their name to Road and their style of music to 70's psychedelic rock'n'roll. We then contracted one of Sweden's best producers, Johannes Berglund, who changed them into singing in Swedish. So we just translated the name to Swedish, which becomes VÄG (Road). No, we never had any thought that it is short for Vagina to the rest of the world.”

“We wanted dig deep into a 70's visual style and went all in on a classic flower power logotype. The logotype was developed into a psychedelic pattern/animation that was used for backdrops and screenings in live shows. Väg has now played gigs in France, Slovakia, UK, South Africa, Spain, Germany, USA and Switzerland.”

The bubbly letters that make up the VÄG name instantly capture the vibe of the 70s—a time that was exciting, sexy, and free. It also seems to morph and change shape by merely looking at it, which is a perfect companion for psychedelic rock. A golden yellow feels sunny and bright which is juxtaposed with the grungy images of the band and their rock’n’roll sound. 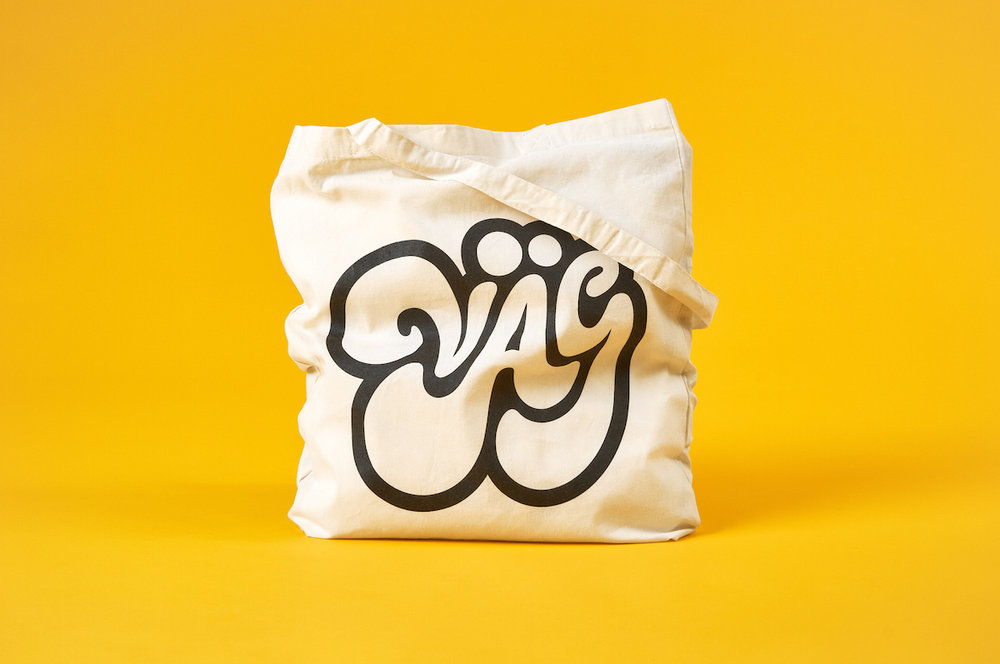 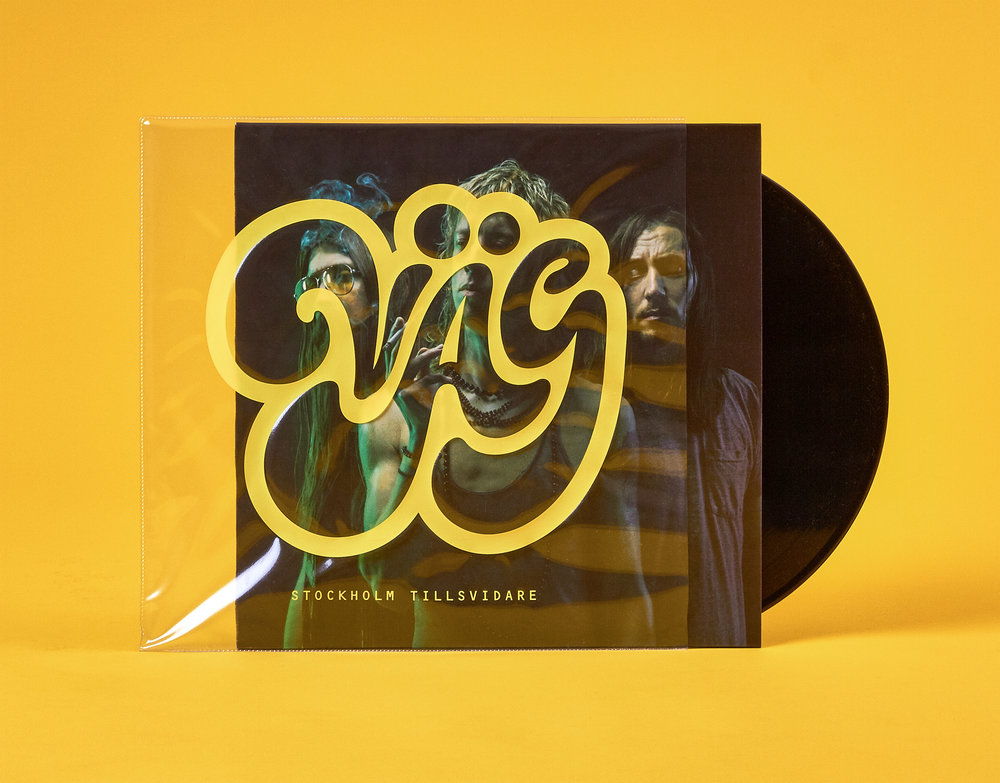