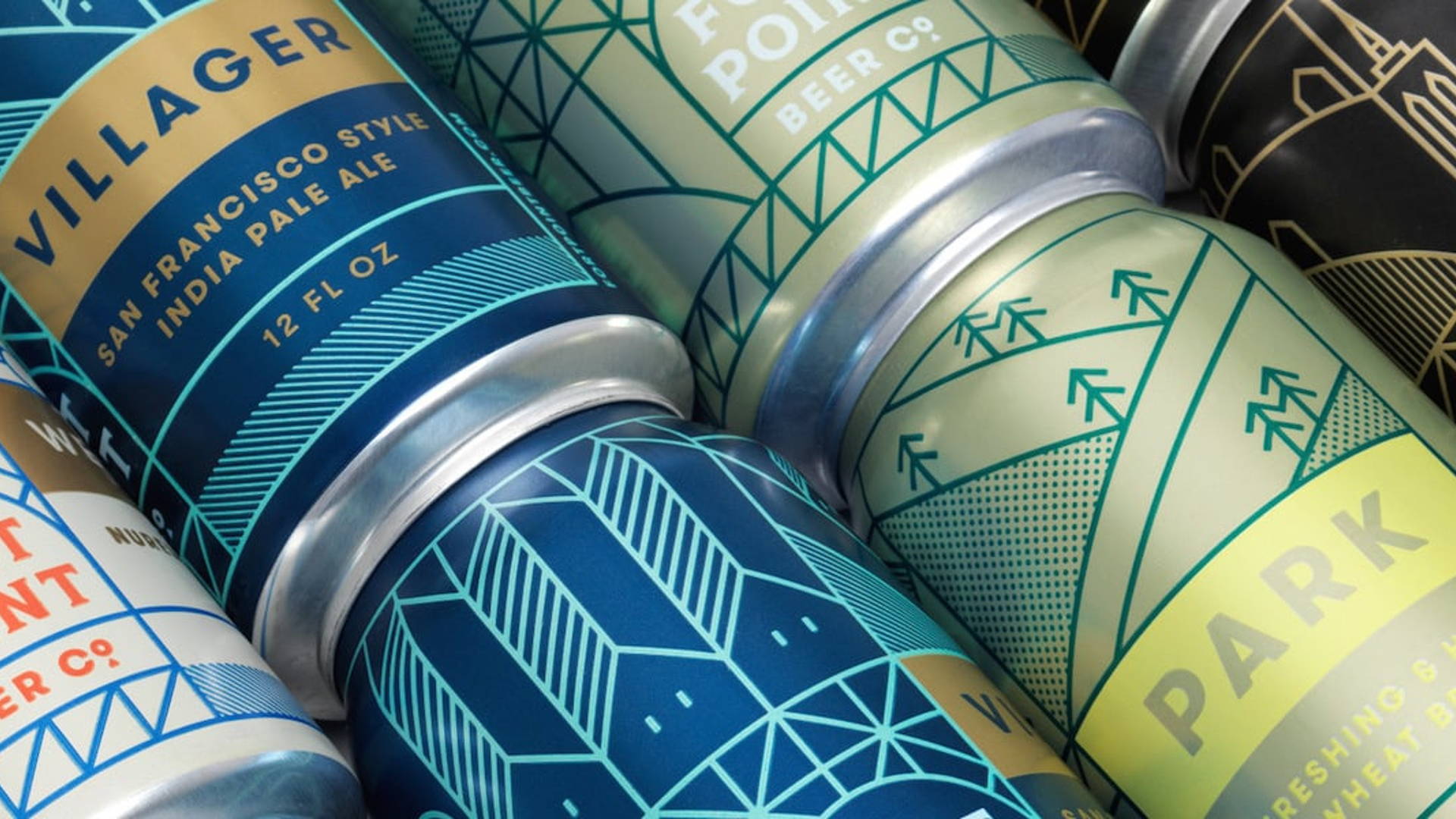 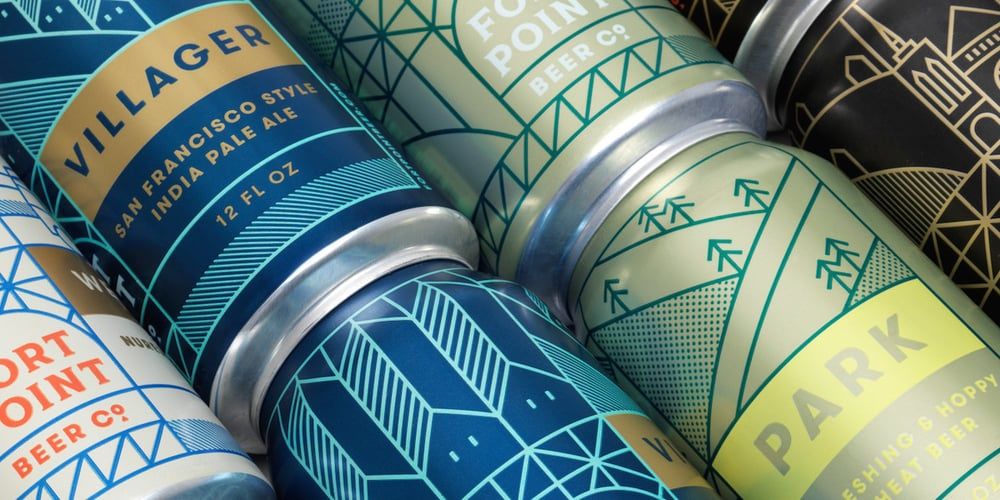 If you’ve ever left your heart in San Francisco, then get ready to swoon. Manual has designed Fort Point’s craft beer by including iconic San Francisco locations in the branding and packaging. Enjoy the Golden Gate Bridge, Sutro Tower, and the beauty of Golden Gate Park simply by cracking open a delicious brew. 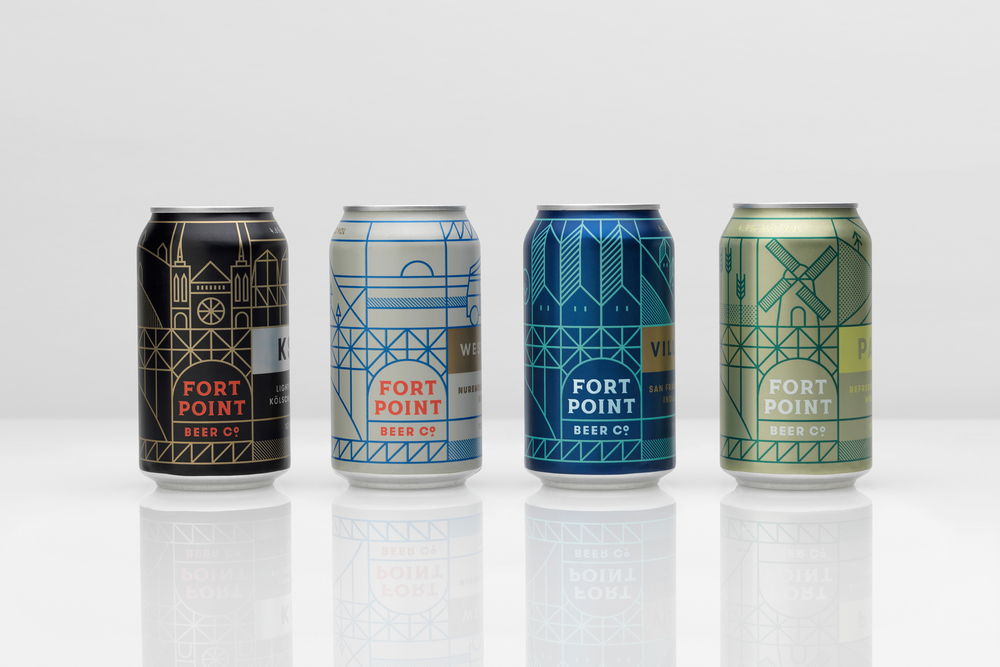 “As San Francisco’s fastest growing craft brewery, Fort Point creates balanced, thoughtful beers that reference traditional styles, but are by no means bound to them. The brewery resides in a historic Presidio building that was formerly used as an Army motor pool. Their iconic location—close to both the Golden Gate Bridge and the Fort Point National Historic Site—provided inspiration for a modular, illustrative brand identity. In packaging, the illustration incorporates elements of city landmarks and Bay Area culture to create a unique and authentic sense of place. The result is a brand that locals can identify with and, as Fort Point grows and becomes available throughout the nation, can be regarded as the new San Francisco craft beer.” 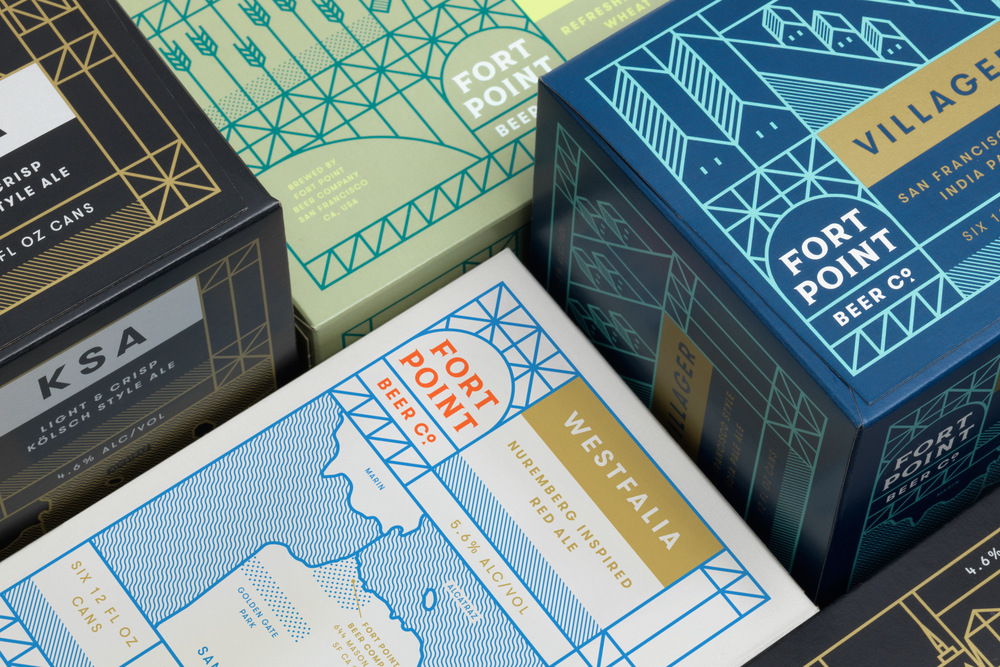 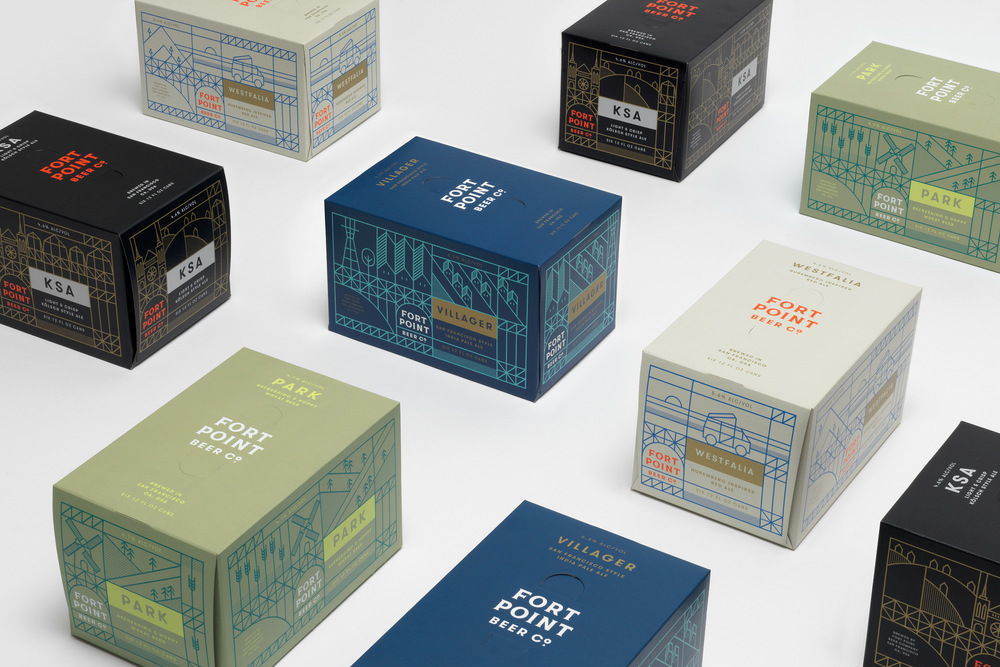 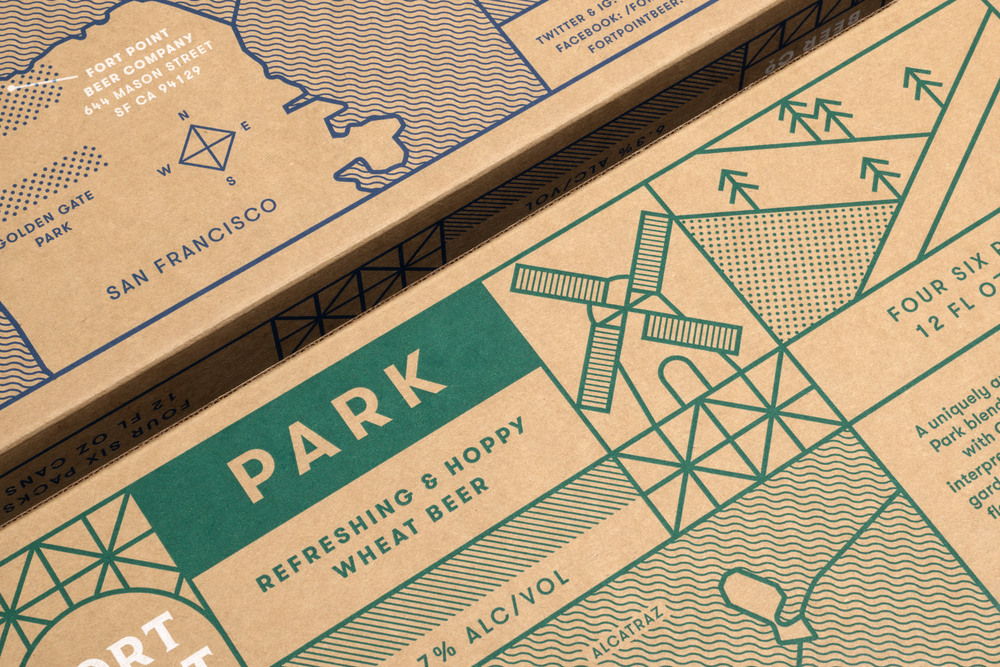 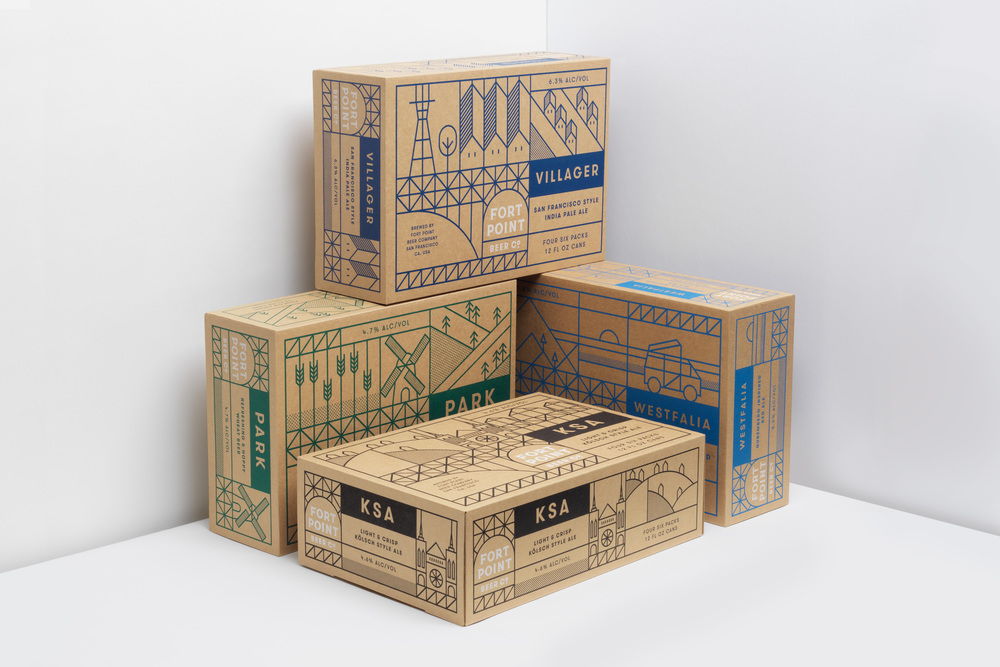 Because of Fort Point’s unique location, using the backdrop of the city by the bay emphasizes the pride they feel in their city as well as their brewery. The images and locations are presented in a fresh way, though—one may not instantly recognize the Dutch windmills from Golden Gate Park, for example, but this allows for a bit of discover on the buyer’s part. The illustration style relies on a geometric aesthetic, using lines to create shapes and depth. It’s a creative homage to the city Fort Point Beer Company calls home and also promotes a sense of purity in their beer offerings. 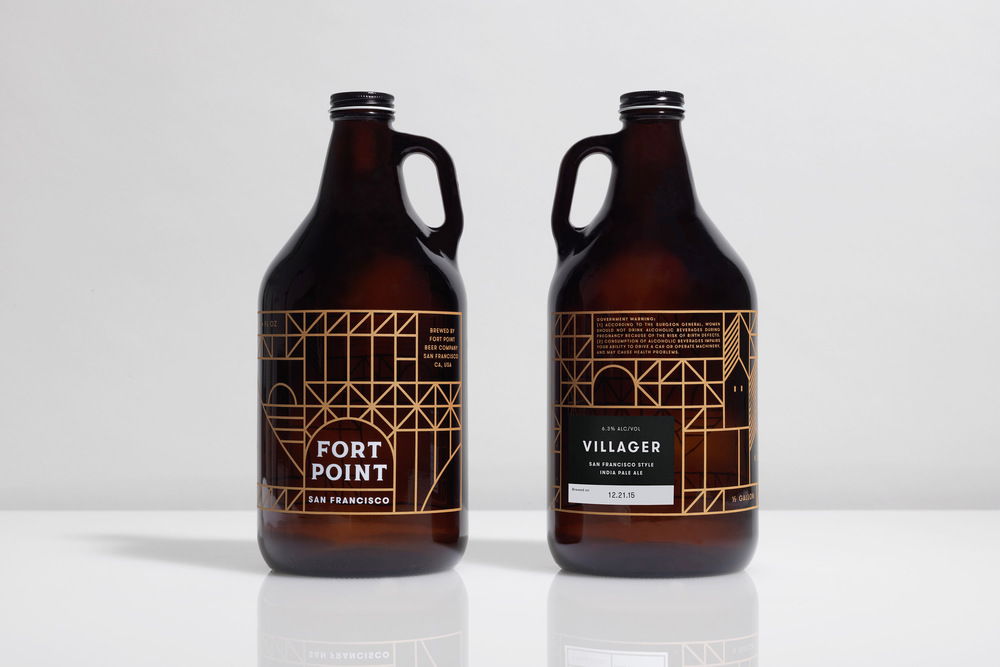 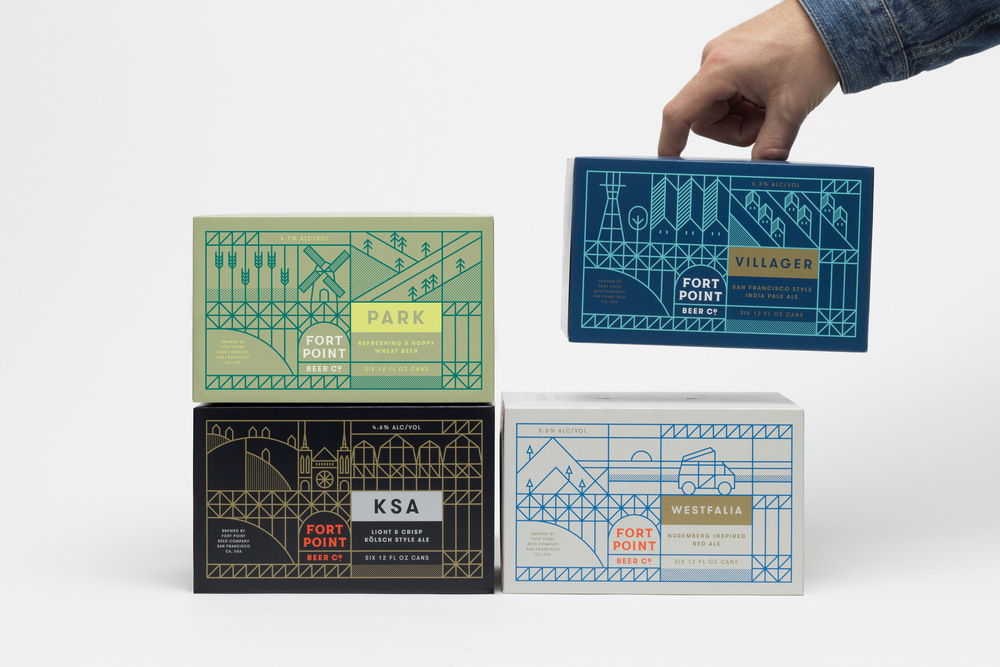 Have you met our Jury?