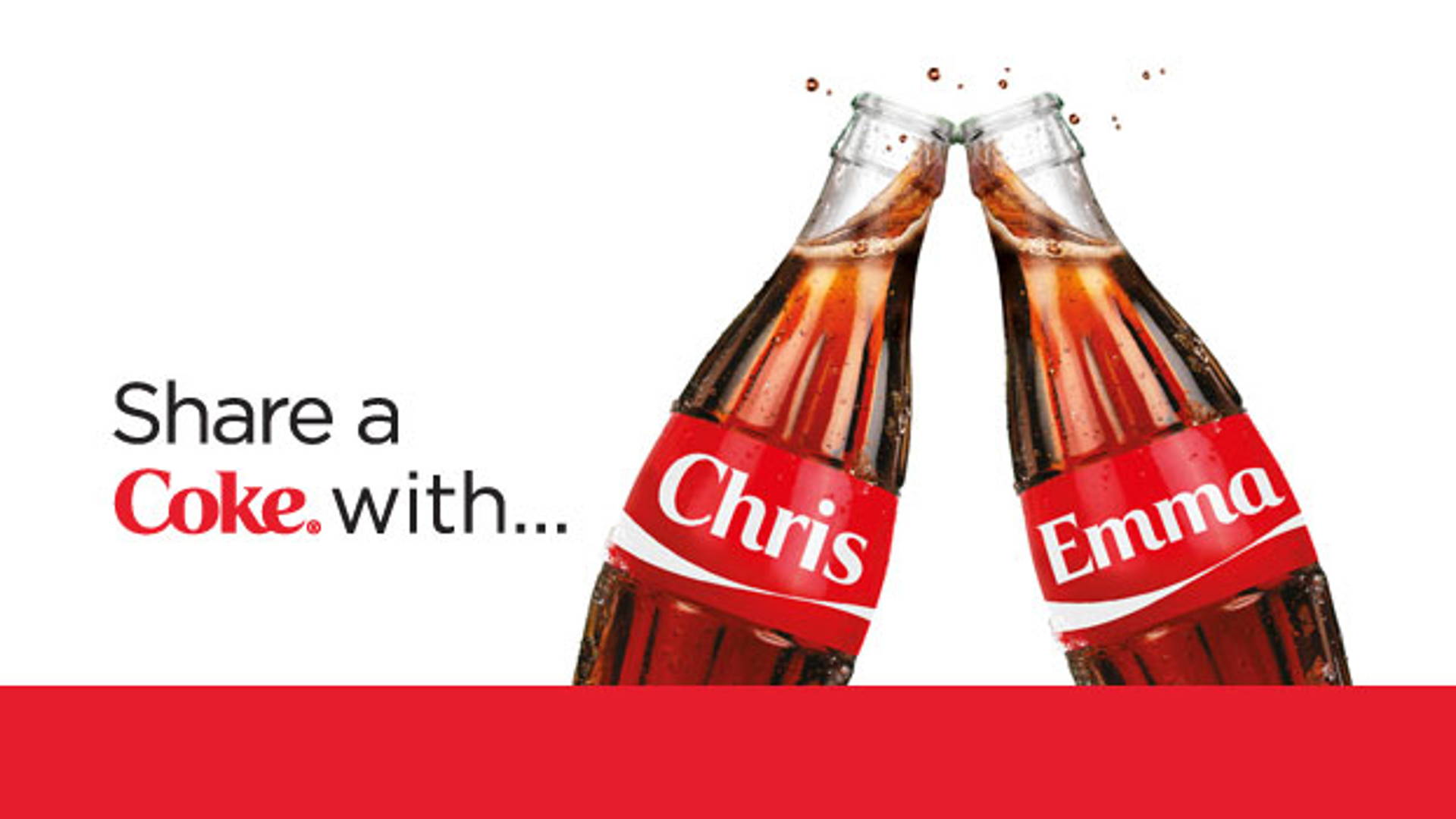 A Coke by Any Other Name... 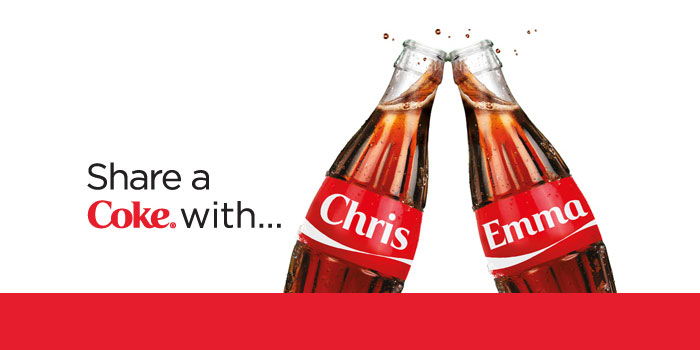 What’s in a name? that which we call a Coke. By any other name would taste as sweet.

Ok, I doubt Coca-Cola was inspired by Shakespeare for their most recent campaign for the European market, but I just couldn't help it. After the success of the ‘Share a Coke’ campaign down under last year, Coca-Cola launched a similar Campaign in Europe, swapping their brand name for consumers on their product. "For the first time in the UK, 150 of the most popular names will be stocked on shelves across the country, with names ranging from Aaron to Zoe. The campaign will run across individual 375ml and 500ml bottles of Coke, Diet Coke and Coke Zero. There are no plans to branch it out to other Coke-owned brands such as Powerade."

Coca-Cola hopes to also engage with those who can’t find their name on a coke by allowing people to head over to their campaign site where consumers will be given the chance to create their own personalized Coca-Cola cans to share with friends.

"We are delighted to be launching the Share a Coke campaign, which sees the iconic Coca-Cola script transformed and personalized for our consumers for the first time in our history. We understand the value of offering consumers an authentic and personal brand experience, which is why we are inviting the public to have fun finding the names on our products and taking the time to Share a Coke with their friends and loved ones, both in-store and online" Jon Woods, Managing Director for Coca-Cola Great Britain

The integrated campaign will also be supported by outdoor advertising activity and digital promotion through social media channels. Further activity around Share a Coke will also be announced later in the summer.

For our UK and Australian dieliners out there, have you seen this campaign? What do you think? Do you have a coke bottle with your name on it? Share with us! 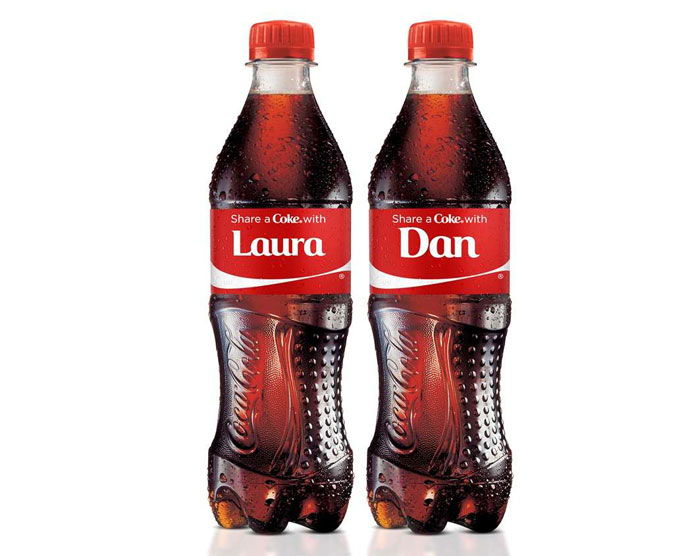 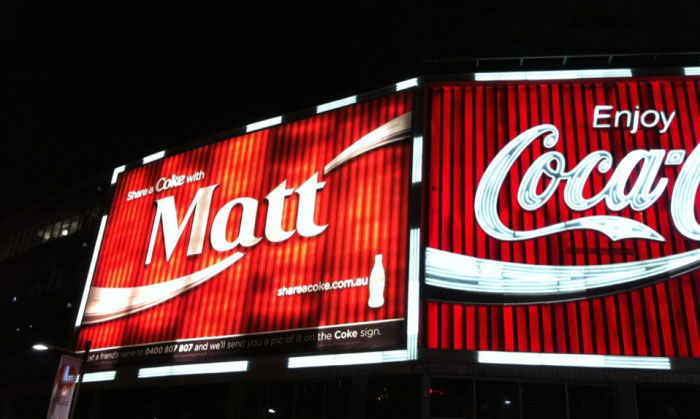