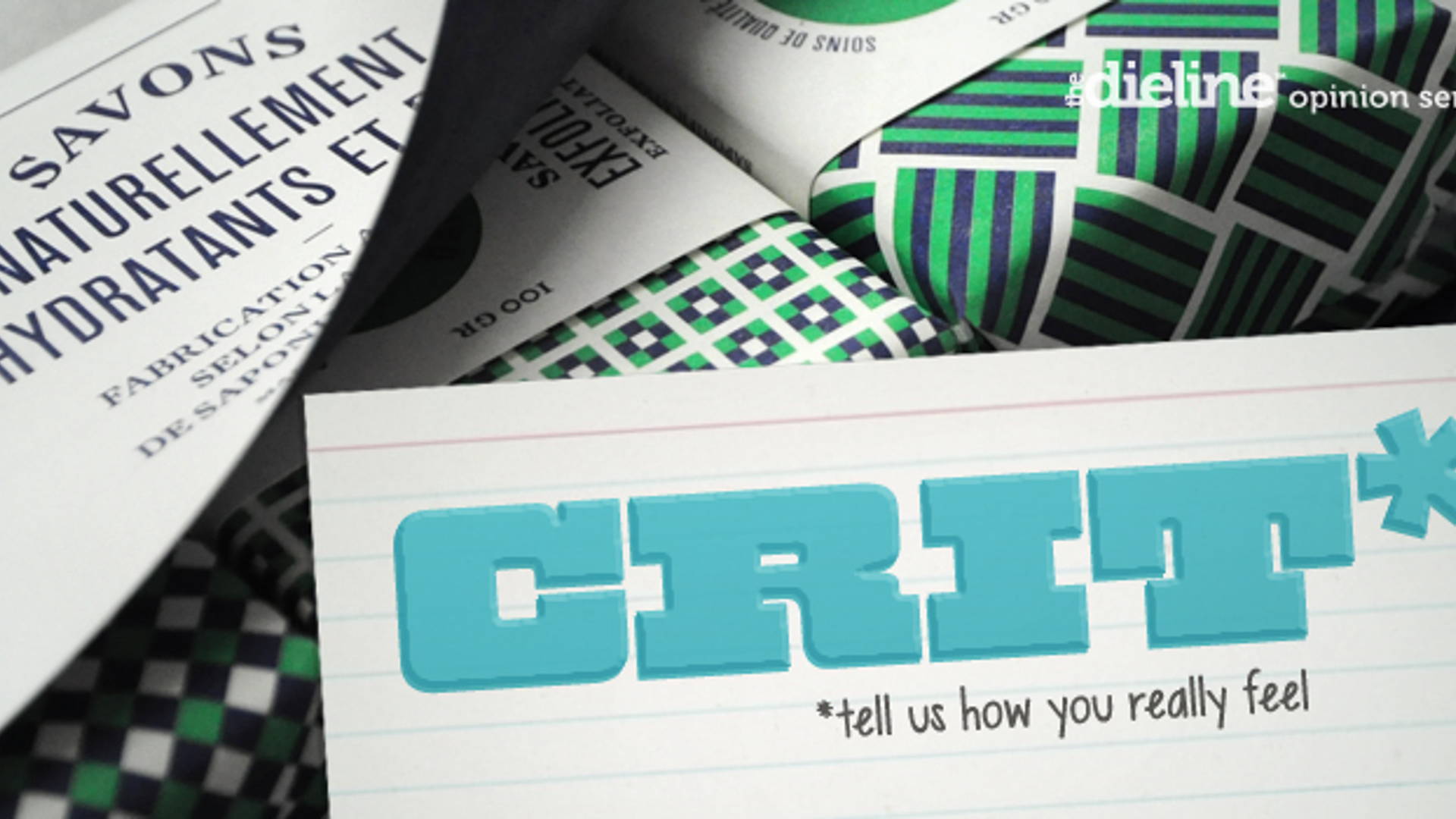 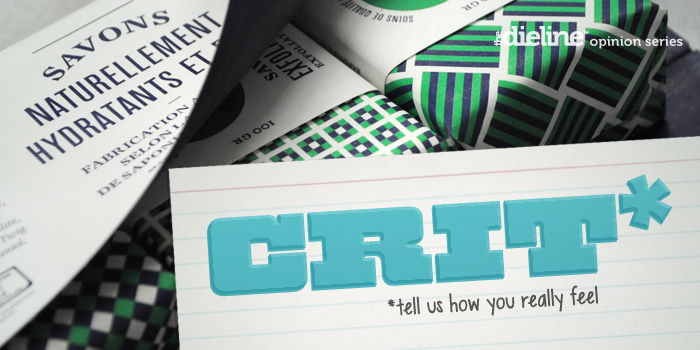 Le Baigneur is a French male grooming brand that aims to combine ‘efficiency and traditional know-how’ with an organic and locally sourced philosophy. Their first range, a line of three soaps made in Corrèze by craftsmen using traditional cold process soap making methods, are wrapped in a packaging solution, created by Paris-based duo Lea Chapon and Mytil Ducomet of design studio Müesli - also responsible for Le Baigneur’s visual identity - that captures the product’s crafted nature and the brand’s traditional values through geometric pattern work filled with a bright but economical two tone colour palette executed across folded and uncoated materials.

The pattern work delivers the packaging’s most communicative qualities through a structure that appears to draw reference from the tiled and mosaic flooring of barbers shops and health spas of the late 19th century, a period of traditional values, local industry, hygiene and what might be perceived as the era of the gentleman, ideas that have a distinctive appeal to the cosmopolitan man. The reoccurring nature and geometric simplicity of these patterns also resonate well with the themes of daily routine and efficiency while juxtaposing its small detail across, and making the most of, the tall flat walls and block cut nature of the soap.

In contrast, Le Baigneur’s visual identity, based around a very simple bust, offers a more organic contrast and quirky character through its rudimental rendering. Compounding the qualities of an ancient Roman coin, the simplicity of early branding and a subtle contemporary pop art sensibility in its colouring, it appears proud and distinguished but in a slightly nonsensical way. There is a lack of what might be described as corporate polish which really enhances its craft industry origins and locally sourced ingredients. 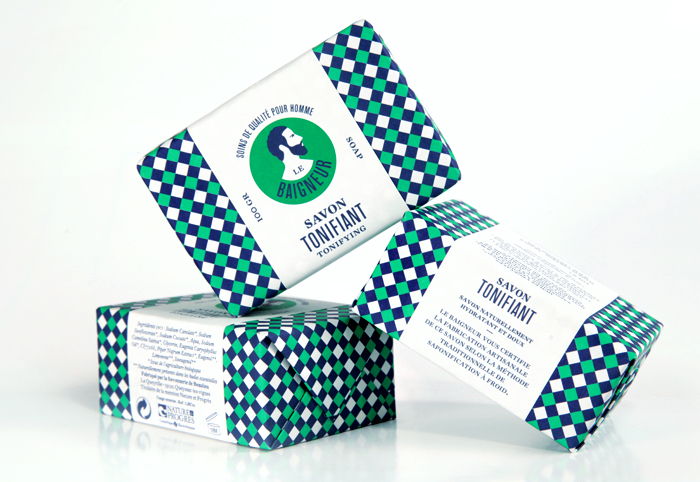 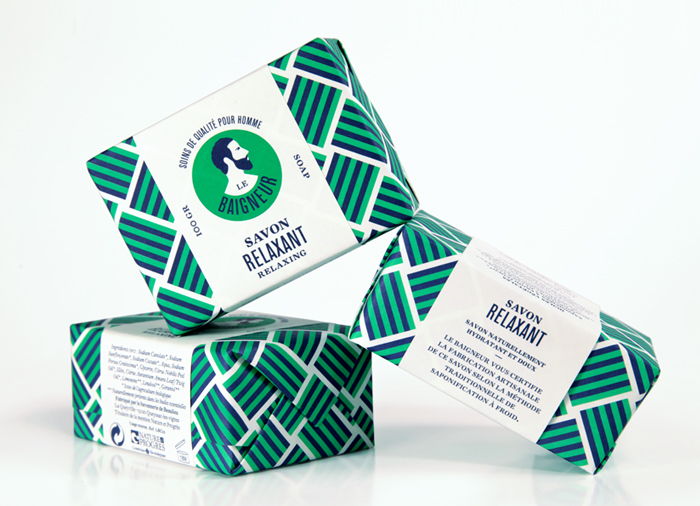 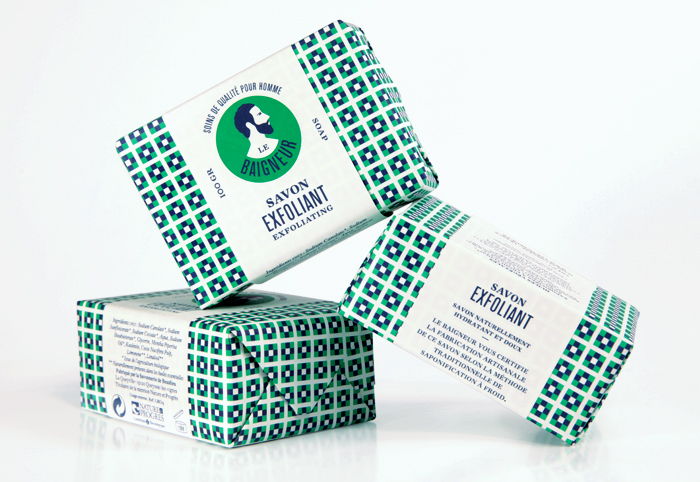 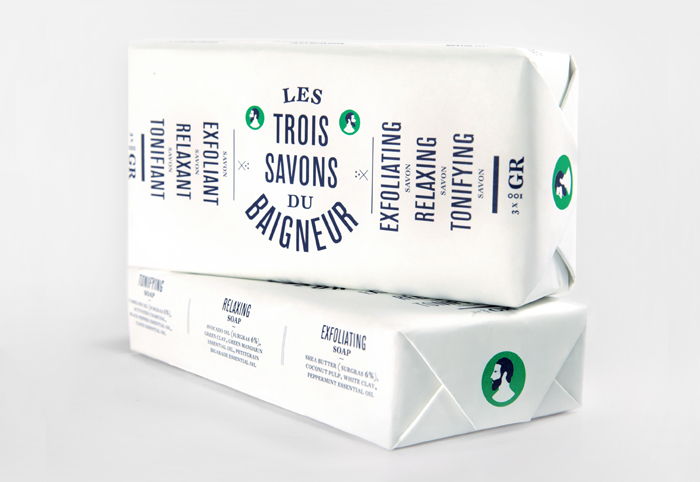 The pattern is met by finer typographical detail that unites both a well spaced tall uppercase sans serif choice and a shallower serif set across a curved baseline mixing the heritage, quality and experience of a barber - enhanced by the stacked layout and line breaks - with contemporary everyday practicality and reliability. It is unusual and perhaps millimeters from not working, but this really lends it a sense of period authenticity without being either too convincing (misleading) or poorly executed. 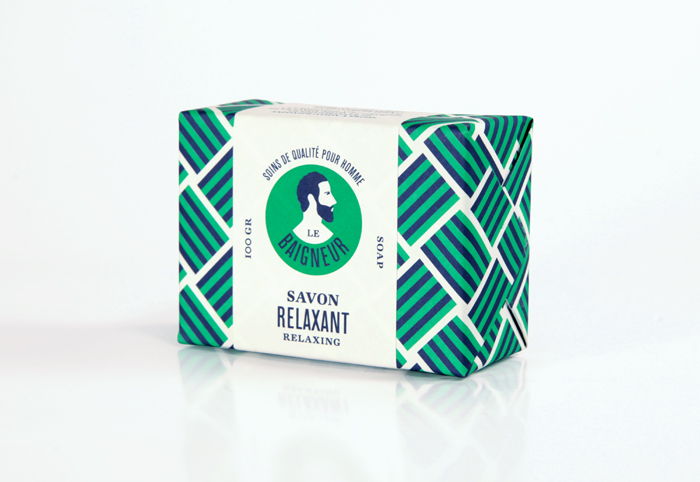 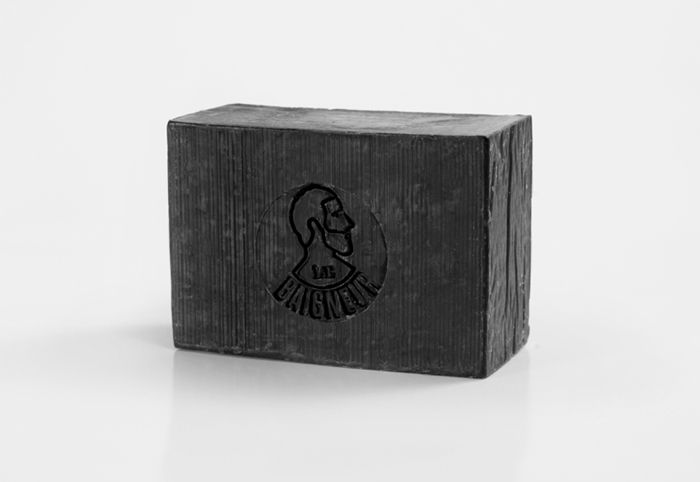 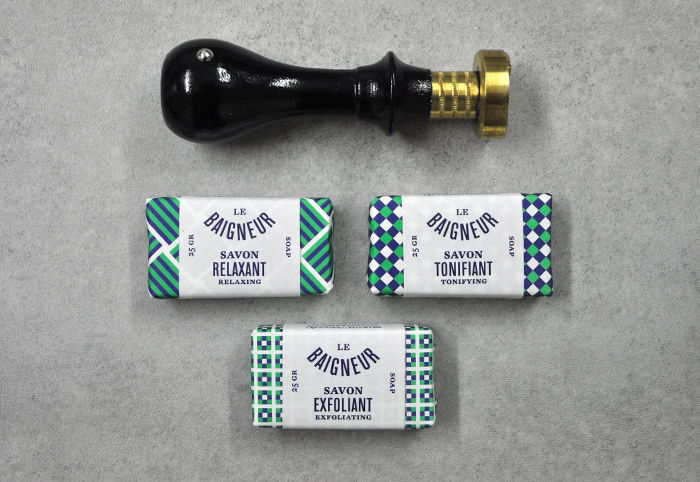 An uncoated, folded material choice and simple sleeve combination continue to build on the traditional and efficient values of the brand, reflects the crafted origins of the product but also has a retrospective quality that mirrors the wrapped and packed by hand on purchase nature of early soaps that gives it personal and small scale artisan sensibility. It may have been nice to have a number of craft textures such as emboss or even a contoured emboss across the bust (a feature that would reflect that of the soap inside) but sticks to the efficiency at the heart of the brand. 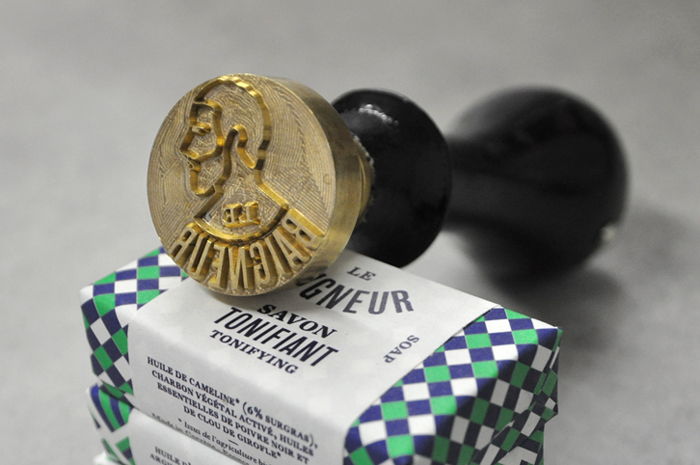 The colour palette is a smart mix of clean cosmeceutical white, a classic, traditional navy blue and a bright contemporary freshness of an aqua/mint green - which looks like a spot. It is practical and economical in its use of just two print colours but manages to achieve a good sense of energy through the pattern work while the white sleeve cuts wonderfully well through these. 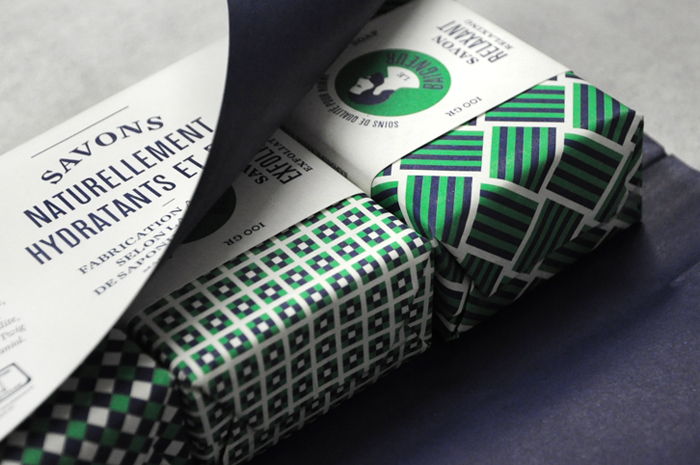 The result feels like a smart reference to periods of honorable, gentlemanly behavior, the emergence of personal grooming services for the wealthy and the luxuries of decorative flooring. The combinations of type, simplistic illustration and material choice lend a sense of authenticity which is enhanced within the context of today’s practical and lifestyle fusion that makes it distinctly contemporary rather than classically reverent. It is a solution that feels suitably small scale, appropriately reflects craft, efficiency and retrospective ideals that reflect both brand and product character. 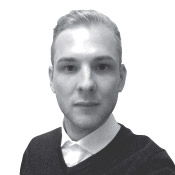 Richard is a British freelance design consultant and writer who specialises in logos, branding and packaging. He has written for Brand New and Design Week, featured in Computer Arts magazine, Logology, Los Logos, Logolounge, The Big Book of Packaging and runs the blogs BP&O and Design Survival.

Concept: Pasta For One