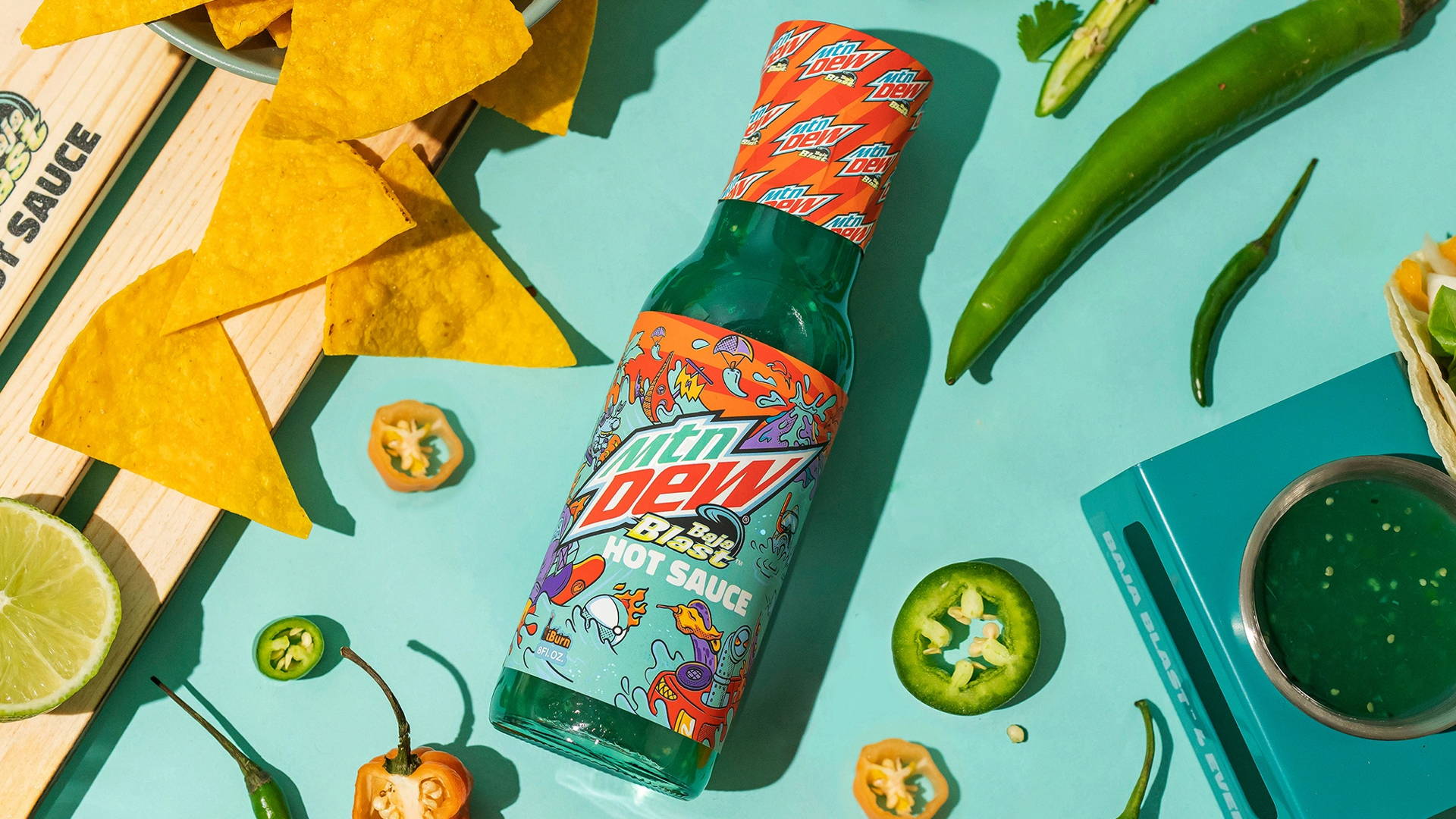 In the mid-aughts, some brilliant minds at Taco Bell and Mountain Dew came up with an idea. What if Taco Bell only offered an exclusive Mountain Dew flavor at its locations?

By 2004, the partnership was ready to unveil its creation, a tropical punch variant of the Dew called Baja Blast. It has since become a popular menu item at the Bell. Fiesta Potatoes and the Mexican Pizza demonstrate that when Taco Bell scores a hit with fans, they’re passionate about it.

Mountain Dew has now taken its popular Baja Blast and turned it into a hot sauce created in partnership with iBurn, a Houston-based specialty spicy grocer. In a statement shared with Food & Wine, Baja Blast combines the “iconic tropical lime flavor of the beloved Mtn Dew Baja Blast with habanero peppers, green chiles, and jalapeño peppers.”

The bottle label design is on-brand for Mountain Dew, featuring a fun illustration of a Dew-spewing “Mt. Baja” with various seafaring vessels, in this case, a submarine and what resembles a Viking ship riding the wave of Baja Blast goodness. Bright peppers are parachuting in, and a shark is wearing a snorkel and diving goggles, for whatever reason. Baja Blast’s blue-green signature color is punctuated by the background's pepper-inspired red and orange sun rays. The tamper-evident wrap on the top of the bottle uses the same orange and red stripes dotted with the Mountain Dew logo.

Baja Blast hot sauce won’t be available in-store or at Taco Bell. The soda brand is giving away 750 bottles via sweepstakes. Fans have until February 8, 2023, to enter via Mountain Dew’s website.