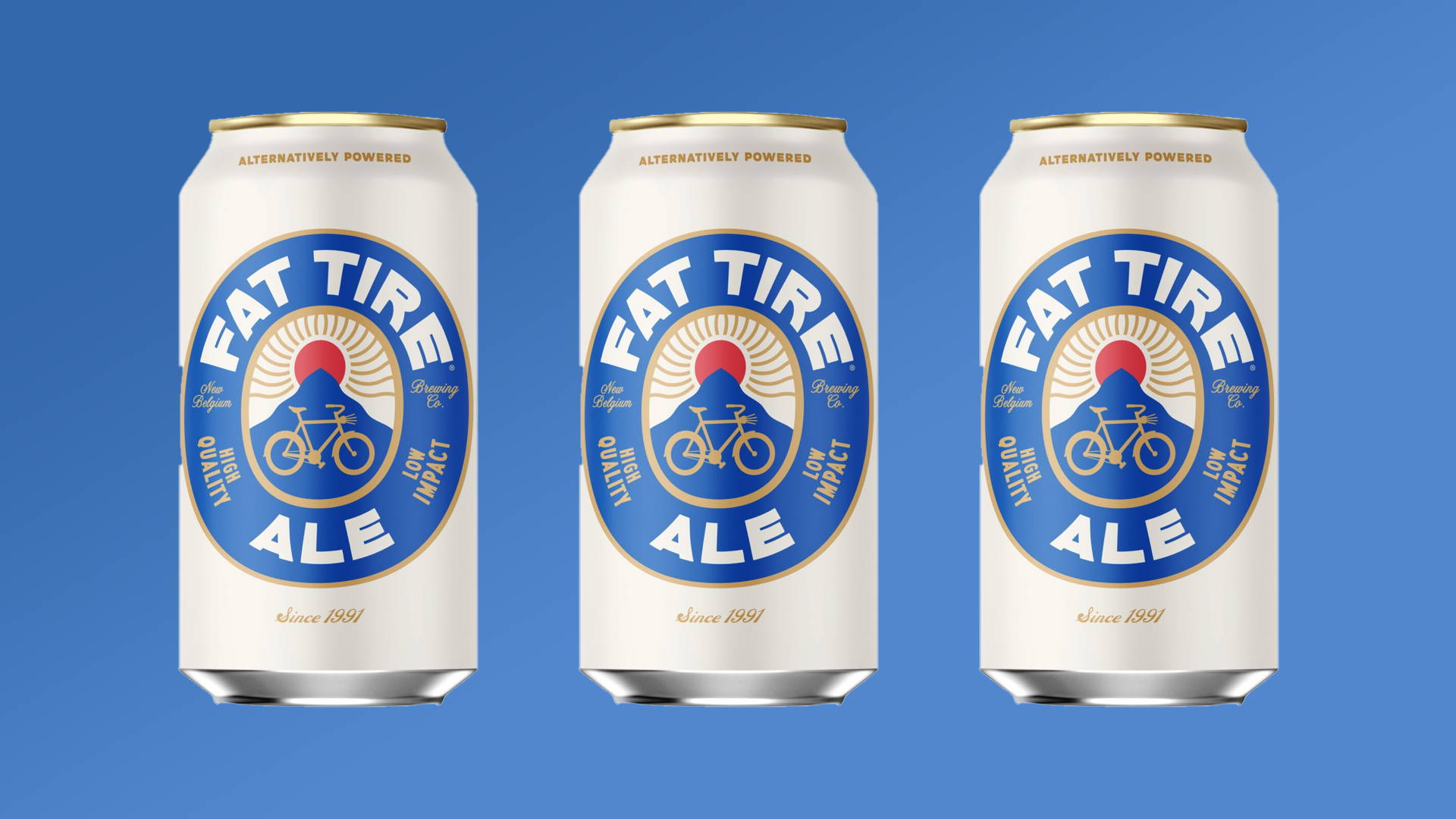 Is It a Redesign Or a New Beer? Fat Tire Asks ‘Why Not Both?’

Beer has seen better times, but drinkers are consumed with hard seltzers and RTD cocktails. What’s more, big beer is losing market share as spirits continue to dominate. And let’s not even get started on low and no-alcohol offerings amid peak Dry January narratives.

Colorado craft brewer New Belgium already has a winner in Voodoo IPA, but their once stately flagship beer Fat Tire Ale has fallen out of favor. According to Good Beer Hunting, the Colorado brewer has seen a national 52% decrease in chain retail, and when shit starts going south, it’s generally time to retool.

Though the beer went under a refresh in 2019, the brewery enlisted Austin-based studio LAND to help redesign Fat Tire Ale. But what’s notable about this particular makeover is that it’s for an entirely new beer or, if we’re being generous, a tweaked recipe that’s lighter, crisper, and clocking in at a lower ABV of 5%.

Gone is the split red and blue can with a centralized button featuring their core asset and trademark bicycle. Now, it's a white can and bottle starring an arched logo that looks like a girl scout badge for building a DIY fixed-gear bike. A chonky wordmark ushers in the new, er, redesigned beer with a hippied-out bicycle in front of a mountain peak and a red sunset.

While one might assume this is to celebrate their Colorado roots, it’s part of a larger plan from the brewery. The redesign was also spurred by trying to get the attention of a new generation of craft beer drinkers, particularly those alarmed about the climate crisis. Back in 2021, the brewery released the climate change-inspired beer Torched Earth, a what-if beer of the future brewed with millet and dandelions that taste a lot like the fire and brimstone humans will get if we do nothing about a warming planet. Now, critical can real estate is devoted to callouts like “alternatively powered” and “low impact.” On the cases, they mention that the brewery is carbon neutral (and was one of the first breweries in the US to distribute a carbon neutral beer).

Also, I like it! But I’m not sure it’s fair to call this a proper “redesign,” as it’s a new beer taking on the name of a flagship offering from a flailing but beloved Colorado brewery. I don't even know if there's a similar case study from the beer world, but what do I know? Instead of an amber ale, it looks like you’re now getting a lighter pale wheat.

So, is it a new beer? A redesign? For now, we’ll chalk it up to a new era for a 32-year-old brewery trying to get its groove back.