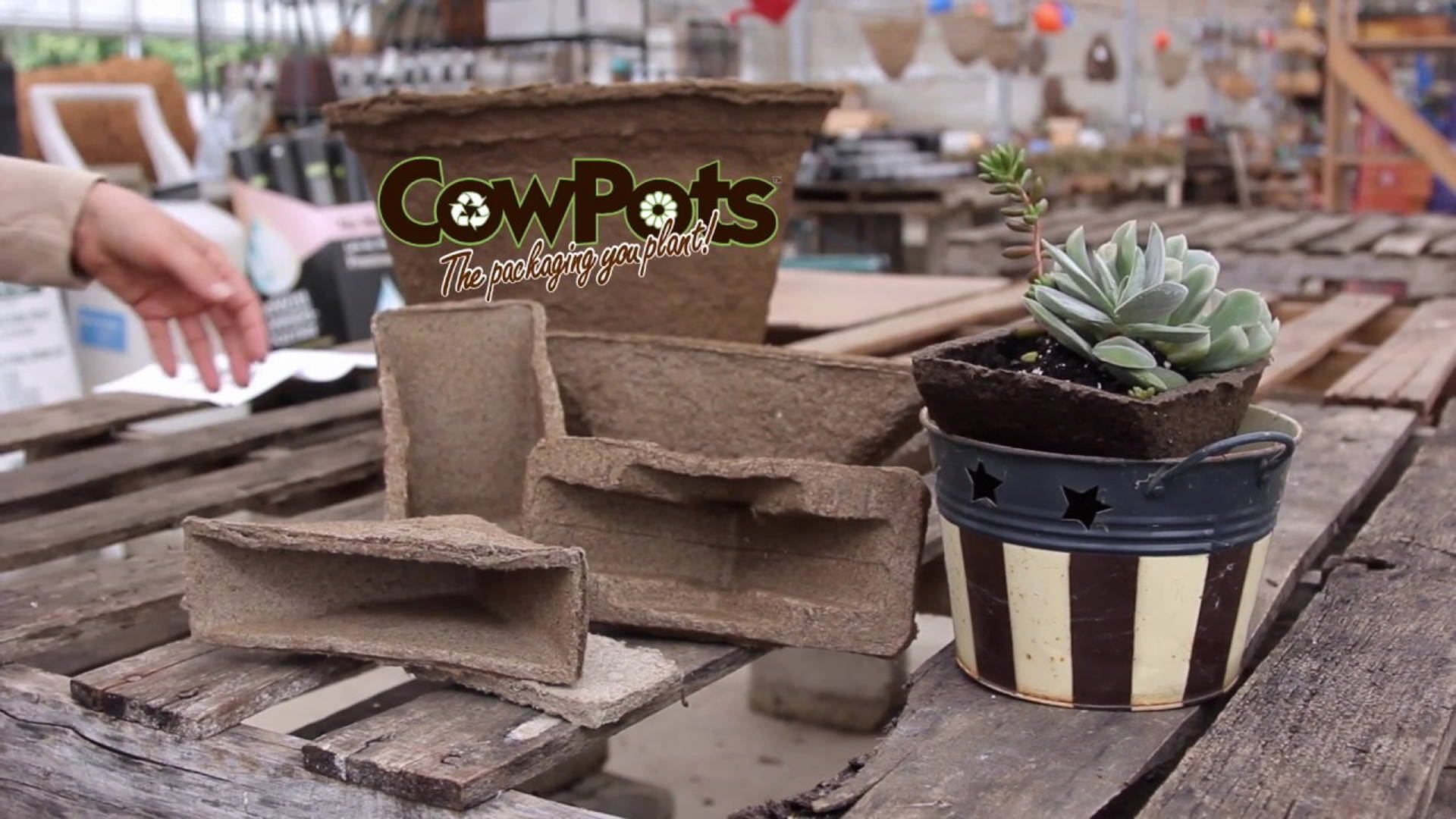 Using animal poop in agricultural pursuits is nothing new. We’ve used nutrient-rich dookie on plants for a long time. Bird and bat excrement, or guano, is particularly rich in nitrogen, phosphorus, and potassium, and before the development of synthetic fertilizers, a significant economic driver of imperialism. So critical was seabird droppings that in 1864, Spain occupied the guano-rich Chincha Islands of newly independent Peru, igniting a war that would eventually involve neighbors Bolivia, Chile, and Ecuador.

Animal manure is still harvested and used over synthetic fertilizer, particularly as interest in organic produce has increased. With dairy cows, it also prevents the same chemicals plants crave, especially nitrogen and phosphorus, from running off into waterways, where an increase in these substances can cause harm to aquatic ecosystems and harm water supplies.

In the late 90s, second-generation Connecticut dairy farmer Matt Freund wanted to develop a planting pot out of cow manure after seeing his wife using ones made out of peat that didn’t fully degrade. Eventually, Freund created a suitable, odorless, and compostable manure substrate that could get molded in various pot sizes. Unlike peat and plastic planter pots, Freund’s CowPots degraded in the ground naturally while also providing nutrients to the soil and became a hit with gardeners thanks in part to a shoutout on the Discovery show Dirty Jobs with Mike Rowe.

CowPots also furthers the Freund family’s circular farm strategy by using a renewable resource from the dairy farm. The family also runs a country market and bakery, utilizing the CowPots in growing the produce and flowers sold.

Before being formed into pots, the raw manure gets used to produce methane that is then captured and utilized to generate electricity to power the farm’s operation, which also gets used in addition to solar power. The manure left after the methane production then gets separated with the liquids used to grow cow feed, and the dry material is composted before further drying so it can get formed into CowPots.

Horticultural pursuits are a largely seasonal affair, but dairy cows defecate every day, necessitating uses for the CowPot material, which shares similar properties to certain types of conventional fiberboard. One such application is packaging corners, for example. The firm says that its fiberboard protects as well as fiberboard, and the CowPot corners are biodegradable, compostable, and function just like CowPots when used in the garden.

Phish Heads notwithstanding, not many people would find value from cow excrement, but for Freund Farms, the cow dumps are an integral component of the family’s businesses and enable them to mitigate the environmental impact of their farm. Many consumers would be happy enough with a plastic-free alternative, but CowPots also have the distinct advantage of improving the soil.

And, you know, unlike 19th-century guano, no one has to go to war for the bovine poop in CowPots.