Would You Drink A Vodka Made In Chernobyl? ATOMIK Says Yes.

It’s been 33 years since the horrific nuclear accident at the Chernobyl Nuclear Power Plant near the city of Pripyat in the north of the Ukrainian. Often referred to as the worst nuclear disaster in history, the event has cemented itself in pop-culture through countless Hollywood films and the HBO nightmare-fuel mini-series.

The incident saw an astonishing 237 people suffer from acute radiation sickness, of whom 31 died within the first three months, as well as spawning an on-going discussion of whether people can, you know, ever trust their government. But, now, in addition to a booming tourist economy, there are more signs of life emerging from this disaster. 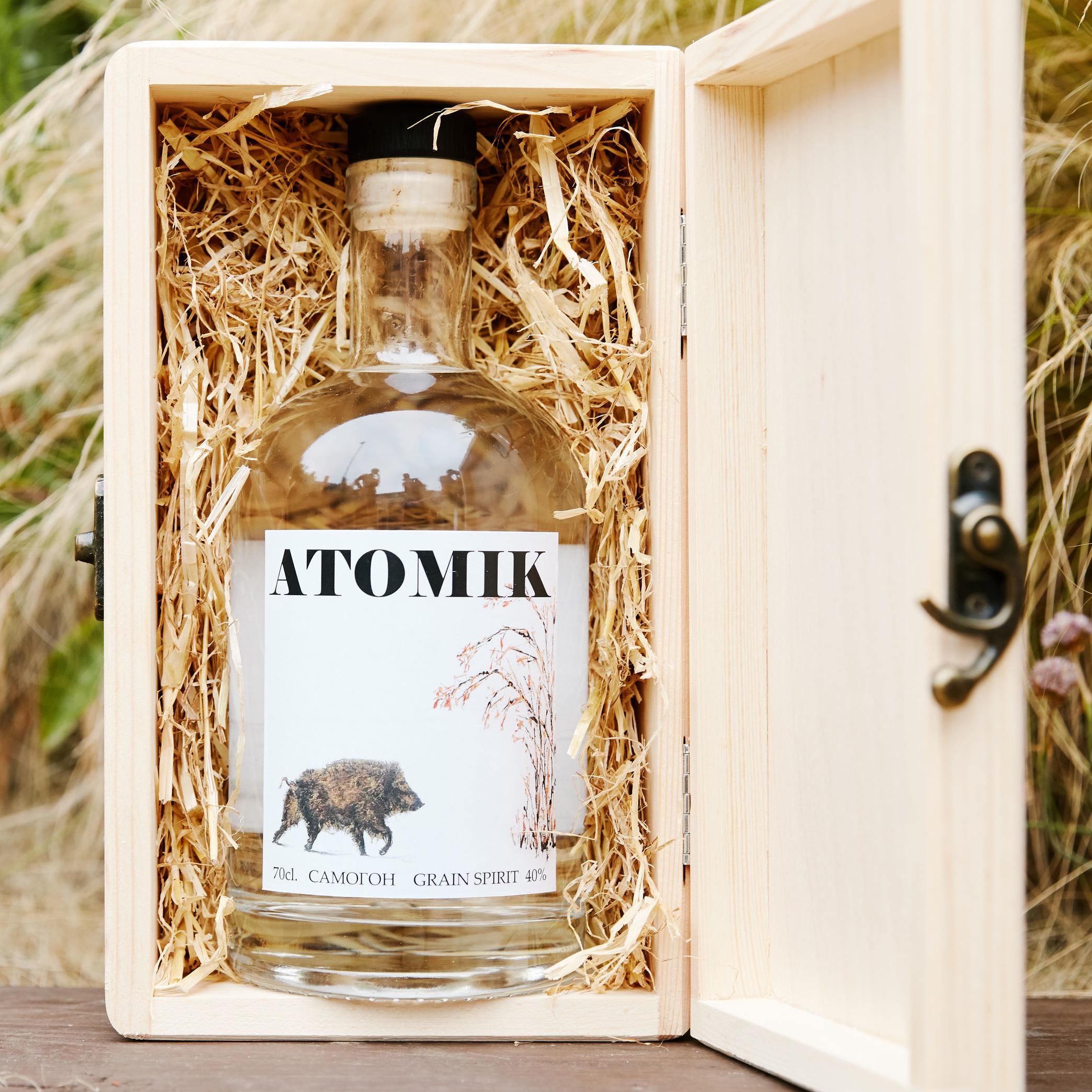 ATOMIK vodka from the Chernobyl Spirit Company is the first product to come from the area as gets distilled from crops harvested locally. We’re not sure if the name is “too soon,” but given that we don’t live even remotely close to Chernobyl, we’re going to defer to the locals on this one.

The ATOMIK bottle is striking in design, with a crisp white label that features "ATOMIK" in a bold serif. Accompanying the logo is what appears to be a boar, an animal reported to be one of the radioactive animals that still wander the surrounding areas. Next to the boar are some wheat stalks, the same grain utilized during the distillation process. 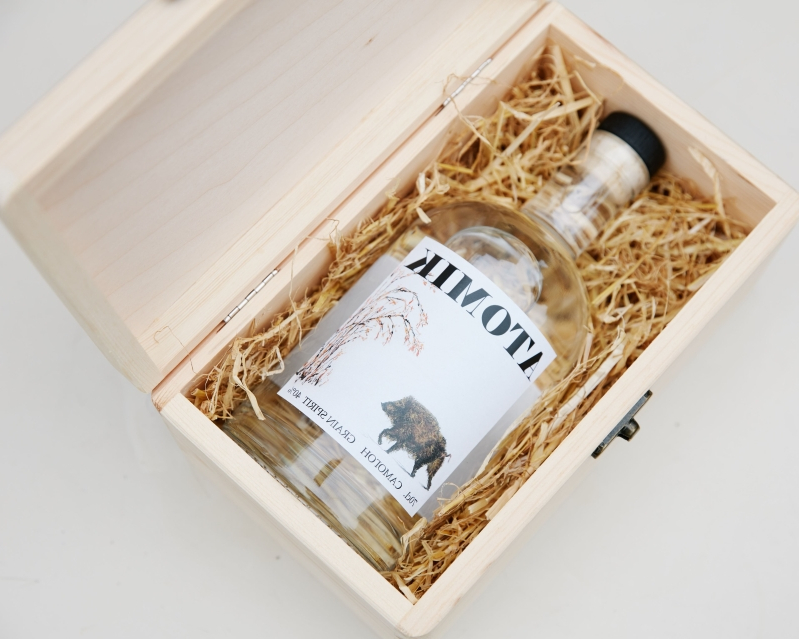 Although many may be skeptical about drinking ATOMIK, the testing on ingredients has been extensive with zero traces of radioactive chemicals found in the distillation process.

The radioactive-free alcohol might be, “the most important bottle of spirits in the world,” according to Jim Smith, a professor at the University of Portsmouth. 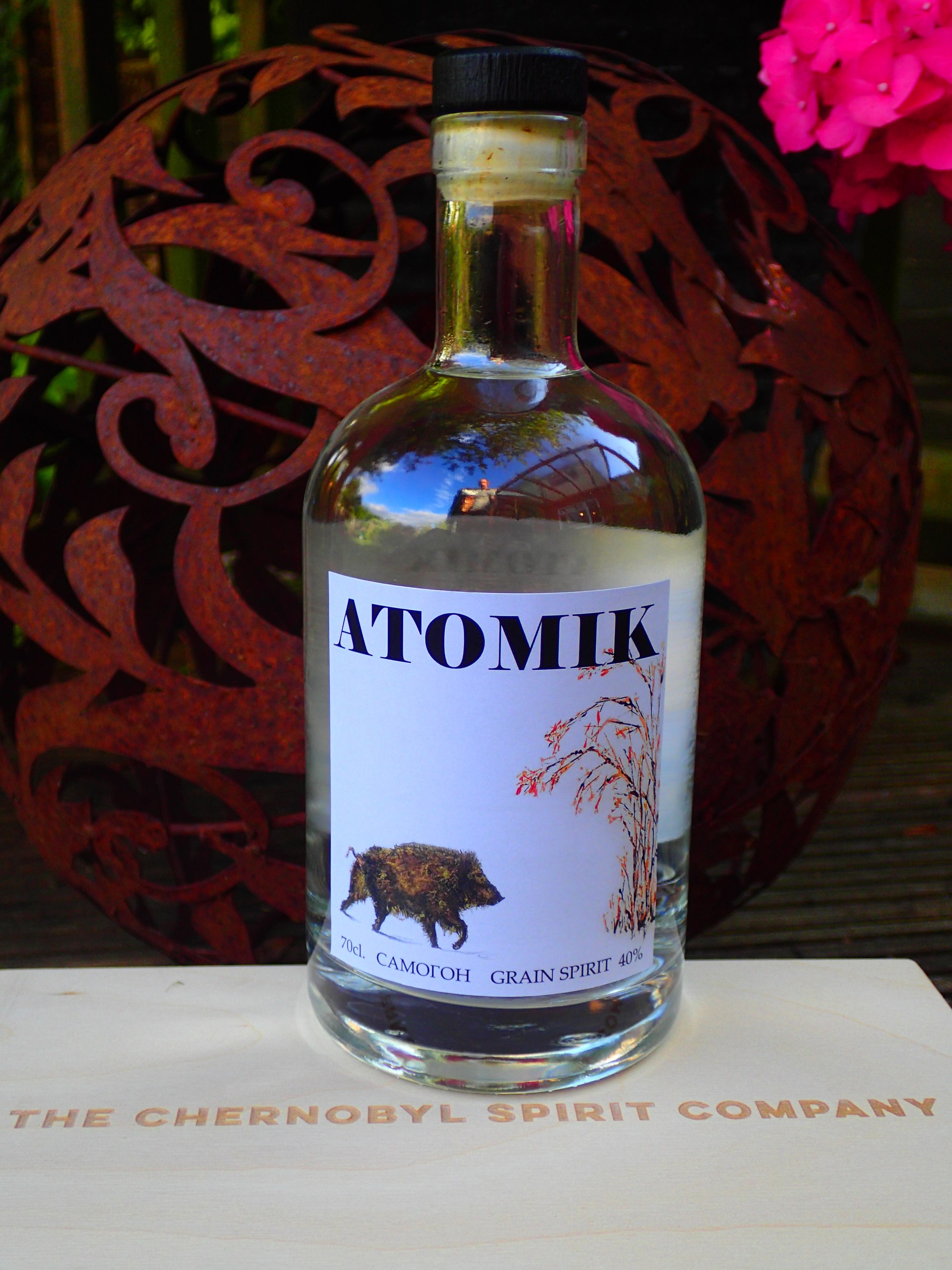 "It could help the economic recovery of communities living in and around the abandoned areas,” he added in a statement. “Many thousands of people are still living in the Zone of Obligatory Resettlement, where new investment and use of agricultural land is still forbidden."

Although the legal workings of producing ATOMIK are still being ironed out, the Chernobyl Spirit Company hopes to begin producing small batches by next year. With vodka as excellently designed as ATOMIK, your parties have the chance to go, dare we say it, nuclear?