Can Loop Change The Entire Way We Shop?

When TerraCycle announced Loop last January, you couldn’t help but get excited.

Here was a back-to-basics solution to cutting down on single-use plastics where you shopped for some of your favorite brands like Häagen-Dazs ice cream or Hellmann’s Mayonaise, and it all comes in refillable packaging that you pay a deposit for. When finished, you return the container to TerraCycle so it can be cleaned and reused. Frankly, there aren’t a lot of sustainable options that could eliminate or lessen our reliance upon single-use plastics you can hang your hat on, despite every brand wanting to do something—anything— about it.

They called it bringing back the milkman. And that’s the central concept behind the premise. 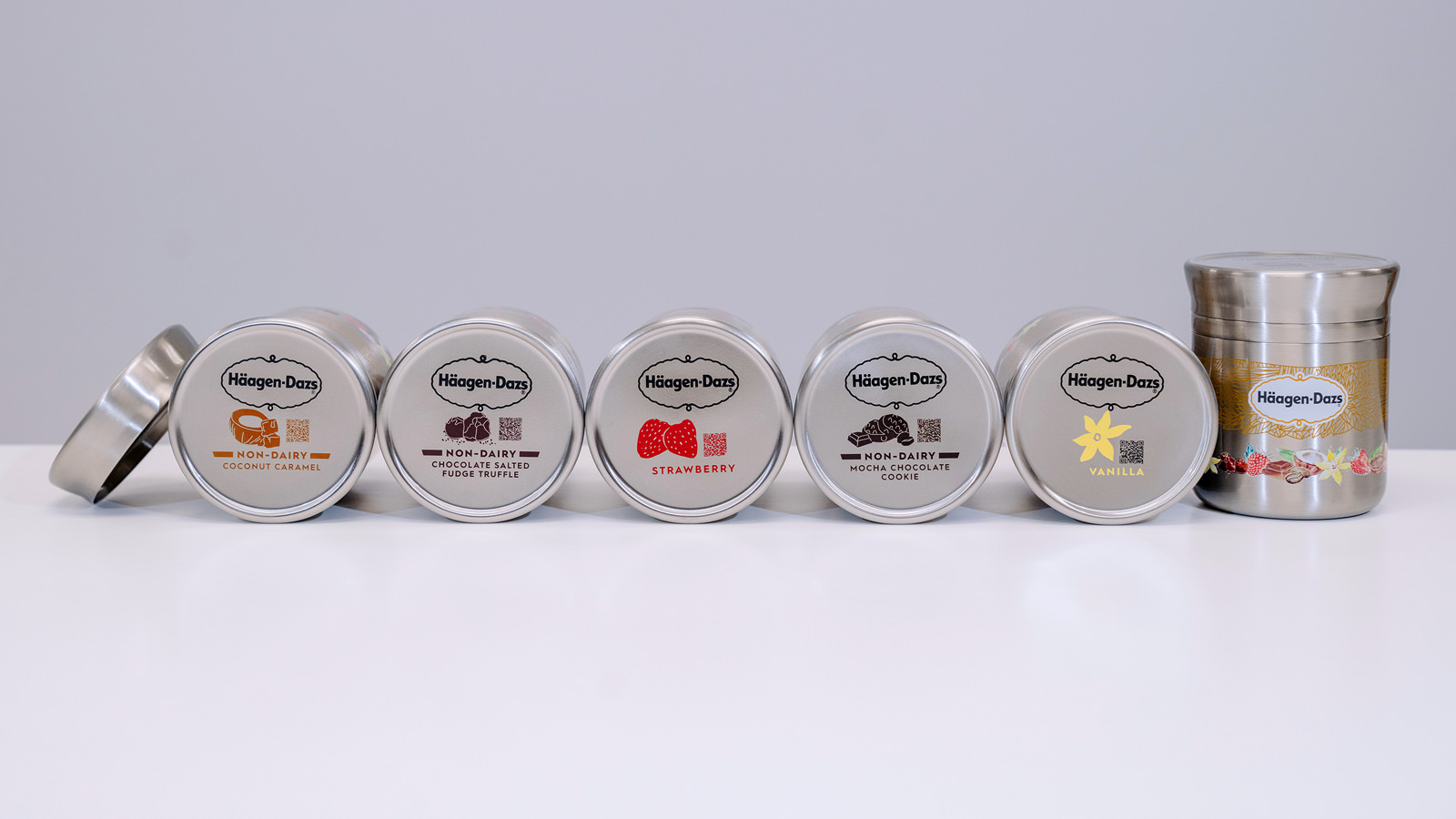 It started with a question. After 16 years of significant growth for TerraCycle, a company that recycles all of those hard to repurpose materials—think everything from diapers, chips bags and cigarette butts—they started to reflect on the nature of their business. Was recycling and making from recycled materials the solution to waste?

“If you looked up the word ‘recycling’ in the dictionary,” he says, “the word waste would be there. In fact, recycling depends on the idea of waste, you know? So how can you get rid of the idea with a concept that depends on it? So we started to explore what is the root cause of waste, and we landed on using things once, or disposability. It’s not like plastic is bad or paper is bad, or any material is bad. It's the idea of using it once that maybe isn’t so good.”

And that’s the question Tom poses— why did disposability win?

For starters, it’s convenient and cheap. When you look at just beverages, everything went from reusable glass and aluminum to plastics and cartons (and yes, there was a time in the 80s where you could go to a 7-11, and every soda was in glass or a can). So when you think about the milkman delivering half a gallon of milk to your backdoor in the 1950s, the thing to keep in mind is that the milk company owned that bottle. 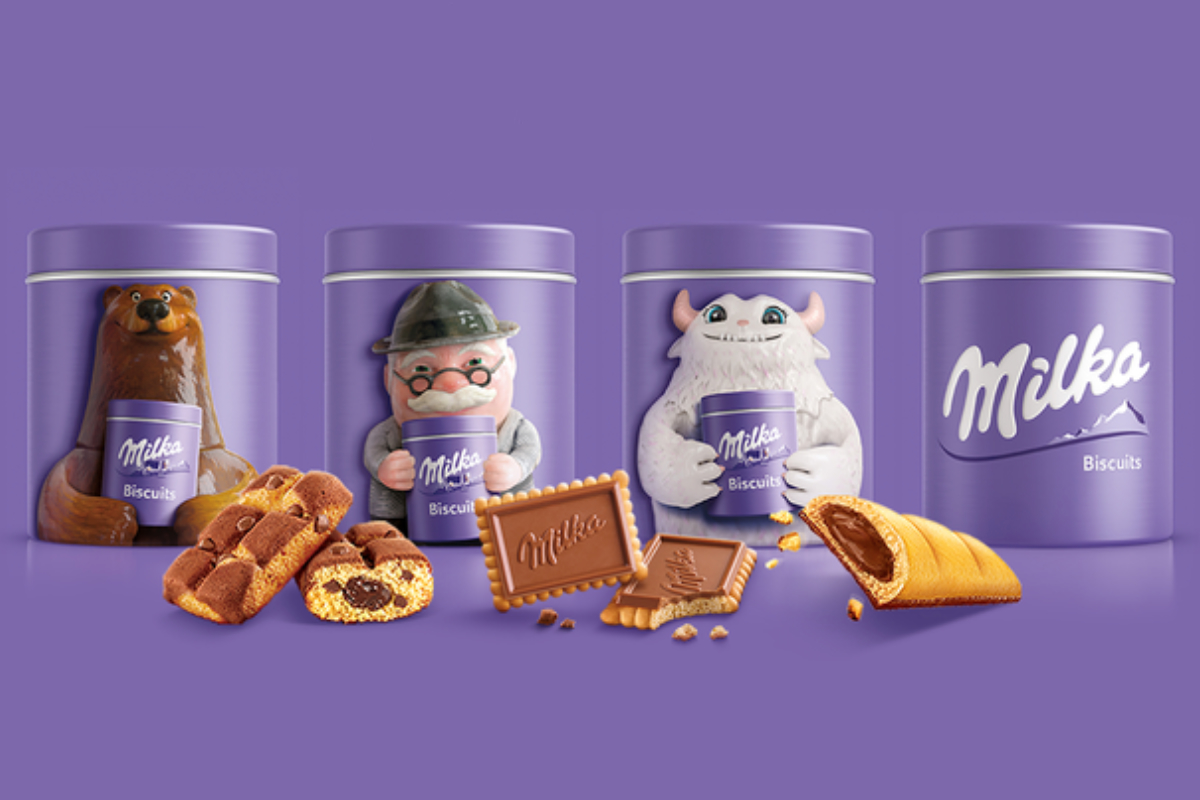 Brands were selfishly and financially motivated to make their packaging durable. But what made it especially strange was when the 60s rolled around, and disposable packaging became the vessel du jour. Because, at that point, it became the property of the consumer. The manufacturer was no longer on the hook.

Generally speaking, when you buy the product, you buy the package. That’s yours. It’s not PepsiCo’s, not Coca-Cola, not whoever you buy your milk from—it’s yours.

“How often in your daily shopping do you keep the package and cherish it for many years to come and again knowing it's your property?” Tom asks.

“Why should we own something we don't want to own? That's sort of weird, right? And by owning it, it becomes a cost to get sold to the manufacturer. So the manufacturer's goal is to make that cost lower, and as you make packaging cheaper, it does get lighter. It does get cheaper. Those are two concrete benefits, but it becomes way less recyclable.”

So if we want to solve for waste, how do you maintain the virtues of disposability—affordability, and convenience—while solving for the negatives?

And that’s the central idea behind Loop—why should the consumer own the package? Why can’t they just borrow it instead? 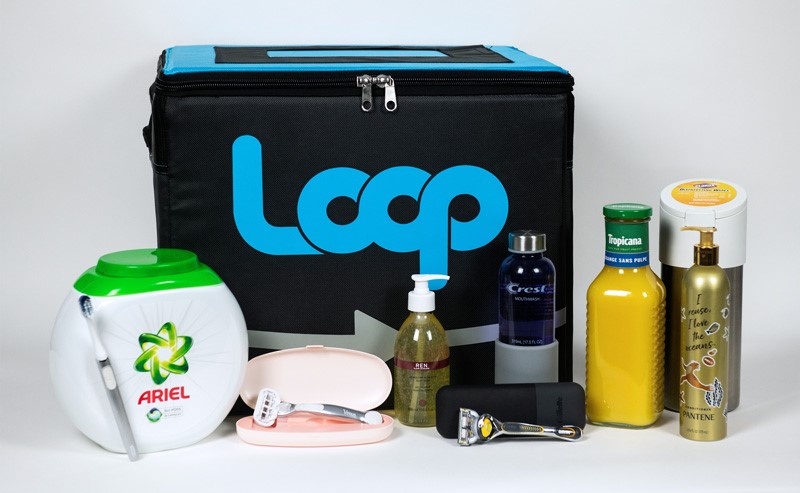 “You securitize that borrowing by putting a deposit on it,” Tom says, “which means that in the price of your content is just the depreciation of the package and the cost of cleaning. That's it. Which allows you to access durable design at about the same price as disposable design because in the disposable bottle the entire disposable package is in the cost of your content, and this is the real breakthrough.” Durability can bring about not just reusability, but maybe even better design since its no longer tied to a disposable ecosystem. Incidentally, each container can be reused, at a minimum, ten times; aspirationally, a hundred.

Now they just need to convince consumers that this is a valuable product and that they have to shop differently.

And those are two monumental, complex tasks.

There’s no real way to know right now if consumers will line up for Loop’s “back to the milkman” model, but consumers are thirsty for less packaging and brands to embrace sustainability. And according to Tom, there are plenty of brands who want to sign on, and better still, consumers who are excited to see this move beyond its initial pilot program.

Loop launches on May 14th in Paris, and on May 21st in New York, but most intriguing of all is who they’re partnering with. In Paris, they’ll have a retail presence with one of the largest hypermarket chains in the world with Carrefour, and when they launch later in the UK, they’ll join forces with Tesco. They’re also partnering with a major retailer in the US which they’ll announce on May 21st, though they’re keeping mum on just who that is. Target? Walmart? Kroger? All great guesses for sure, and possibly a significant boost for a much-needed packaging model. They’ve even considered how it could work within something like Amazon’s locker system. 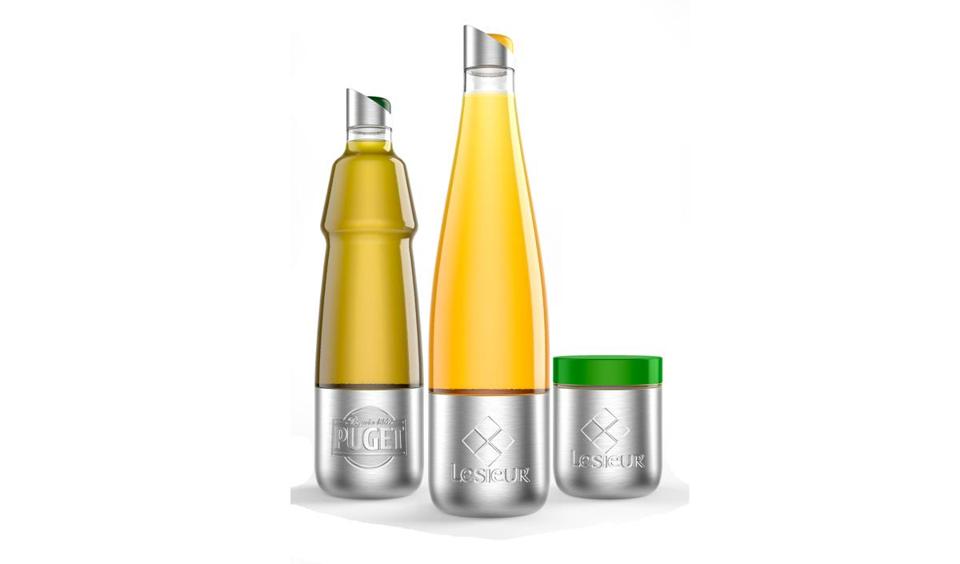 But retail could be what drives Loop’s progress, not just e-commerce.

“I'm going to measure the success of Loop not its revenue, but what percent of your wallet has moved from being a disposable vote to a durable vote,” he says. “Our goal is that every brand has a Loop ecosystem enabled, a Loop set of products, sort of like what organic did. Every product has an organic alternative, and I also want to make sure that every retailer, whether it's a big box retailer, an online retailer, a boutique retailer or direct to consumer has an opportunity for a Loop engine.”

That way, every consumer can access Loop everywhere. That’s their foundational goal. But it has to back up their operational function as a waste management company because that’s their business. In the end, they’re the ones picking up, sorting, storing and cleaning the packaging materials.

With their model—and potentially being deeply embedded into retail—Tom believes they can also have a minimal environmental footprint. “Even with maximum shipping, it's way better than recycling,” Tom says. "Recycling has more steps. And again, I say this as a recycling company. This is why embedding into retail is so important.”

If you buy through e-commerce, they already have their own fleet of vehicles to deliver products. “But here's the cool part,” Tom says, “since it's their own fleet, they will also pick your empties, which means the reverse is free shipping from a carbon point of view cause those trucks were already leaving.” But, if you buy a Loop-enabled product in store, you’re taking that container back on your next trip and leaving it at a drop point there. In both scenarios, ideally, you’re also eliminating trash trucks from the road.

“Private label brands have no budgets for design,” Tom says. “So what we do there, and we did this with Tesco, is we look at all the private label products, and we focus on ones that are Loop plug and play friendly first. There are about 300 products that can go to reuse models without any redesign. So a good example would be that a spice goes in a glass container. That can go plug and play Loop without any redesign. It won't necessarily be inspiring, but at least now it's reuse versus disposal.” 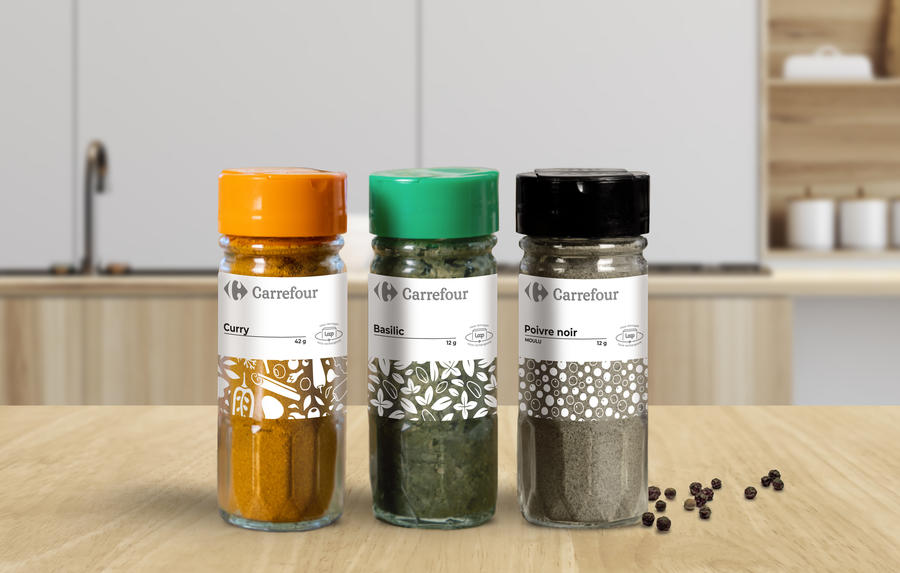 But you’d be mistaken to think this pertains to dried foods, cleaning and beauty products, or, you know, ice cream; there are also beverage companies lining up for this. Evian was an early adopter, but they also have Tropicana and Coca-Cola on board, and according to Tom, they have the bottling capabilities to make this happen. Coca-Cola, in particular, is bringing back their original refillable bottle, but even start-up brands that exist within the Loop system like Green House Juice will take part as well.

With Loop’s official pilot launch on the horizon, and with many national brands continuing to sign on (some of which are even competitors), the hard work has just begun. Getting buy-in from consumers while drastically altering their behavior will ultimately be the real test.

But there are a few folks in the CPG game, some from major brands who won’t go on the record, that think this won’t work at all, that our disposable, on-the-go convenience culture won’t allow it, and that’s it’s too hard a habit to break. These are the same companies that are more than happy to sell you something in a plastic bottle, maybe with just a touch less material than it had in previous years. Or they’re using a tad more recycled content in their packaging so they can signal the virtues of recycling without having any skin in the game because now it’s your problem since you bought it.

Consumers have been saying that they want more sustainable packaging. Well, now here’s their chance.

“The world is ready, you know?” Tom says. “People are craving to divorce themselves from disposability.”

These Colorful Labels Are As Unique As Each Wine Drinker

Making Sustainability Tangible: From Ownership And Purchase to Access And Participation