As you may know, candles are the fastest growing product in the scent-aroma market. KFC UK & Ireland sure do, and they’re getting in on the game with an exclusive gravy-scented candle because there's no better way to soothe the pangs of LIFE like filling the air with the savory and meaty aroma of the Colonel’s renowned sauce.

The candle includes real gravy, although KFC advises against eating it, and unless KFC faces another gravy shortage, it’s better to burn the candle than pour it all over your mashed potatoes.

Housed in a minimal white box, the candle sports the KFC wordmark in their signature red and features Colonel Sander’s string tie. The candle’s label is very similar, with a metallic base and lid, the candle itself is the same creamy brown color as its glorious inspiration. 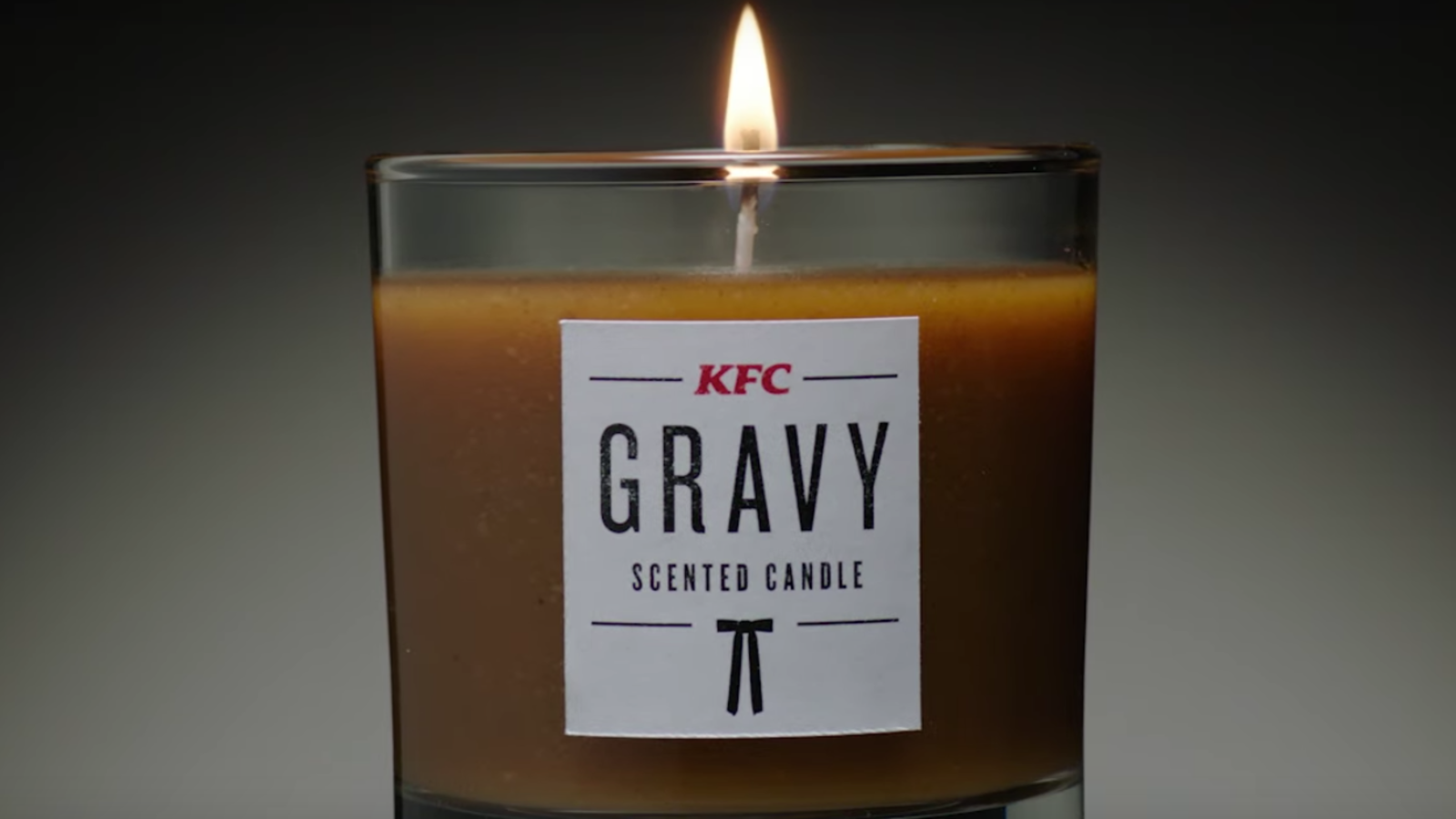 The brand extension is part of KFC UK & Ireland’s KFChill campaign that promotes their KFC Mega Box. In addition to the limited release candle, they’ve also built an ASMR website that features the sounds of frying chicken, falling fries, and simmering gravy. ASMR, or “autonomous sensory meridian response,” is triggered by different sounds, such as page turning, whispering and even eating. It’s a phenomenon with a sizable YouTube community that’s been around for years but has recently garnered the spotlight because of Michelob Ultra’s Super Bowl 2019 ad.

Before you reach for your wallet, the gravy candle was only available in the UK & Ireland as KFC made just 230. Alas, they’re all gone now, but given KFC’s propensity for making limited-edition items, you should keep your eyes out for the next Colonel collab.

21 Degrees Wants You To Ring Your Birthday In Right