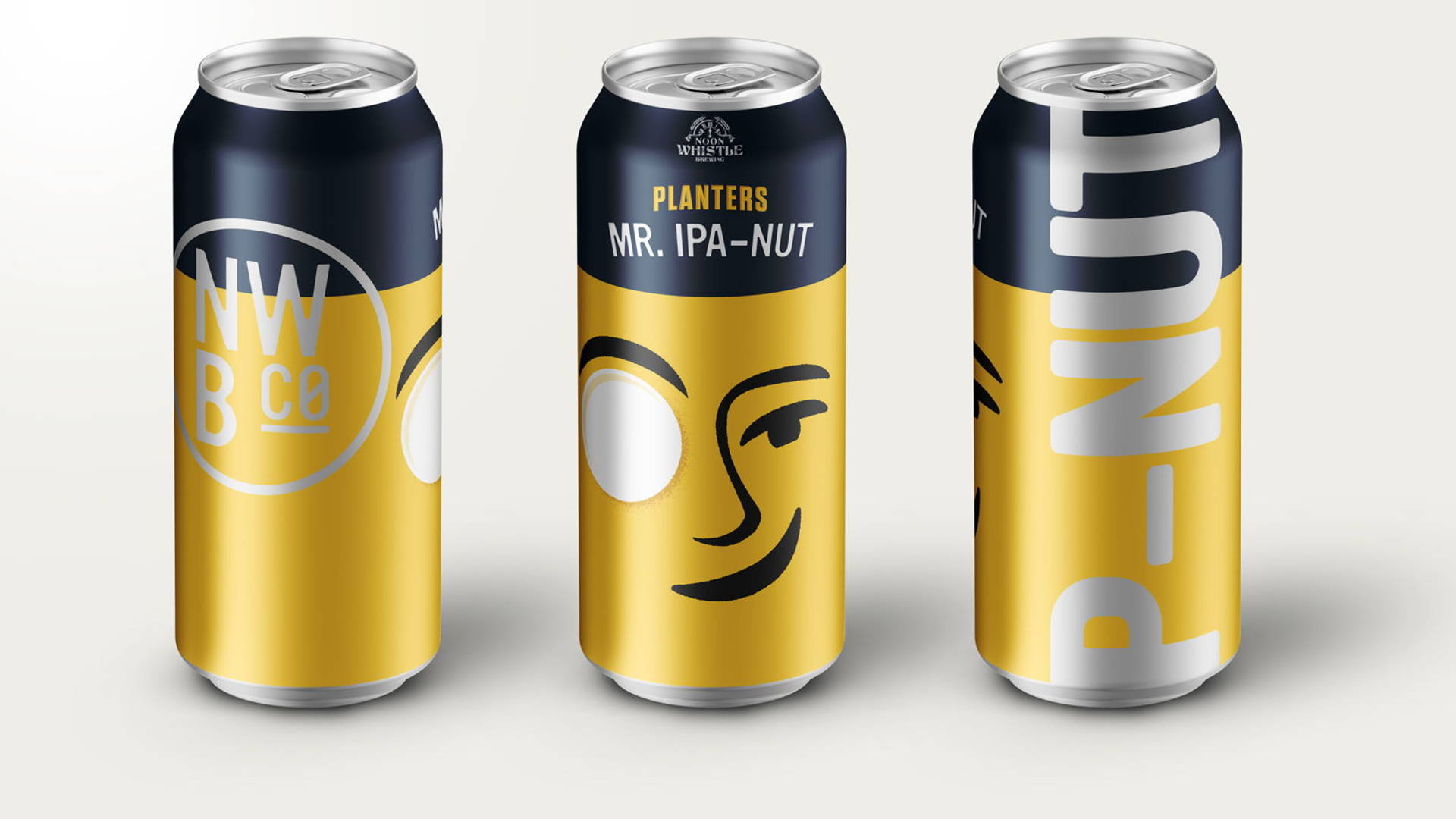 Planters Steps Into the Wonderful World of Beer With Mr. IPA-Nut

Mr. Peanut is stepping into the world of craft beer as he becomes the face of Mr. IPA-Nut, a hoppy elixir brought to you by Planters and Lombard, Illinois brewery, Noon Whistle Brewing.

As the first of its kind in the Planters' family, the company wanted to ensure Mr. IPA-Nut landed with beer and peanut lovers alike, creating an IPA that has a citrus aroma with a hint of honey-roasted peanuts and a slightly salty finish.

"It would have been easy to make a great Stout or Porter with nuts, but Planters wanted to prove that nuts go great with any style beer," said Michael Condon, Owner at Noon Whistle Brewing, "so, we took their Honey Roasted Peanuts and made a great IPA that highlights both hops and peanuts."With the flavor down, the only thing left was to create packaging to match, which is where Dee Duncan, a Chicago-based designer and illustrator, came in.

“We knew that we wanted to feature Mr. Peanut, the brand’s key equity, in some way while also maintaining the brand standards that Noon Whistle had already established," says Duncan. "Luckily for us, Noon Whistle has a fairly modular design. We borrowed the main elements of the design, the color-blocking of cans as well as the overlapping text and logos, and had some fun with Noon Whistle's branding elements."

Together, they produced the "P-NUT" series, which is loosely based off Noon Whistle's Smack series with the title up the side of the can. From there, they explored the capacity in which Mr. Peanut would grace the can, and eventually landed on abstracted elements of the character design and a large yellow color block.

Now, Mr. IPA-Nut is available in 4-pack of 16-ounce cans for $9.99 in select stores throughout Illinois.

“It was great taking an iconic and established brand character into a world he has never been before,” shares Duncan.

You can’t help but smile when you pick up a can of Mr. IPA-Nut and see Mr. Peanut winking at you with approval. Plus, you'll never have to stick your hand in a bowl of dirty bar snacks again as you can now get both the brew and peanuts all in one sip.via: Beer Connoisseur

You Can Make Packaging From Wetland Weed