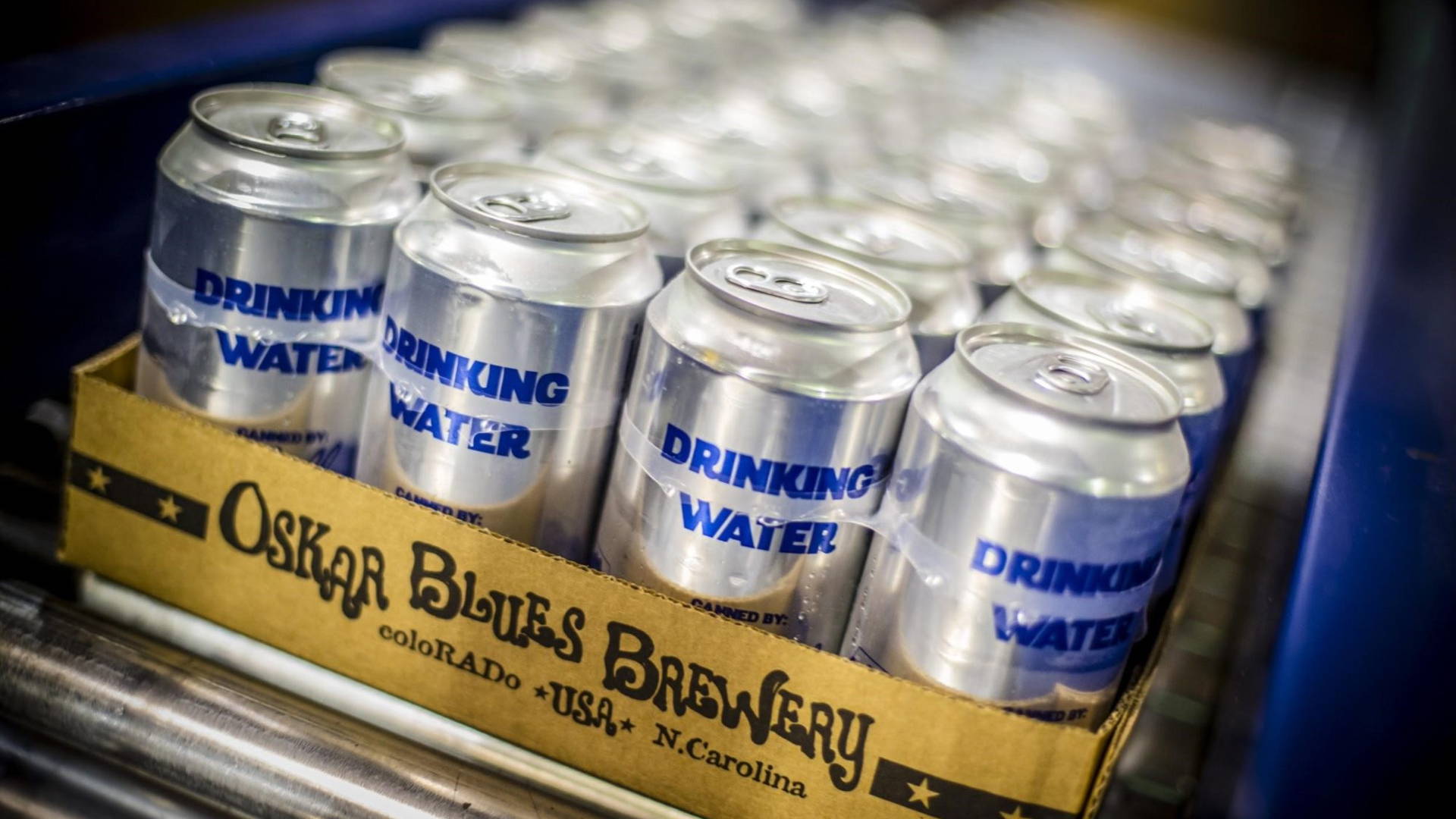 Americans love bottled water, drinking 13.7 billion gallons of the stuff a year, even though it’s perhaps a healthier alternative to soda, it’s a lot of plastic bottles. Globally, a million bottles are sold a second, and for the most part, they’re made of plastic. Beyond our abysmal recycling rates, plastic presents another problem in that it comes from a non-renewable resource, petroleum, dinosaur juice extracted from the ground that once used is gone.Plastic isn’t the only material we can use to make beverage containers, however. Just over a quarter of glass is recovered, and while it's 100% recyclable, it's not ideal because it's heavy. Aluminum is lightweight, 100% recyclable, and already used for a lot of beverages, in fact, 70% of aluminum beverage containers get recycled. Aluminum also stays cold longer than plastic, so it begs the question: why doesn’t more water come in cans?While it makes sense to can water in aluminum, outside of Deja Blue on Southwest flights, there are few cans of water to be found on the market as it continues to be a specialty item sold primarily to disaster preppers. Most aluminum cans aren’t resealable, whereas plastic bottles are capped and resealable, so consumers can carry them around and hydrate one sip at a time.

During natural disasters, Anheuser-Busch breweries temporarily stop canning beer and start distributing water. Of course, the cans aren't sold. Instead, they go to those who don't have access to running water. Several companies, however, are looking to kick the plastic bottle to the curb and sell cans of water to the public.One such company is CanOWater, selling alpine spring water in traditional 330ml aluminum cans in two versions, resealable top, and the more familiar pull-tab. Their packaging is artfully minimal: still water comes in white, and sparkling comes in black.

Green Sheep also bottles sparkling and still water in aluminum bottles and cans. The bottles feature a cap made entirely of aluminum, and the 12oz cans are similar to beer and soda cans. Green Sheep also donates 1% of sales to the Surfrider Foundation which aims to protect the oceans, beaches, and waves through advocacy with 81 chapters located primarily throughout North and South America.

Noah’s Spring Water use a totally different type of aluminum can, a 24oz cap can, most commonly seen on those big, probably not good for you, energy drink cans. These aluminum cans feature a twist off cap, making it resealable. Of course, the packaging isn’t entirely plastic-free however: the cap needs to be sealed with a tamper-evident plastic wrap to ensure consumer safety and transport.Hydration is salvation, and the most environmentally conscious way to do it is to use refillable canteens and bottles. Unfortunately, that’s not always feasible, and recycling spent bottles might not be an option either. While consumers are growing more and more concerned about the need to reduce plastic packaging, they are unlikely to get less thirsty anytime soon, and aluminum might be the next material we all chug out of.

Check Out The "Freakshow" With This Wine