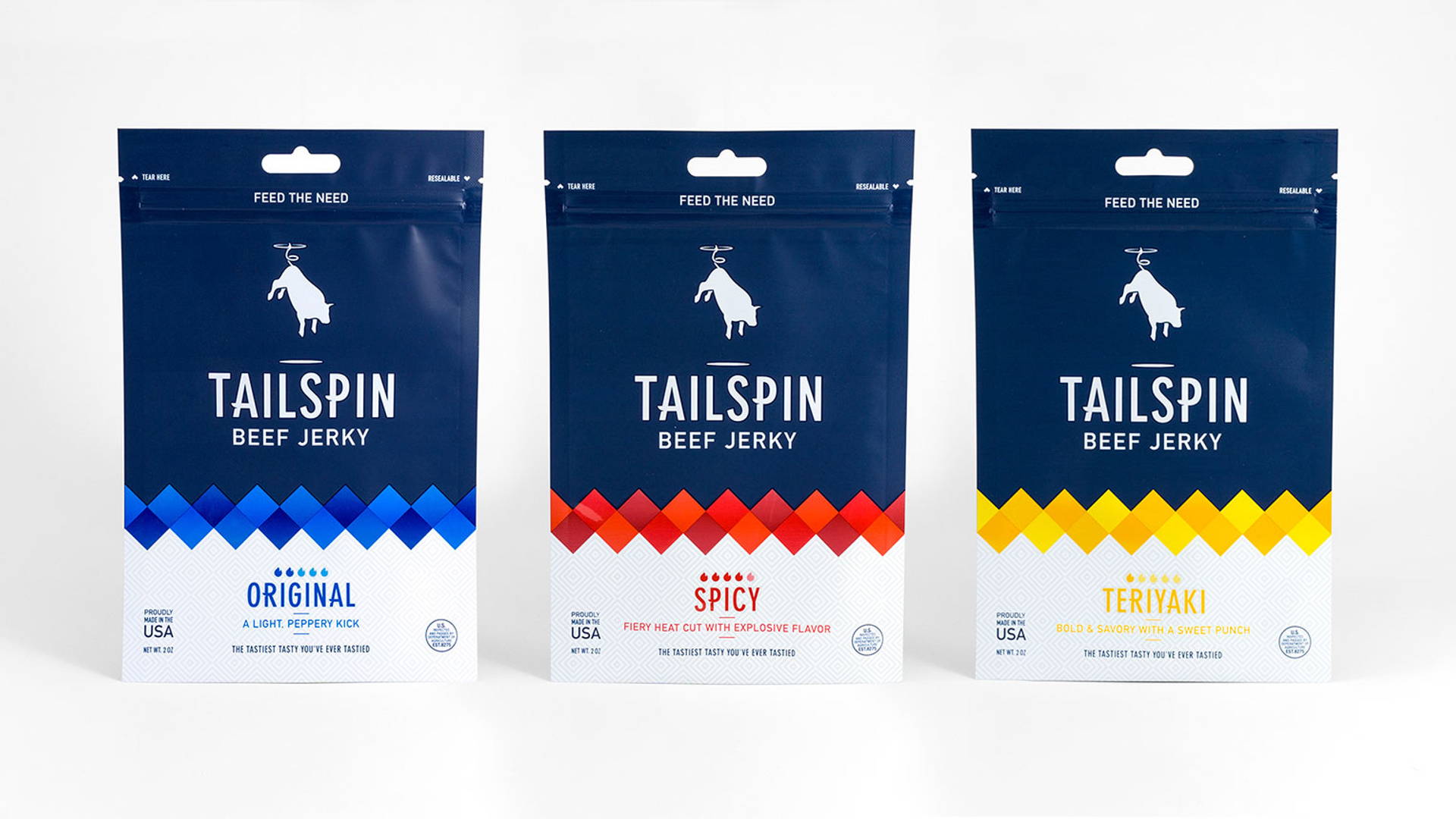 Tailspin is a Refreshing Take on Jerky Packaging

By taking a clean approach to design, Brett Lair made sure that Tailspin Jerky had a look that would be more approachable than the existing products on the market. With carefully crafted typography and a more subtle approach to color, this jerky packaging definitely stands out from the rest. 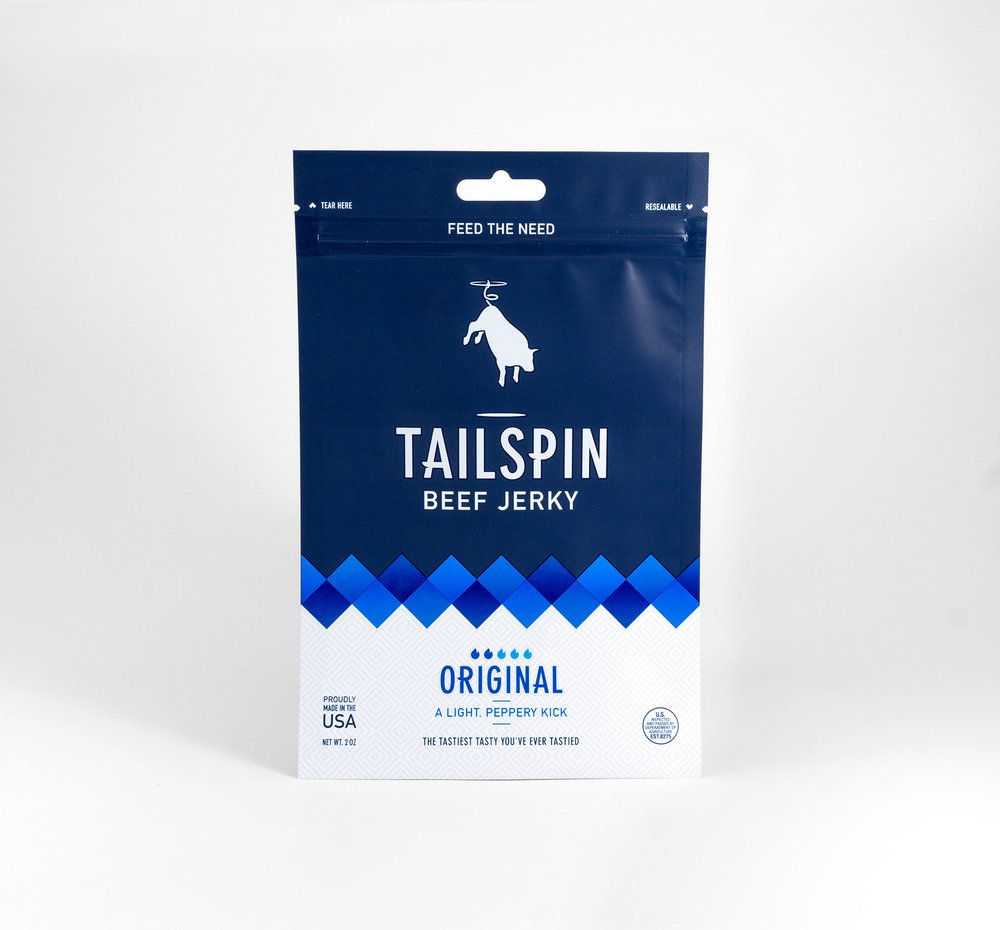 “Tailspin Jerky is a company defined by quality and an abject refusal to take itself too seriously. In the crowded snack space, Tailspin’s refreshing sense of humour helps to cultivate a strong identity. An identity defined by fun, flavour, and questionable business decisions. Even the name, ‘tailspin’, with its traditionally negative implications has been ironically embraced. In a world filled with cookie cutter brands, Tailspin lets their actions and product define their name, rather than letting the name define their brand. Tailspin is a jerky that everyone can enjoy, from the family that is out camping to the group of friends kayaking up Everest, and the design had to reflect this.” 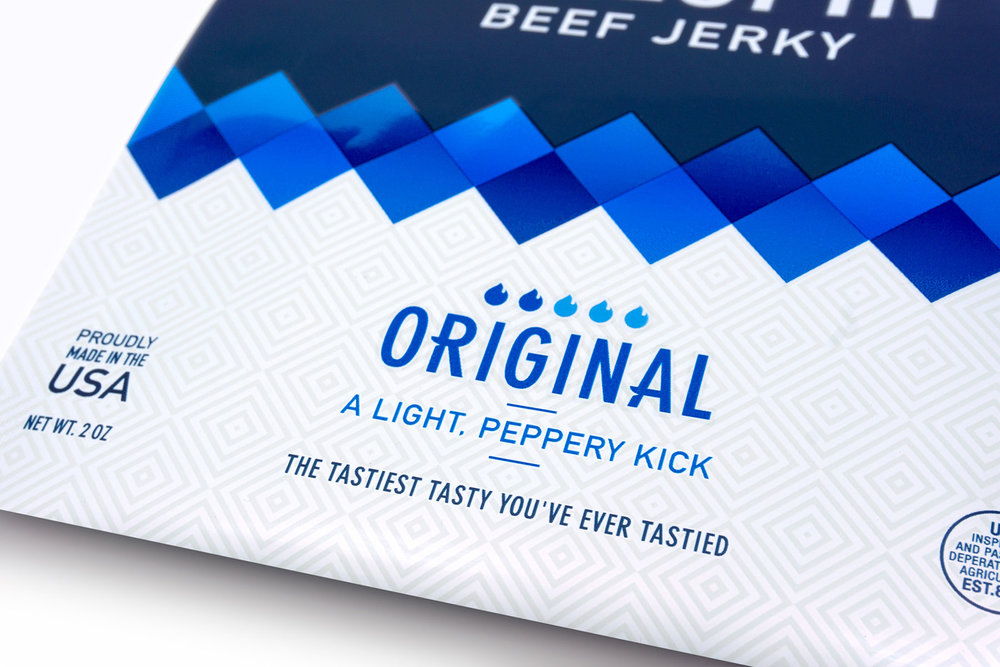 “When it came to packaging, we knew that there were a few things dominating the jerky shelves—black and craft bags, overly macho themes, and loads of hand crafted, artisanal buzzwords. Straying from the status quo, we landed on a design system and visual language that's scaleable and much more approachable.” 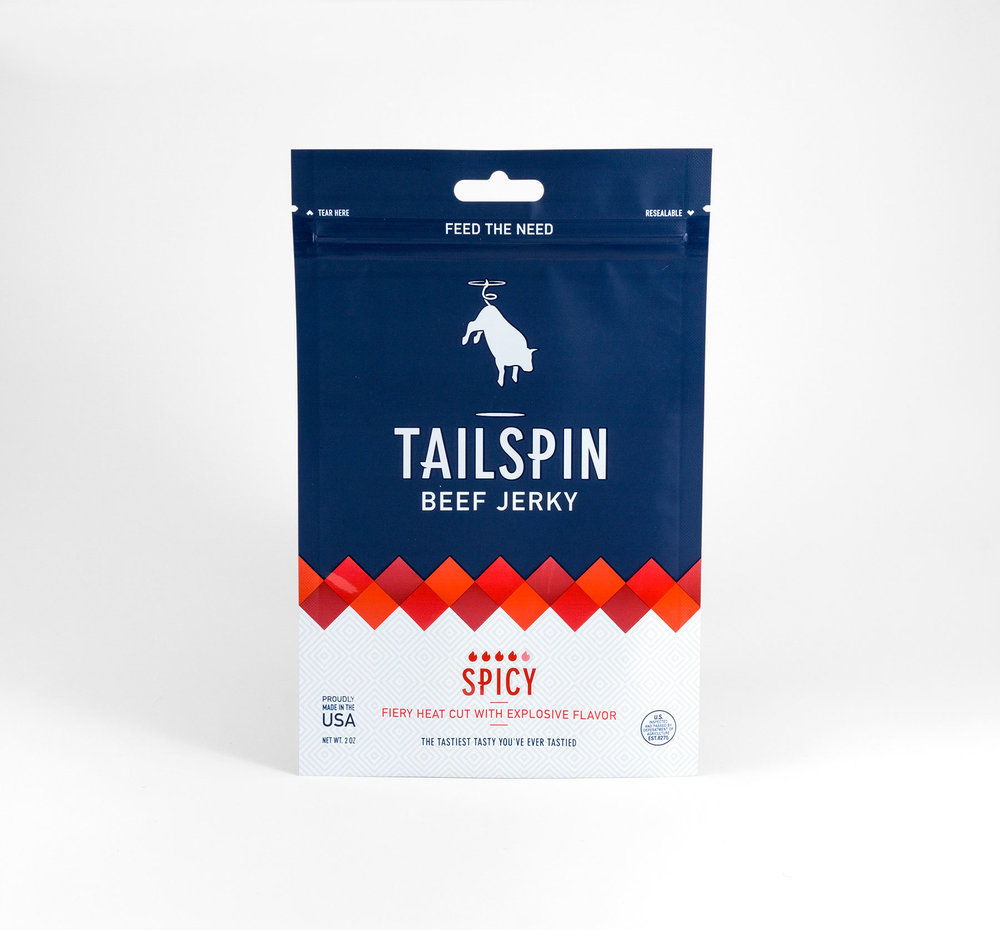 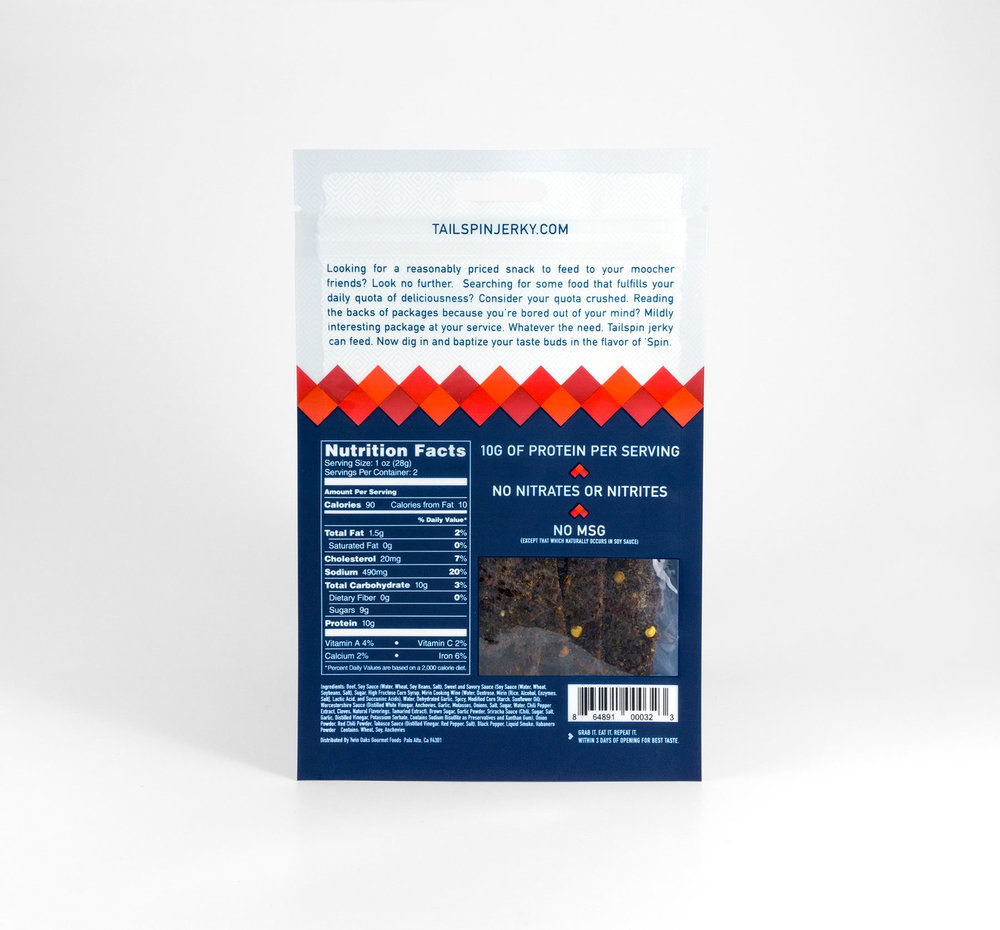 “The bags feature a bold dividing line representing the waves of flavour you get with Tailspin Jerky. This element helps add distinction to each flavour, while simultaneously creating brand recognition in contrast to competing products. The heat indicator icons lead into the flavour and taste profile so within seconds you'll know which bag is perfect for you. On the back of the bag, the brand tone is reinforced through witty copy and a few nutritional stats that are featured above the window which shows off the thick cuts of delicious Tailspin Jerky contained inside.

In the 6 months since launch, Tailspin has already established itself as a familiar face in the offices of many of the largest companies in the San Francisco Bay Area. They’ve also been active in their community, providing thousands of bags of jerky to firefighters fighting the fires in Northern and Southern California. Also, it tastes delicious.” 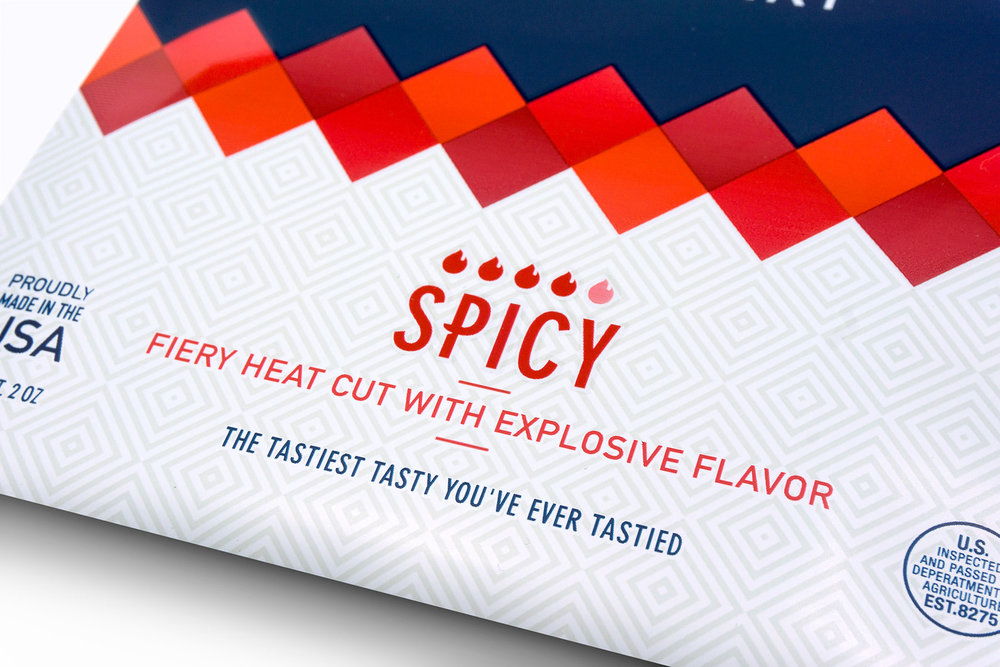 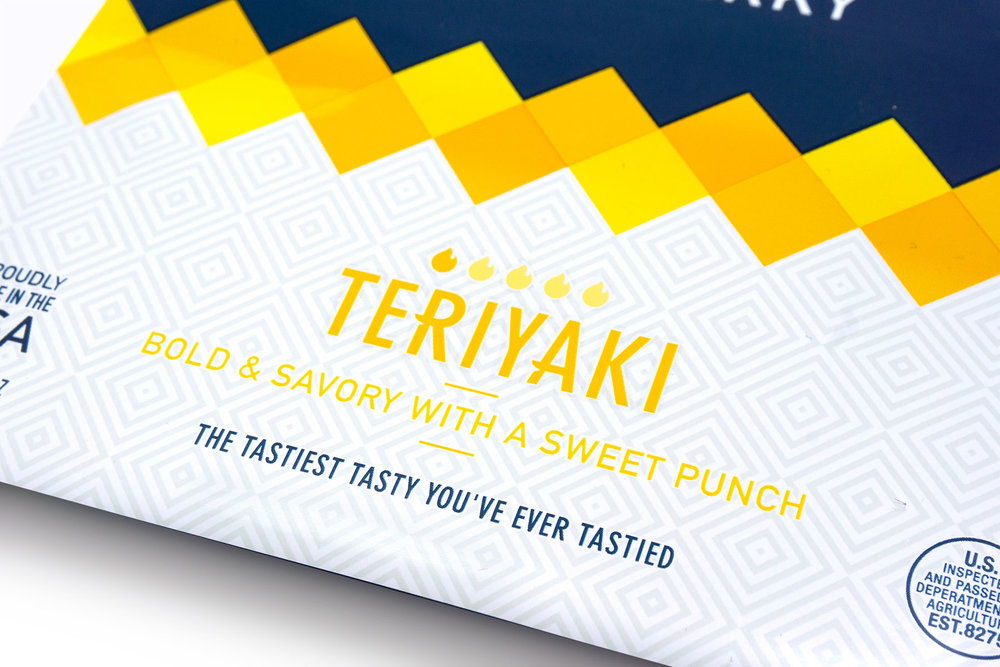 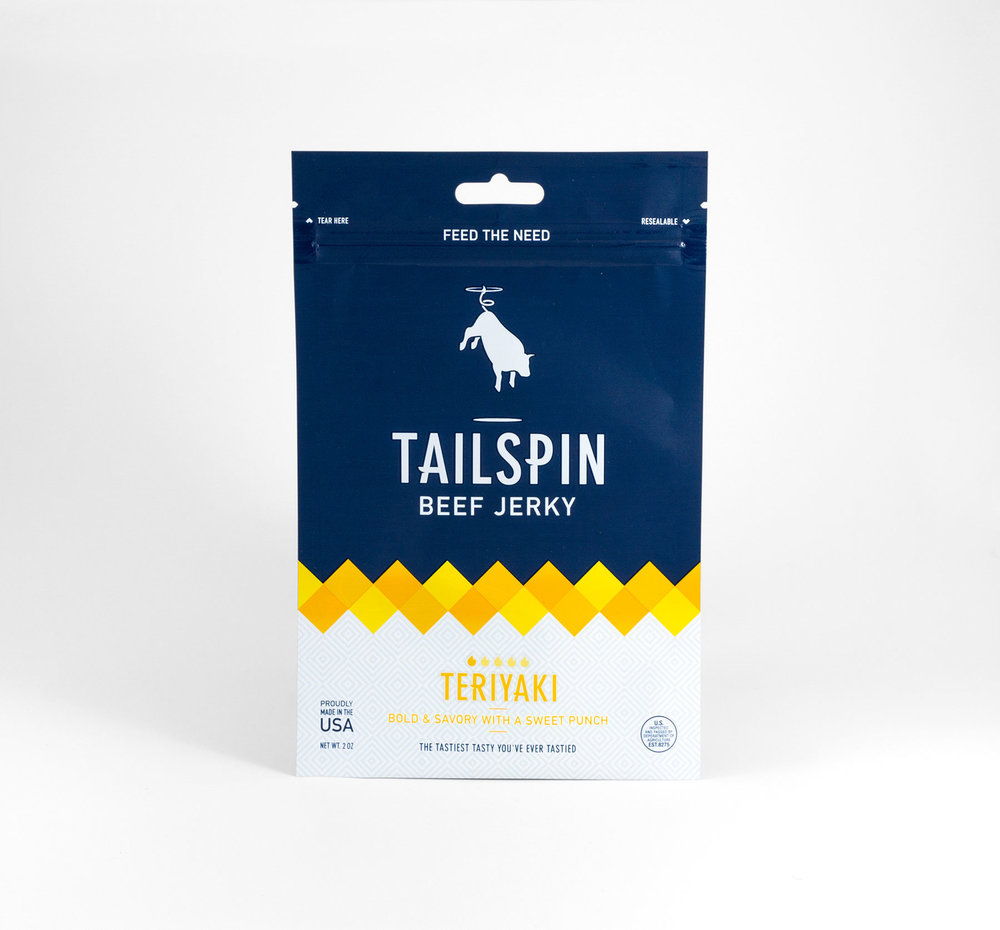 RoGo is an Innovative Beverage That Combines Dairy Servings With Fruit

20 Packages That Feature The Use of Jars